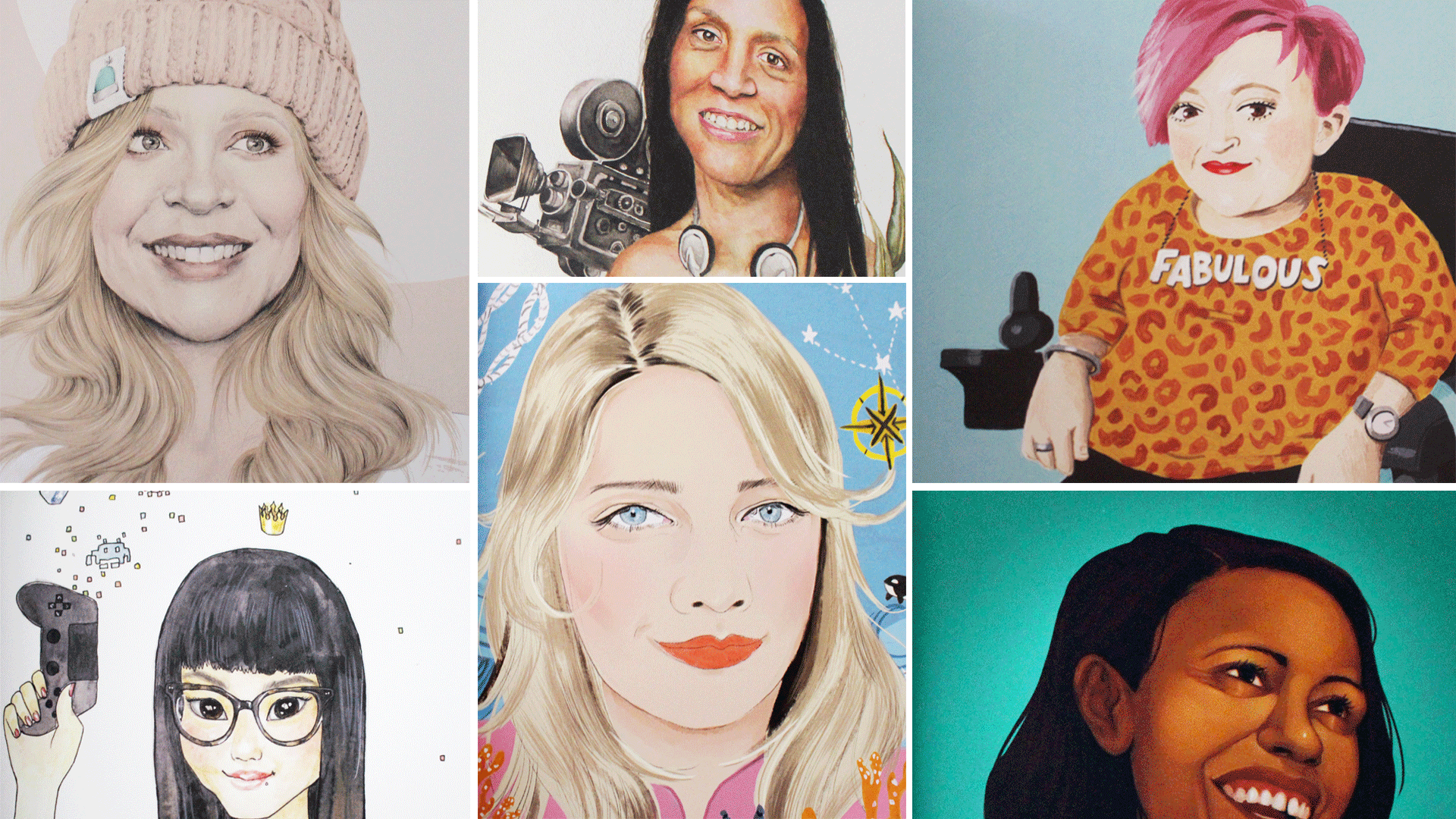 Posted at 12:08h in Celebrate, Inspire by admin

A shout-out to all these amazing Aussie women who continue to inspire and make us proud to be Australian.

March 8th is International Women’s Day, so it’s the  perfect time to be celebrating the lives of some inspiring Aussie Women, who have gone on to do amazing things for our country in all areas from sports, entertainment and music to medicine, historic documentation, intrepid travelling and entrepreneurism. 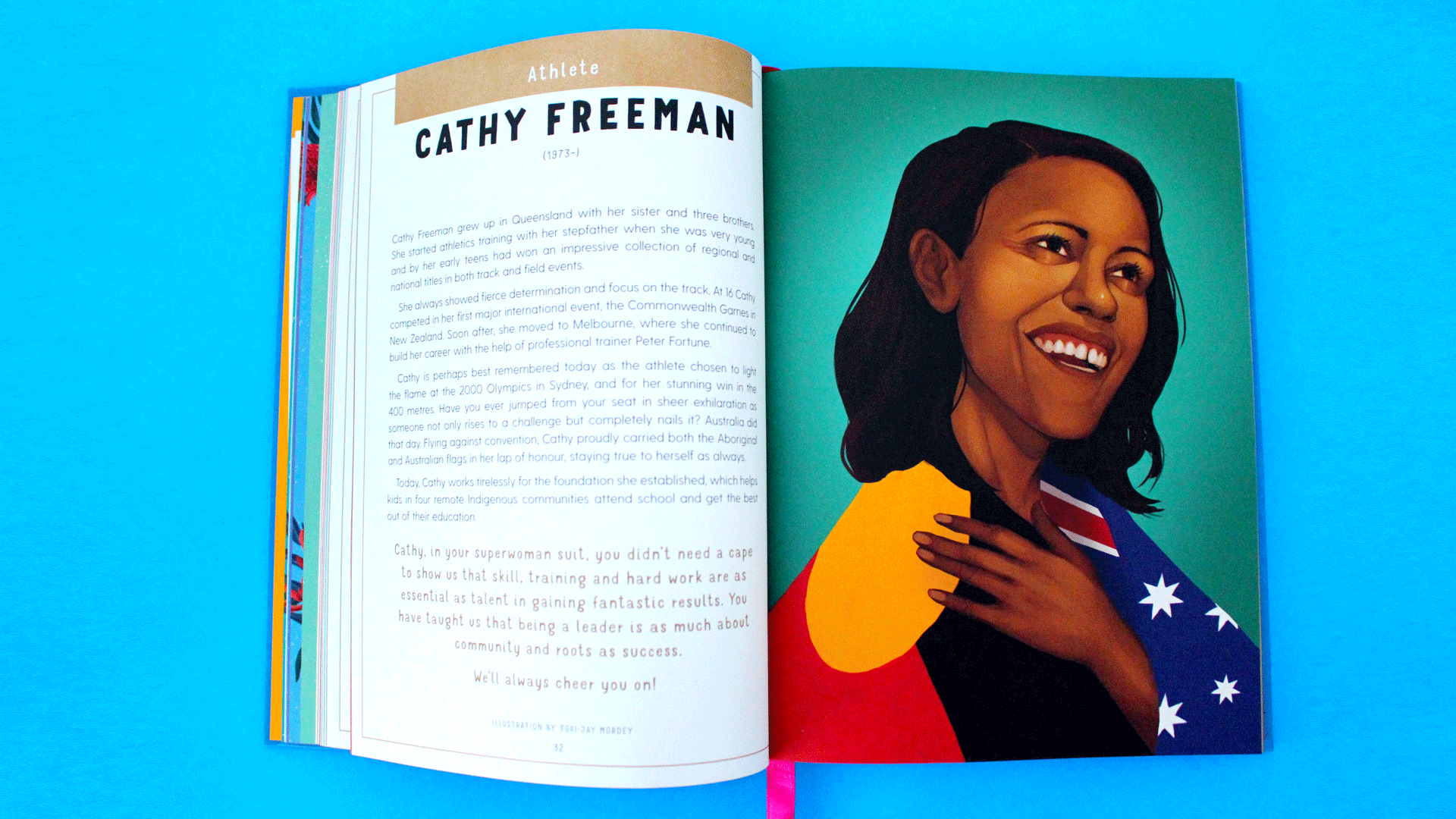 An athlete who was chosen to light the flame at the 2000 Olympic Games in Sydney and championed for her win in the 400 metres run, Cathy proudly carried both the Aboriginal and Australian Flags in her lap of honour, staying true to herself, always. She taught us that being a leader is as much about community and roots as success. 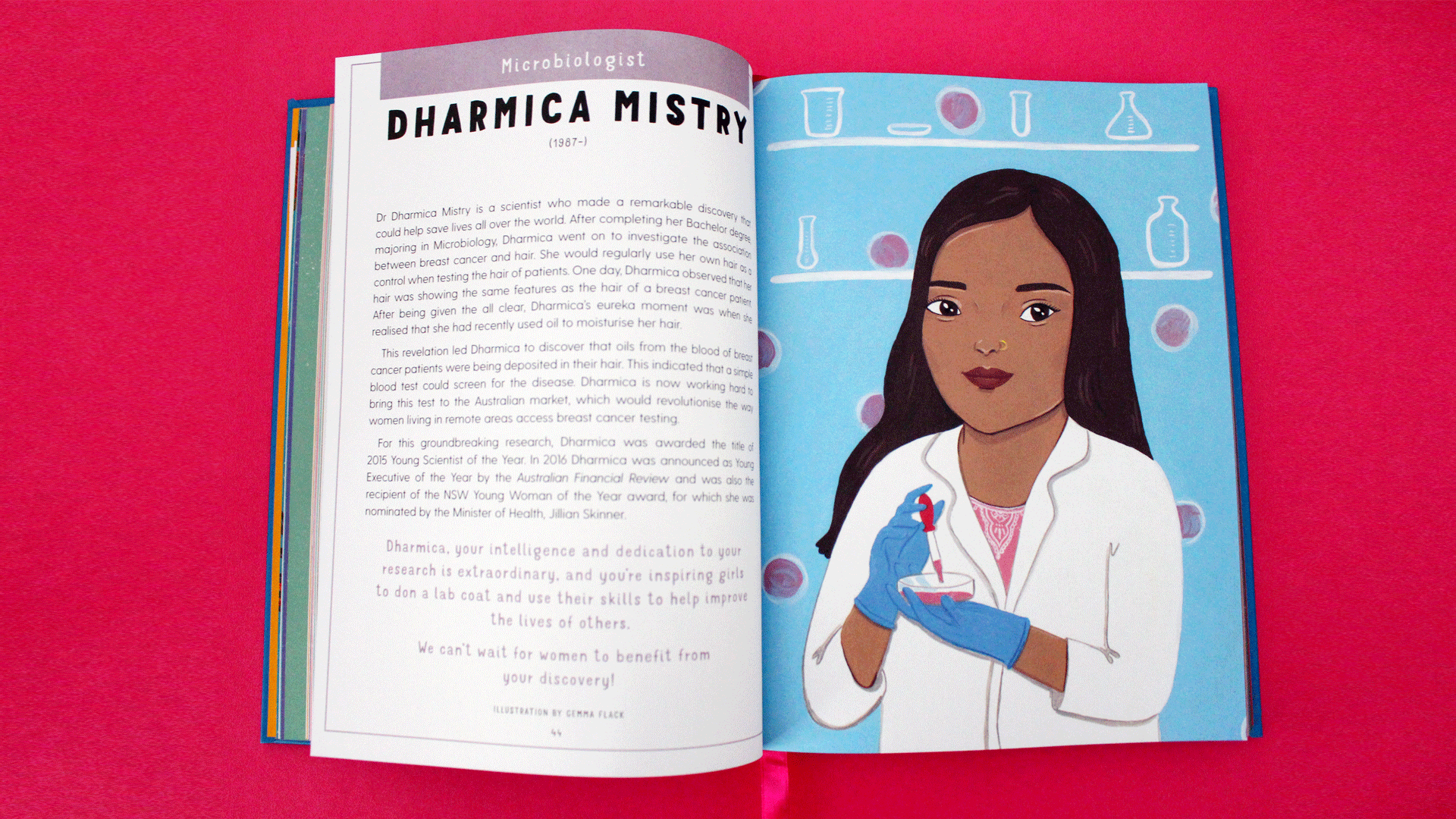 Inspiring girls to don a lab coat and use their skills to help improve the lives of others, scientist Dharmica Mistry made a remarkable discovery that could help save lives  around the world. She found that oils from the blood of breast cancer patients were being deposited into their hair indicating that a simple blood test could screen for the disease. 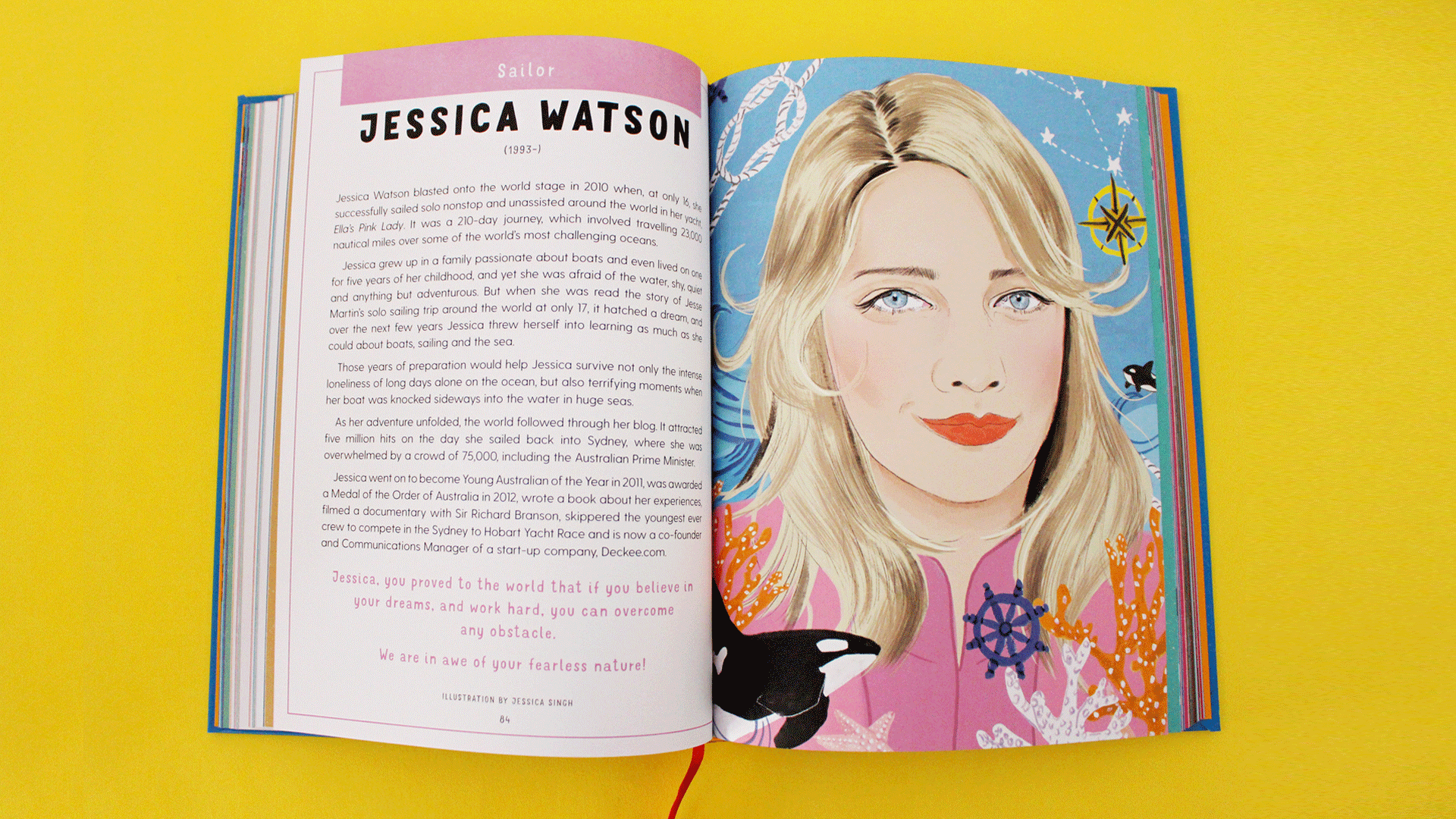 At only 16, Jessica Watson successfully sailed solo non-stop and unassisted around the world in her yacht, Ella’s Pink Lady. It was a 210-day journey, which involved traveling 23,000 nautical miles over some of the world’s most challenging oceans. 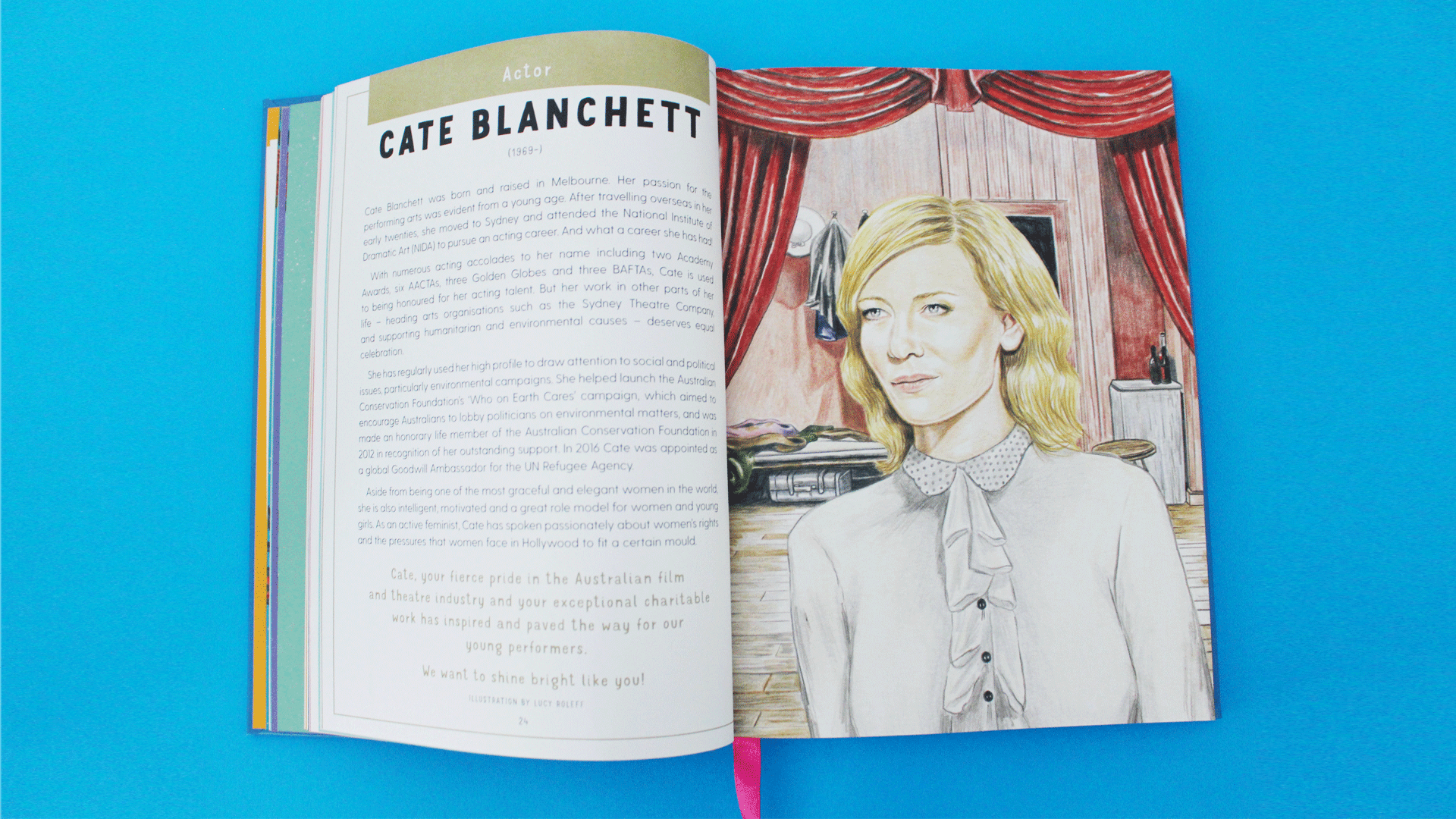 Cate’s fierce pride for the Australian film and theatre industry (winning two Academy Awards, six AACTAs, three Golden Globes and three BAFTAs) and her exceptional charitable work as the Goodwill Ambassador for the UN Refugee Agency, has inspired and paved the way for our young Australian performers. 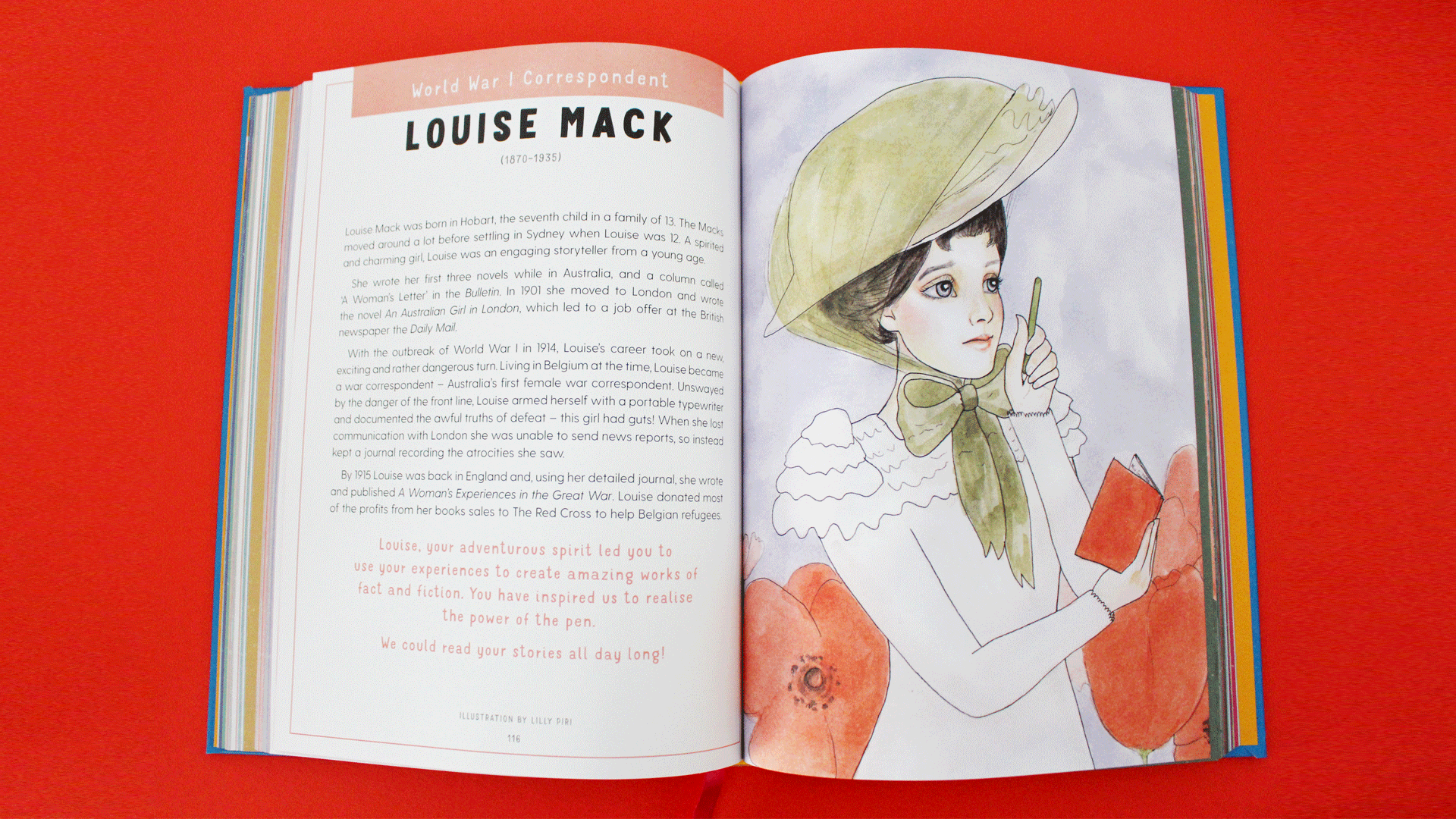 An author and the first Australian female WWI correspondent, unswayed by the danger of the front line, Louise armed herself with a portable typewriter and documented the awful truths of defeat – this girl had guts! In 1915, Louise published A Woman’s Experience in The Great War. 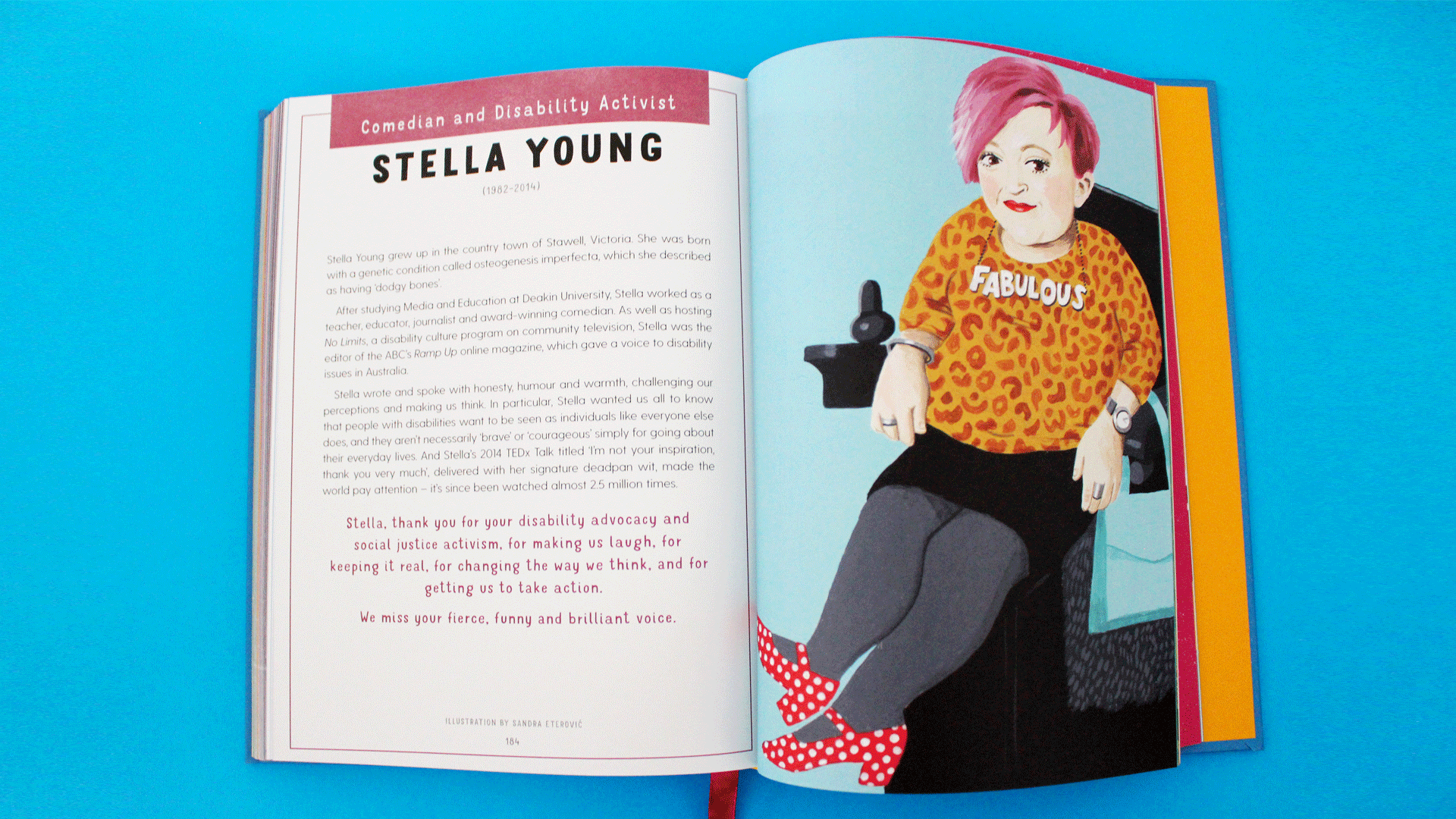 Comedian and disability activist, Stella used her honesty, humour and warmth to challenge our perceptions of society. It was important to her to let people know that people with disabilities want to be seen as individuals like everyone else does, and they aren’t necessarily ‘brave’ or ‘courageous’ simply by going about their everyday lives. 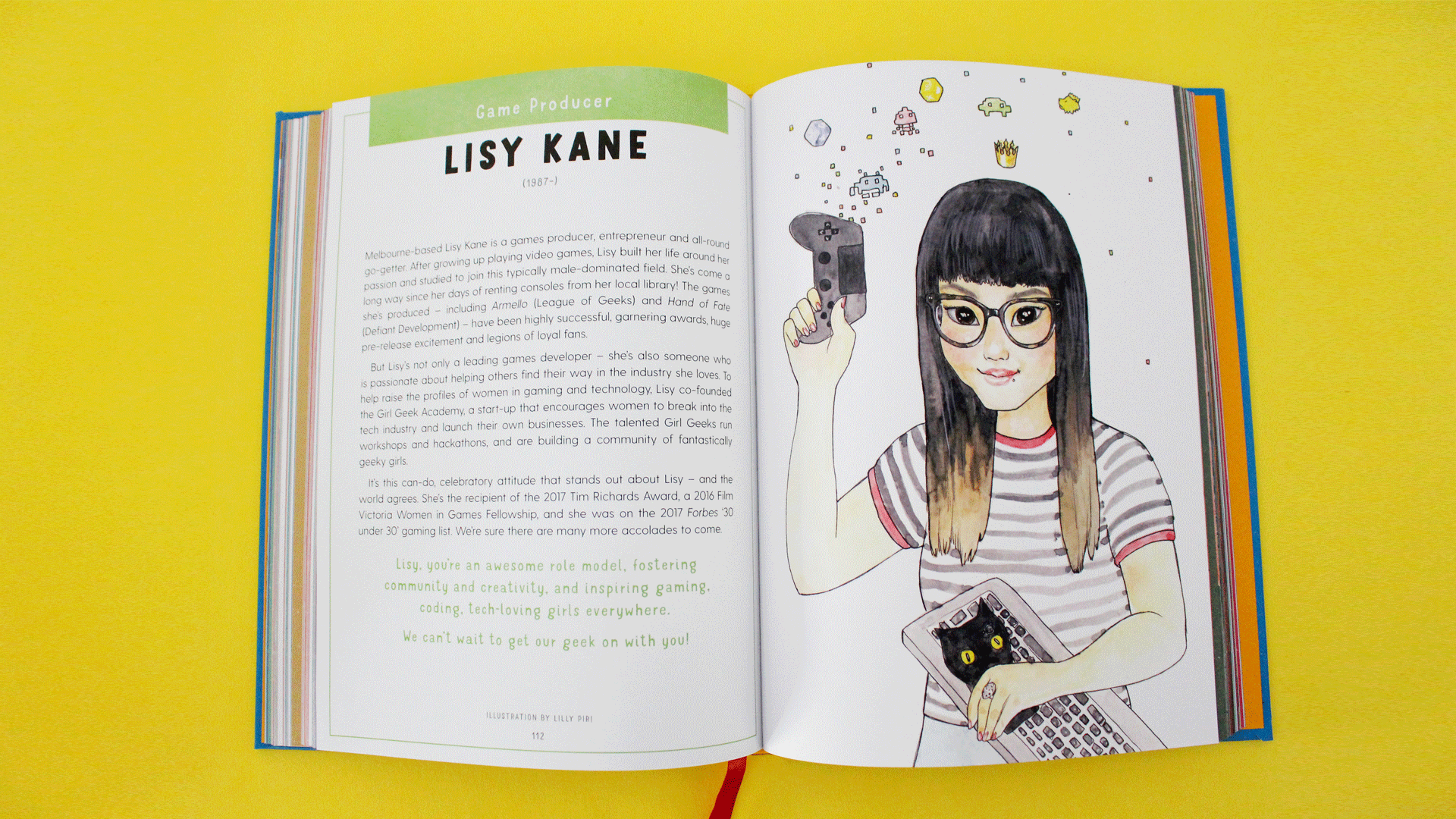 A women in tech breaking new ground, Lisy Kane is a games producer, entrepreneur and all-round go-getter. A leading games developer (Armello, Hand Of Fate),  she also co-founded Girl Geek Academy, a start-up that encourages women to break into the tech industry and launch their own businesses. 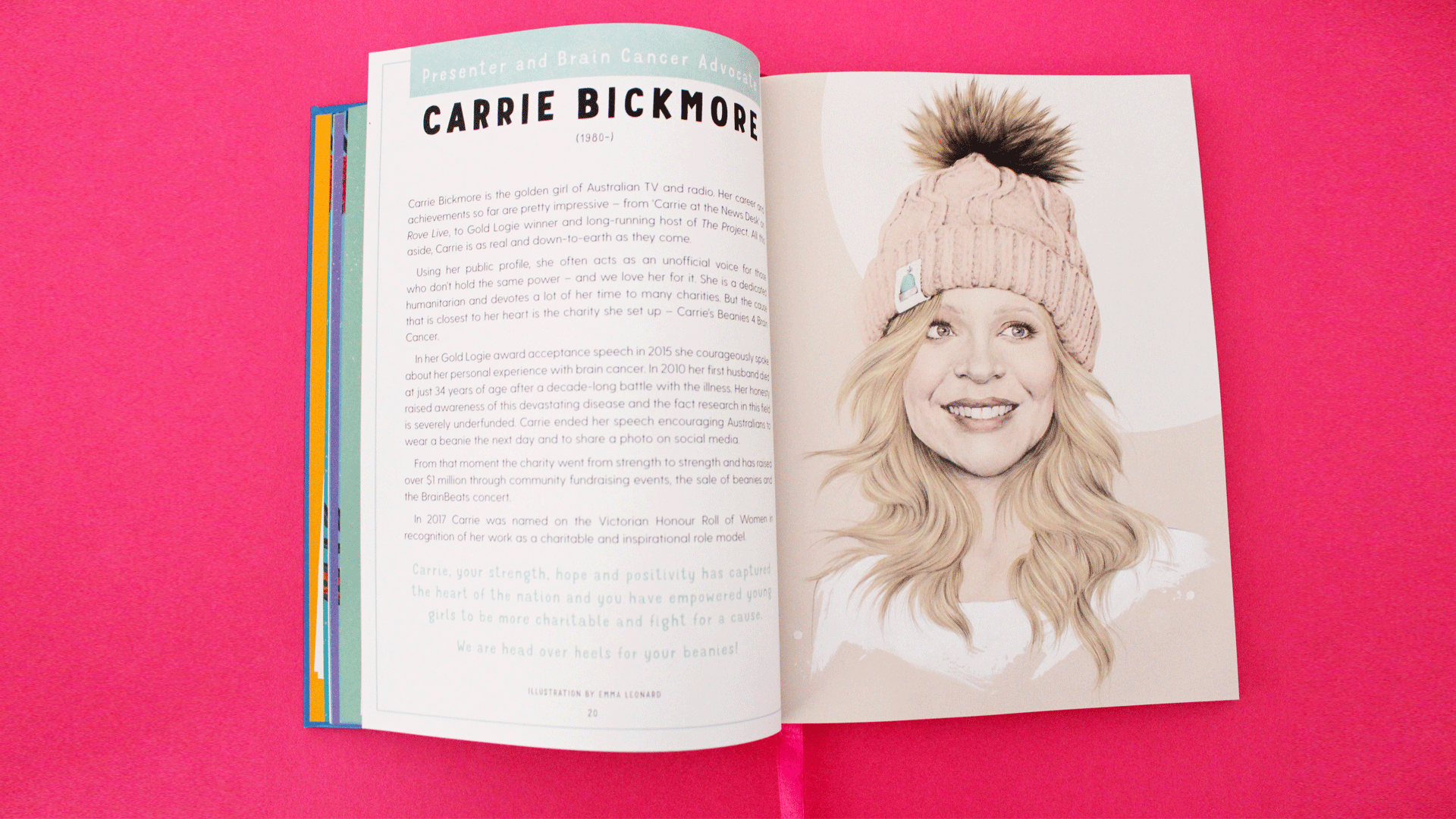 The golden girl of Australian TV (The Project) and radio, she uses her public profile as an unofficial voice for those who don’t hold the same power – and we love her for it. She is a dedicated humanitarian and devotes a lot of her time to many charities such as the one closest to her heart – Carrie’s Beanies 4 Brain Cancer. 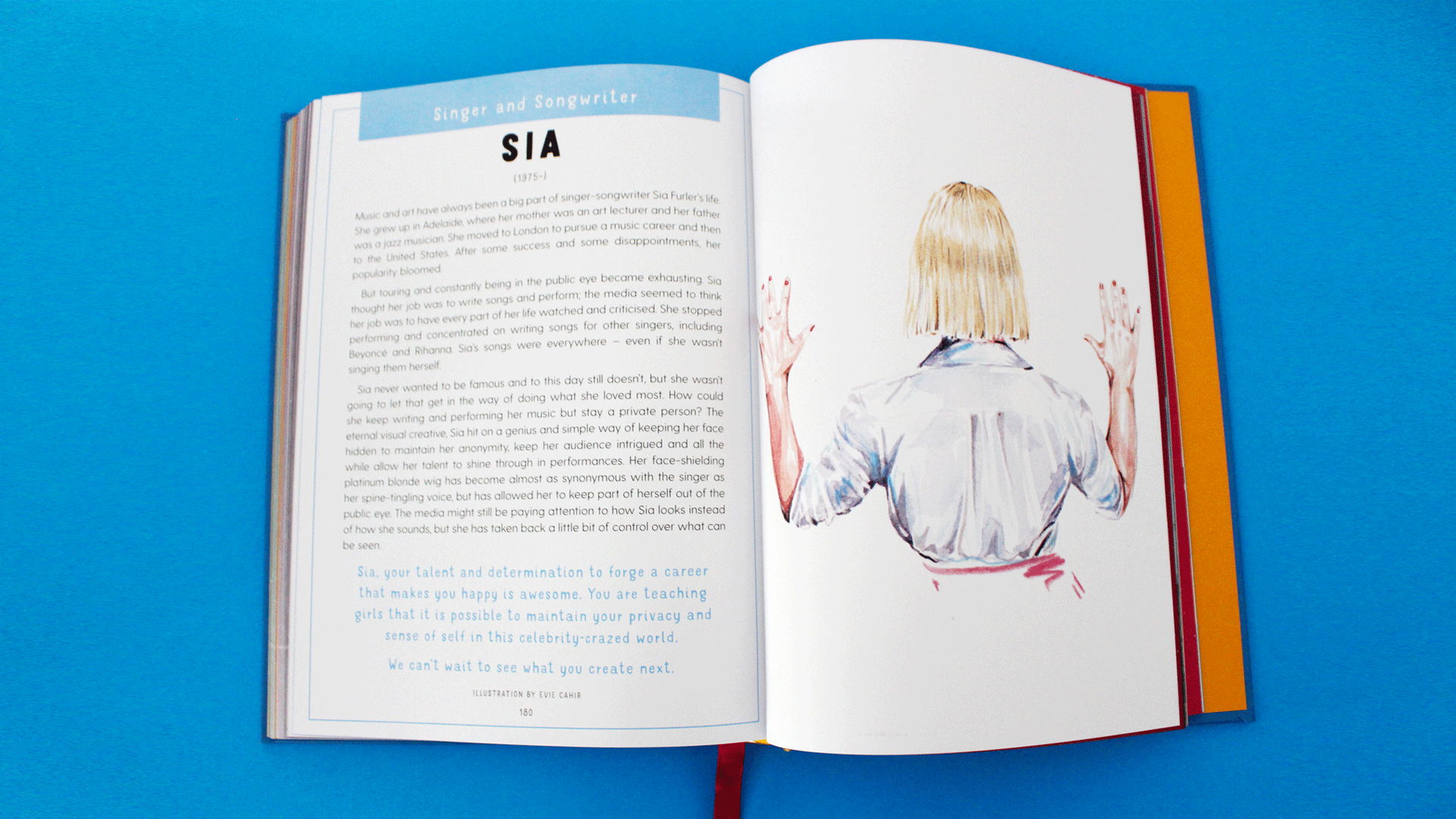 Singer-songwriter Sia Furler has taught us that it is possible to maintain your privacy and sense of self in this celebrity-crazed world. As well as producing her own breakout albums, she has written number one hits for other women artists such as Beyonce and Rihanna. 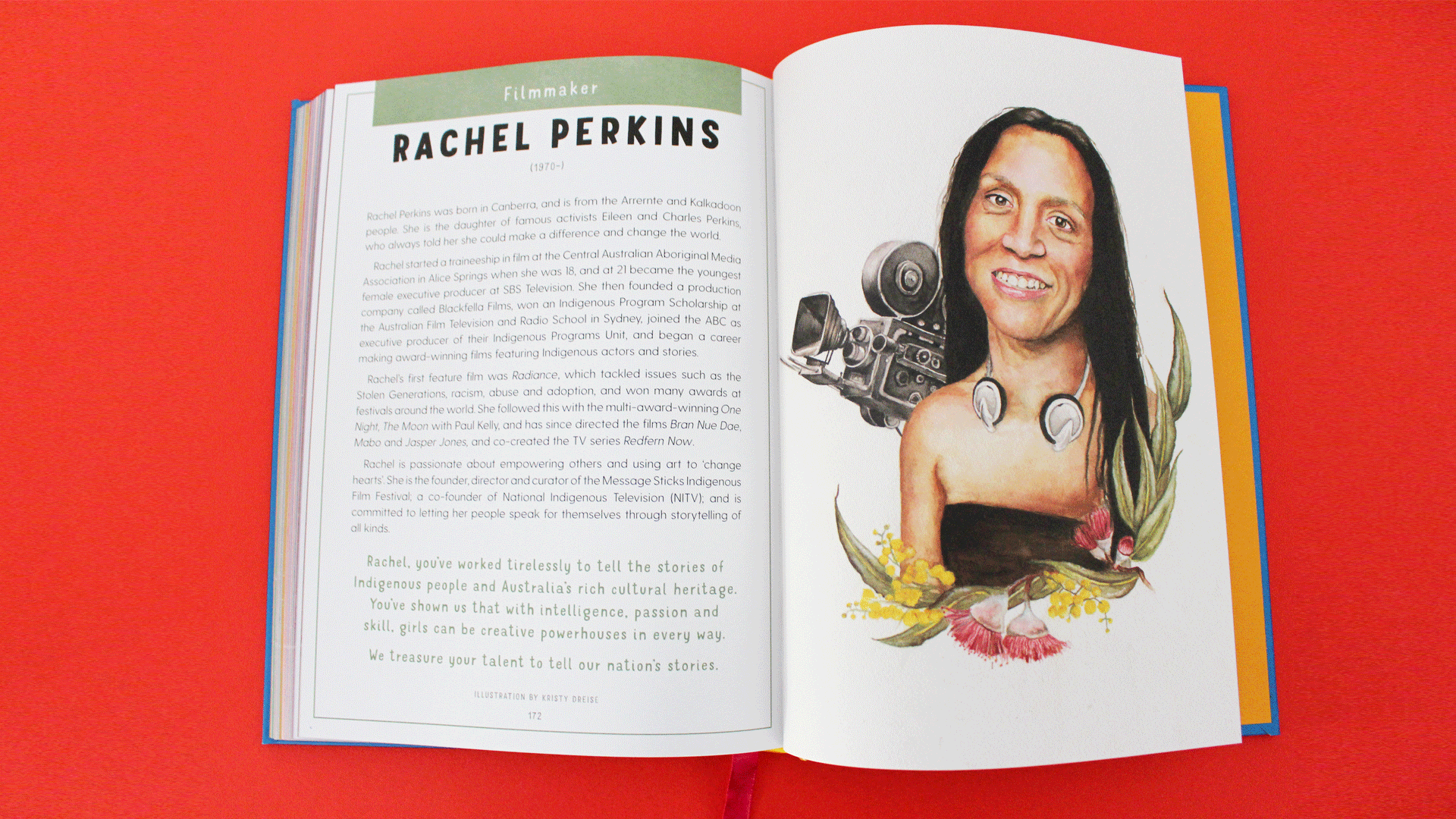 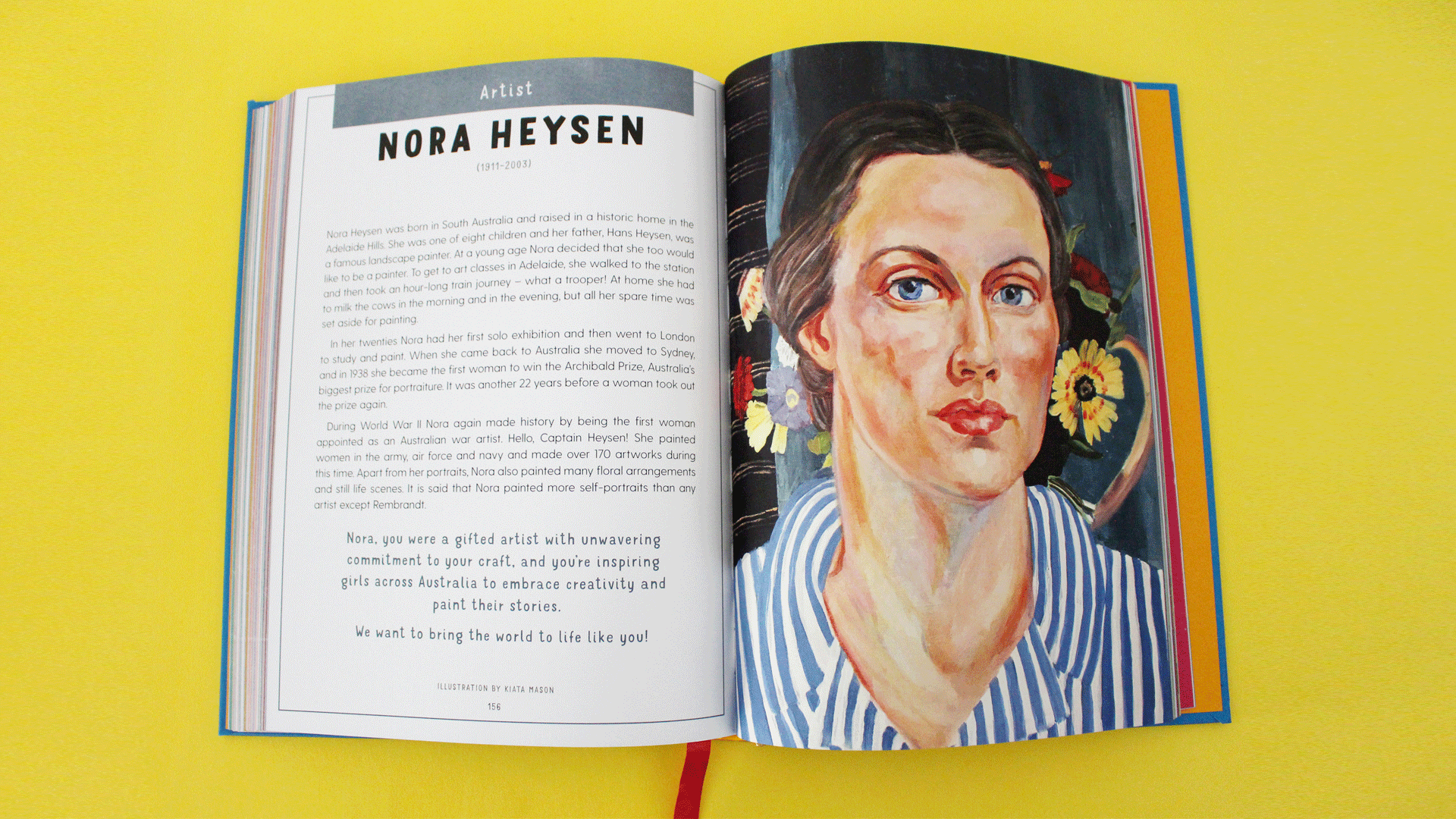 In 1938 Australian artist and painter, Nora Heysen became the first woman to win the Archibald Prize, Australia’s biggest prize for portraiture. During WWII, Nora again made history be being the first woman appointed as an Australian war artist, painting women in the army, air force and navy. 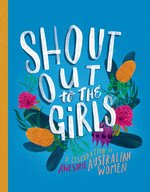 This is an edited extract from Shout Out To The Girls: A Celebration of Awesome Australian Women, published by Penguin /Random House Books, RRP; $29.99, available at all good bookstores and online.

All royalties from the sales of this book go to The Smith Family.