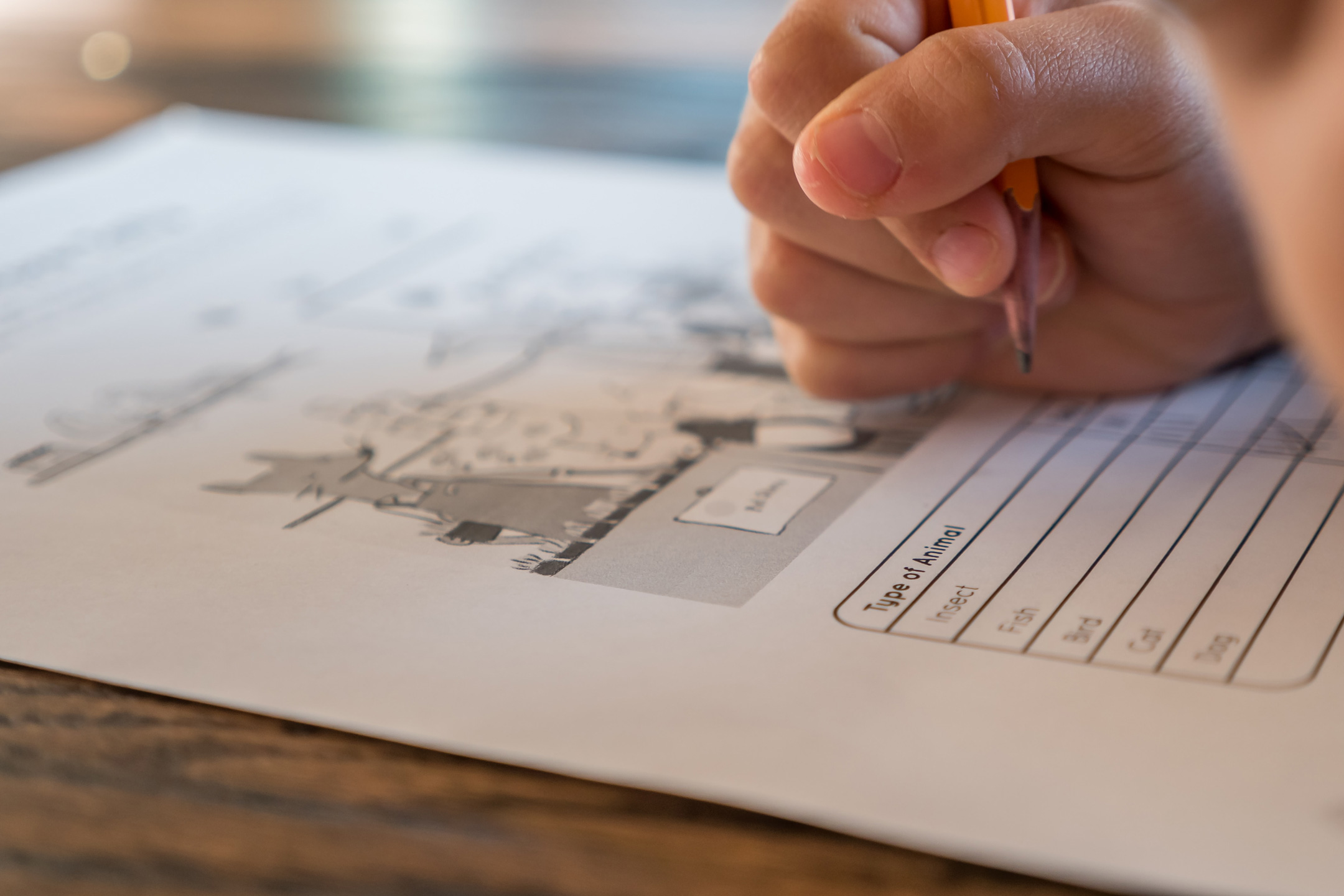 Posted at 06:26h in Education, Inspire by Editor

As writing teachers, we often neglect one of these skills in favour of the other. If we inspire students to write creatively at length but don’t teach them how to use the necessary grammatical structures, they struggle to phrase their ideas well. If we teach students about grammar in isolation, they tend not to apply it to their stories.

But research shows it’s possible to teach grammar as a way to strengthen students’ writing.

My research with year 5 students examined one method of teaching grammar for writing. We can teach students how to imagine the scene they are creating, and then teach them which grammatical features help turn their imagination into text.

I found five effective ways to teach the link between imagination and grammar.

1. Set up the imaginative tripod

Most of the stories students brought to me lacked a clear sense of perspective. I taught students to imagine their scene like a film director – they had to decide exactly where their camera tripod should be set up to film their scene. Placing it above, close, far away from or besides the character creates different images and effects.

Then I showed them how careful use of adverbs, verbs and prepositions create this perspective in writing.

This is done in Philip Pullman’s novel, Northern Lights, to place you right beside the character in the room.

“The only light in here came from the fireplace”

2. Zoom in on the details

Young writers often need help adding detail to their stories. A film director might zoom right in on a character’s hand pulling the trigger on a gun to intensify the action of shooting. A writer does the same. I taught students to imagine significant details up close, which helped them select specific nouns to place in the subject position of the sentence.

In Aquila, by Andrew Norriss, specific nouns of body parts are the actors in the sentence.

“As his feet searched for a foothold, his fingers gripped the grass.”

It is common for students to write about movement in rather static terms, such as “she ran home”. In a film, a director might choose to follow the movement by panning the camera, using a dolly, or filming multiple shots to allow us to experience the full path of movement.

I taught students to imagine watching the movement in their stories through a series of windows – first, second, third – and choose which parts they wanted to include. This helped them choose which verbs and prepositional phrases to use.

In The Fellowship of the Ring, by J.R.R. Tolkien, we watch Bill the pony galloping off through three windows, each with a prepositional phrase.

“Bill the pony gave a wild neigh of fear, and turned tail and dashed away along the lakeside into the darkness.”

I also taught students to describe how much space an object takes up using the same movement grammar, such as stretched along and rose from.

In The Graveyard Book, by Neil Gaiman, we pan across the perimeter of the cemetery.

“Spike-topped iron railings ran around part of the cemetery, a high brick wall around the rest of it.”

When we read a novel, there is always something standing out in our attention: a thing, a description, a feeling, an action. I taught students to think about which part of their scene stands out in their mind, and then use “attention-seeking” grammar to focus on it.

One way to make things stand out is to use grammar that deviates from conventional use, like placing adjectives after nouns. Another way is to use repeated grammatical structures.

In Tolkien’s The Return of the King we get both of these at the same time to contrast the physical states of the orc and Sam.

“But the orc was in its own haunts, nimble and well-fed. Sam was a stranger, hungry and weary.”

5. Convey the energy of action

Many of the students wanted to create action scenes in their stories, which they did using the previous strategies. However, they lacked the energy felt in an action-packed novel. I showed them a sentence like this one from The Blackthorn Key by Kevin Sands.

“A musket ball tore at my hair as it punched into the window frame behind me, sending out a shower of splinters.”

The students could see how energy transfers across the clauses, like dominoes, from noun to noun. In this case, the energy starts with the musket ball, and transfers to hair, window frame and finally the shower of splinters, carried by the action verbs.

I asked the students to imagine how a chain of action might appear in their stories and select the appropriate nouns and verbs to do the job.