07 Feb A Cough In The Night 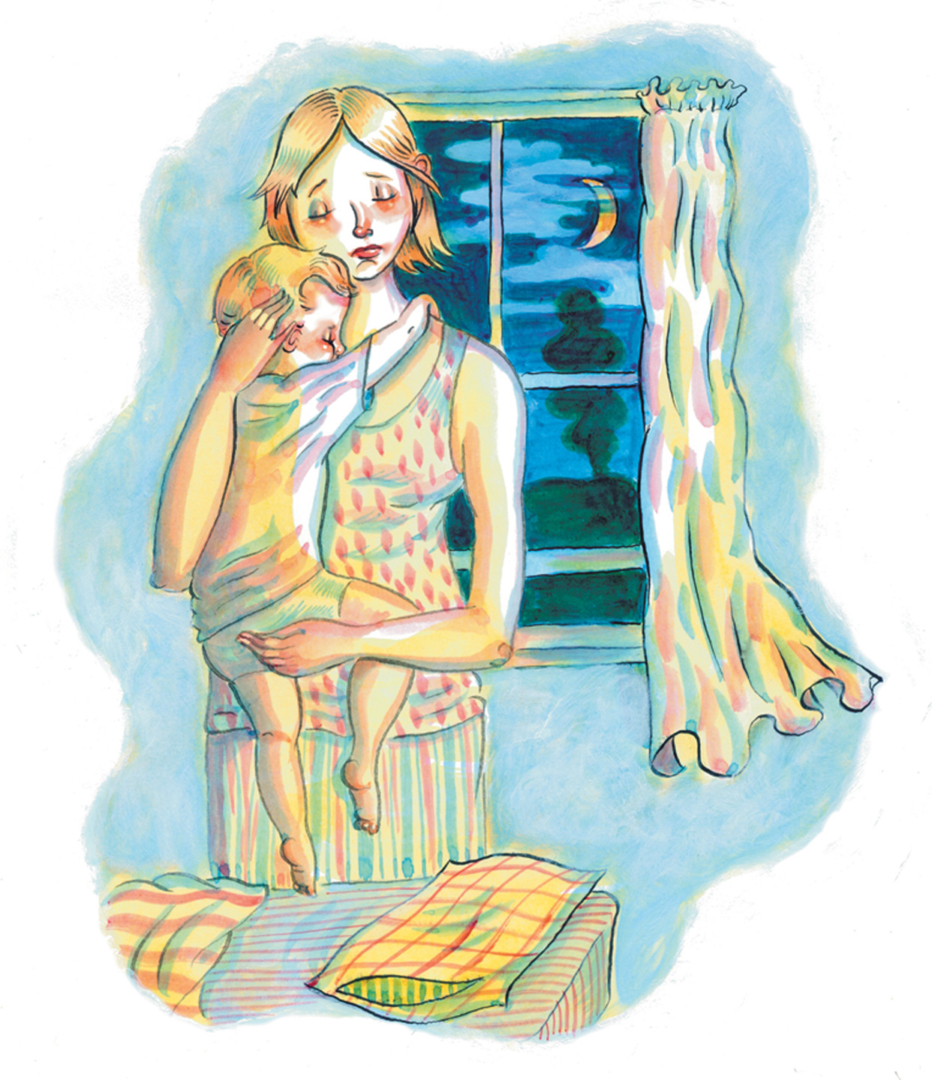 When most people arrive at their holiday destination, they usually unpack, go into town, head to the beach or just kick back and start to unwind. On our last trip, the first thing we did was check out where the local hospital’s emergency department was. Fun, I know. But we have a good reason: our four-year-old son has a condition that can cause him to wake up in the middle of the night, struggling to breathe.

The first time it happened was the most frightening.

His condition, called spasmodic croup, is like ‘normal’ croup except that it comes on suddenly and severely, like an asthma attack. The lining of the upper airway swells up quickly, making it hard for air to get through. Sometimes there is no warning; at other times, a slight cold or runny nose puts us on alert. It’s more common in winter, but we’ve had episodes at other times too.

During the past year, we’ve had an ambulance to our house eight times, with most attendances ending in a trip to the hospital. On three occasions, our son’s attack was so severe that the paramedics had to give him adrenaline via a nebuliser.

The first time it happened was the most frightening. It started off with a strange sound that woke my husband and me; a barking, hacking echo that we first thought was an irate possum. We quickly realised it was coming from our son’s bedroom. Racing to him, we found him distressed and struggling to breathe. “Something… stuck… in… my… throat,” he managed to tell us, pointing at his neck and sucking in air. My husband ran to call an ambulance.

I can still clearly recall the utter fear and panic I felt.

The 10 minutes it took for the ambulance to arrive felt like an hour. At that point, we weren’t even sure what the attack was, which made it even more petrifying. I saw my little boy’s precious, short life flashing before me, and felt helpless to do anything except pray. Finally, the paramedics arrived and within minutes of their administering adrenaline, he was breathing more normally. But it took weeks before I stopped having flashbacks to that night, and I can still clearly recall the utter fear and panic I felt.

Our son had several more episodes in the months that followed before we realised this was not ‘normal’ croup. We had other friends and acquaintances whose children had suffered croup and they expressed surprise that we had had to ring an ambulance. We began to feel that perhaps we were overreacting, turning into the anxious, hovering parents we thought we’d never be.

Thankfully, all of the paramedics who treated our son reassured us that we were doing the right thing by calling them. The attacks were severe, and our son also had a history of asthma and other respiratory illnesses. “We would tell you if you were wasting our time,” one said.

During this time, we consulted our GP, a paediatrician, scoured the internet and spoke to other parents in an attempt to better understand our son’s condition. It was not until the sixth or seventh serious attack that we finally obtained an appointment to see a paediatric respiratory specialist. She gave us the diagnosis of spasmodic croup, as well as some reassurance (her son has the same condition and, at five, is improving and having less severe attacks). Unfortunately, there is no method of prevention or cure for spasmodic croup, but usually, children grow out of it by five or six years of age, as they grow bigger and their airway widens.

We are working hard to keep our son healthy

We are now well versed in what to do when one of these attacks comes on. While this helps, it doesn’t take away the anxiety we feel or the emotional and physical exhaustion of dealing with these stressful events, especially as we also have another child to look after.

In the meantime, we are working hard to keep our son healthy by continuing to give him nutritious food, and making sure he gets enough rest and plenty of fresh air. We’re trying supplements such as fish oil to boost his immune system, and we hope that this will have some benefit.

We’re also taking a few precautions for his safety and our stress levels. We can’t holiday anywhere too far from a hospital emergency department as we are not sure how long an ambulance will take to come (at home we know it’s about 10 minutes). We’ve decided that for this year we can’t leave him at night with babysitters, so our plans for dinners out together and with friends, now that our other son has turned one, have been put on hold.

These restraints on our lifestyle, while mildly annoying, still enable us to live the life we want to, for the most part. Unlike many other life-threatening illnesses, our son’s illness is one that he will more than likely grow out of. That, along with the fact that we live in a country where the medical care we need is affordable and accessible, is something for which we are thankful.