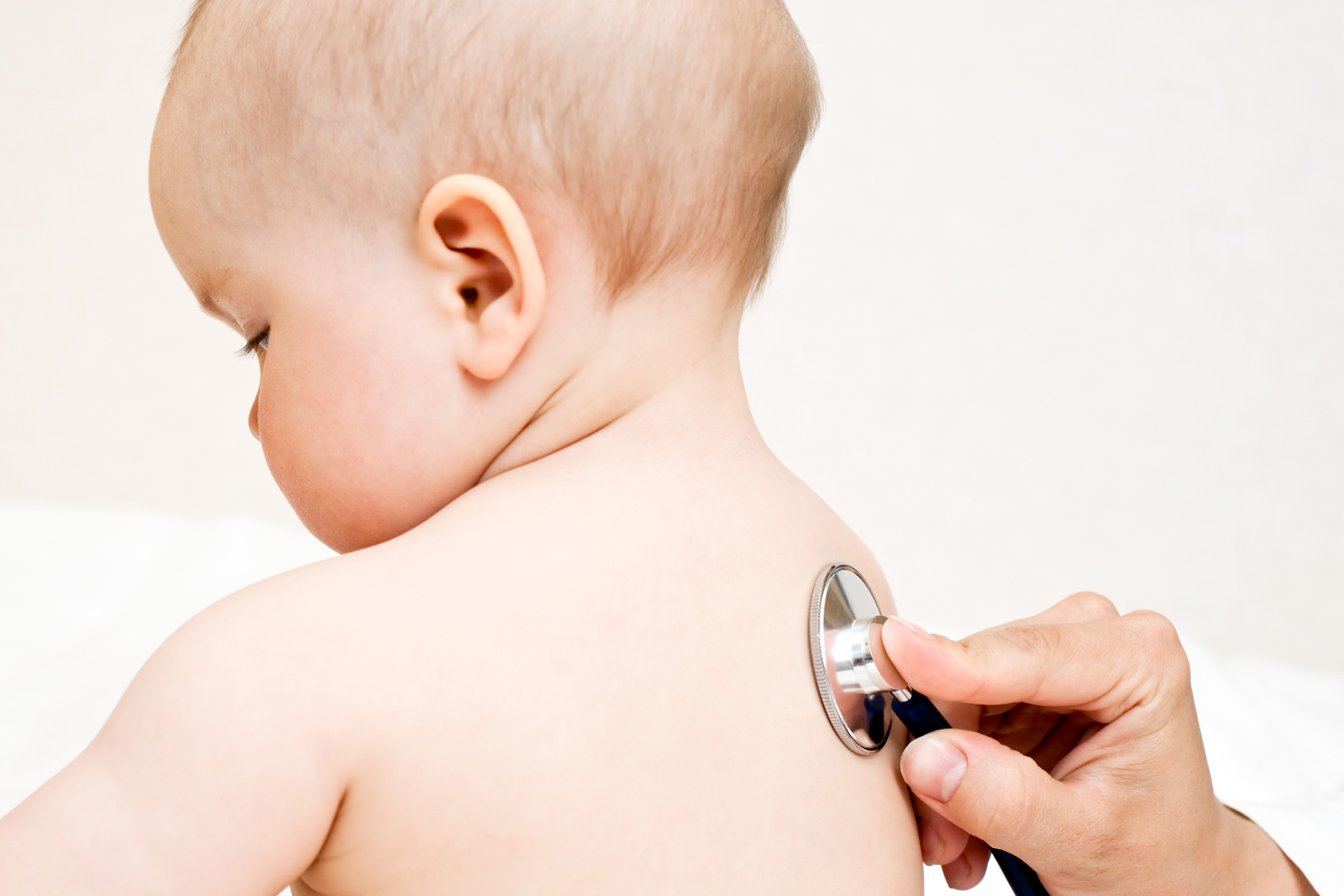 It’s not easy to accept that your baby must undergo surgery, writes Jennifer Hardy.

At the 19-week scan of my pregnancy, the technician told us that our baby had an extra ureter. The ureter is the tube that connects the kidney to the bladder. There should be two, but he could see three. He mentioned it as we were walking out the door, as though in passing. What was meant to come across as a matter-of-fact remark sent us into a spin as we walked through the corridors and out of the hospital.

A week later, I mentioned it to a friend. She told me of someone she knew whose baby needed surgery to fix a kidney problem. The thought was like a slap in the face. ‘That won’t be happening to us. Babies don’t get operated on. It’s not right. They’re too little. The thought of a baby being under anaesthetic is disturbing. Plain wrong.’

When Erin was born she was put on antibiotics. And when she was just a few months old, we commenced the tests to determine exactly which bits had connected to which pieces within her tiny body. The procedures started with a painless ultrasound and progressed to a couple of traumatic examinations that involved strapping her down to a table and lots of tears.

Mrs Hardy, your daughter has three kidneys. One of them has to go

It turned out that she had three kidneys. I should point out that this is not the medical term. At no point did any doctor say to me, ‘Mrs Hardy, your daughter has three kidneys. One of them has to go.’

They explained that the right kidney had one malformed lobe sitting on top of a fully functioning lobe. They drew us a picture. It looked like three kidneys to me. There was a greater risk of side effects from keeping a malfunctioning lobe than from having it removed. The decision to operate was logical. Rational. After each consultation with the surgeons, we would leave thinking that surgery was inevitable. That thought was so distasteful that my husband and I would agree not to think about it for a while and put it off until the next appointment. Then, as the next appointment loomed, we would discuss it again. And each time we would optimistically decide between us that surgery wasn’t actually required.

We came up with lots of good reasons why Erin was just fine the way she was. But each time we went back for a consultation, each reason would be shot down. Eventually, we had to accept that surgery was unavoidable if we wanted the best for her.

Her eyes rolled back in her head, her body went limp and she ‘fell asleep’ in his arms

Then the day of the surgery arrived. I have clear memories of the waiting room. Its white walls, worn brown leather chairs, and wooden doll’s house. The recollections are so vivid because my mind was focused on the ‘here and now’ in an attempt to not drift off into ‘what if’ scenarios. We were told the operation would take about an hour and a half. The time came to take Erin into the theatre, and in the interest of having a calm and reassuring experience for Erin, we decided that my husband should do it. A mask was put over her face and her dad sang her a lullaby, which was harmonised by the nurses and anaesthetist. Her eyes rolled back in her head, her body went limp and she ‘fell asleep’ in his arms.

When I greeted him in the waiting room, he was visibly shaken, and he told me it was a good thing I hadn’t been there. An elderly woman, who was volunteering at the hospital, asked if he would like a cup of tea or coffee. She didn’t get the humour when he asked for a Scotch. Then we waited.

We read Reader’s Digest volumes and celebrity magazines, and we waited. We had another cup of tea. And we waited. When an hour and a half had passed, my husband said aloud what I was thinking: “It’s taking longer than they said it would”. I replied, “We aren’t going to talk about it”. And those were the only words spoken regarding the fact that our daughter was in an artificial slumber, being dangled near the edge of eternal sleep, while her miniature 10-month-old body was punctured and penetrated, in a room only metres away from us.

The next hour was an exercise in mental tenacity to stop myself from thinking about all the reasons why the surgery was taking longer than expected. The practise of meditation is to shut out wandering thoughts, usually thoughts about what’s for dinner or when I should book in my next haircut. But this was an extreme form of mental discipline: to shut out the thoughts as they arose.
It was like using a rubber mallet to slam down the pop-up animals in an arcade game. I simply refused to go ‘there’. That way led to danger. That way led to me panicking, getting hysterical and freaking out in the waiting room.

Close to an hour later, the surgeons came into the room displaying relaxed and smiling faces. They must know how important their expressions are as they enter that room. I imagine that they have practised in front of a mirror and that they pause at the door to assume the required face before they come in. They told us that the surgery had gone well and Erin was fine, then left us to our shared relief.

Then a phone call came through, and one of the volunteers told us that Erin was waking and I could go to her. This was the truly exciting part. They led me through to a room full of other beds, patients and medical stuff, and I stood at her bedside. She was drowsy. Her eyes opened and closed, occasionally looking around. Her body was bloated, and a trickle of something red had caked and dried as it ran from her nose. Once she began to move and became more aware of her surroundings, she started to cry with the heartbreaking sound of a hoarse voice, made coarse and sore from the tube inserted to help her breathe during the procedure.

I stayed in the hospital with her for two nights of recovery and observation. There was a monitor attached to her finger, a drip in her arm, and a catheter tube. The monitor had an alarm that sounded when her heart rate increased, and she was checked every hour for the first 24 hours. I slept beside her on a ‘reclining chair’ that only reclined once beaten into submission. I was on guard for when she rolled over or reached up to tug on one of the cords dangling tantalisingly over her bed. Over the course of the three days, the cords and tubes were taken away one by one, and when each one was removed, this made her more comfortable and was a huge relief to us.

When we left the hospital, my husband and I took turns to carry her to the car. We relished holding our baby without all the extra attachments.

It’s now a year later and the wounds have healed. Erin has three small scars on her back from the keyhole incisions. I imagine that these will eventually be tiny marks on her fully grown body. Three tiny lines to serve as evidence that she once had an extra kidney.