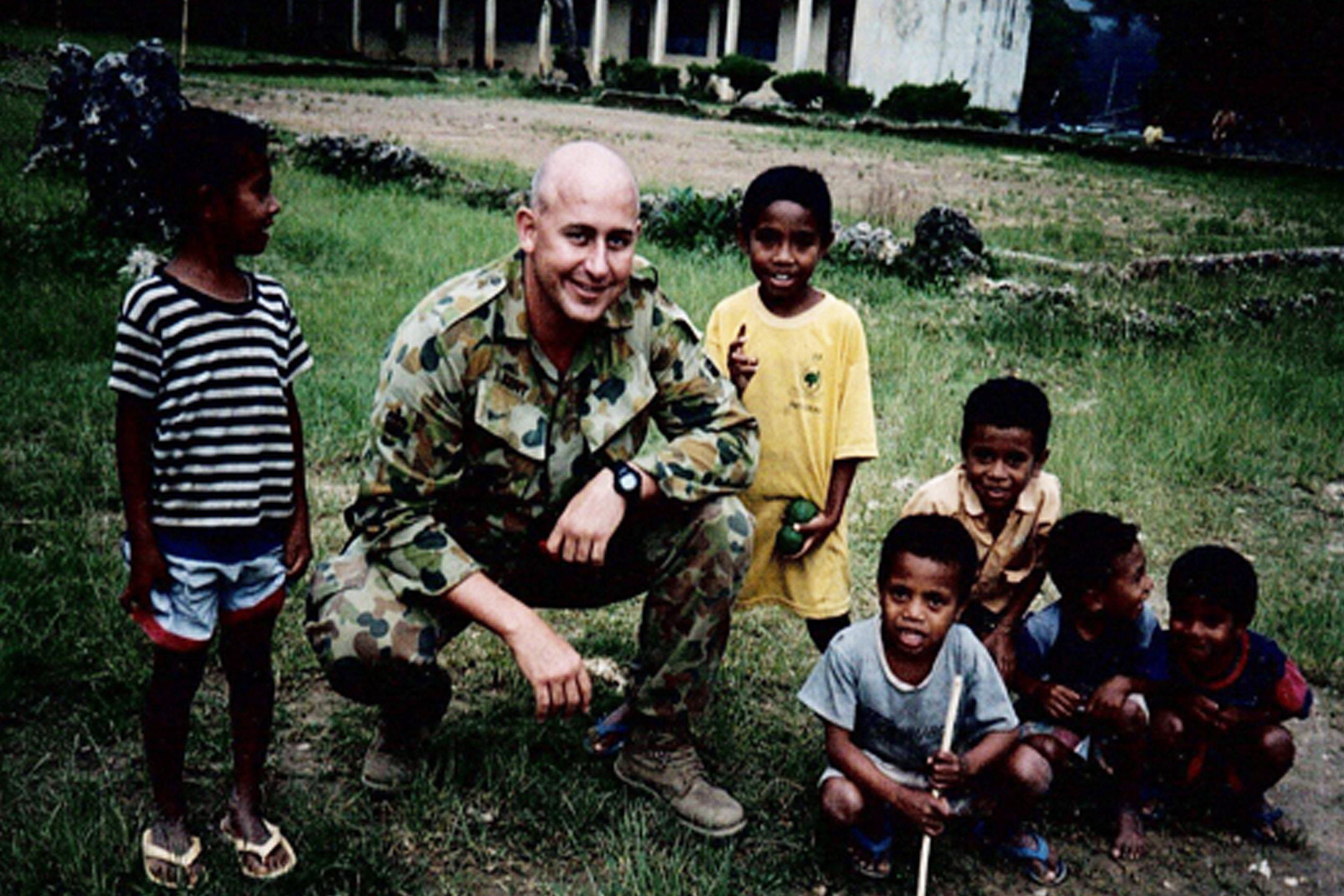 Posted at 11:46h in Editors Picks, Inspire by Staff

Today, the ANZAC spirit continues to live on across Australia as thousands wake at dawn or stop to take a moment on the 25th of April to commemorate our servicemen and women who have made the ultimate sacrifice for our country.

For Queensland Mum, Julie Kent, Anzac Day is an opportunity to honour the 20-year service of her late husband and veteran, Raymond “Flash” Kent.

November 11, 2008 is a day Julie will never forget. Awaken at 5:00am by a phone call, she went to hospital to see her husband, Raymond, who was recovering from a staph infection.

But rather than being shown to his room, Julie was steered in the opposite direction – Raymond had passed away from a blood infection, while he was waiting for a heart transplant. Julie was left behind to care for her two young sons – Jack (aged 11) and Thomas (aged 7) – who had both seen their dad deteriorate over the years.

“I was devastated… the doctor had said he was doing fine and that he was coming home… how could this be happening and how do I walk back into our home and tell my boys that their Daddy has died,” Julie recalled.

Raymond had served for 20 years with the Australian Defence Force (ADF), as part of the peacekeeping force in Somalia and on deployment in East Timor. Yet it was a stroke in 2004, four years before his death, that eventually proved to be his undoing – years after he had left the ADF.

“Flash (Raymond’s nickname!) was proud to serve his country, he would come back with many stories, some good and some that would be a great burden to carry, but this was his job and he owned that,” Julie said.

“It was at the end of his Army career that they would discover his heart issues following a routine health check – little did we know then that this would lead to a stroke and his passing.”

The next few years were a blur for Julie as she tried to protect her sons after the loss of their father and coped with Thomas being diagnosed with autism. That was until Julie’s mother-in-law stepped in and introduced the family to Legacy. 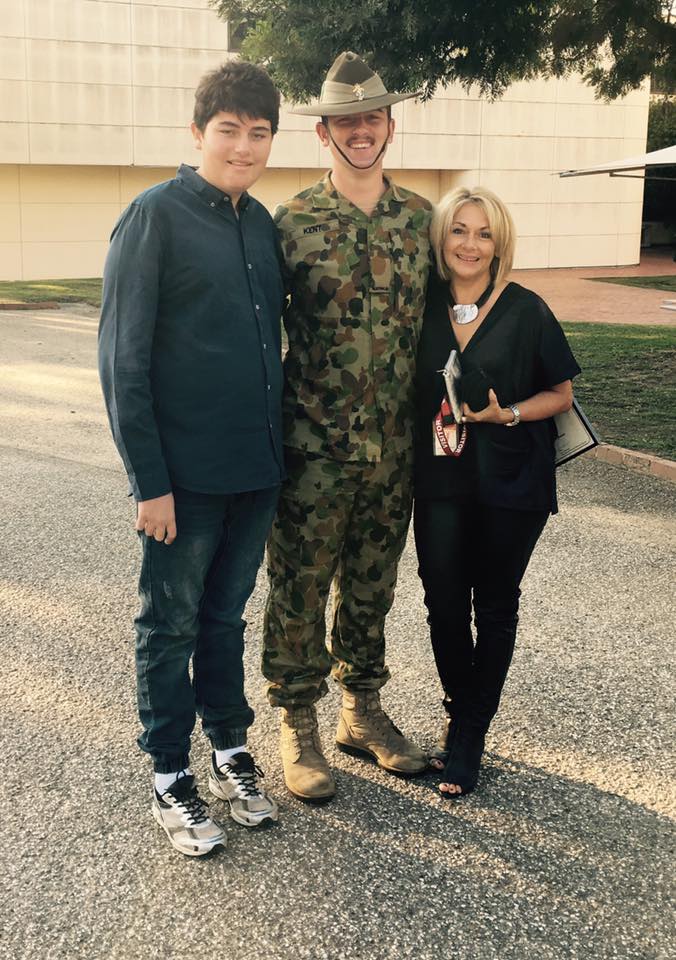 Founded in 1923 on a promise made from one digger to another to “look after the missus and kids”, Legacy support the families of our servicemen and women who have lost their lives or health as a result of their service – families like the Kent family.

“Legacy strives to ensure the families of our veteran community can realise their full potential through our long-term financial, social connection and development support services to over 43,000 widow(er)s, children and people with a disability across Australia.

“We’re an organisation that has been there for the families of our veteran community since 1923 – and on sombre days of reflection like Anzac Day, the opportunity to take a moment to remember the sacrifices of our family’s loved ones makes our work all the more meaningful to continue.”

Legacy has supported the Kent family in the years since 2008 – giving Thomas the opportunity to visit and make friends at the Youth Camps and Jack and Julie the chance to spend quality time together.

Now, in his 20s, Jack is following in the footsteps of his father after reading letters from his father to his mother during his service. He currently serves in the Australian Army at the Enoggera Barracks in Brisbane.

Julie – on the other hand – is inspiring others, becoming a motivational speaker and spreading Raymond’s story and her message of hope and love.

To support the families of veterans, become a Legatee or donate to Legacy, HERE