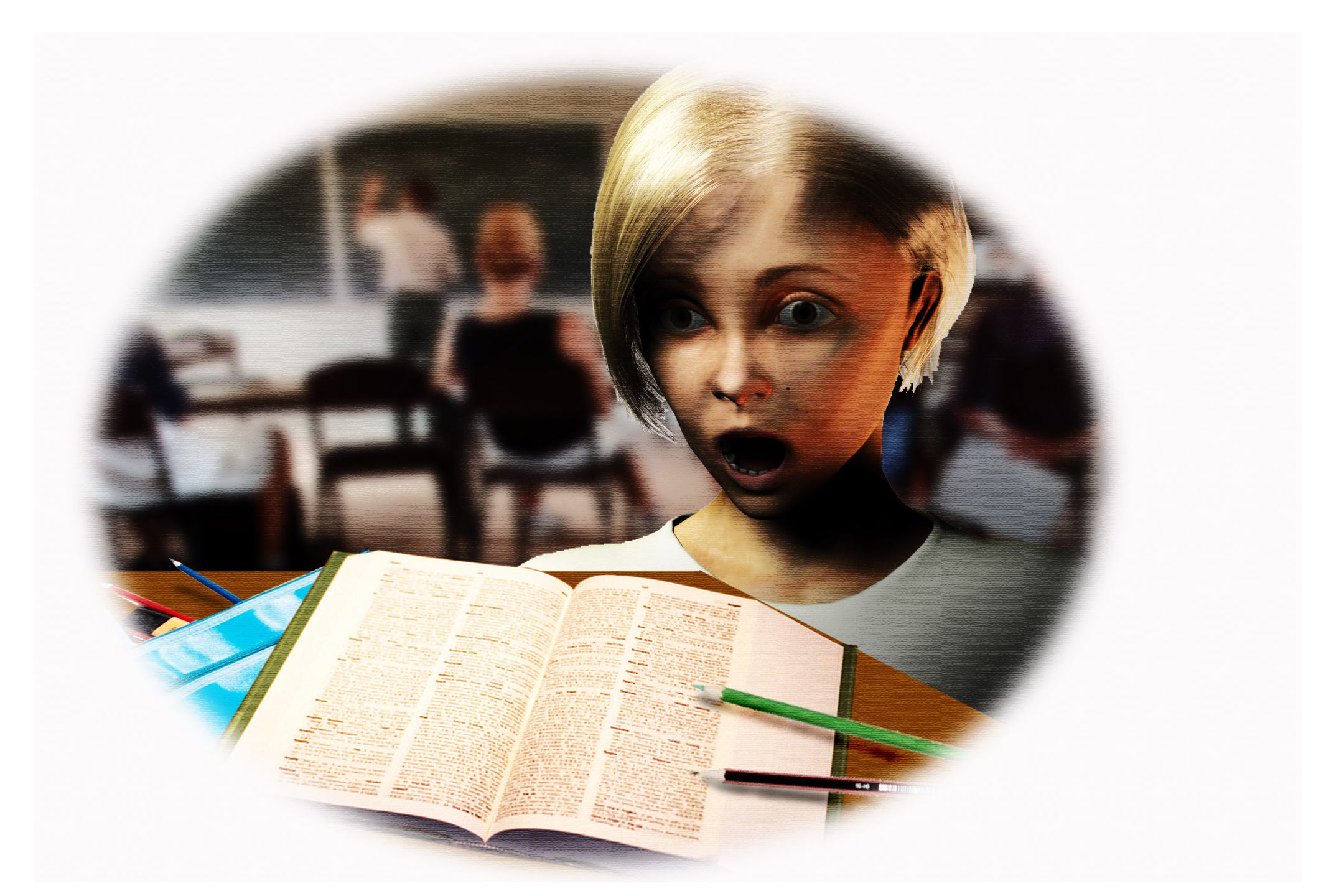 18 May A life of Obsession

When her daughter was eventually diagnosed with obsessive-compulsive disorder, Sue McLachlan finally understood the reason for her daughter’s many rituals.

When my daughter was about four years old, I was impressed that she had a genuine concern for hygiene. She loved to have her bath each day and washing her hands before meals was something she did without being asked. I thought it was great to have a child I didn’t have to argue with about these everyday rituals – a reprieve from what I had to put up with from both of my boys. Entering a public toilet was not something my daughter did willingly. However, if there was no choice, it was up to me to open the door and turn the tap on and off for her. This behaviour did not concern me at the time. Don’t all small children exhibit quirky behaviours as they find their way in the world?

By the time she reached 15, I started to realise that her behaviour had gone way beyond ‘quirky’. She was unable to work on the computer at home unless she covered the mouse with a tissue because it was “contaminated with the boys’ germs”. In the morning, her bedside clock had to read exactly 7.00 am before she could rise from her bed, and she had to do this with the left foot touching the floor first. Dinner could not be eaten until the crockery and cutlery had been thoroughly inspected and subsequently wiped down before use. When eating dinner, she had to eat all the meat first, then the vegetables and then the potatoes. Then there were lollies. Eating M&M’s was fraught with problems as they could only be eaten in their respective colours, with one colour having to be completely finished before she could move on to another colour. Needless to say, I did not buy them very often.

When the family sat down to relax in front of the TV, my daughter had to sit in the same place on the sofa every time. Nobody else was allowed to sit close to her, or to have their feet anywhere near her, or she would scream. In order to keep the peace, everyone reluctantly conformed to her wishes. While watching television, if someone changed the volume and the little indicator on the TV screen showed anything but an even number, there was hell to pay. We all just thought of it as selfish teenage behaviour. If I became angry with her, she would storm off into her bedroom and slam the door.

My daughter travelled by train to school and more than once jumped off, in a panicked state, at a station before hers for reasons she could not explain. Fortunately, her faithful friends jumped off with her and helped her through these little episodes. The only explanations she could give were that she couldn’t stand to be on the train any longer, or that something bad could have happened to her, or there were simply too many people around.

At school, pens, pencils, books and paper had to be lined up straight on the desk. A stray overlapping book from someone else’s desk was enough to cause a panic attack. In fact, one such incident caused her to run out of the room and vomit. Although a very bright student, schoolwork became her main source of anxiety. She was unable to concentrate or apply herself to a subject she did not like, but, conversely, would obsess over the standard of work she was doing on subjects she did like. It was all or nothing. I dreaded asking the question ‘So how did you go?’ after an exam or an assignment had been handed in, as she always claimed to have failed everything. In her mind, the work was not perfect, although when the results came back, she often received the highest mark.

This behaviour appeared gradually but became serious very quickly. One day she came to me with tears in her eyes, and my heart ached as she said quietly, “Mum, could you please find someone who can help me? I’m not normal.” I immediately contacted a local psychologist who took no time at all in diagnosing severe obsessive-compulsive disorder (OCD) – in fact, the most extreme case she had seen in a child her age. This condition involves the patient having recurring and unwanted thoughts and then performing ritualistic behaviours to overcome them. Although they are aware of what they are doing, they find it difficult to control, which is why they often try to hide the way they are feeling from other people.

I was dumbfounded by the diagnosis, and immense feelings of guilt overwhelmed me for having ignored my daughter’s behaviour for so long. How could she have become this anxious right under my nose, without my having realised? The answer is that she kept most of it to herself. All I saw was a moody and often argumentative child. Does this not sound like most teenage girls as they struggle with puberty? That’s what I thought, until I was informed that none of the behaviour she exhibited could be described as ‘normal teenage behaviour’.

I felt like a failure as a mother when I listened to my daughter describe her feelings to the therapist. Apparently, she had not had a good night’s sleep in six months because she would lie awake with a feeling of impending danger, that “someone was going to come into the house and kill her”. She couldn’t stand it if a member of her family stood behind her where she could not see them. How could I have missed this? 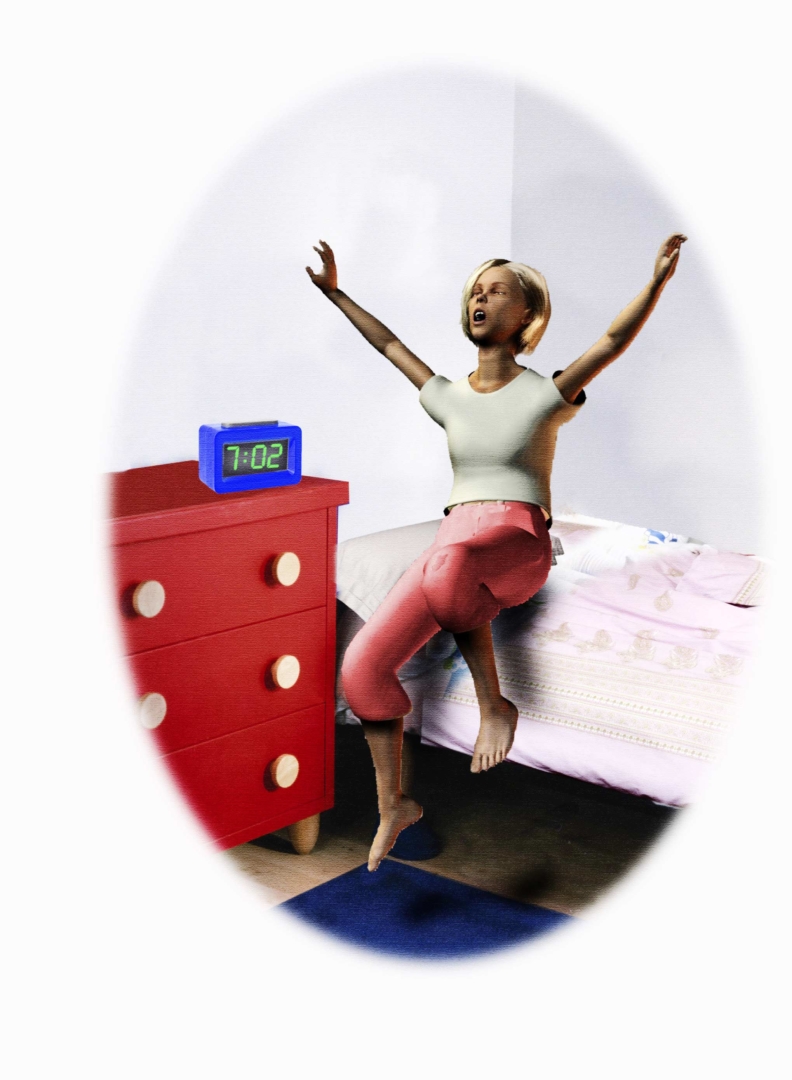 The good news was that once the condition was diagnosed, although it was unable to be cured completely, it was easily managed with medication, breathing techniques and some cognitive behaviour therapy. We were referred to a psychiatrist, who provided an anti-anxiety medication suitable for children, which finally enabled my daughter to have a good night’s sleep. The weekly visits to the psychologist continued also.

Cognitive behaviour therapy is aimed at changing unhelpful thoughts and behaviours. Part of the therapy involves inducing the situations that cause stress to the patient, and then teaching them how to change the negative ways in which they usually think about and respond to the situations. In other words, my daughter learned to cope with her obsessions in a positive way. At home, she was asked to make a point of having the TV volume on an odd number and then allow herself to realise that nothing bad was happening to her as a result. She also had to get up in the morning when the clock said 7.02am and put her right foot down first. Gradually, all of her odd behaviours disappeared.

It took about a year for the worst of my daughter’s symptoms to be brought under control, at which time she came off the medication and was discharged from the care of the psychologist and psychiatrist. Now she is 17, and the only problems I have with her are ‘normal teenage behaviours’. The only obsessions she has retained involve perfectionism in her schoolwork, strong commitment to tasks she is performing, the desire to achieve and the ongoing desire for having a clean bedroom. What parent of a teenage girl doesn’t want that?