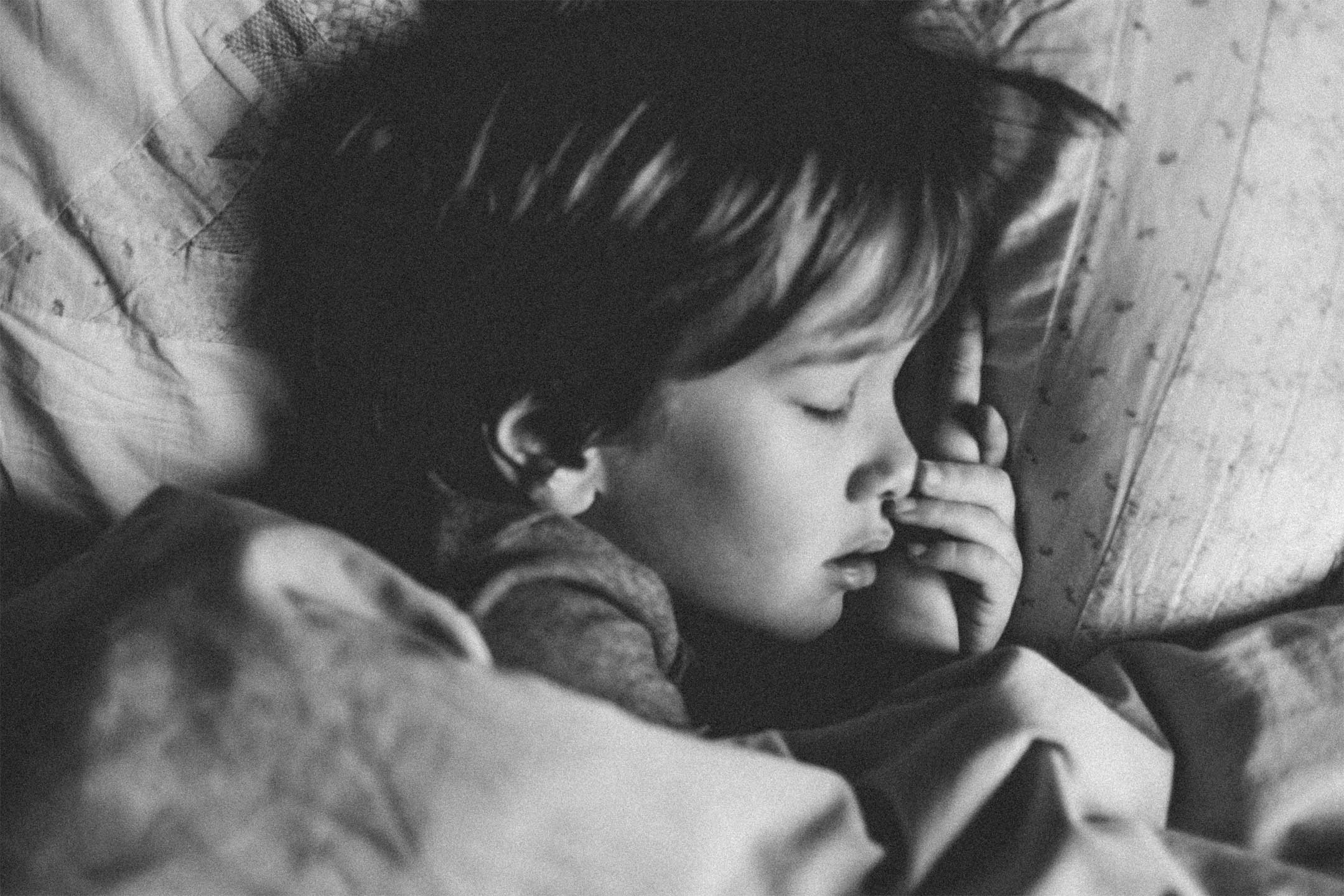 Posted at 15:04h in children's health, Editors Picks by Editor

Although we may think of the average migraine sufferer as an adult woman, migraines occur in people of both sexes and are usually first diagnosed in childhood, writes Dr Sam Tormey.

A migraine can be a frightening and miserable experience for a child.

They often begin with the child suddenly becoming pale and withdrawing to a quiet, dark place where they lie down, unwilling to move. Bright lights, loud noises, strong smells and any movement of the head can all make the developing headache much worse. The pain will often be enough to make the child cry. Nausea, vomiting and diarrhoea may then ensue before sleep terminates the attack, which usually lasts between one and four hours. Ouch!

Migraines are strange beasts. Fascinating to doctors, but maddening to patients, migraines have defied a clear scientific explanation. For many years, the headaches were thought to be caused entirely by the abnormal constriction and relaxation of blood vessels in and around the brain. However, recent research suggests that abnormal firing of neurons, such as is seen in epileptic fits, is also implicated, and this may explain similarities between the two disorders. 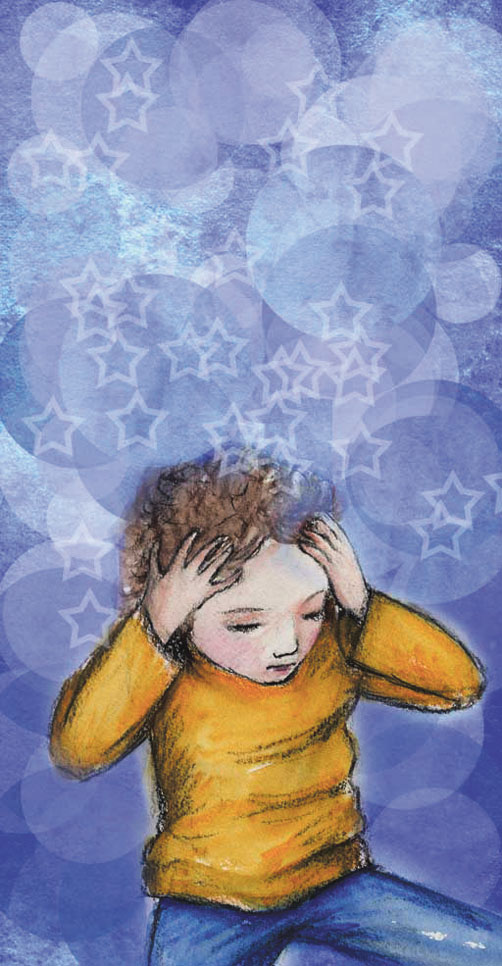 Whatever the exact cause, migraines can have an extraordinary range of symptoms, sometimes without any headache at all. Some children will suffer an ‘aura’, or warning of the attack, minutes before the onset.

This may consist of flashing lights, blurred vision or strange patterns in the visual field, or just a general sensation that a migraine is imminent. The attack itself may have unusual features, such as partial (and temporary) paralysis of one side of the body or the eye muscles, difficulty in walking or balancing, ringing in the ears or even a type of delirium.

Some children may have migraine symptoms without a headache – episodic abdominal pain or vomiting is often eventually diagnosed as a variant of migraine. Other children may have only the aura and no headache or other symptoms. And, of course, the patient may be too young to tell you that they have a headache. Attacks of head-banging or unexplained screaming and vomiting in infants or toddlers may also turn out to be migraines.

I’ll never forget the first child I saw with a migraine. He was about 10 years old and was rushed to the hospital from his classroom, where he had suddenly become quiet, sleepy and then unable to move his left arm or left leg. His distraught teacher assumed that he was having a stroke. However, after much testing and scanning, he was diagnosed with hemiplegic migraine, an uncommon, and often strongly genetic, variant of the common migraine. He recovered after an hour or so but went on to have further attacks, never once with a headache.

About one in 20 Australian children will suffer from migraines. In younger kids, boys and girls are equally affected by migraine. After puberty, the condition becomes three times more common in girls. If you think that your child might be suffering from migraines, it is important to see your family doctor. There is no test for migraines, but they are strongly suspected if there is a family history of the problem. There are other clues too – children with migraine are much more likely to suffer from carsickness, asthma, epilepsy and sleepwalking.

A clear history of the attacks is usually enough to distinguish a migraine from a tension-type headache, which is the other common type of childhood headache. Migraines tend to be more severe, but shorter, than tension headaches, and usually have other symptoms such as pallor, sweating, vomiting, diarrhoea and sensitivity to light, smell and sound. Migraines can be harder to diagnose the younger the child is, but tend to become more ‘typical’ as a child grows older – the headache becomes more prominent than the other symptoms and tends to be felt more on one side of the head than the other. Before confirming the diagnosis, your doctor may recommend testing for other causes of headache, such as optical, sinus and dental problems, and consider the possibility of much less common problems, such as tumours.

If your child does suffer from migraines, the focus turns to managing the condition in order to avoid frequent attacks and missed school days. Living with migraines – like living with epilepsy or asthma – should involve the clear recognition and avoidance of triggers for an attack. Disturbed sleep, missed or delayed meals, certain foods, dehydration, emotional upsets and overexertion may all cause a migraine. Keeping a diary of the headaches can help to identify trigger factors. Avoiding foods rich in a compound called tyramine (such as cheese and chocolate) may reduce the number of attacks. Caffeine, MSG and cold foods such as ice cream, are also definite triggers for some patients.

In general, children with migraine do best with daily exercise, regular bedtimes and regular mealtimes, diets low in processed foods, regular water intake and minimal screen time (prolonged watching of television or playing computer games is a definite no-no). Migraines tend to strike when the child’s regular schedule is interrupted or becomes too hectic. If the migraines are still occurring despite the usual preventive measures being taken, consider what else might be wrong in your child’s life. Uncontrolled migraines may be a manifestation of emotional stress – in some cases, this may point towards bullying at school or even child abuse.

Children (and their teachers and babysitters) need to have a plan of what to do when a migraine strikes. This usually means retreating to a dark, quiet place where they can lie down. For some children, an icepack wrapped in a towel and then gently held to the forehead may help; for others, a heat pack seems to work better. Medications such as paracetamol, ibuprofen and codeine are useful, but nausea and vomiting that often accompany migraine may make them impractical.

There are also specific anti-migraine drugs that may be prescribed. However, the most effective treatment for all migraines is sleep and this should be encouraged whenever possible. If the attack is different from the child’s usual migraine, and particularly if it is associated with a fever or with a bump to the head, you need to seek a doctor’s opinion.

Dr Sam Tormey is a doctor who writes on medical issues.