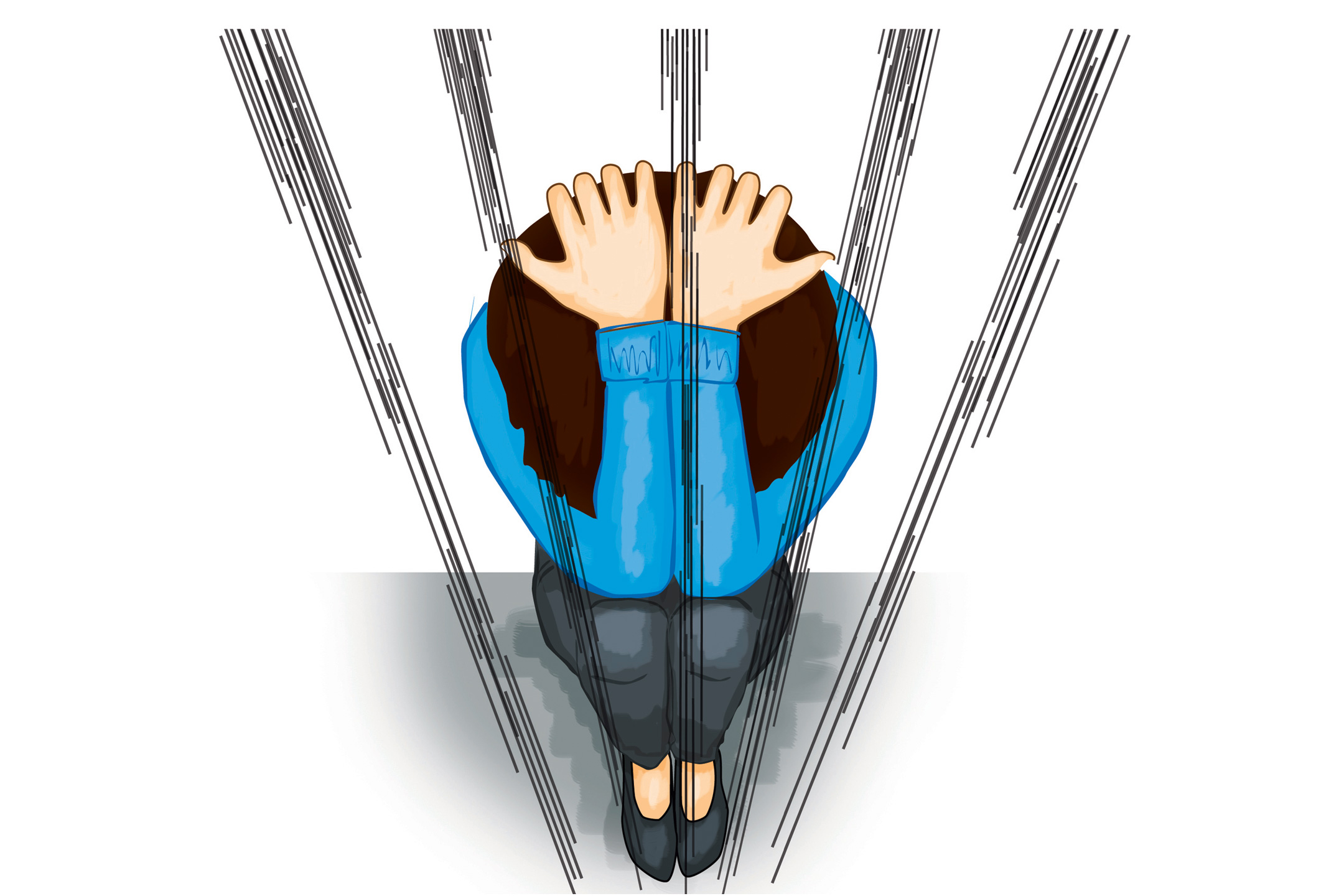 16 Oct A Spectrum Of Understanding: Living with asparagus!

Posted at 11:40h in Editors Picks, Inspire by admin

Anne-Marie LeBel gradually learns to let go of her former expectations as her family adjusts to the fact that both of her sons have autism.

Mum, I think my little boy is autistic. The pain descended on me all at once, and the tears fell like the four walls of a jail around me.

Walking towards the hospital on a sunny, late-spring morning felt almost joyous and exciting. My eldest son, sitting in the toddler seat of his pram, was delighted to be out and about, and my youngest was safely tucked underneath him. As usual, I would point at every familiar thing around us, naming them in order to get a reaction from my three year old. “Look Gaston: a cat! A car! A truck!” As usual, he would not even turn his head to look at any of them.

Why was he not speaking like the other kids?

Would I get some answers today? Why was he so aloof at times? Why was he not speaking like the other kids? It had been six months since I had begun to raise concerns about his behaviour and lack of speech, and everyone, professional and otherwise, had been quick to dismiss anything too serious.

He could hear well, and so we had no discernible explanation for his lack of speech. Each tantrum felt like a crisis. The simplest of everyday tasks had to be planned for life to run smoothly; smoothly enough, anyway. His hyperactivity was swiftly blamed on his gender and toddlerhood, but in my heart I suspected that all was not well with my son. So on that sunny day, I was finally going to get help.

The doctor was tall, and surprisingly young. I felt intimidated. Yet I started answering her questions, while Gaston played repetitively with the handle of her office door. I began to tell her how wonderful my son was. Yes, he was odd, but so bright – from a very young age he was able to organise his blocks in shapes and colours, and so fast! She listened, and in a soft voice thanked me for giving her such a comprehensive description of my son’s behaviour. I then summoned up the courage to ask what her thoughts were.

“Asparagus,” I heard her reply. Asparagus?

A speech pathologist and an occupational therapist then entered the room. A ‘spectrum’ was mentioned. English being my second language, I could not grasp the whole meaning of the word: it reminded me of a rainbow.

None of it made much sense. I looked at my toddler, and it struck me that he was exactly the same loving child that he had been a couple of hours ago. So why was I suddenly feeling so hollow? What was this asparagus thing? Another appointment was made for two weeks’ time.

At home, the phone started ringing.

My friends were all keen to find out the verdict. “So, what did they say?” “I am not sure. They mentioned asparagus.” A brief silence followed. “I think you mean Asperger’s.” “Really? What is it?” My friend immediately offered me the use of her computer so that I could access the internet to find out. A short time later, after frantically printing out any information I could find, I felt no closer to a true answer, and my heart was feeling heavier.

Back home once more, the phone rang. My mum’s familiar, loving voice greeted me in my first language: French. As if in a dream, I heard myself saying aloud those fateful words: “Mum, I think my little boy is autistic”. The pain descended on me all at once, and the tears fell like the four walls of a jail around me.

As only a mother can, I went about keeping the children’s routine that evening. When my husband, Alain, came walking through our house at the end of his working day, I remained quiet for a few minutes before exploding into a tearful tirade. “The doctor thinks Gaston has Asperger’s.” He looked at me and replied, “That’s all? Half of the maths department at my old university has Asperger’s.” I looked at him, torn between the fear that once more my concerns were being dismissed, and the feeling of relief that perhaps it wasn’t as serious as I had first feared.

The following two weeks were about keeping busy and taking familiar outings with our friends – friends who were trying to cheer me up by questioning the diagnosis.

When D-day finally arrived, I convinced Alain to meet us there. We were meeting the doctor in charge of the clinic. She entered the room, and my husband became defensive right away. “How could you possibly tell us after such a short meeting that our son has Asperger’s?” Her face hardened. “Actually, sir,” she replied, “your son does not have Asperger’s. He is autistic.”

My heart broke at that exact moment.

It was the first time that it had been said so clearly and unmistakably. We were then told that kids with Asperger’s had good speech, while many other autistic children would never learn how to speak. The challenges my child was going to face became so very real. I suddenly stopped listening and began concentrating on remaining strong, because I knew that once the tears came I would not be able to stop them.

Three years on, I am the proud parent of two beautiful autistic boys: my youngest son, Remi, was diagnosed six months after Gaston. My love for them has never changed, although everyday life is still very complicated. I have cried, and will cry, many tears thinking about what could have been. It is still a constant challenge managing the sadness, which at times overwhelms me. I am learning to let go of my expectations, and not to compare my boys to my friends’ children. I am trying to appreciate their childhood and our very special family life as it is, and I celebrate their progress.

My children are average children living with a disability.

Autism is often misunderstood, and always dramatised to the extreme in the media. My children are average children living with a disability. They are loving, and willing to share if given a chance, regardless of their lack of speech. Being different should not be a source of shame. We should be allowed to be different.