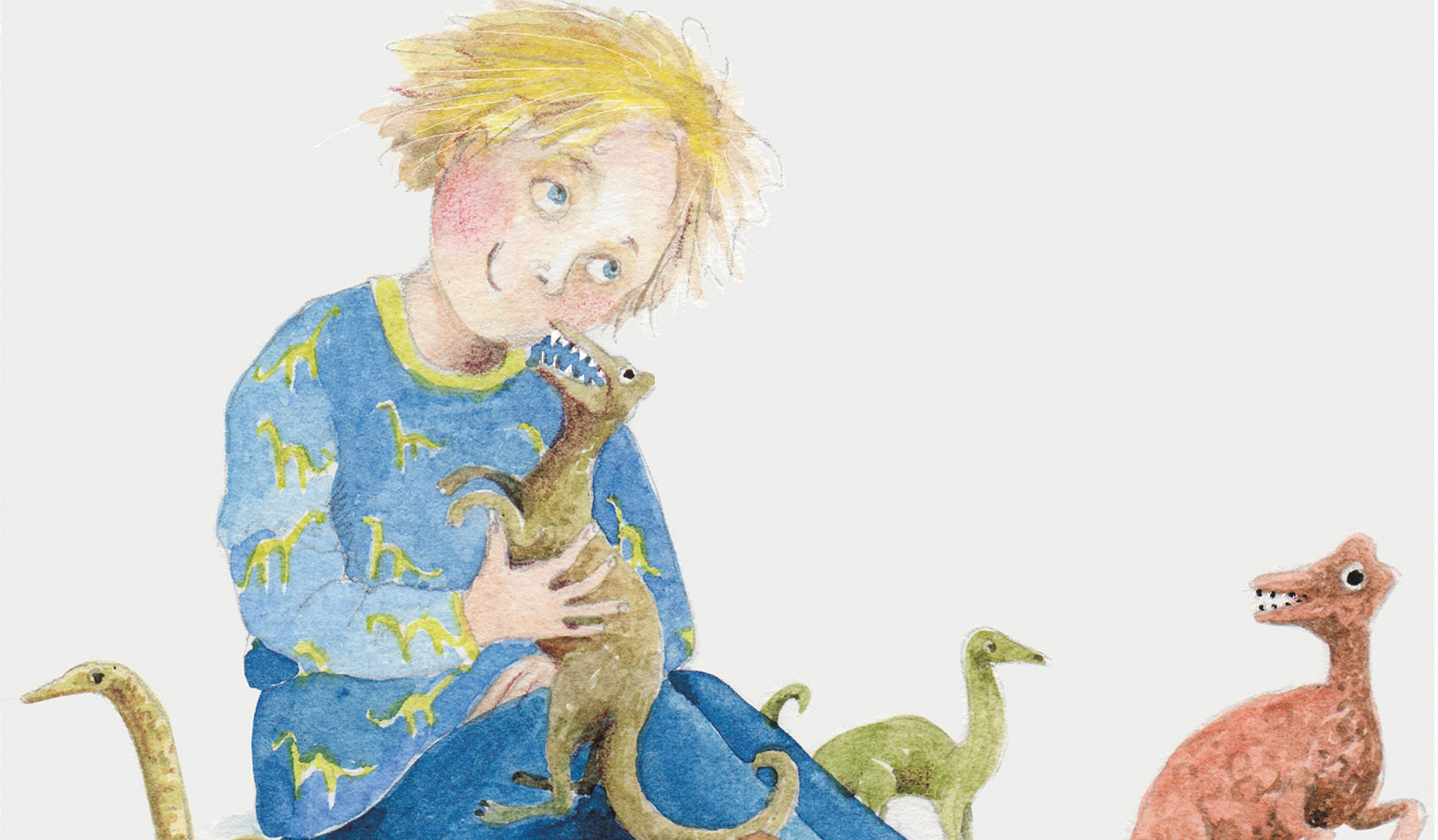 Posted at 10:00h in Editors Picks, Inspire by admin 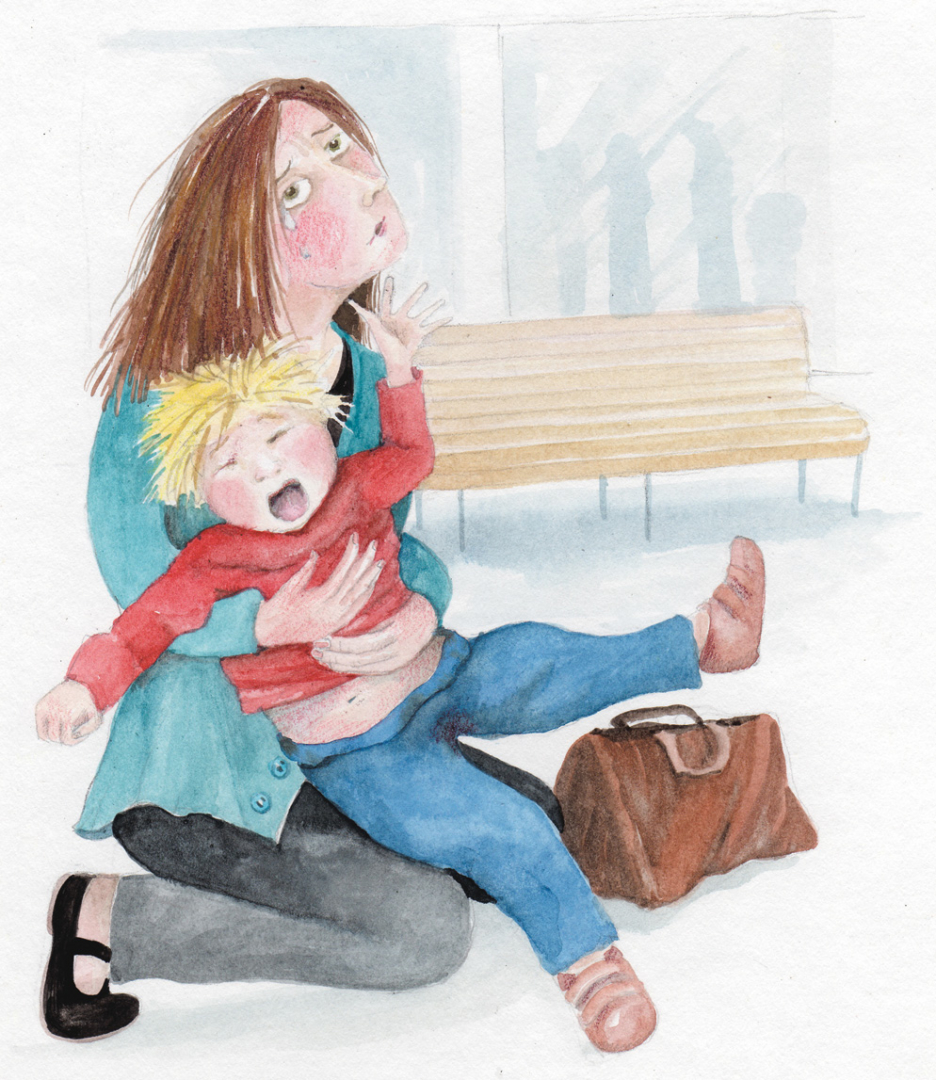 Tara-Jade Brown’s family is walking an unexpected path with determination and hope.

It feels as though everyone in the entire shopping centre is staring at me. “Shhh baby, calm down,” I croon while rocking the child backwards and forwards. His eyes are unfocused, and he is all gnashing teeth. He screams and struggles against the deep pressure I am applying, biting me a few times in the process. ‘Please,’ I pray, ‘please let this stop.’ And now I cannot help but let my tears spill over. No, I’m not wrestling with a Tasmanian devil. I’m attempting to calm down a young boy with autism in a crowded shopping centre. I’m trying to help my son.

Autism Spectrum Disorders (ASD) affect people in three key ways: they have difficulties with communication, problems with social interaction, and restrictive and repetitive interests and routines. They are called spectrum disorders because autism can affect different people in myriad ways, and manifestations vary in severity from person to person. Prevalence rates are suspected to be higher than previously thought, with a study from La Trobe University finding a rate of one in every 100 Australian children.

I was frightened of being the mother of this fragile creature

I was 19 years old when I heard the most beautiful sound in the world: the first high-pitched wail of my newborn son.

I was frightened of being the mother of this fragile creature, but I was determined to do my best by him. Isaiah was a cuddly baby; a sweet little bundle of excitement and sloppy kisses. He flapped his hands a lot when he was happy, which I thought was very cute. He didn’t babble a lot, but he said his first word at around seven months, and many more quickly followed. However, Isaiah had some behaviours that disturbed me. We thought that his ‘terrible twos’ had come really early: he would have tantrums for long periods of time and began sticking his fingers down his throat to choke himself at around 15 months old. It was also around this age that his speech completely regressed, and by 16 months he was not talking at all. He also acted as if he were deaf, but could hear the theme tune of Bear in the Big Blue House from another room and would come running.

Isaiah remained this way until, at two-and-a-half years old, he regained a word: ‘go’. I had never found any word more magical. “Go, go, go!” Isaiah would yell and giggle. His severe and aggressive tantrums continued, and a staff member at his daycare centre spoke of her concerns regarding his lack of interaction with other children. “He seems oblivious to them,” she said, “and if he is approached he reacts violently and attacks the other child.” I was heartbroken with worry. What was wrong with my boy? No-one could tell me.

I fell into a dangerous depression.

I became pregnant again when Isaiah was two years old: a beautiful and frightening surprise. What if this baby was the same as Isaiah? I didn’t know what was different about Isaiah, but I feared it. When my ultrasound showed that I was carrying another boy, I was devastated. I was barely handling Isaiah and his behaviour; how could I handle two boys like that? I fell into a dangerous depression.

I found a new GP who took my concerns seriously and referred us to an occupational therapist who specialised in working with children with autism spectrum disorders. We went to see him, with our new baby in tow. After thoroughly going through our answers to multiple questionnaires and observing Isaiah for five minutes, he told me that he thought Isaiah was on the autism spectrum. I burst into tears of relief at having this problem identified. I naively thought that this would mean that we could move straight on to accessing services to help Isaiah.

My partner wasn’t so thrilled, nor was he convinced, and said he wanted to wait for the final diagnosis before he believed that Isaiah had autism. We had had many conversations in the preceding months, during which he point-blank refused to see that there was any reason to suggest an ASD. “It’s just a speech delay” was his mantra, and he protectively wrapped it around himself like a blanket.

Our experience within the public system came as a rude shock and was incredibly frustrating.

After making contact with the appropriate people, it was another five months until we could be seen. From our first contact to our last, it was one long blunder after another. I completed a phone interview in which I described my concerns regarding my son’s behaviour and development. A written copy of my interview was later sent to me, which did not reflect the severity of my son’s issues in the slightest, and so I called them. I was told that the interviewer probably “didn’t want things to sound so bad”. But the reality was that our life was that difficult. Then, during the face-to-face assessment session, it was suggested that perhaps it was my parenting skills that were the cause of Isaiah’s behaviour! I declined to attend the parenting course that was suggested because I knew intuitively that it wasn’t my parenting that was the problem, it was something deeper.

On the day Isaiah was to receive his final diagnosis, I was secure in the knowledge that he had autism and I was sure that this meeting would be confirmation of that fact. Sadly, this was not the case.

After spending a total of one hour with my son, the team decided that Isaiah was on the cusp of having an ASD, and wanted to label him as having a ‘global developmental delay’. I argued my case for an ASD diagnosis: the lack of eye contact, the hand flapping, the self-harm, the lack of speech and lack of interest in other children, and his obsessive interests. I was told that he showed many of the symptoms of an ASD, but that as a matter of ‘routine’ they would prefer to reassess him in six to eight months’ time.

We all know how vital early intervention is for children with autism, but I was refused even a provisional diagnosis of autism, which would have allowed us to begin the process of accessing crucial services. I left the meeting in tears, disillusioned with the workings of the public-health sector.

I felt both vindicated and wounded

I immediately rang my occupational therapist, who referred me to a private diagnostic team. We had received our baby-bonus payment by this stage and so were in a position to pay for an expensive private assessment.

Within two months we had our appointment. The assessment lasted four hours, during which time I was questioned on various aspects of Isaiah’s development and behaviour, and other psychological and speech assessments were performed. Then and there, I was told that Isaiah scored a 45 on the Childhood Autism Rating Scale, which put him in the moderate to severe range. I felt both vindicated and wounded. I had known that Isaiah would score high on the scale, but to hear him described as ‘moderately to severely autistic’ felt like a hole had been punched through my chest.

I threw myself into research and became increasingly despairing. I was stricken with grief for the loss of the future I had imagined for my child; the loss of opportunities for Isaiah and for all of us. I was plagued by unanswerable questions. Would Isaiah ever talk properly? Would he ever be toilet-trained? Would he ever have friends? Would he be forever lost in this fast-paced world of people and sounds?

My face is now hopeful, determined and understanding.

And then something wonderful happened. One of the Federal Government’s Autism Specific Early Learning Centres opened only a 20-minute drive from our house. Isaiah was one of the first kids to attend the centre and he has benefited greatly from the care and therapy that he receives there.

At four-and-a-half years old, Isaiah is very different, though we do still have the occasional meltdown in shopping centres. His speech has greatly improved and we have seen a marked decrease in his violent behaviour. He is a sweet and delightful little man with a cheeky smile, a curious nature and a passion for dinosaurs. And for the first time, Isaiah has found friends.

I recently saw some parents of a child who had been newly diagnosed with autism; I could tell by the grief and despair written all over their faces. I recognised that look as the one that I used to wear. I no longer wear that expression. My face is now hopeful, determined and understanding. I have come to accept autism as an integral part of my son; I cannot love him without loving his autism. I don’t seek to ‘cure’ him of his autism, but to help him learn to navigate and participate in this strange world of ours. I still fear the future, but I am determined that my son will live a happy and fulfilled life, whatever that may mean to him. Autism is now something I understand.

And there are many hidden joys to autism: I can marvel with my son at bubbles floating in the breeze; at the pure and simple joy of spinning recklessly till we fall on a heap of pillows. Autism is part of my son and, as such, it will always be a part of our lives. And I will keep the promise I made to do my best for him; we’re just taking a different path from the one I had imagined when I first held him.