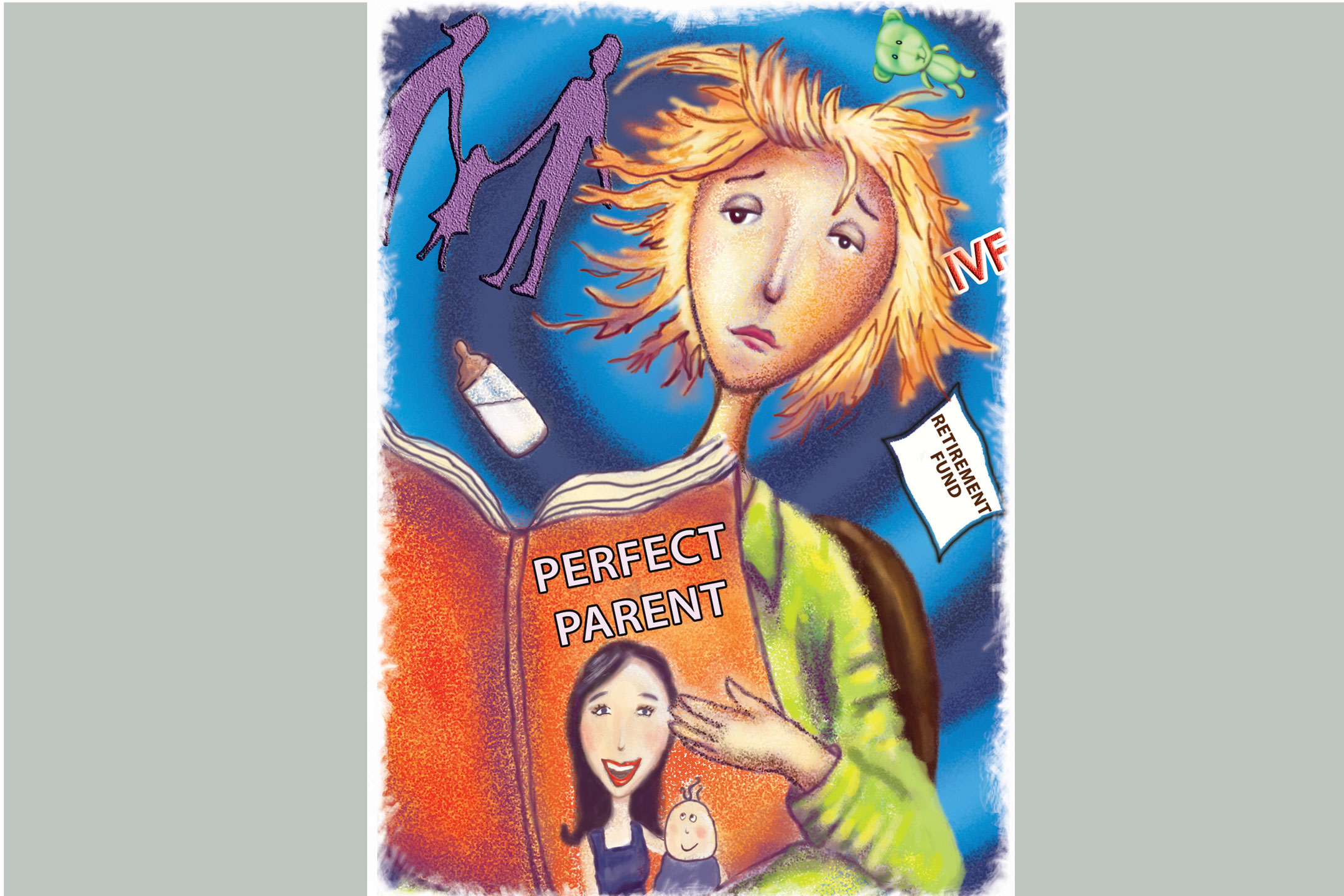 16 Jun Adjusting to being an older mother

Posted at 06:20h in Inspire, Motherhood by Staff

Vicki Englund finds herself on the outer in a community of much younger mothers.

It’s funny when you look back on the things about motherhood you hadn’t anticipated. When my husband and I decided to try to have a baby, at rather advanced ages on both our parts, all that was on my mind was that I wanted to get pregnant. Like many aspiring mums, I had visions of growing a big but tasteful bump in my tummy, of having a relaxed birth in harmony with an ambient environment (hah!) and then walking on air in postnatal bliss as my perfect baby alternately slept and cooed (double hah!).

Needless to say, the realities of the pregnancy, birth and the first few months of my baby’s life didn’t live up to these romanticised expectations. However, one aspect of being an older first-time mum came as a complete shock. I felt like an outcast when I was around other new mums.

I remember turning up at the first seminar on baby development at the local child-welfare centre when my daughter was six weeks old. Frazzled, teary and sleep-deprived, I found myself surrounded by four happily smiling mothers who told of their positive experiences with their cooperative newborns. The nurse then asked us all our ages, which ranged from 28 to 32… apart from mine, which started with the number four.

Those four women and another two who came along to the next seminar ended up forming the mothers’ group of which I’m still a part almost five years later, and I wouldn’t swap them for anything. But I’ve never been able to completely shake off that slightly isolated feeling because of the large gap in our ages. It makes me think that at the time our group was started, I should have also tried to start up another mothers’ group exclusively for old bags like myself.

There are specific issues that we older first-time mothers have to deal with, the main one being that having siblings for our child is – frequently – not on the agenda. It’s not that older mothers come to the conclusion that we don’t like our children all that much and therefore we’d better not do that again. Rather, it’s often just not an option.

People become older first-time parents for a variety of reasons, but a lot of the time it’s not for want of trying. Many have been on a painful path for several years, either just failing to conceive, experiencing miscarriages or failed IVF attempts, or, in the case of many women today, not being able to find the right man with whom to share their dream of parenthood. By the time they’re fortunate enough to overcome these obstacles and have their baby, the overwhelming feeling is of gratitude that at last it’s finally happened. For us, one live, healthy baby had been our aim for so long that the idea of trying for another is the furthest thing from our minds (at least until our much younger friends start talking about baby number two, and then possibly number three).

The government keeps telling us that we’re not having enough babies, but there doesn’t seem to be a problem in my part of the country – everywhere I go I see women with swollen bellies wheeling around their babies and toddlers, doing their duty for the Treasurer. I’m happy for them, I really am, but there’s a definite sense that even though we share the title ‘mother’, they’re in a different club from me. Maybe I’m oversensitive, but sometimes I get the feeling that they’re judging me because they see it as a selfish act on my part not to give my daughter a sibling.

I honestly wish I could have given my daughter the baby brother or sister she so longs for, but it just hasn’t happened, and as my husband and I fall into the category of being incredibly grateful for our one beautiful, healthy child who was conceived naturally, we don’t feel compelled to go to the lengths of assisted reproduction. At my age, it has a low success rate, it’s expensive, and we have to face the reality that if a baby was conceived we’d be qualifying for the age pension probably before he or she had left home.

There are worse things in the world than being an only child, right? Well, that’s what I keep telling myself, and my daughter. And luckily, she’s one of six children in her class at school who don’t have siblings. Maybe they’ll be the ones who develop closer than usual bonds with their friends, and end up having sisterhoods and brotherhoods of a different kind as they grow up. I hope so, because I do worry about her being alone after her father and I have gone. That’s definitely something I didn’t anticipate.