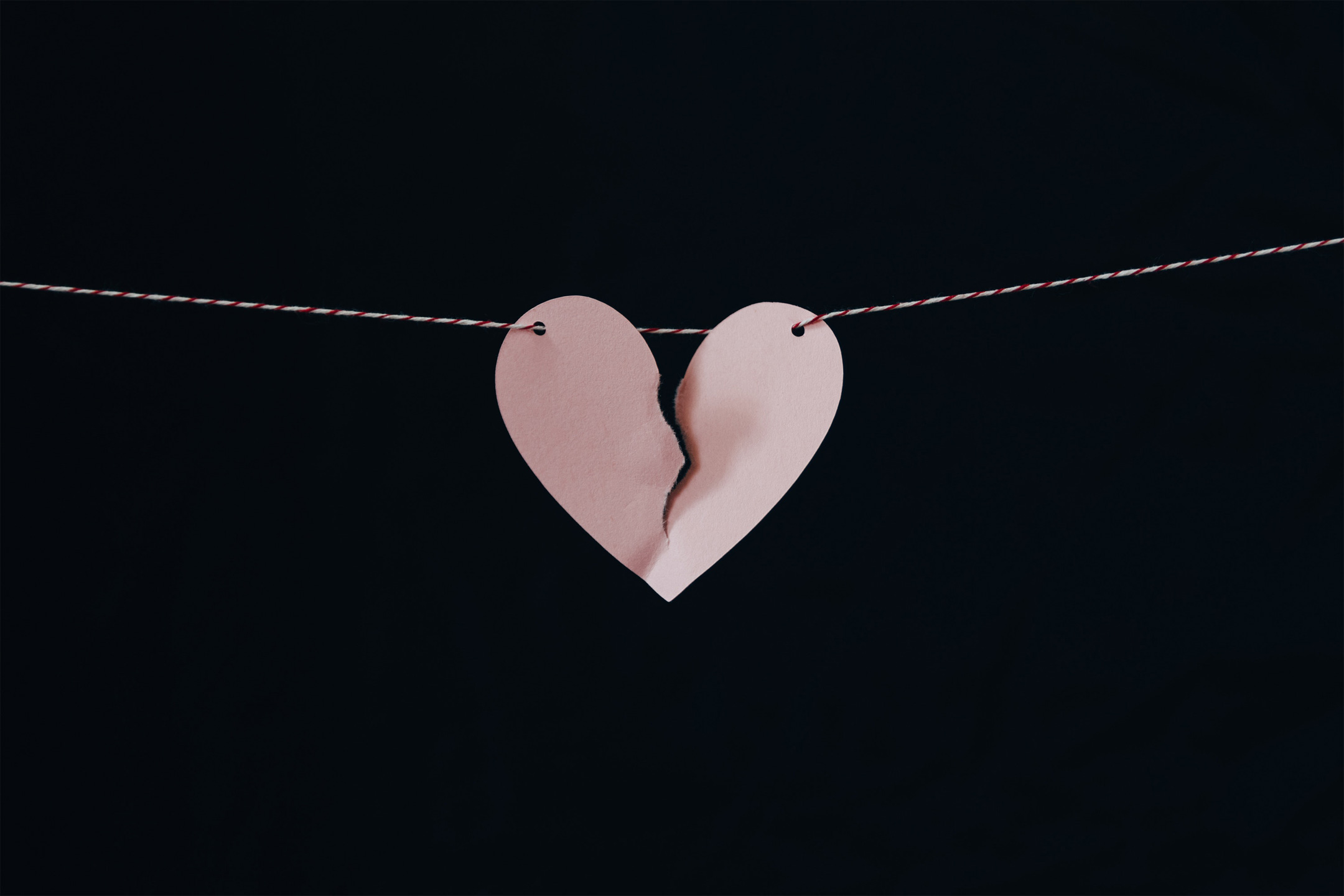 16 May After The Affair

Posted at 11:49h in Editors Picks, Uncategorized by admin

Louise Jefferies ponders the reasons for her husband’s infidelity and considers its impact on their relationship.

It is hard to explain the reason for my certainty, but I suddenly realised that Rick – my husband of seven years, the father of my two preschool-age children, the man I had known for 16 years – had been with another woman, intimately, for sex. How dare he? How dare he do that to me, to his children? How dare he disrespect my loyalty? How dare he ignore my devotion? How dare he undervalue my role? I had given myself to my family, making the ultimate sacrifice – I had completely lost myself. I became nobody and he didn’t even appreciate that.

We paid no attention to our marriage

And yet, underlying my sense of indignity was a certainty about why this had occurred. I thought I understood what he was looking for and why he did it. It was the same thing I had been yearning for – connection with the one you love. In a four-year-long process, I had become a professional mother, he had become a professional breadwinner and, apart from looking after ‘finance and administration’ (as he called it), we paid no attention to our marriage.

Our parents were elderly, interstate or no longer alive, so we had little hands-on support and always struggled to stay sane in the midst of the whirlwind that parenting can sometimes be. Ever so slowly, the pressure of going it alone together became the pressure of simply going it alone. I focused on my world of children and household, as Rick focused on that far more enticing world of work.

I felt unsupported. He felt rejected

Resentment built as we responded to each other’s needs with less and less interest. I felt unsupported. He felt rejected. “He just isn’t a baby person,” suggested the child-health nurse. ‘No,’ I thought, ‘but he is a lot like a third child.’ I lowered my expectations of him in order to avoid disappointment. I hoped he would find a connection with our children and, through them, a reconnection with me. However, the less I asked of him, the less I received, and the distance between us widened. We agreed that we could not sort out our problems without professional help. 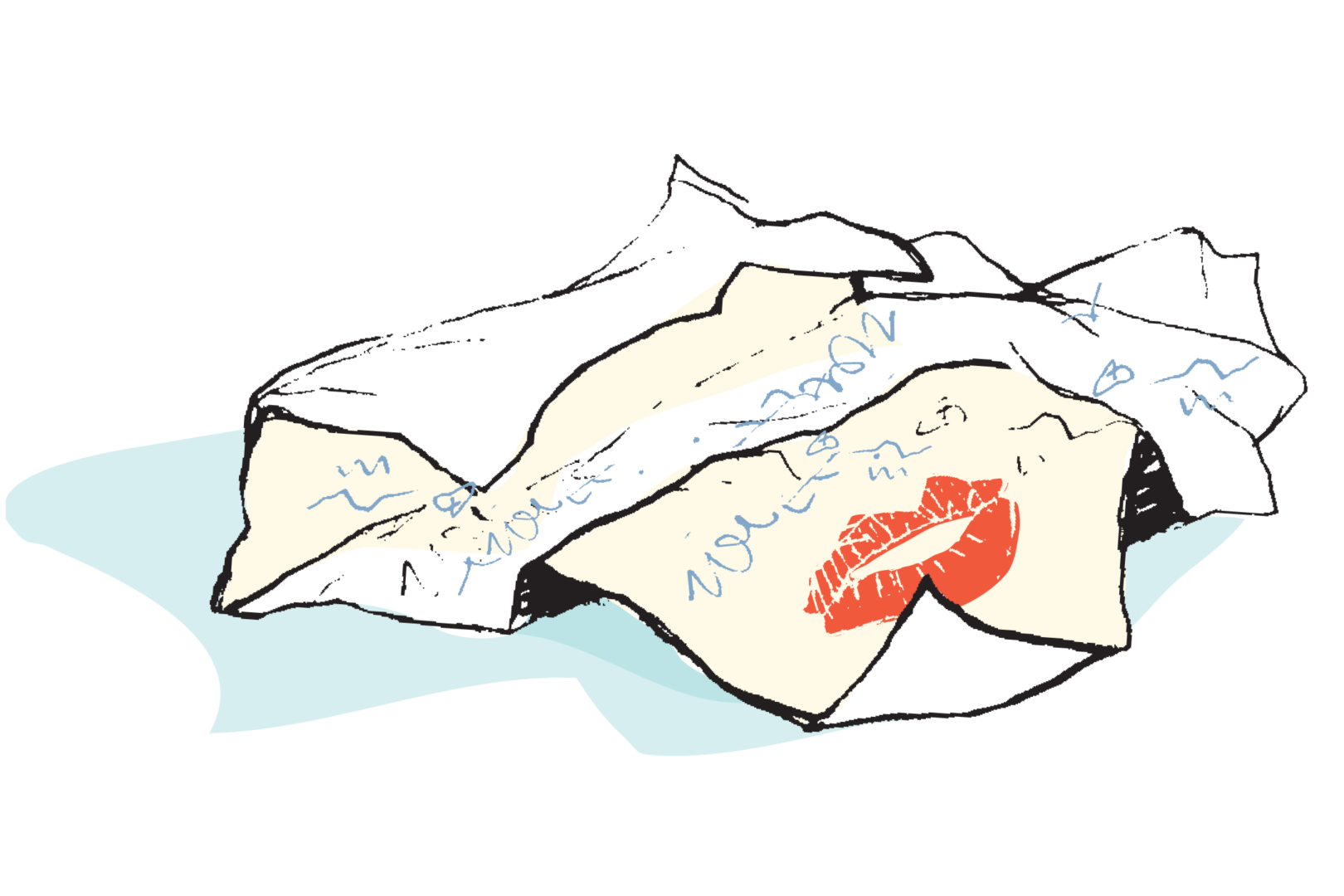 Very strangely, it was Rick’s efforts at returning to me emotionally that kindled my suspicions about his infidelity. He cooked for me – twice! He played with the children – and enjoyed himself! He initiated conversations – with my mother! This new Rick, returned from the depths of himself, was someone I thought I could like again. It was bizarre how easily I had remained living with a man I really couldn’t tolerate any more. But now a likeable Rick was back.

My need to obtain something tangible – a suggestive text message or a secret note smeared with lipstick – took me into the ugly realm of a woman insulted, betrayed and alone. But eventually, the pain of the truth seemed far more preferable to the torture of suspicion.

Where had the man I married been all this time? Why was he suddenly so ‘present’ again? Intuitively, and with absolute clarity, I thought, ‘He has had an affair with another woman, but I think it is over’. The feeling that the affair was history was the only reason I was able to face it so rationally. However, at the time I felt overwhelmingly that I could not ask Rick about it directly, because (a) he could lie about it, (b) I did not want to discourage the positive moves he had just started to make towards his family again, and (c) I wanted proof.

My need to obtain something tangible – a suggestive text message or a secret note smeared with lipstick – took me into the ugly realm of a woman insulted, betrayed and alone. But eventually, the pain of the truth seemed far more preferable to the torture of suspicion. I thought I could handle any answer and that it would not strike me down like a dagger to the heart. I was also certain that I would not want to strike him down with a dagger to the heart (or elsewhere). Extremely anxious, I arranged a babysitter and took Rick out for coffee. Neutral ground in the harsh light of day was a good choice.

The worry, the tension, the sneaking, the checking, the frenzied panics all found sudden relief.

A month earlier we had begun relationship counselling, and I tried to conjure up the positive focus from those sessions as I talked about moving forward together with honesty. We could draw a line in the sand, but it really did have to be a fresh start. I noticed his breathing quicken. He knew what I was about to ask him, and perhaps if I had paused he would have told me of his own accord. “Rick, have you had sex with anyone else?” I asked. “Yes,” he replied. “It was months ago and it is never going to happen again.” The worry, the tension, the sneaking, the checking, the frenzied panics all found sudden relief. I knew what had happened and I could now deal with that. Rick, too, was relieved to unburden his guilt.

Over the next 24 hours, slowly, slowly the lull of relief turned to fury as I recalled lies and deceit so coolly delivered against the happenings of daily life. Anger rose in me like an uncontrollable spike. Why had he not attempted to sort things out with me? For almost a year I was denied a right of reply, left to guess about the reasons for his distance. Had I known the truth, I could have taken action my own way. Instead, his deceit unwittingly manipulated me. Was he protecting me or was he a coward? It was probably a bit of both, but in hiding the truth he had formed a blockage within himself that affected his ability to return to me in earnest.

Constant parenting and homemaking dulled my perspective on life and left me with a sense of failure.

The discovery that Rick had one foot out the door came as a wake-up call and had the impact of a sledgehammer. Even so, it may be fair to say that I left him first. With terrible insight, I saw how I had mostly rejected his efforts to reach me. The person I was before children became submerged beneath the piles of washing and green bags of groceries. I forgot laughter, enjoyment and intimacy. I felt unvalued, unsupported and incredibly self-righteous about that. Without his help, I fell short of my own expectations as a mother every day. Constant parenting and homemaking dulled my perspective on life and left me with a sense of failure. Without life’s contrasts of light and shade (work and rest, alone and together, his turn and my turn), my outlook remained grey, grey, grey. He felt rejected at the very time I needed him most and, instead of asking him for help, I sat in silence hoping he would rescue me.

When our marriage lost its intimacy and friendship, Rick sought those feelings from another.

Now, guided by a psychologist, we are not only working our marriage into something we both want it to be, but we are also making a commitment to each other as individuals within that relationship. When our marriage lost its intimacy and friendship, Rick sought those feelings from another. I had reacted to the stress in my life with an intense need to control the little unimportant things. I was terrified that if I lost control of the little things, there would be nothing I could rely on in life. Rick’s emotional demands were a low priority for me – I was barely able to look after myself.

The hurt of Rick’s betrayal is a recurring confusion. My head plays a movie of him with another woman and I feel my heart knock at my ribs. It is a cruel irony that the man I hope to forge my future with is the same person who has enraged and betrayed me more than anyone else on the planet. I am tracking the need for appropriate medication with my GP. I am certainly battling to maintain consistency in responses to my children’s behaviour while I try to understand my own. I am more than likely depressed. This aftermath is far worse than the original discovery, and all I can do is hope that it subsides as time passes.

Important to my healing is Rick’s acknowledgement that he not only needs to apologise for his infidelity, but for his absence as a father and husband at multiple points of need during the last four years. Critical, too, is his willingness to work for it. It is as if having explored the emotional no-man’s-land of infidelity – having betrayed me – he now realises what he stands to lose. I will never say that it had to happen this way in order for us to understand that we were on the brink of separating. However, I will concede that it provided us both with the jolt we needed to seriously explore issues to do with our relationship.

If he can continue to be this more engaged family man, the job is still his.

Reading statistics on adultery, it’s hard not to feel like a member of a very large club, but given the secretive nature of affairs, it is difficult to confirm numbers. What does seem clear is that the gap between men and women who ‘stray’ is closing.

I have questioned my decision to continue my journey with Rick, but if he can continue to be this more engaged family man, the job is still his. Can we find that before-children connection again? I am beginning to see that we can find something better – a deeper knowledge of who we are and a more committed attachment to each other. It will be a long, long road to recover trust and friendship, and we are sobered by the fact that there is no guarantee that we will make it through, or that this will not happen again. But as long as we want to take the same path forward together, we are bound to continue.

Names have been changed, including the authors.