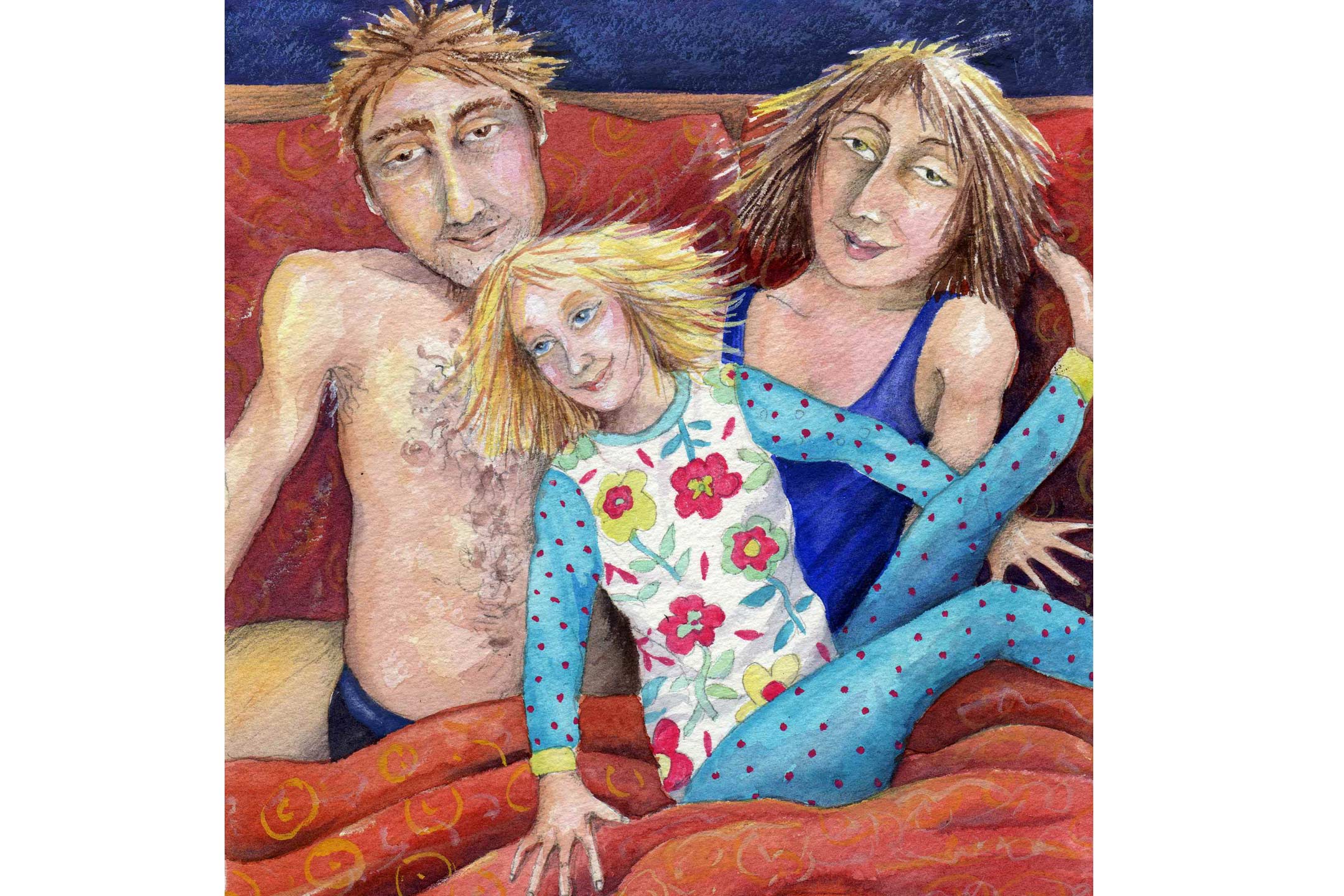 Posted at 08:26h in Editors Picks, Motherhood by Editor

Hellen Morgan-Harris ponders how children might figure in her life.

I wonder how on earth I am to explain to the angelic eight-year-old face peering at me that her uncle is wearing swimmers to bed because we have been warned that she might jump into bed with us in the middle of the night. The bright little face does not register my rising apprehension, her innocence a badge shining brightly in the face of mounting concern and a creeping sense of disorder. Mine.

Her uncle defiantly eschews pyjamas, but the prospect of a tiny niece bouncing into bed has him scuttling to the wardrobe in search of “something suitable”. That swimmers are the only option gives you some idea of the childless state of this house – a rambling warren of child traps designed to reverberate with the clatter of broken treasures and shrieks of pain when a knee is skinned on the floor.

We plan to have kids one day, and we spend much of our time with friends’ offspring. They feel great when they snuggle into your neck, muttering sleepy-lipped love and grand plans for the day ahead – castles, camouflage and cake high on the agenda. They spark a recollection of the way things were, when life was simple and waking up early was a joy, when Curly Wurlys were staple fare and the days stretched to the horizon, taut with anticipation. Who wouldn’t want to relive such times?

But not quite yet. It is these four little words that shadow us, tiptoeing up behind every conversation, slinking behind us just waiting to be uttered. A tangled skein of reasons tumbles forth just after them, daring anyone to unravel the contents.

“It’s your turn next, love!” they squawk, once drunker than planned. “It gets harder the older you are!” You don’t say? The older we get, the less the idea seems feasible. How would a child fit into this selfishly defined world of ours? How would our lives adapt to that of another? We are hard-pressed to spend time with each other, let alone a stranger, albeit a little one.

The aching chasm that exists between our perceptions of the future and the reality of the present, echoes with our doubt and inadequacy. We are reassured that we will make honourable parents, that our children will sparkle with intelligence and wit, with mops of curly blonde hair and periwinkle eyes, a sheen of happiness glistening around them. But if the pyjama incident is anything to go by, we are a long way from this utopian ideal. Children are primal beings; they recognise and react to the pall of emotion in a situation, viscerally wary when faced with the unknown. Our niece seemed apprehensive, a little shy and keen to cover awkward silences, but if she had any idea just how hard her uncle was finding the situation, she would have laughed.

In our spinning world of wanton consumerism, we are all out to make a little for ourselves, to shine a while in the bright lights of success. A successful career, cold hard cash, a nice ride and a touch of notoriety… What more could you want? Family values and the bonds of community are being leached from society and, increasingly, not-so-young couples are questioning the need to breed. Increasingly though, the tick-tock echoes through my mind, a shadowy cognisance that flits and darts with confidence into my reasoning.

Our dilemma is widely recognised by couples the world over. The answer lies within us all, stashed somewhere deep down in the psyche. It is incidents like the pyjama affair that send us running for the pub, child-free and wantonly ribald, telling and retelling the story to anyone who will listen. And therein lies the irony. If we truly thought it likely we would forgo the chance to have children, would we still be telling the story?

Perhaps next time our niece comes to stay, we might go camping on the beach, where swimmers are de rigueur day and night.