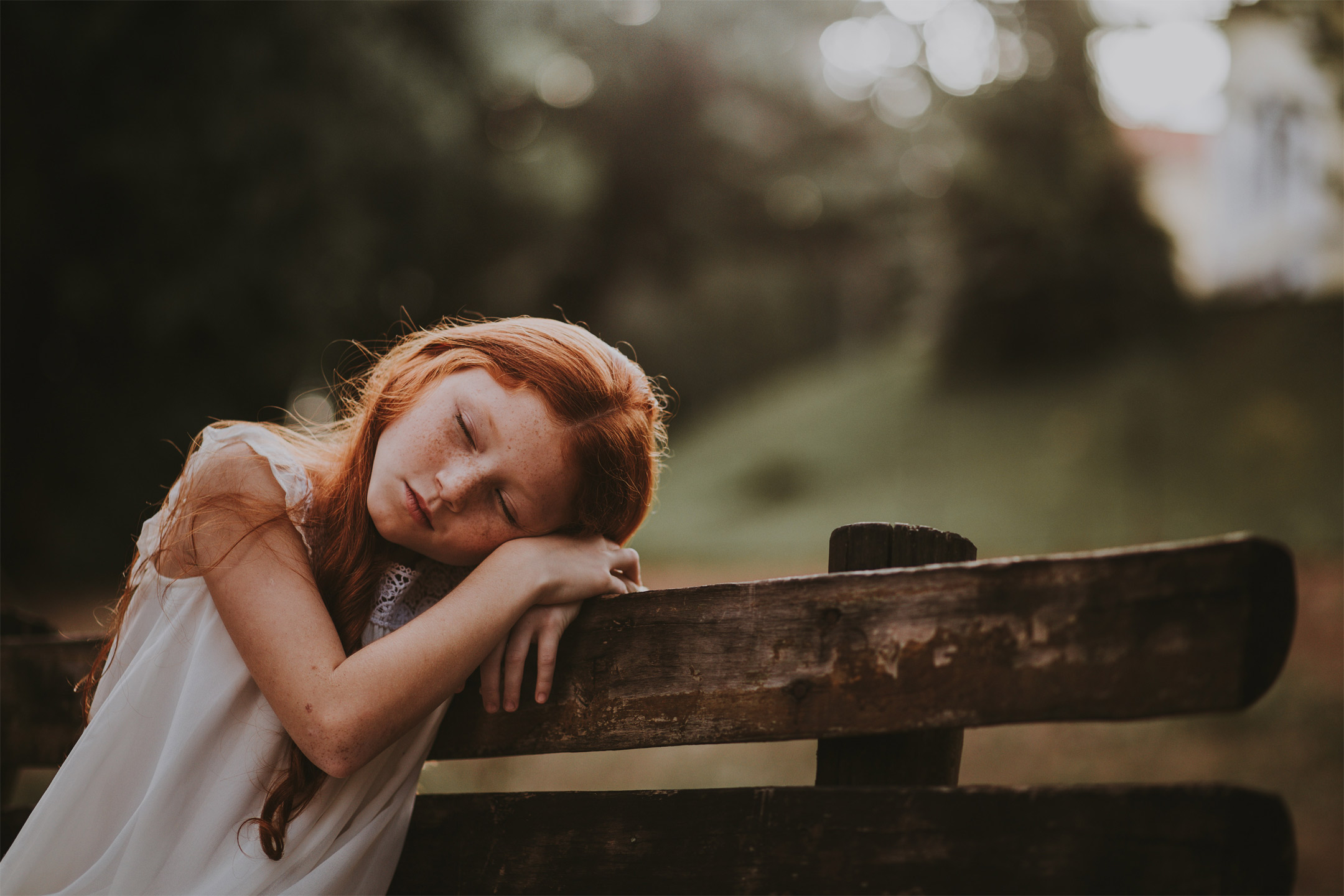 Posted at 10:56h in Editors Picks, Inform by admin

Kylie Ladd explores the issues that arise for children living with a mentally ill parent.

This morning, my mother didn’t get out of bed.

So begins Melina Marchetta’s powerful novel Saving Francesca, in which a 16-year-old girl attempts to deal with her mother’s depressive illness and eventual breakdown. Francesca is a fictitious character, but unfortunately, this situation is all too real for many Australian children and teenagers.

A three-year study that began in 1993 and was conducted by the Early Psychosis Research Centre at the University of Melbourne (now known as the Early Psychosis Prevention and Intervention Centre) found that across Australia 27,000 children were living with a parent who was experiencing serious mental illness such as schizophrenia, psychosis or bipolar disorder. A study reported by the Australian Institute of Family Studies estimated that about 21-24 per cent of Australian children have at least one parent who has experienced a mental illness at some time since becoming a parent (although in most of these cases the parent’s mental illness is not severe). Given, however, that some forms of mental illness, particularly depression and alcohol or drug abuse, often go undiagnosed, the number may be much higher.

When Mum’s sick I cook dinner, bath my sister and put her to bed

The presence of mental illness can impact upon the way in which a parent undertakes the tasks and responsibilities of parenthood, including their ability to provide adequate physical care and supervision of the child. In worst-case scenarios, children whose parents are mentally ill may become the carer of that parent, with responsibilities – including paying bills, shopping and minding younger siblings – well beyond their years.

“When Mum’s sick I cook dinner, bath my sister and put her to bed,” says Melissa*, a 10-year-old girl whose mother has bipolar disorder. “If she tries, it just goes wrong, so I do it.” School attendance is often disrupted and such children are more likely to leave formal education at a younger age or fail to complete secondary-education qualifications.

The most lasting impact of growing up with a mentally ill parent, however, is often psychological. Dr Matthew Bambling is a Clinical Psychologist and Senior Lecturer, School of Psychology and Counselling, Queensland University, and has worked with many individuals who have grown up with a mentally ill parent. “It can be very difficult for a child in this situation to form a secure bond with their parent or parents, as the parenting may have been too inconsistent to allow the development of trust, or the child might have become fearful of the parent,” he says.

This frequently has a later impact on other important relationships and the individual’s self-esteem. “I recall one young man I treated whose mother suffered from depression and personality disorder, and his memory of her was of an angry and irrational person with whom he could never connect or feel loved by,” says Bambling. “As an adult, this, in turn, led to him having difficulty forming close and stable attachments with women. In other cases, children who prematurely take on a caregiver role often grow into over-responsible adults, who are not sure how to let other people love and look after them, and find emotional intimacy very frightening.”

These issues may become particularly pronounced once the child of a mentally ill parent becomes a parent. Dr Catherine Camden-Pratt grew up as one of six siblings whose mother was frequently and floridly mentally ill and was often institutionalised, at times for years. Camden-Pratt, author of the book Out of the Shadows: Daughters growing up with a ‘mad’ mother found that when her own sons were born, she had to learn how to deal with the emotions that being a mother raised for her. “Becoming a mother brought up the grief of not being mothered myself all over again,” she says. “At the boys’ birthday parties or even doing something simple like reading to them, I’d feel a deep sorrow that similar events had never happened in my own family. I had to do a lot of work to learn how to deal with my own pain as I parented.”

Such effects may also manifest quite early in life, with the NSW Department of Health noting that up to 50 per cent of young people with parents affected by mental health problems will experience a psychological disorder as a child or teenager. This is in contrast to between 10 and 20 per cent in the general population.

While these statistics are sobering, Elizabeth Fudge, former Director of Children of Parents with a Mental Illness (COPMI), points out that they do not represent the whole story. “We find that very often the main risk to a child isn’t the parent’s diagnosis with mental illness so much as the associated circumstances, which may include alcohol and drug use, domestic violence or poverty,” she said. “What is important to recognise is that biology isn’t destiny and that there are just as many, if not more, protective factors that can be brought to bear on the situation.”

These protective factors include:

Melanie Boursnell from the School of Humanities and Social Sciences at the University of Newcastle completed her PhD study on the lived experiences of parents with mental illness. She has also been researching within the field of domestic violence in a collaborative partnership with NSW Health

“When most people think of ‘mental illness’ they imagine someone with acute schizophrenia or psychosis, but I think, as a community, we have to realise that that is rarely the case,” she says. “More commonly, it is the person next door or mum at school who is depressed or a bit anxious – who may need some support but is not an overt threat to his or her children. In the group of parents I followed in my PhD, I found that parenting was one of the things that actually helped their mental health… I also found that mental illness does not necessarily reduce one’s capacity to parent well, which is consistent with other studies. There may be times when the person is unwell and needs some extra assistance, but by and large, if the illness is well controlled and appropriate checks and balances are in place these people are just as likely as anyone else to be great parents.”

We have a duty towards those with a mental illness

In order to best support such families, Boursnell suggests that a preventative approach should be taken. “The current system tends to intervene when things go wrong, but surely it’s better to try and avert such a situation in the first place,” she says. “We have a duty towards those with a mental illness – even 30 years ago they would have been institutionalised, and issues such as their parenting didn’t really arise. De-institutionalisation is obviously a good thing, but there need to be appropriate services in place.”

There are a number of ways in which mentally ill parents and their families can be supported. One is through access to psychological services, although, as Matthew Bambling points out, until recently this was often too expensive for parents with mental health issues, who are typically economically disadvantaged. “The Federal Government gave access to psychological counselling under Medicare,” he says, “which should make psychological treatment available to a much wider group of the population.” Referral to a psychologist can be arranged through a GP.

It’s vitally important that kids know two things: that they can’t catch it and that they didn’t cause it

Support groups for those parenting with a mental illness, as well as their children, exist in all States, and a comprehensive list of these can be obtained from the COPMI website.

Education is very important in helping children of mentally ill parents adjust to and deal with their situation. “It’s vitally important that kids know two things: that they can’t catch it and that they didn’t cause it,” said Elizabeth Fudge. “They also need to be informed – in an appropriate way – about their parent’s illness and what to do if their parent becomes unwell.” To this end, a number of agencies are encouraging families in which there is a parent with a mental illness to develop a ‘crisis’ or ‘action plan’ that can be filed with mental-health services, friends and relatives, and at home. “These plans include all sorts of information regarding what to do if a parent becomes unwell, such as who to ring, where the children can stay, who will feed the cat and so on. Because they are proactive, they give parents and children more control over the situation and lessen anxiety for all parties.” Fudge added that other adults, such as grandparents and teachers, involved with such families also need to be educated about mental illness, and possibly involved in the development of action plans.

Educating the wider community is important too. “Sometimes I get teased at school because Mum never comes to anything or helps on tuckshop, and I hate it. No-one understands,” says Melissa. “We really need to teach people about mental health,” agrees Melanie Boursnell, “in the classroom, or through advertising… whatever works to reduce the stigma, the tendency to blame the victim.” Or, as Catherine Camden-Pratt says simply, “What these families need most of all is greater community understanding and compassion. The rest will follow.”

Children of Parents with a Mental Illness (COPMI)

Crisis plan templates and fact sheets about mental illness can be accessed through the COPMI and itsallright.org websites.