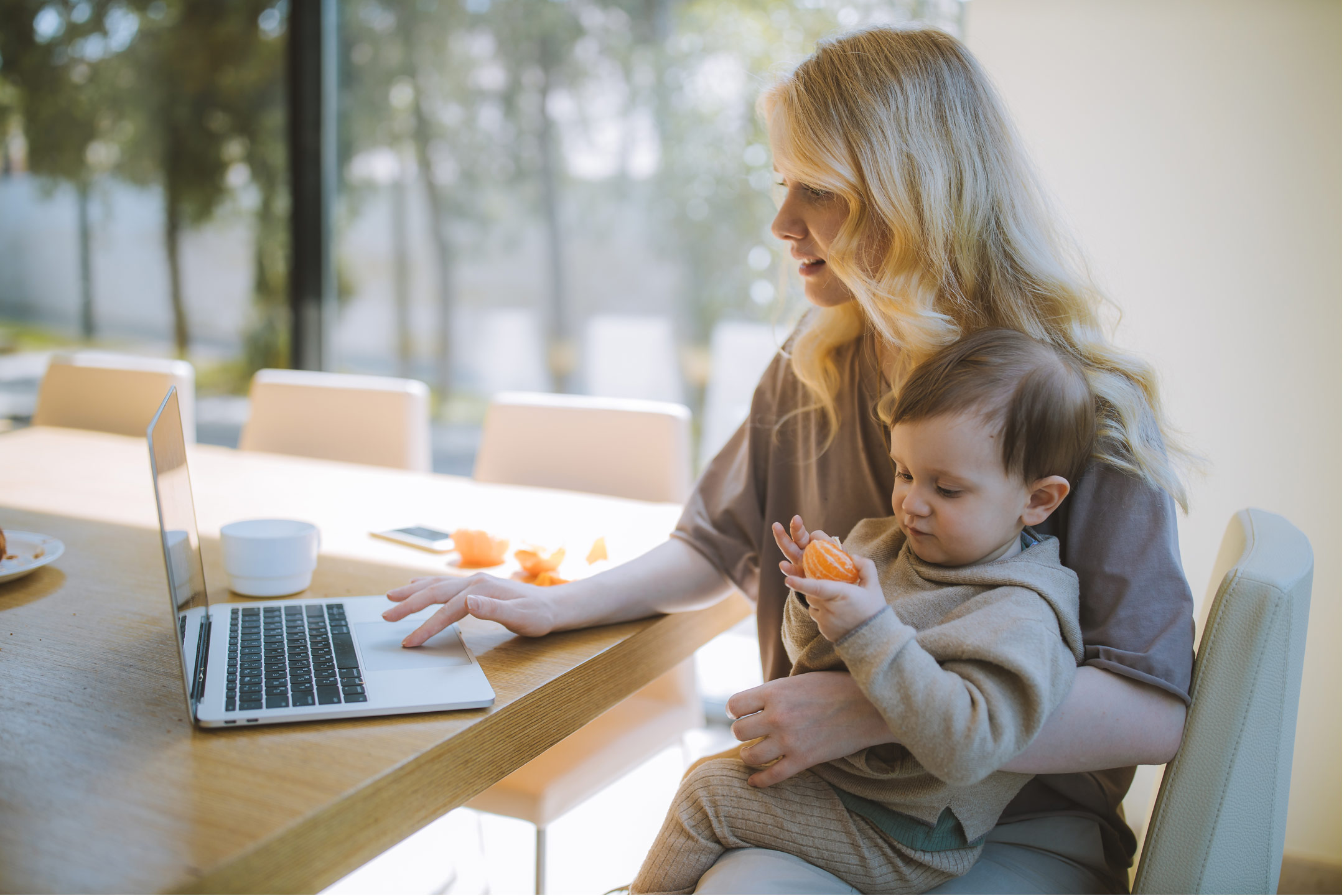 04 May Are you thinking of going back to Work?

Posted at 06:35h in Validate by Staff

With the kids at school, Gemma Rolleman ponders returning to work – whatever that might be…

“Seriously Jen, can you get rid of the turban? I can’t concentrate with that thing on your head,” she says, scratching her forehead and trying to remember her line of thought. Jen is sitting straight-faced with one of the catalogue’s most popular items wrapped around her head; a top that can be worn 10 different ways. She’d just discovered an eleventh.

This is Gwen’s first job after several years out of the workforce raising children. There are a few of us in the room who are stay-at-home parents, and who’ve been lucky enough to have that choice. Yet, with our children settled into school, we are secretly itching to return to work in some way. For me, it’s that need to have something else as my children need a little less of me.

I join the queue to get a glimpse of the items carefully arranged across the dining table. Lingerie’s not really on my immediate list of necessities; new school uniforms for the kids, the dog’s worming tablets, a coat perhaps… but not really the sheer, embroidered, black slip I seem to be fondling admiringly. Yet I have to show my support (as I keep telling myself), otherwise what sort of friend would I be?

Last week I fished out my archaic résumé to give it a spruce-up. It was all going well until I reached the bit where I convert the past six years of motherhood into a work-applicable skill set; the ability to change endless putrid nappies while cooing affectionately, to play ‘what’s the time Mr Wolf’ in the park after a night of three hours’ sleep, or to calm wild tantrums in public places without yelling at the old woman watching in horror to ‘mind her own #!@%$* business!’ are skills that don’t look particularly appealing on a CV.

Actually, I feel more employable now than before motherhood. Having managed the finances of our family business for the past few years, I’ve acquired a healthy set of attributes I could advertise with confidence. I’m refreshed, willing and ready to get stuck into something. The tricky part is what that something might be…

A few friends have the same dilemma. The challenge is finding something that fuels the mind, tops up the bank account and fits in nicely with school drop off and pick up. Fields such as reflexology, yoga instructing, dog grooming and owning a boutique bookshop have been discussed at length over many a latte.

Applause erupts as Jen emerges modelling one of the catalogue’s finest creations, a bra that is the Holy Grail for every woman like me with a flat chest and a fear of surgery. 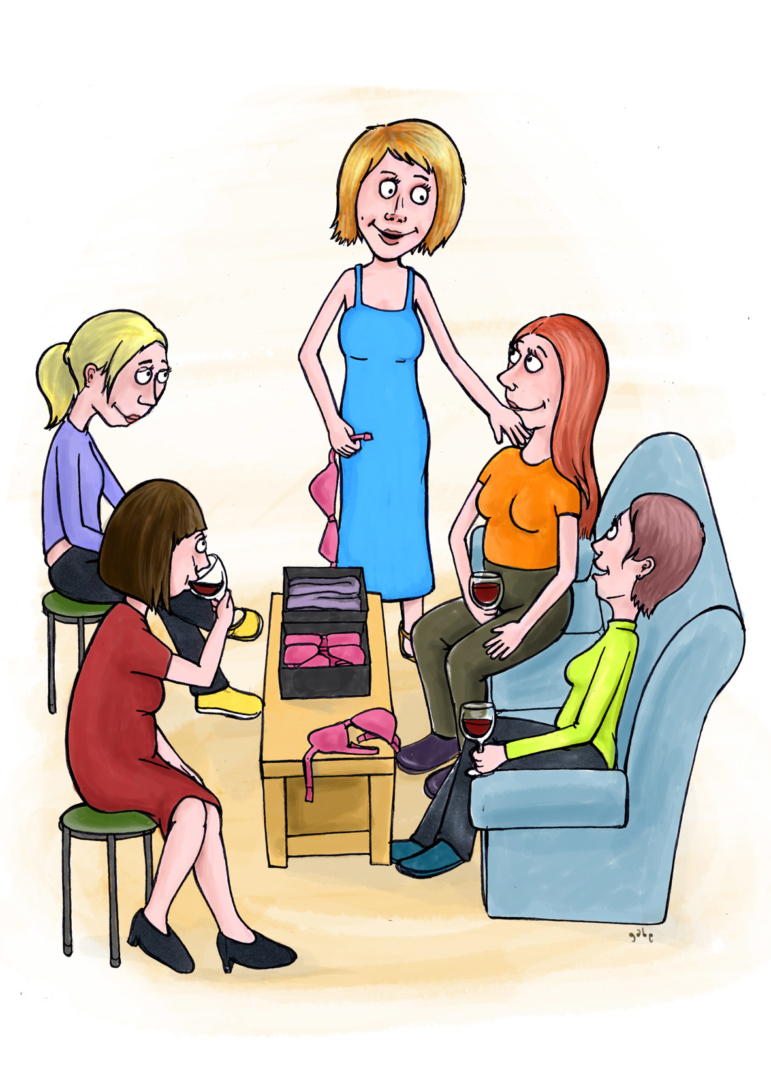 I recall one friend, Sally, who decided to return to maternal nursing, and began to make enquiries. The feedback from potential employers was nothing but positive when she reeled off a long and impressive job history. The tone was less encouraging, however, when they learned the last of these positions was more than nine years ago. After several attempts, each with the same response, Sally went back to her loyal companion the espresso machine and charged it with a double shot.

Of late, Jen has made it her occupation to fix the rest of us up with jobs. “I can tell you exactly what the problem is,” she selflessly informed the poor plumber fixing her toilet. “You have absolutely no project management. You need to employ someone to come in for a few hours a week to get you organised. I have several friends who’d be perfect. They’re overqualified for such a position, but because they’re mums they’re less flexible with hours and can’t afford to be too picky. Lucky for you.” She even arranged an interview the following day at her house.

“Nope, too big, we’re gonna have to go down a size.” I’m now at the ‘fitting’ stage of the party, where, very privately, we’re shuffled one by one from the living room to the spare room to be measured by Gwen. I get a moment to quiz her on how she thinks the night’s going. She comments on the irony of feeling nervous in front of a room filled with friends. It’s been a long time since any of us have had to do any kind of public speaking.

When we’re finished, I return to the living room. I look around at the women with whom I’ve shared some very special times; first pregnancies, juggling work, vomiting and fatigue, hospital visits with gifts of tiny clothing and enormous flowers, the glee at fitting back into an old pair of jeans, alien children and fleeting desires to trade them in, the heartache of losing them on their first day of school and, now, the return to work.

Several glasses of wine later and possessing a swag of new lingerie, I’m inspired to explore the curiosity about writing that keeps nagging at me. So, here’s to a hopefully long and fruitful career…