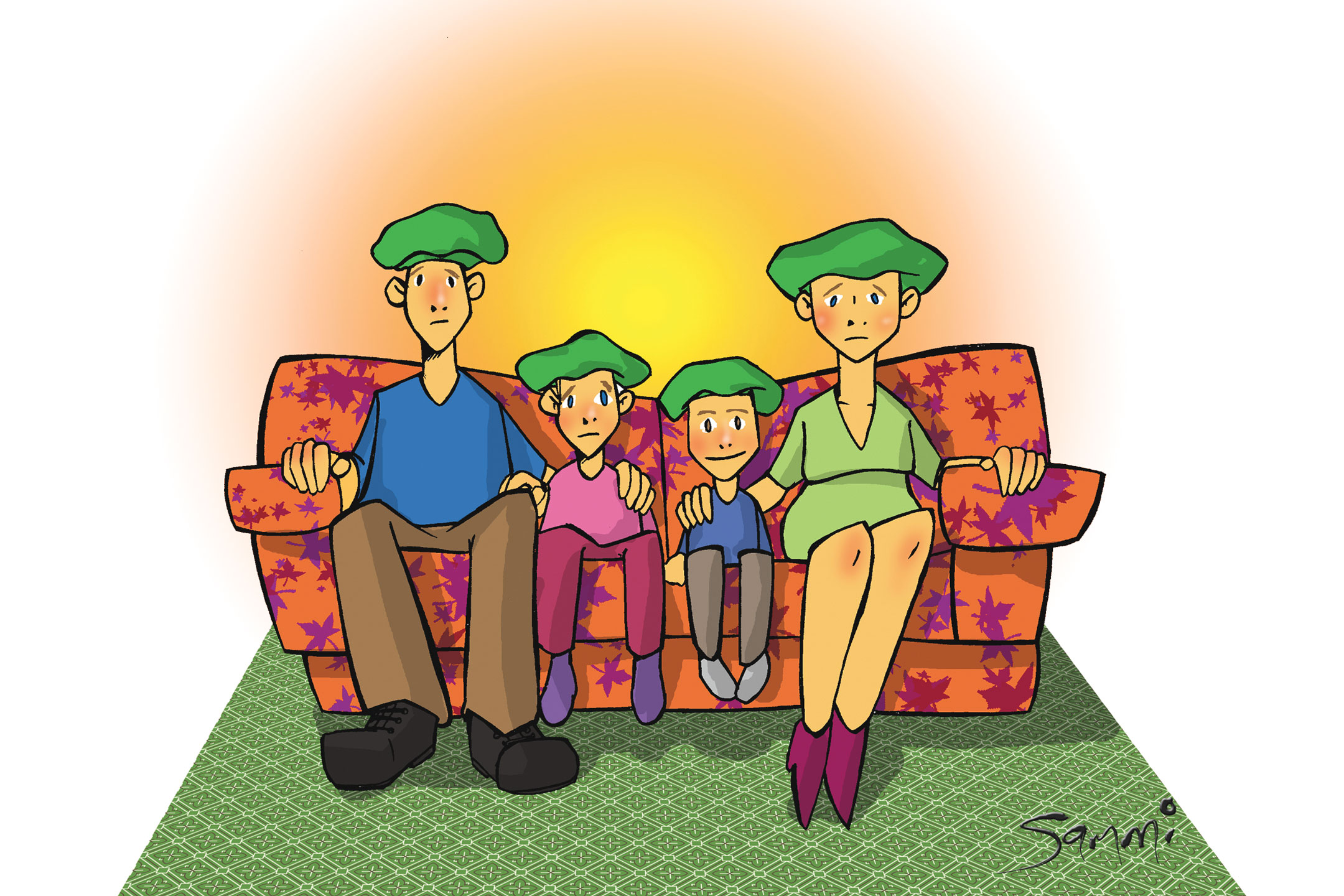 Posted at 12:33h in Editors Picks, Inform by admin

A note from school prompts a hair-raising experience for Sandy Leen and her family.

When the note came home from school advising that there was an outbreak of head lice in my son’s class, I was intrigued. The note instructed me to stop everything and proceed with haste to the nearest pharmacy where I was to purchase, without heed to the cost, special preparations to asphyxiate said head lice forthwith. The urgency of the order was lost somewhere between remembering we were out of milk and that there was nothing to put in the lunch boxes the next day. It wasn’t until we were well past the pharmacy and on the way home that the nagging suspicion that I’d forgotten something crystallised. I had failed in my first task of buying the shampoo. Never mind, I thought. I would proceed straight to step two, which was to inspect the child’s hair with a fine-toothed comb. In fact, didn’t they get those two steps the wrong way around?

Step two sounded easy enough but its success was dependent on the cooperation of seven-year-old Jack. “Ouch! How long is it going to take?” he moaned. “All night if you keep wriggling.” I stopped. Sensing my sudden interest in an area just behind his ear, Jack assumed the statue position. “What have you found?” A not-so-small insect waved its legs at me from the confines of the comb. I instantly had an overwhelming urge to scratch my own head…just behind the ear.

“You’ve got them,” I reported. “Best we get to the pharmacy before it closes.”

The pharmacist advised I needed enough shampoo for at least six treatments and to treat all the family, hats, towels and bed linen. We staggered back to the car laden with potions and pamphlets. At home, I pored over the instructions while Jack examined our purchases. Along with the steel-toothed comb and bottles of oily fluid, there were heavy-duty green plastic shower caps.

“Right. Let’s get started.” Jack perched on the edge of the bath as I unscrewed the cap from the bottle. The fumes stung our eyes and made us gag. Jack buried his face in a towel, trying not to breathe. “Ouch, it’s stinging!” he squealed. “I haven’t put any on yet,” I said.

Five minutes and half a bottle later, Jack’s hair stood slickly on end. I didn’t know if the shower caps were to gas the head lice or prevent us from passing out from the fumes, but we were both relieved to pull a cap over the lot. “Phew,” said Jack. “Do you think it will kill them?” “Nothing could survive that,” I replied.

My husband arrived home to find Jack rubbing oil into my hair as I barked instructions from under a towel. “What’s going on?” he asked.  “Jack’s caught nits at school and the instructions say that every member of the family should be treated,” I said.

He rolled his eyes. “Don’t you think you’re overreacting?” “Think of it this way. How are you going to explain it if one leaps off your head onto the boardroom table?” I asked. Ten minutes later, both he and our daughter had joined us. We sat in a chemical stupor with our green shower caps on, gazing at the TV like four gloomy Oompa Loompas.

“How much longer?” whined Jack. “Ten minutes should do it,” I said.

But before the time was up, the doorbell rang. As one, we sprinted to the bathroom amid a flurry of discarded shower caps and hissing of “You answer it!” The fumes released from our collective heads were overpowering.  I wrenched open the window. As we gasped for air, my husband pulled rank. “Get out there Jack. Tell whoever it is to come back another time.”

Having caught sight of his hairdo in the mirror, Jack pulled his shower cap back on as he marched up the hallway. The salesperson eyed Jack through the screen door. “Is Mum home?” he asked. “Yes, but she’s a bit busy,” said Jack conversationally. “We’ve got a problem with head lice at the moment,” he said, scratching his scalp through the shower cap. A second later the door slammed. “He’s gone!” yelled Jack.

We scrambled to wash our hair and do the final inspection with the comb. The final tally was five dead lice, all from Jack’s head. His sister held the torch while I picked through every hair, sliding tiny black eggs off the shafts with my fingernails.

Over the following weeks, we combed and shampooed Jack’s hair on what was referred to in hushed tones as  Nit Night. We concluded we’d won our battle with head lice until another note arrived home from school months later. This time, I headed straight for the pharmacy.  Just in case.