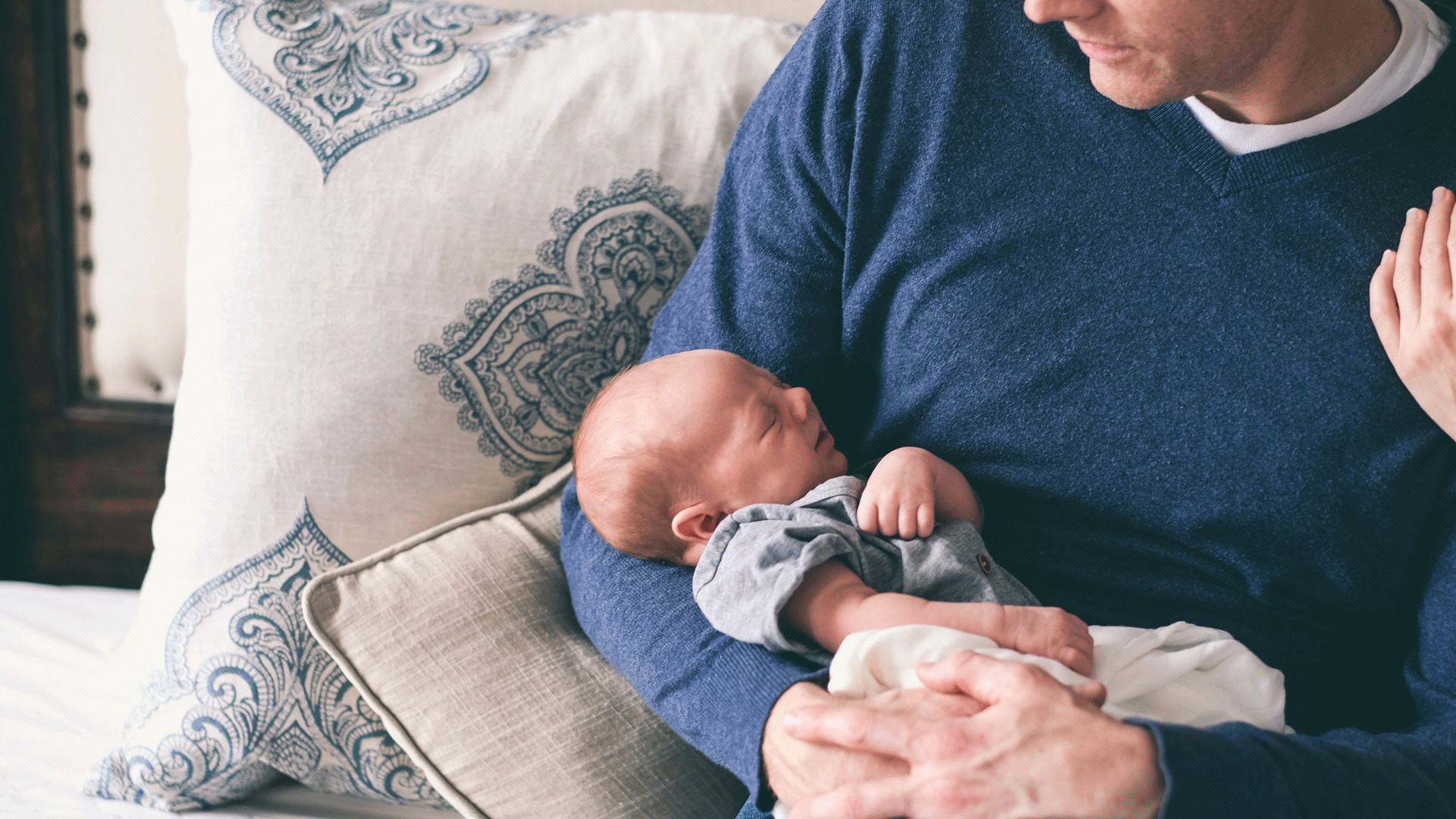 13 Jan Back to Baby Class for Blokes

Posted at 02:57h in Inform by Guest Contributer

After a 15-year break, Mark Bradridge finds himself sharing his re-dad wisdom with a room full of bewildered blokes.

Lawyer Guy looks at me like I’ve ashed on his tongue. “My wife has never uttered a swearword in her life,” he says, fixing me with a steely glare.

No doubt, I think, but then your wife hasn’t given birth before.

In the long hours before my first daughter alighted in 1990, I heard invitations to improbable acts that made my teeth pucker. I was guilty, I tell Lawyer Guy, of simply being. Good, bad or indifferent, nothing I did or said appeared to help ease my then-wife’s indignant, loud, Tourette’s-like rage. You too, sir, I told him, may also have to man up and cop it.

He sniffs me away, and the midwife conducting the Blokes’ Birth Class asks if anyone else wants to grill me, the alleged Voice of Experience. After a 15-year gap, daughter number three is around the corner, and I’m here for a refresher course. When the midwife finds out I’m the only ‘re-dad’ in the class, she invites me to share my so-called knowledge.

I mistakenly assume the modern bloke is more tooled-up for the birth-and-baby caper, more savvy. Nevertheless, I blab on and ‘share’. It doesn’t go swimmingly. I’m asked to demonstrate how to handle a ‘baby’, in this case a Chucky-like plastic test-tot. I do so, then transfer Chucky to Team Jersey, an affable chap of tender years, who drops it on its head.

“Let’s hope your wife’s having a plastic baby,” says the midwife.

Dreads, a cheery surfer dude, tells us his in-laws are staying for ‘at least’ two weeks after the birth to help out. “And then what?” I ask. Dreads frowns, probably not because he hasn’t considered the question, but because he has.

Sleeve Tatts has a question for me. “Do you look for trouble, mate?” Mm, I see what he’s doing. He means I’m about to become Old Codger Dad, permanently chained to the playground, crushed of spirit, shattered of peace, incontinent of trouser. It’s not the only time I’ll hear this kind of thing. Or the ‘Oh…’ with a long trail off after I tell people I’m back in babyland just as dotage beckons. It’s okay. I can take it. I love being Dotard Dad. And surveying this cache of hapless chaps, I think they’re going to be smitten, too, even if it doesn’t seem that way now.

What’s remarkable about the general air of cluelessness and confusion in the room is how little appears to have changed in the dude-to-dad business over the years. Sure, the labour and birth process is different – I doubt doctors still place a comedy dartboard in front of a stirrup-straddling, howling mum-to-be and yell, “Aim for this!” as one did during my oldest daughter’s birth. Nor, I truly hope, do they let interns ‘sew up’ after a 72-hours-straight shift.

The birth classes then were slightly ramshackle affairs involving medicine balls and yoga mats, stuff about pelvises with floors, meditation and whale songs. The class of 1990 wasn’t boot camp exactly, but it was a little warm and fuzzy and vaguely reassuring, which is about all we and the instructor seemed to expect.

I’m not entirely sure what the expectations are today at Blokes’ Birth Class. It’s not like the midwife doesn’t know her shtick. She’s generous with her years of top-shelf expertise, covering just about every angle and possible outcome in this tricky business where each birth experience is different. Which may be where the problem lies.

Maybe it’s a bloke thing to want certainty, clarity, and the power that comes from knowing the manual.

Or maybe blokes just don’t like being told how to do things, which is something the passing of time hasn’t erased.

At least I got my knowledge top-up, and I hope I helped a little. I wish them all the best, and I know most of them will be great dads, but I’m glad I’m about done with the whole birth thing.

My son was born two years later. I skipped the classes.