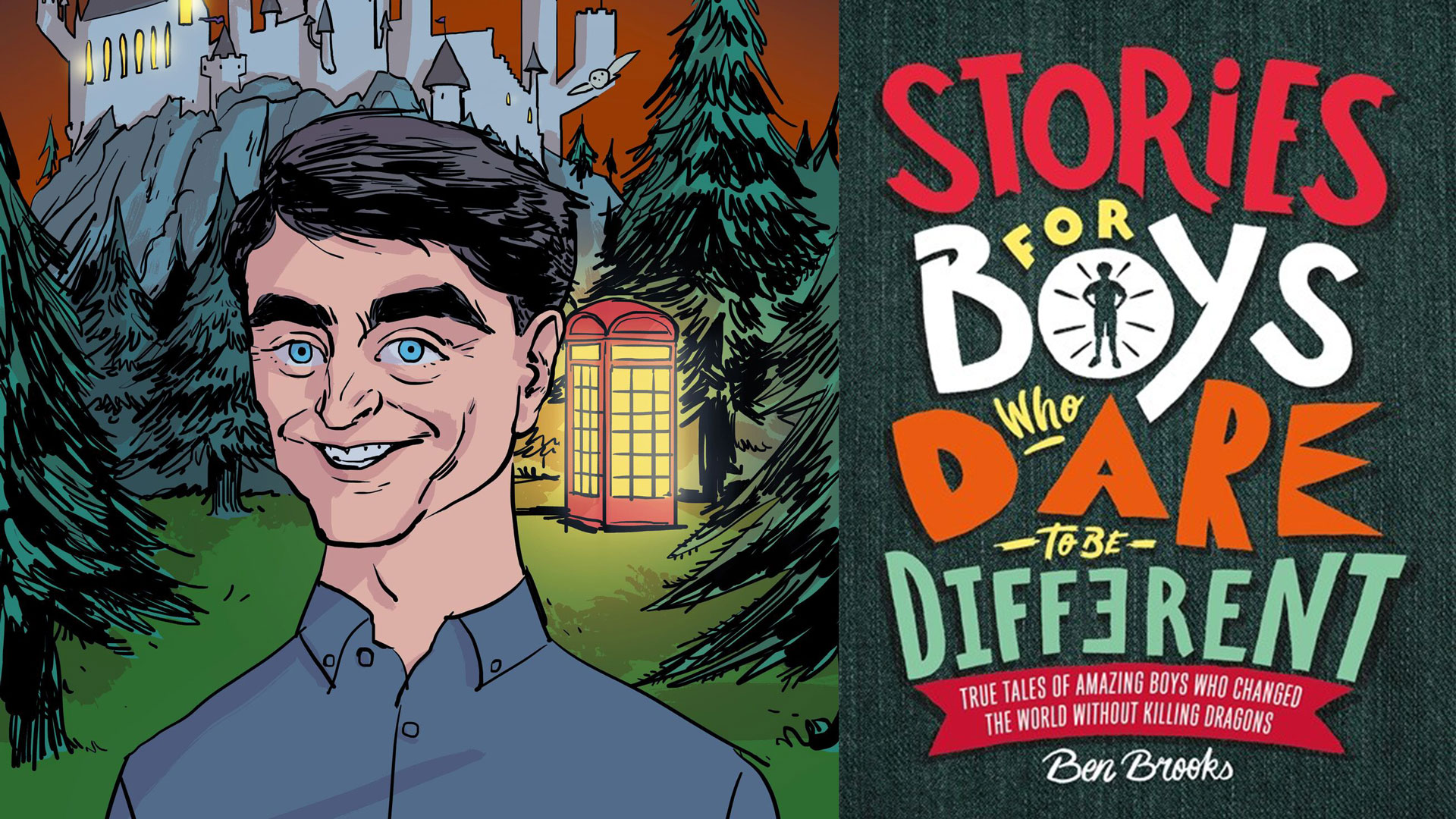 If we take a minute to look at the role models our boys are over exposed to through books, media, and the world at large, it soon becomes apparent that they all represent a fairly narrow set of options.

Be brave, bold and boisterous and grow up to slay dragons, win championships, and conquer the world.

But what if that’s not who you are?

Responding to the dearth of diverse role models for boys, Ben Brooks decided to compile an antidote. Stories For Boys Who Dare To Be Different is a collection of over 100 stories of some famous and not-so-famous men who changed the world without slaying a single dragon or rescuing a single princess.

Among them is the story of Daniel Radcliffe, the British actor who rose to fame when he was cast as Harry Potter in the hugely anticipated film adaptation of J.K. Rowling’s best-selling series.

At school, Daniel never really felt he was good at anything. He had a problem called dyspraxia, which made even little things, like writing or tying his laces, more difficult for him than for other people. He didn’t have much confidence in himself.

Despite that, Daniel always knew he wanted to act. But it was almost an accident when he went to audition to play Harry Potter, the boy wizard who millions of readers everywhere had fallen in love with. Daniel had wanted to give up acting completely when he was eleven. It was only because they couldn’t find the right boy anywhere, that the director went and persuaded him to audition.

As soon as he walked into the room, everyone working on the film agreed: this boy must play Harry Potter.

And, for the next ten years, he did. He went to Hogwarts School of Witchcraft and Wizardry, played quidditch, flew on a hippogriff, battled a giant snake, and ultimately defeated Lord Voldemort.

As Harry grew up, so did Daniel.

Both he and his character shared the same burdens of being recognised wherever they went, being subject to great expectations, and even being bullied at school.

Daniel’s glad that he took the part in Harry Potter, not because it made him famous or rich, but because it meant he hadn’t let the dyspraxia stop him from doing anything he wanted to. And now he has the chance to do good for others.

To help, he has supported the UK-based charity Get Connected, now known as The Mix, which is a service for young people in need of advice. Instead of buying him Christmas presents, he once asked fans to send money to a hospital for sick children. And, in the USA, he’s worked with The Trevor Project, a phone line that young LGBTQ people can call if they feel sad, alone or unsafe.

“Some people think I’m gay,” he says. “Which I think is awesome.” 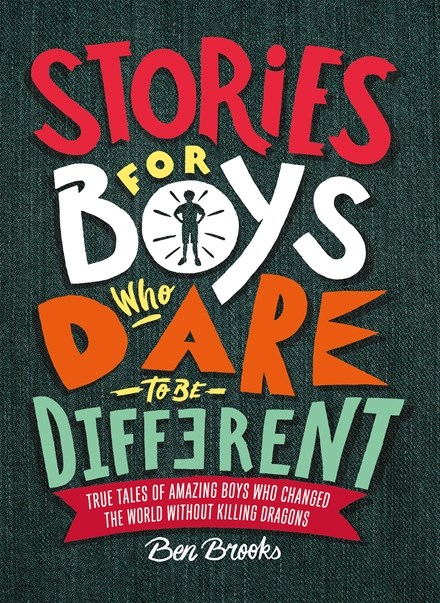 This post is sponsored by Hachette Australia, and is an edited extract from Stories For Boys Who Dare To Be Different by Ben Brooks, published by Hachette, RRP $35.