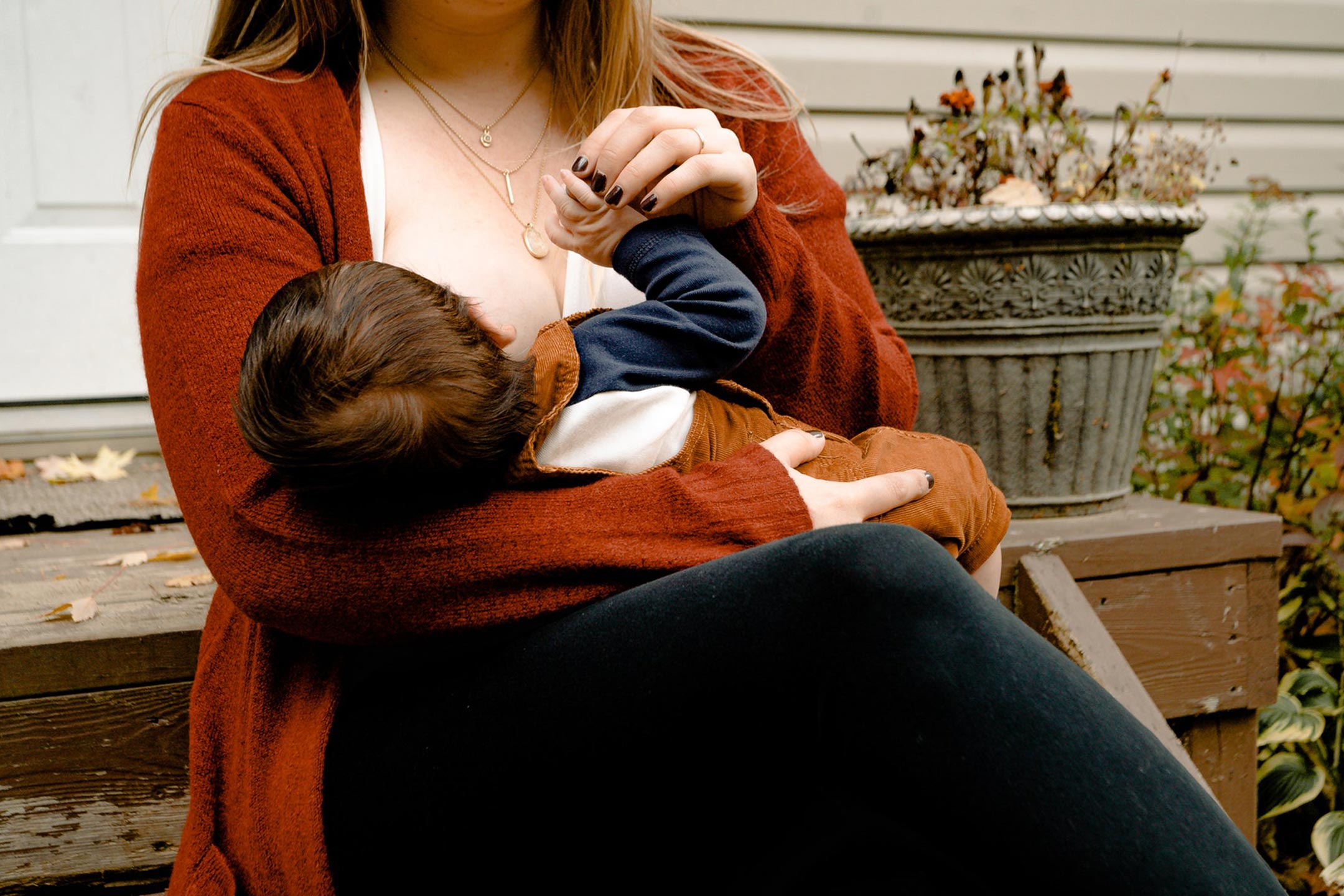 Posted at 12:01h in Editors Picks, Inspire by admin

Weaning can be hard for both mother and child, writes Carolyn Cooper.

…by then breastfeeding was more about emotional comfort than supplying milk to a hungry child. It was like a vital force bonding my daughter and me completely – the ultimate source of comfort, warmth and nurturing for both of us.

When my first daughter weaned herself off the breast the day before her first birthday, I felt sad that this special connection we shared had ended so suddenly. However, the sad feelings passed and I later realised that baby-led weaning was probably the easy way to stop breastfeeding. She had made it clear that she was ready to stop and there was little I could do other than accept it and move on.

When I had my second baby, I assumed she would follow suit and lose interest in the breast at about the age of one. However, this was not the case. Hannah’s first birthday came and went and, still having three very manageable feeds a day, she showed no signs at all of losing interest. By the time she was 18 months, it was the same story, but by then breastfeeding was more about emotional comfort than supplying milk to a hungry child. It was like a vital force bonding my daughter and me completely – the ultimate source of comfort, warmth and nurturing for both of us. If Hannah was sick, tired or teething, the physical closeness of a breastfeed was a sure way to soothe her and relieve any discomfort, and as my basic maternal instinct was to protect and care for my baby, breastfeeding her felt natural and effortless. Breastfeeding also made me feel calm during the early, heady, sleep-deprived months with a newborn and toddler – a chance to sit in silence and drift off in a happy state of natural sedation. Weaning was, therefore, going to be a challenge.

How was I going to gradually dissuade my daughter from breastfeeding without feeling that I was not only depriving her of an effective milk-producing system with unsurpassed nutritional benefits but also closing down a complex powerhouse of maternal emotions? Why would I do that and how? The more I questioned my motives to wean, the further my growing sense of uncertainty was fuelled. Physical removal from the breast was one thing, but I wanted to know that I could still provide my daughter with the same level of emotional support we had both grown accustomed to and, importantly, assure her that I was not neglecting her.

I was not under any pressure to wean, but when she was about 18 months old, my instinct suggested it might be time to do so. This inkling, along with certain other circumstances, aided the process.

The opportunity to forgo the early morning feed arose when Hannah started sleeping in later in the morning, allowing my husband to get her up and make her breakfast. The sleep-inducing warmth previously brought about by her mid-day feed was soon provided by holding her closely to me and singing lullabies to lull her to sleep. And we seized upon her growing interest in her big sister’s bedtime storybook to gently distract her from the evening feed, at which time my husband happily took on the responsibility of reading to not only one captivated listener, but two. To my great relief, it looked as though my daughter was accepting being weaned and that at least the physical process of gradually reducing feeds had gone relatively smoothly.

However, as my body received its signal to stop producing milk, the hormonal adjustment that accompanied my diminishing supply prompted mixed emotions. These emotions, stronger than any physical discomfort, ranged from self-doubt (was I doing the right thing?), sadness and nostalgia, to contentment, pride and, ultimately, satisfaction. The breastfeeding journey was running its natural course, yet there was still grief. Grief, because I had decided to close down this amazing human milk-producing phenomenon, which had operated so well to nourish and comfort my child for so long. Grief also because this was our last child, and breastfeeding would soon be a thing of the past and, quite frankly, something so powerful and all-nurturing was hard to relinquish. Yet, as my milk supply continued to dwindle, the sad feelings did too and I began to discover other ways of sharing closeness with my daughter.

Surrendering this unique maternal bond with my daughter has taught me to become more confident in sharing the responsibility of nurturing with others and to develop greater trust. This has not only been important for my daughter and me, but for our whole family. Without regular breastfeeds dividing up my days any more, I have reclaimed more personal time and a renewed sense of self. My daughter also seems to be thriving on her newfound independence. All of a sudden she appears taller, older and more confident. No longer a baby, she is growing up before my eyes. Perhaps this is part of the reason for my sadness and nostalgia.

I realise that weaning has been a positive experience too. It has given me the time and space to reflect on my investment in and dedication to breastfeeding and all of its many wonderful benefits. Weaning also heralds a new chapter. One that will hopefully be a testament to the past 19-and-a-half months of the closeness, tenderness and love shared between my daughter and me.