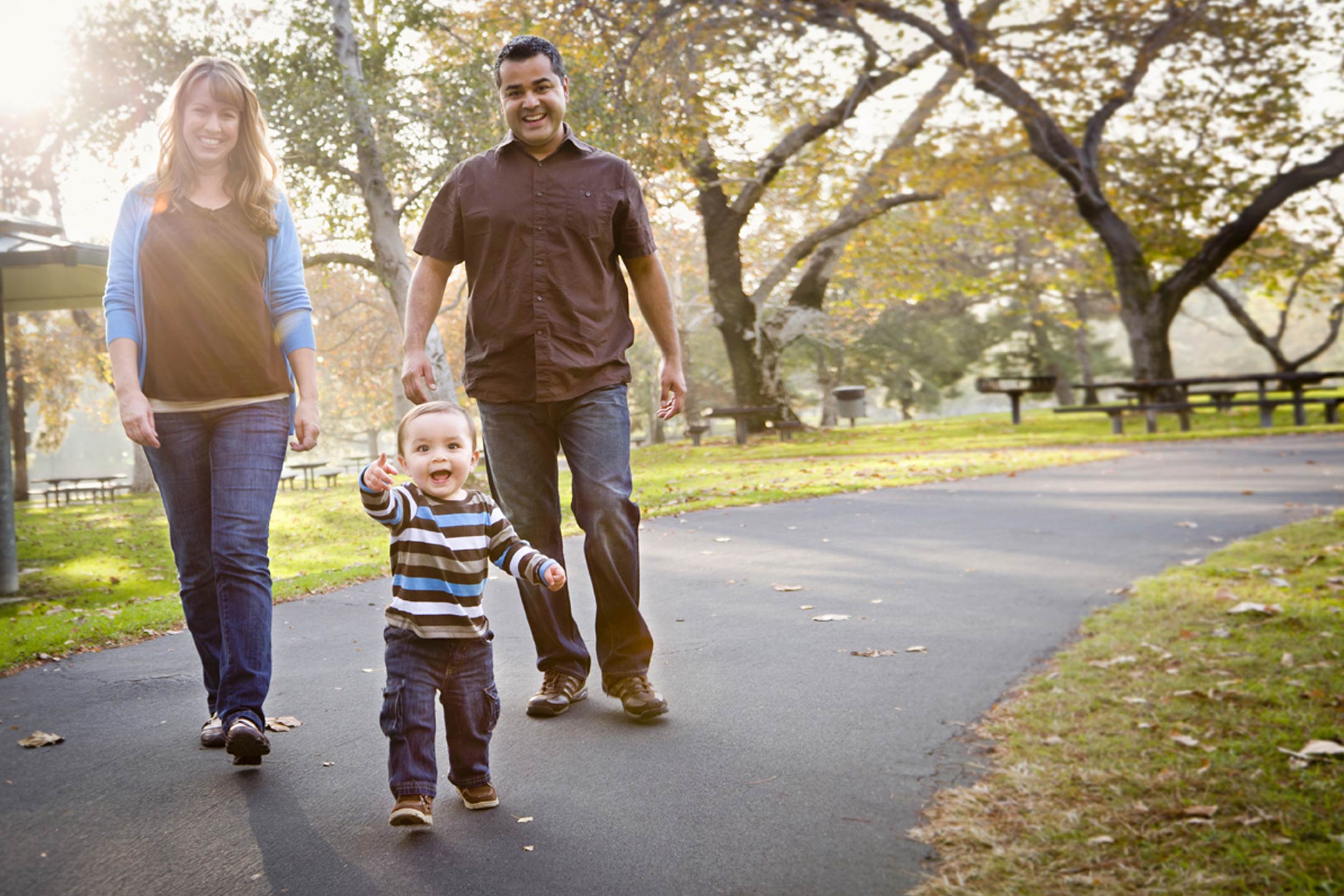 Posted at 12:06h in Celebrate by admin

From Norway to Vanuatu to Chile –  how does pregnancy differ around the world? 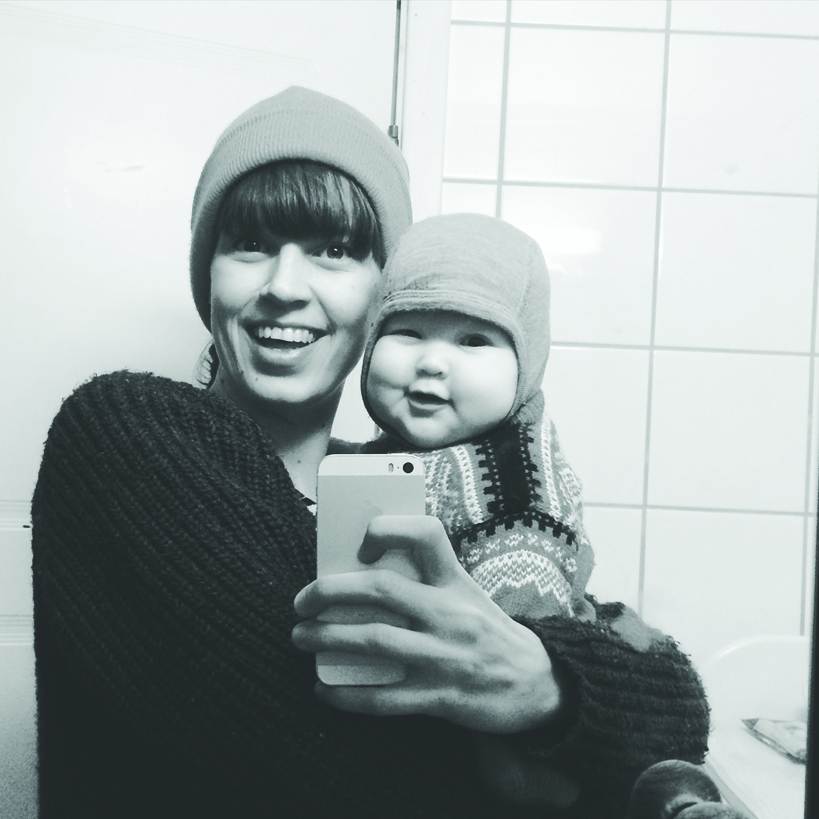 In Norway, you attend medical appointments every month with your doctor or the midwife. I could choose which one I wanted to see. We had two screenings, one around 11 weeks to find my due date, the other at 20 weeks. I chose to take a pregnancy yoga class at the end, mostly to learn about breathing techniques. You’re invited to attend a birthing class at the hospital, but we didn’t go.

In Oslo, you have to apply for a birthing spot, which was something we didn’t know. The midwife who performed our 11-week ultrasound had this stressed-out look in her eyes when she heard we hadn’t applied, and organised it for us. We wanted to be at a hospital not too far from us. They were full, so we ended up in a hospital about 30 minutes away. They have two birthing departments – one if you’ve had a healthy pregnancy and another if there’s been anything out of the ordinary. If you end up on the first one, there are no drugs. We went for an all-natural birth, and had the best experience. Many were a bit shocked when they heard we were giving birth at that hospital – “It’s so far away!”

If you go further north in Norway, many women have to drive for two hours, or take a boat or a helicopter, so our 20 to 30-minute car ride didn’t scare me.

In Norway, you receive government support for your maternity leave. You have to have worked full time for six of the last 10 months to receive full pay. Then you could choose to be home for 39 weeks with 100 percent pay, or for 49 weeks with 80 percent pay. Ten of the weeks are reserved for the father. Many choose the  100 percent solution, and then to be at home for 10 weeks unpaid.

I’ve just started working again, which I’m not a big fan of – yet. My baby’s almost nine months old now and we’ve been more together than most, since my boyfriend is a chef and works about 15 hours a day four to five days a week. This has made both the baby and me a bit dependent on each other…which I kind of love. I didn’t have any help after she was born, except from family now and then. She’ll start daycare in August, which is kind of scary. I guess it’s good for the both of us to be apart a bit?

Right now I don’t have a steady job. I’m a substitute teacher. It’s a really soft start. Being a working mother is good. You have several rights like an hour a day to breastfeed, the right to work flexible hours or reduce your position if this can be done at your workplace. You also receive 10 sick days for your child each year, in addition to your own.

Do I feel valued and supported as a mother?   Yes, most people in Norway love babies. I feel like everybody is trying to help the best they can by holding the door, or asking to help me carry the stroller if there’s some stairs and no elevator. When you have a smiling baby who loves people, walking around in the city is easy. 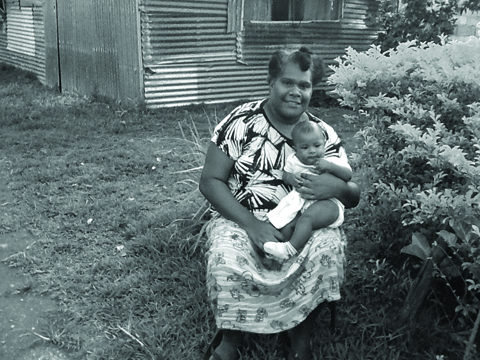 In Vanuatu, we see a doctor for our first pregnancy medical visit, then monthly check-ups with a nurse. The month we’re due, we go swimming in the sea beyond the calm lagoon. The rough water moves your body and the baby around. You see the mothers with their big tummies out there swimming in the sea. It brings labour on. When they come out, the backache and tummy-ache starts.

You’re expecting everything to go well, but sometimes things don’t go the way you expect. Ammie (now seven months) came two months early. I don’t know if the hospital offers pain relief; I didn’t have it for Ammie or my other two children. Someone like another woman or your mother normally comes with you to rub your tummy or back. My husband was with me.

There were only a few maternity beds in the hospital, so the baby and I had to leave the next day. We didn’t go home to my village about 30 minutes drive away, instead we stayed with my parents in the capital, Vila. I took Ammie in to hospital for weekly check-ups. My kids, seven and four, stayed with my mother-in-law and sister-in-law in the village for those two months.

For now, I’m staying at home looking after Ammie. I might go back to work with my husband in our tour company once she’s walking. I would have to find someone to look after her.

Do I feel mothers are valued in Vanuatu? Not always. Sometimes, when you get tired, you can’t get a rest. You want to have a cup of tea with your friends, but that won’t happen. Sometimes you feel like you’re missing out on lots of stuff, because you’re home looking after your children. I’m dreaming of a house for my family. We live in a small corrugated iron building – it’s very hot and very difficult. The recent cyclone took our roof away and we had to go up into the bush to find it. We’re still using a tarpaulin when it rains. 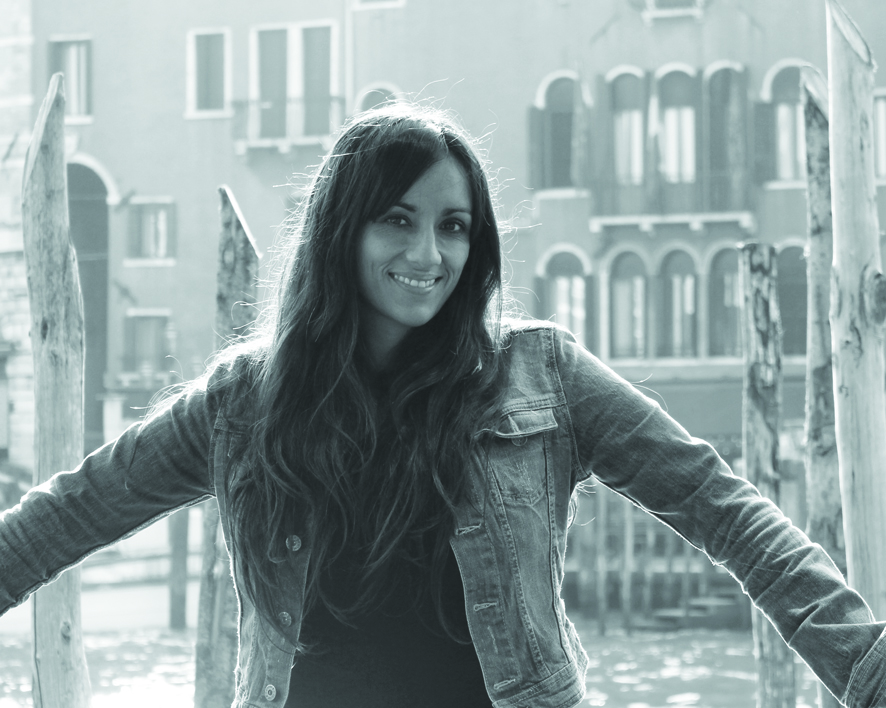 In Chile, I have medical appointments every month, and six screening tests during the nine months. I’m hoping for a natural birth, although in hospital you can have whatever pain relief you like. I have family support around me, but I’m so busy that I haven’t paid much attention to the ‘pregnancy’ stage. I’ve been feeling awesome, so I’ve kept up my regular activities.

I used to go to the gym at least four times per week. Now I am going two to three times per week as I work a lot. However, lately, I have had some issues with my back, so I’ll start water exercises.

I normally eat quite healthily, but now I’m trying to increase the amount of veggies and proteins. Sadly, I cannot eat raw food, which was my favourite (ceviche, sashimi, roast beef) and I’m avoiding sausages and burgers, and also tuna, which contains mercury. I’m eating quinoa and more salmon and avocados, which are rich in many vitamins and other nutrients. My ritual is moisturising my tummy and breasts twice per day.

I’ll probably need family support as soon as my little one is born. There’s governmental social support for pregnant women in Chile, but I haven’t had to use it. I’ll go back to work after a month, I’m afraid. I run my own business so I have to be there. I will have a full-time nanny. It’s quite usual to have a nanny in Chile; it costs about A$400 per month.Bump nation: pregnancy around the world

Do I feel valued and supported in Chile as a mum-to-be? People become nicer with you when they see you are pregnant. No more waiting in line – special parking spaces and queues, so many smiles for you. We become the cutest creatures in the country.