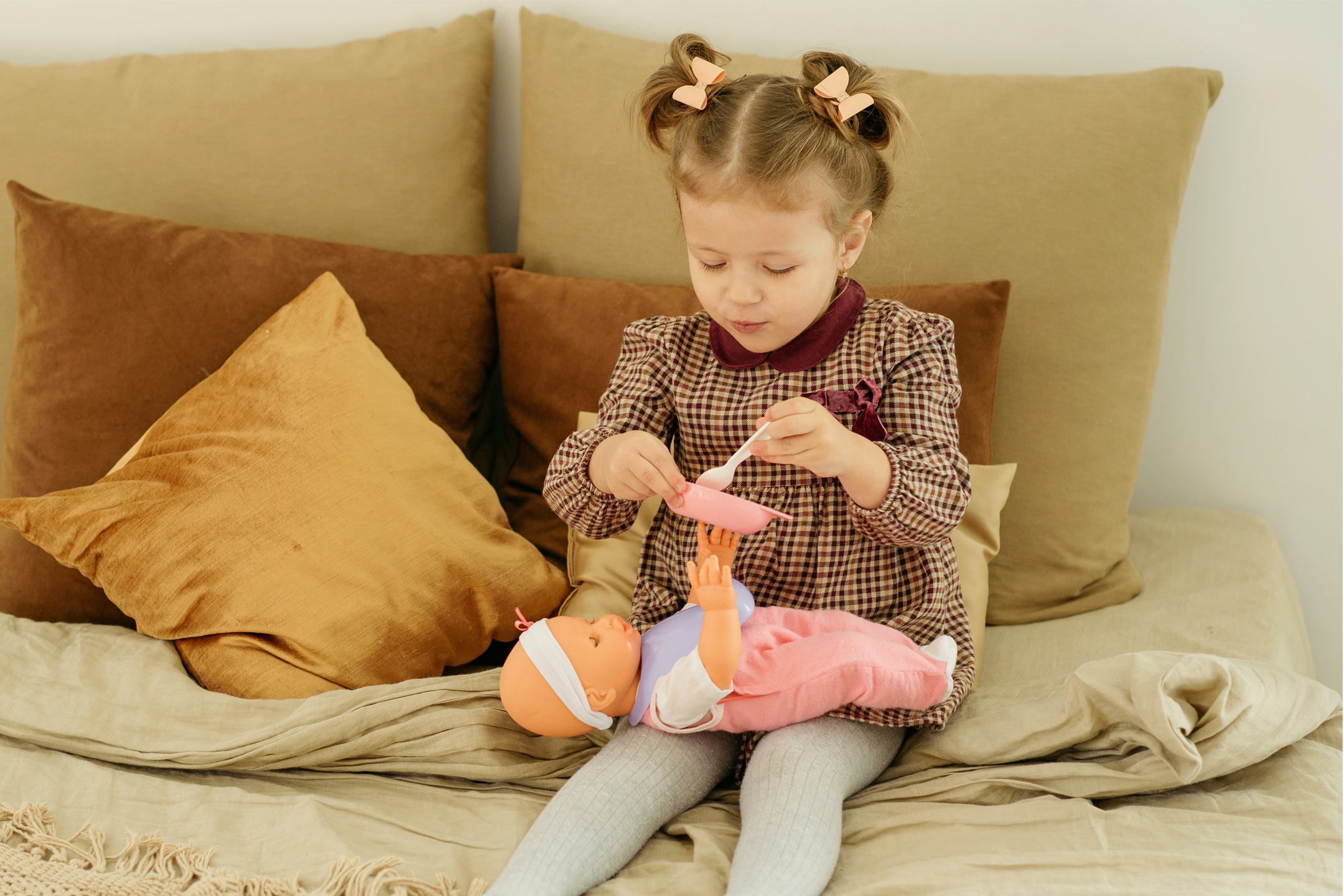 Posted at 18:26h in Editors Picks, Uncategorized by admin

Samantha Allemann enjoyed playing with dolls for a much longer time than her peers.

When I was 10 and about to go into hospital to get my tonsils removed, Mum bought me a present to soothe the pain: Gymnast Barbie. I was thrilled and made her do twirly gymnast-like moves on the clothes horse all weekend.

However, I wasn’t so thrilled to have my best friend announce this at school, whereupon the news of my gift was met with snorts of derision from my uber-cool Grade 5 peers. “You still play with dolls?” they asked with undisguised disgust. Turning beetroot-red I offered a quivering, “Um, nah…” and secretly felt bad for the rest of the day about betraying Barbie with my lack of loyalty.

Truth was, I was still enjoying playing with dolls, and would do so until my early high-school days. Until that traumatic schoolyard experience, I was unaware that this wasn’t the norm. While I wasn’t discovering boys at that age (and didn’t until my late teens), I was finding other passions – I was mad about Silverchair, I lapped up the G-rated heavy-petting sessions in Sweet Valley High and perused ‘Dolly Doctor’ each month. I was growing up and becoming a teenager; a weird, confusing and not-too-wonderful stage, one where I would have to leave my dollies behind. Easier said than done. 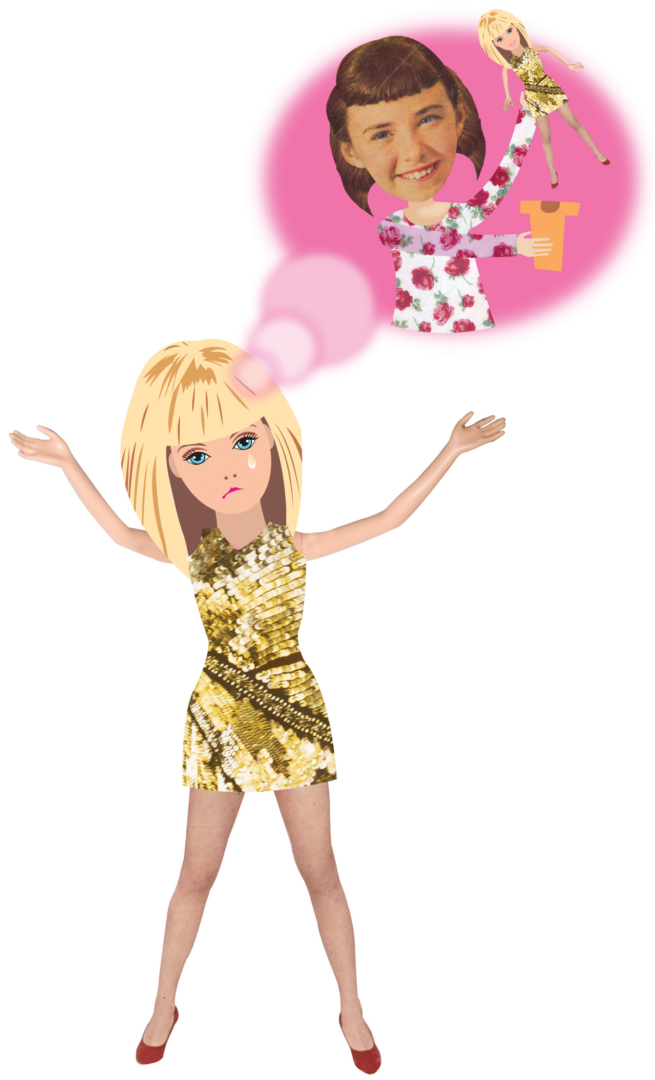 Growing up, I had an intense relationship with my dolls. I wasn’t like my friends who tossed their Barbies down the stairs, fried them on the BBQ and lopped off all their hair. All my dolls were dressed in their best outfits with their manes of hair brushed every night before being placed carefully back on my shelf. My favourite trips were to the ‘dolly hospital’, an actual doll heaven where you could buy everything from eyelashes to knitted booties and cots. I bought gorgeous outfits for my favourite doll, ‘Magic Nursery’ Chantelle (she understandably preferred the dolly-hospital couture to the nasty outfit she originally came packaged with).

My dolls were my babies, and their eternal newborn status meant we could never experience the natural growth that occurs when your baby grows up, goes through puberty, and moves out and on. From the scorn of my classmates and from a society that was telling me to care more about bras and bulimia than bottles and bows, I knew my doll-playing days were numbered. Britney wisely sang about not being a girl, not yet a woman. This awful limbo stage didn’t make the decision easy. Distracted by my ‘blossoming womanhood’, I wasn’t acting out scenes and nursing my dolls any more and so they sat untouched, staring spookily at me with their dull eyes while I pretended they weren’t there. “Why don’t you just put them under the house?” Mum complained when I was 14, as my doll cot sat on the far edge of my room, covered in a thick layer of dust. “’Cos I still play with them!” I coughed and wheezed, refusing to look over and see Chantelle and Emma and my beautiful porcelain doll, Baby, blanketed in dust.

I couldn’t pack them away. I knew that doing so would spell the end of childhood for good, and that made me nervous. Eventually, Mum got her way. I’m unsure as to whether it was a result of one of our many battles, or whether I simply got sick of choking on the dust, but my dolls were cleaned, wrapped up in tissue paper and put under the house.

At 24, I had only two inanimate creatures on my bed, and they’re not even dolls: a glow-in-the-dark Care Bear and Patrick from SpongeBob SquarePants attired in shorts. An ex-boyfriend once scoffed at this and said it was “childish to still have those things”. I think I am showing restraint. I have never gone under my parents’ house to revisit my babies; I have let them go. Sometimes I do wake in fright in the middle of the night, having visions of moths and other gross creatures chewing off Barbie’s nose or popping through Chantelle’s eyeballs. However, it’s not my place to worry about them any more; I’ve got bigger fish to fry. But the memories of our time spent together will always be in my heart.