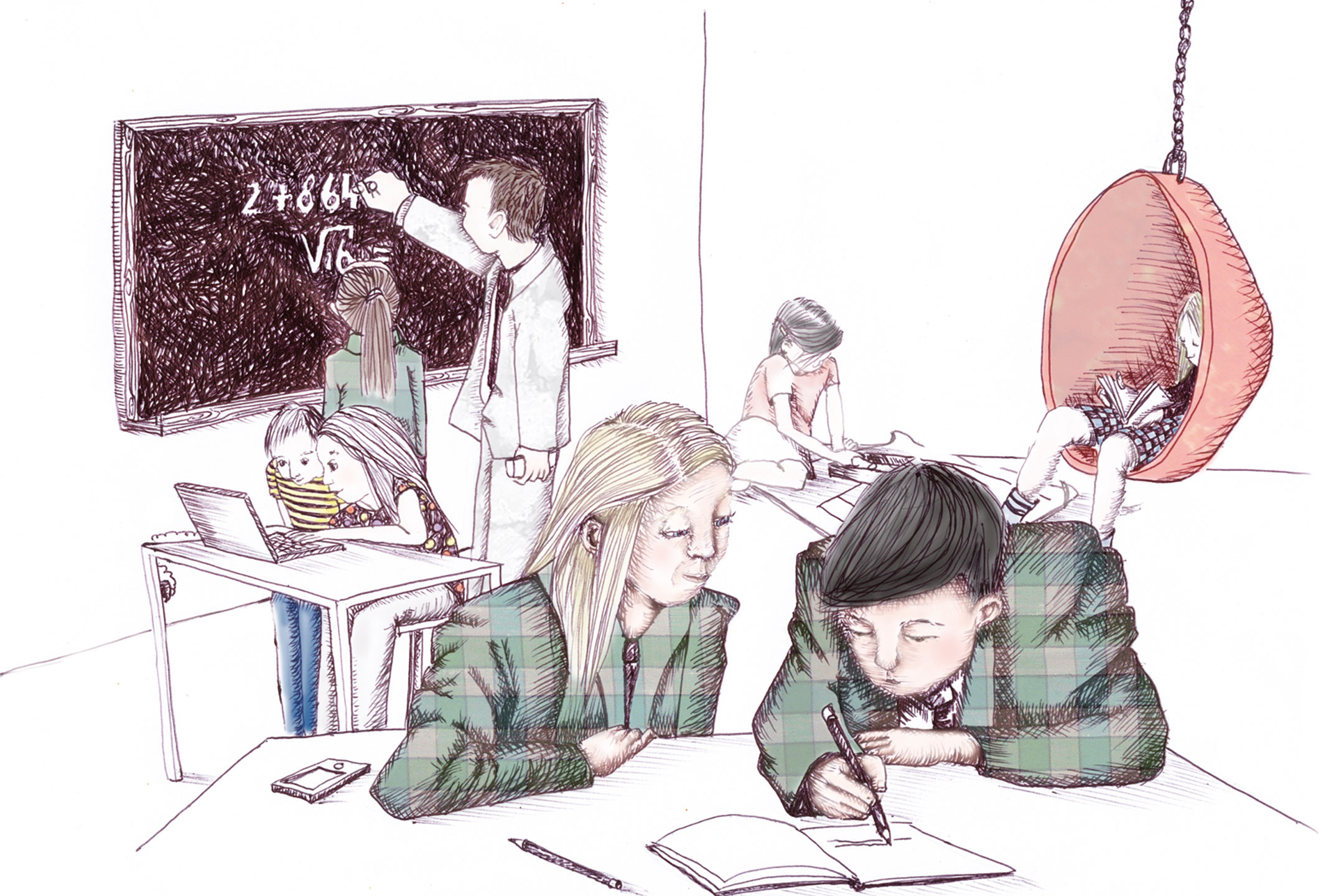 23 Jul Can we refine, realign and declutter the Australian Curriculum?

A ‘crowded curriculum’? Sure, it may be complex, but so is the world kids must engage with, writes Chris Hickey.

The Australian Curriculum is going through a review process with proposed changes released for public consultation at the end of April.

When Australian state education ministers commissioned the review in June 2020, the terms of reference specified the aim to “refine and reduce the amount of content across all eight learning areas […] to focus on essential content”.

The draft up for consultation states:

The Review looks to improve the Australian Curriculum by refining, realigning and decluttering the content so it focuses on the essential knowledge and skills students should learn and is clearer for teachers on what they need to teach.

But is the curriculum actually “cluttered” or “crowded” as commonly claimed? And what does that even mean?

Claims of the Australian Curriculum being “crowded” have been heard far and wide. For instance, in December 2018 then Federal Education Minister Dan Tehan told a conference:

Teachers tell me that there is too much being taught and we should be concentrating on developing a deeper understanding of essential content.

Preliminary research from the Australian Curriculum, Assessment and Reporting Authority’s (ACARA) does reveal teachers are in the chorus line of those voicing concerns about the need to refine and reduce the curriculum’s content.

Today’s teachers are increasingly called on to play an active role in translating a wide range of contemporary social agendas into age-appropriate curriculum content for their students. This includes fostering young people’s understandings of respectful relationships , consent , cultural awareness and the environment. 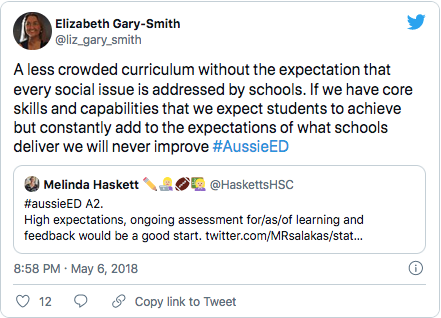 While few would reject the importance of these issues having a presence in the contemporary curriculum, they inevitably add to the time and content demands already placed on teachers.

At the heart of accusations of a crowded or cluttered curriculum are concerns learning in key areas — such as literacy and numeracy — will be compromised by an insidious creep towards a breadth of content, such as gender and environmental issues.

Of course schools have always been active sites for the delivery of important social policy. Key social agendas associated with population health, welfare, security, nutrition and hygiene have all had prominence in the curriculum at various moments in history.

A historical example of curriculum adaptation to accommodate national priorities can be readily tracked during times of war. Both world wars saw an increase in gender segregation in the curriculum, in which greater emphasis was placed on the disciplining and conditioning of boys, while welfare and health education were heightened for girls.

Going ‘back to basics’

Accusations of a crowded curriculum are often amplified following the publication of international educational test results. At the end of 2019, the OECD released the latest results of its Programme for International Student Assessment (PISA). The results showed, since PISA first assessed reading literacy in 2000, Australia’s mean score had declined by the equivalent of around three-quarters of a year of schooling.

Whenever the comparative performance of Australian students is seen to fall against their international counterparts a blame-game is set in motion.

For instance, Dan Tehan had said he was disappointed with the results and would “take a chainsaw” to the Australian Curriculum — again saying it was too “cluttered”. Together with this is generally the declaration for an urgent need to, “go back to basics”.

It’s not so simple

While the rhetoric around stripping back the so-called crowded curriculum has an appealing simplicity, its application is considerably more problematic.

At stake here are the perceived merits of each of the eight key learning areas that comprise the Australian Curriculum.

It would be a hotly contested decision to declare the content associated with any of the eight Learning Areas (English, Maths, Science, The Arts, Humanities, Technologies, Health and Physical Education and Languages) should be purged. 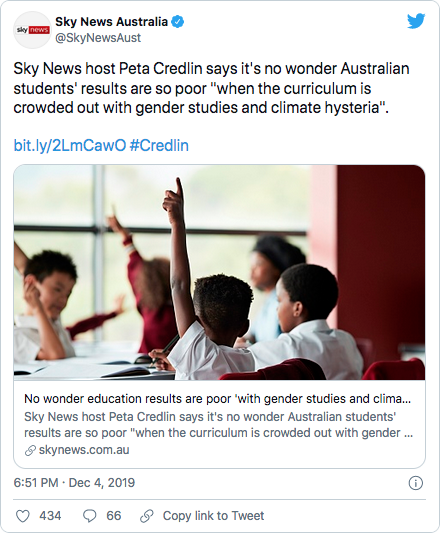 So rather than concede the curriculum is crowded, ACARA has opted to describe it as cluttered. The prevailing view here is that it is not excessive curriculum content causing teacher angst, but uncertainty about its structure.

ACARA’s CEO David de Carvalho believes clarifying the structure of the Australian Curriculum and the relationship between the three dimensions of the curriculum — Learning Areas, General Capabilities (key skills and dispositions) and Cross-Curriculum Priorities (regional, national and global priorities) — will go a long way to addressing current teacher concerns.

So the challenge is to strike a balance between the competing curriculum demands for “back to basics” and the need for “formative futures” — understood as the fundamentals for effective personhood in an increasingly complex world. Numeracy and literacy may be important but they are not enough to prepare young people to be active shapers of the world they live in.

Yes, the curriculum is busy and requires regular updating and refining. But breadth is not the enemy of depth. A balanced curriculum has the power to deliver a wide range of important lessons.

So, rather than rehearsing old rhetoric about the curriculum being crowded, we should shift the focus to the quality of the learning experience, and how we can best nurture productive interactions between teachers and students.