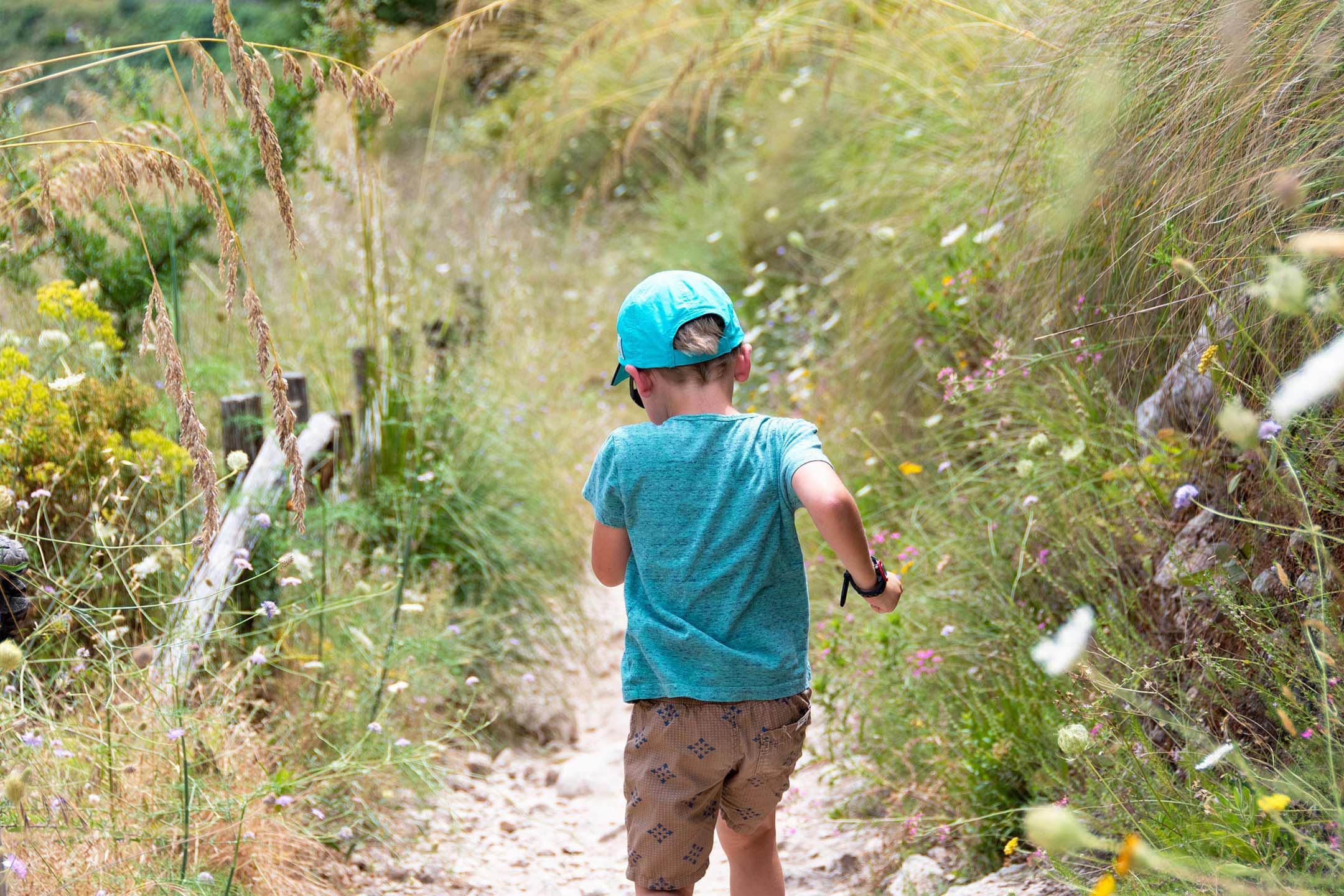 Posted at 12:45h in Editors Picks, Inform, Validate by admin

With two sons affected by cystic fibrosis, Susan Biggar writes about the importance of fitness to her family.

It’s 7.30 on a Monday morning in our house. In the midst of making lunches and pulling the cereal out of the cupboard, I’m trying to get my eight year old to cough into a cup. Over the weekend he has developed a cough and, in our family, this is serious business. Because two of our sons have cystic fibrosis (CF) the slightest wheeze or snuffle from them rings alarm bells and sends us dashing to the hospital with little sputum jars. We will see the doctor in three days to find out what, if anything, has started growing in Oliver’s lungs.

Everyone has surprises in life. For our family, it was our genes. When I married my heart-throb 16 years ago, neither of us gave a thought to what was hidden in our genes. Since we were both tall, we thought our babies would inherit our height, and perhaps also my reddish hair and sportiness, or his brains and poor eyesight. In fact, our three boys picked up a mixture of our traits, including one we didn’t know existed.

Our two eldest sons – Aidan and Oliver – carry two copies of the gene for CF, the most common serious, inherited condition among Caucasians. CF leads to thickened secretions throughout the body. This can make digestion tricky, but it is manageable with enzyme-replacement tablets. However, the thick mucus is very problematic in the lungs, leading to infections and permanent damage and, often, to broken-down lungs by early adulthood.

It has been 11 years since CF first entered our lives. Thankfully, our kids are far healthier than we imagined they would be and our lives are in one sense much more ‘normal’ than we would have anticipated. Having said that, there are truckloads of ways in which CF affects our family life every day. One of the oddest is diet.

Our boys may be the only ones at their school on a high-fat, high-salt diet, but for them it’s what they need to stay healthy.

“Mum!” Oliver shouted, bursting in the back door from school recently. “You have to stop putting chocolate in my lunch – my teacher says it’s bad for me.” Shocking as it may be to Oliver’s teacher, while most parents are scaling back on the butter and chocolate, at our house we’re laying it on thick. Our boys may be the only ones at their school on a high-fat, high-salt diet, but for them it’s what they need to stay healthy. CF steals a lot of energy from kids, and since our boys’ digestion is not right on track, they need about 150 per cent of the calorie and fat content of their peers. So we have become experts at picking the ‘healthiest’ snacks and lunch items: bacon, lettuce and tomato sandwiches with a thick spread of whole-egg mayo; pizza piled high with cheese; tomato soup made with cream; crisps or nuts; avocados; full-fat yoghurt; homemade biscuits loaded with dried fruit, nuts and chocolate. To increase their salt and calorie intake, they have sports drinks in their drink bottles, though the rest of their friends may be drinking water.

Eating differently from your peers can be challenging and it has taken some time – and annual meetings with teachers – for it to be accepted that what’s healthy for one person is not necessarily the same as for another. I have learned to ignore the peering eyes of health-conscious passers-by who wonder at the contents of our shopping trolley, loaded with the high-fat foods of their dreams.

Everybody has their daily routine, I tell the kids. For some it includes yoga or walking the dog. For us, it’s nebulisers and respiratory physiotherapy. Our physio involves a series of long blows into a positive-pressure mask, followed by huffs and coughs. We do this whether the kids are unwell or not, to keep their lungs clear. They swallow a trail of pills throughout the day, including enzymes whenever they eat anything containing fat. It sounds like hard work, but to ensure good growth and no tummy pain, it’s worth it – and it’s the least of our worries.

As we wait for the results of Oliver’s sputum sample, I begin to panic about what bacteria he may have grown. There’s a particularly nasty bug that affects people with CF. If Oliver has it we may need to hit it hard with two weeks of intravenous antibiotics in the hospital. How will I reorganise my life and work and two other kids around the hospital?

Staying out of the hospital is an ongoing aim for us, and one of the keys to our success is fitness. Exercise is as important for Aidan’s and Oliver’s health as not smoking or not eating fast food exclusively is for the rest of us. So we have always made family activity a high priority, including regular, long bike rides, family swims, footy and soccer matches. But over the past two years something new has happened as Aidan, our 11 year old, has started running seriously. His lung function has improved and he has been consistently healthy, not to mention the benefit for his self-esteem in discovering that he is a good runner. In fact, he is good enough to have finished in the top 10 in representative cross-country last year.

Initially, running was strictly a father-son activity – until Dad injured his Achilles tendon. Without a partner to egg him on and to chit-chat with during long sessions, Aidan began to lose interest, and his running shoes rarely came out of the closet. Eventually, I realised that the only candidate left to restart my son’s running campaign was me. The only problem was that I couldn’t run. Well, maybe ‘couldn’t’ wasn’t the right word – ‘wouldn’t’ was more accurate. At least that’s what I said until my son’s health depended on it.

In the beginning, my running was a joke, as I was unable to make it to the end of the cul-de-sac without scheduling a break for air and water. Aidan did all the talking. I could barely breathe, much less discuss the progress of the Ashes. Eight months later, my pace is still slow and I consistently lag behind the pack while sporting an oddly uncoordinated gait. But an amazing shift has occurred in our family. When I begin lacing up my running shoes, everyone jumps on board. Aidan sets the pace, Oliver is gleeful that he can run faster than his mum, our four year old burns along on his bike and even Dad has healed enough to join us. Runs ‘en famille’ are now a regular part of our life, benefiting everyone’s health.

In April, we all tackled a 15km fun run in support of the hospital that takes such excellent care of our children. Oliver and I ran the last 2km holding hands to keep our spirits up and combat the exhaustion. But we did it, despite the screaming muscles and odds against us: me, a 40-something mum with no inherent running ability and Oliver, an eight-year-old boy with cystic fibrosis – a lung condition!

Three days have now passed since the sputum sample was taken and it’s time to see our doctor. Thankfully, we get a reprieve from a hospital stay: Oliver hasn’t grown any bacteria; his cough is probably just a run-of-the-mill virus. We celebrate with two large, super-cheesy pizzas for dinner.

We often celebrate good health in our house – because we’re grateful, and because of the challenge of maintaining a healthy optimism with CF. Cystic fibrosis has some very bleak statistics, with the average life expectancy only somewhere in the late thirties. We read the studies and attend conferences, hearing things we don’t want to hear. Yes, we know the statistics, but we don’t believe that they dictate our future. How could we get out of bed in the morning if we did?

Instead, we tell our kids about Canadian triathlete Lisa Bentley who has won 10 ironwoman races and happens to have CF. We show them stories about geriatric CF patients. We highlight research breakthroughs that are already bringing better treatments and, some day, a cure.

“And besides,” we tell them, “miracles happen every day. Let’s be one of them.”