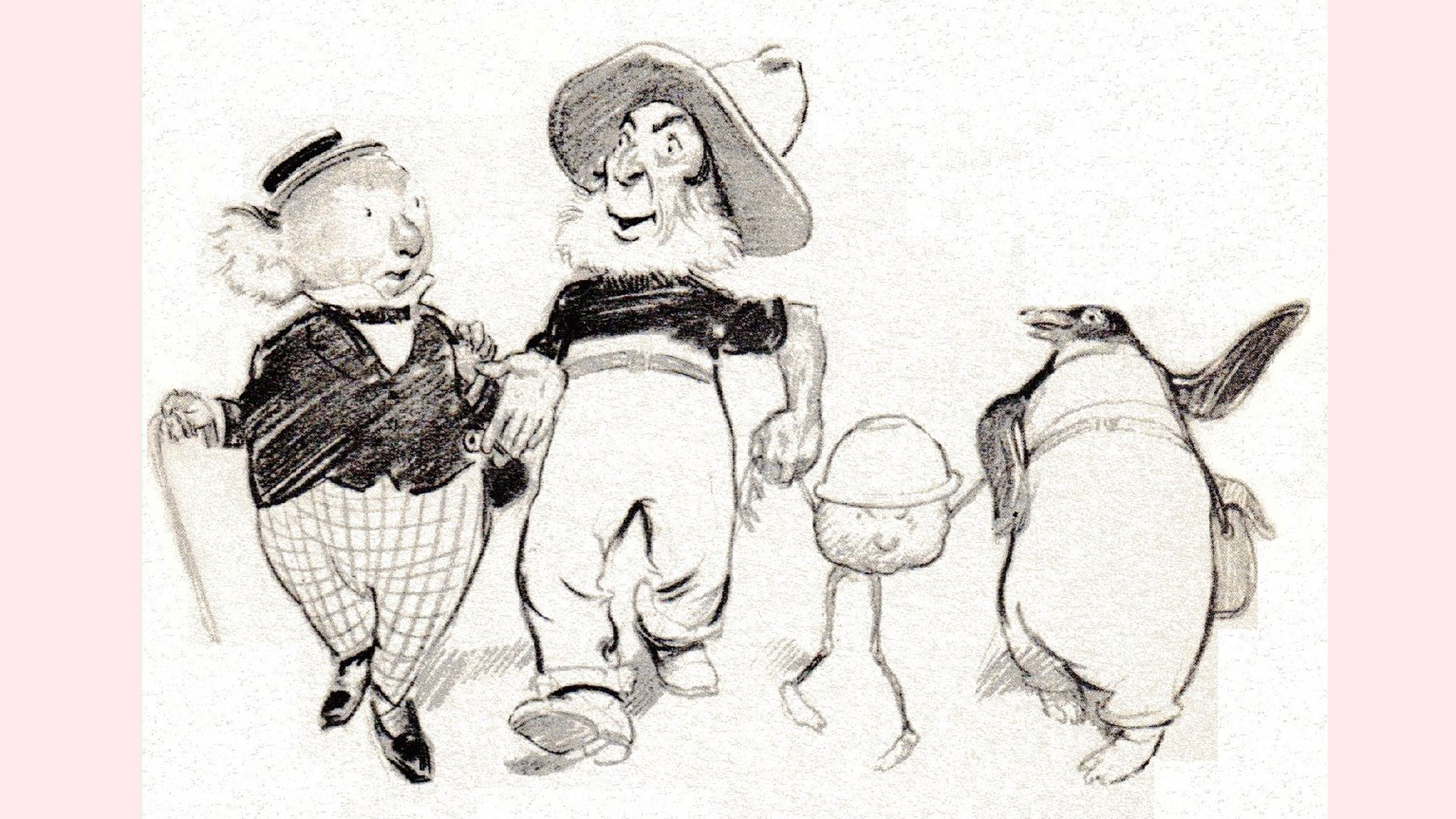 First published in 1918 and written to distract himself from the deprivations of the First World War (and to settle a bet with a friend, Bertram Stevens), Norman Lindsay described The Magic Pudding as a ‘little bundle of piffle’. Stevens claimed children wanted to read fairy stories whereas Lindsay counterclaimed that they are only interested in food and their stomachs.

May Gibbs on the other hand, saw fairy magic in the plants and animals of the Australian bush which she brought to life published as the Tales of Snugglepot and Cuddlepie: their adventures wonderful in 1918. The set of her works as we know today was first collected in 1940 as The Complete Adventures of Snugglepot and Cuddlepie, with the cover declaring Including Little Ragged Blossom and Little Obelia.

Both Classic books have captured children’s imagination since they were first published 100 years ago and they have always been in print somewhere in the world. Records show that 3000 copies of the first edition of The Magic Pudding were printed but not all were bound at once. Sales initially were disappointing and in 1921 the price was reduced to sell. A short run Second Edition was printed and they are now scarce with one for sale at $1000

Reflecting the  language of the times

The use of the English language includes words and phrases full of the Australian vernacular current at the time. Delightful words that have now become part of our language such as banksia men and ‘punch in the gizzards’. One interesting aspect of these Classic books is that they are written to appeal to children and to adults as well -but when they were written, they were a novelty – Australian books with a storyline featuring Australian bush animals.

They are best when read out loud to children using the phrases the authors wrote and, in May Gibbs case, the setting out of the wording on the page. The new 100th Anniversary editions have wording and illustrations just as they were first printed which involved rescanning the original illustrations and placing them within the text, rather than as first produced, on a separate plate.

Both Classics were written and illustrated by their authors, with Norman Lindsay being better known for his art  and May Gibbs better known at the time for her popular cartoon strip Bib and Bub 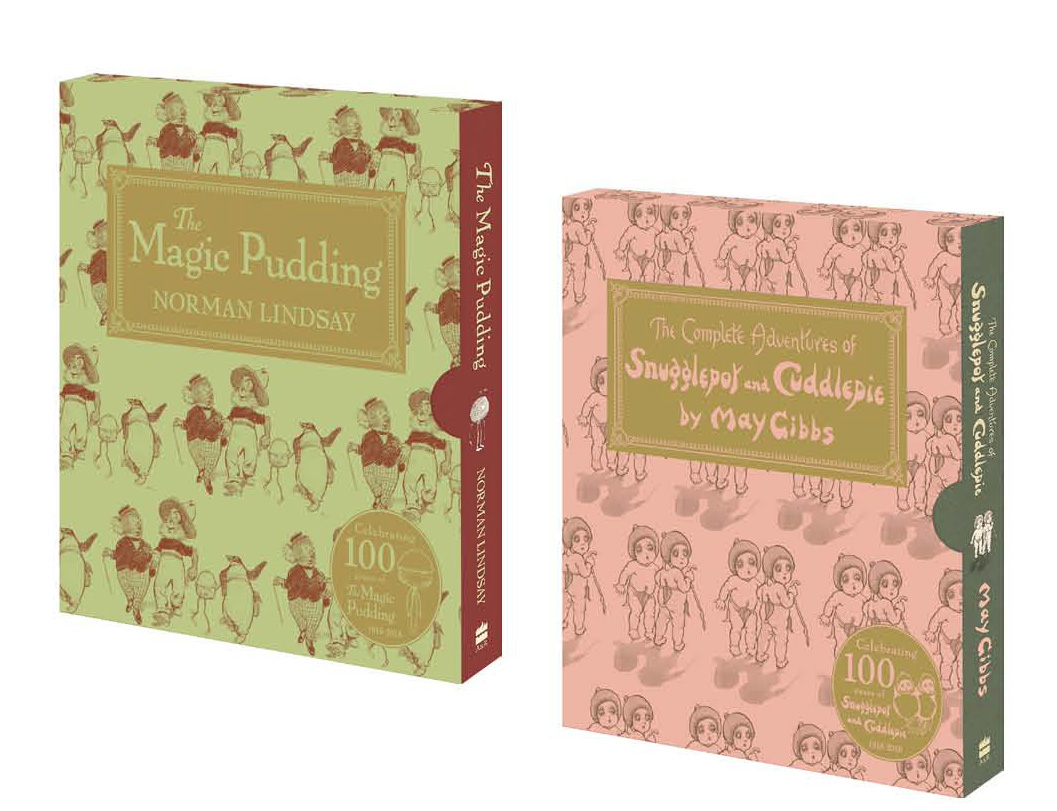 Angus & Robertson, an imprint of HarperCollins Children’sBooks have published a beautifully boxed keepsake version of both books to celebrate the 100th Anniversary of both Classic Australian children’s books – perfect for that special Christmas gift.

There are lots of references to the two books this year including gifts, children’s clothing with a Gumnut babies theme.   The Magic Pudding has even been produced as a children’s Opera!

A Lasting Gift to Children

Not only were May Gibbs books enduring classics but all royalties from the sale of May Gibbs licensed products supports the work of both Northcott and Cerebral Palsy Alliance. She did support charities during her lifetime and children were dear to heart as well as the focus of her work. When she died both Northcott and CPA (called Spastic Centre at the time) would probably have been the most prominent NSW children’s disability charities around at the time.

See links for general information about May Gibbs, her life, her love of the Australian Bush,  and her lasting legacy to the Northcott (formerly The NSW Society for Crippled Children).

You can find the anniversary editions of The Magic Pudding and Snugglepot and Cuddlepie in all good bookstores.