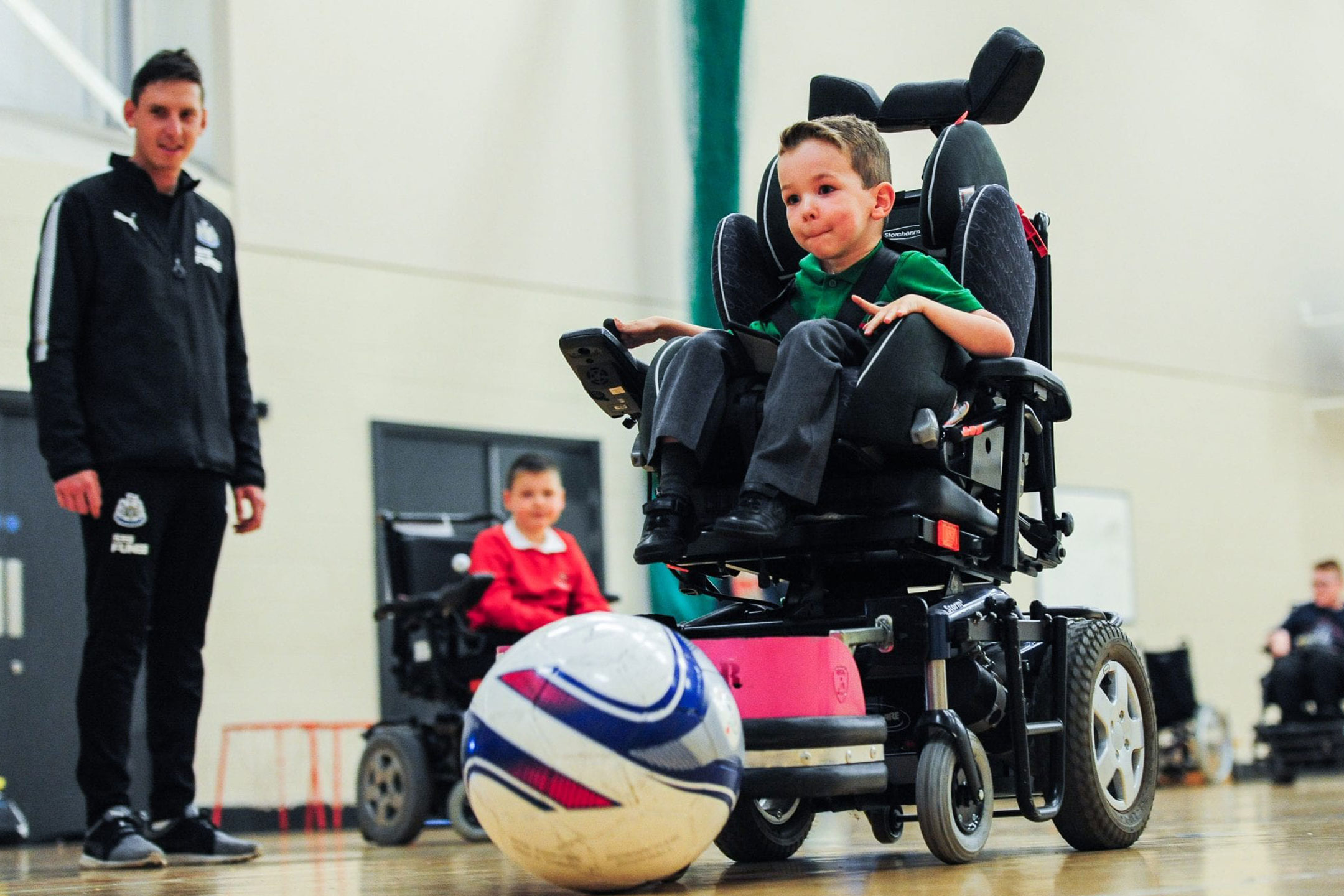 Posted at 17:27h in Editors Picks, Inspire by Editor

In raising her son, who has cerebral palsy, Alex Field has learned to focus on his ability rather than his disability.

When my son was diagnosed with cerebral palsy, I was shocked, terrified and alone. Fear of the unknown and of what lay ahead consumed me.

Looking back, it is no wonder that the day after his diagnosis I had a head-on collision with another car. Luckily for me and my two children (a daughter aged 18 months and a son aged three months), no-one was hurt and my neighbours came to my rescue. As they pulled me out of the car, all I remember saying was that my son had just been diagnosed with cerebral palsy.

At the time, my next-door neighbour was a physiotherapist and I am sure she had seen all the usual warning signs for the condition my son was so obviously displaying. Following the accident, she bundled us into her car, took us home and brought over dinner. Sitting at home in a state of numb shock, I called my parents in the UK and told my father the sorry tale of my misadventures that day. I had spoken to my parents the day before to tell them my son’s diagnosis. Dad told me not to worry, and that he had also had a car accident that day. This somehow helped; I realised that parents and children are irrevocably attached and even when miles apart, a tragedy is felt deeply by both. I was not alone.

My mother, ever pragmatic, asked me what I was going to do to help my son. It was then that I started to think about my son’s options and how best to help him. My first port of call was a cerebral-palsy support association, followed by every therapy that offered a glimmer of hope for my son. This included a range of alternative therapies such as the American program Doman Delacato and music therapy. All the therapies were time-consuming and enveloped me in a cocoon of denial.

With varying degrees of sympathy, people close to me watched me cope, but most were simply unable to understand the enormity of what had happened. Having not experienced it themselves, they seemed to feel that there was little they could do by way of support.

Life changed forever and I became caught up in a mission to make life the best it could possibly be for my son. I was busy all the time; sleep deprivation was par for the course. The fast pace of life kept me going. I don’t know today if any of the therapy we embarked on assisted my son; it did, however, keep me sane and in those early years I needed to feel that I was making things better. 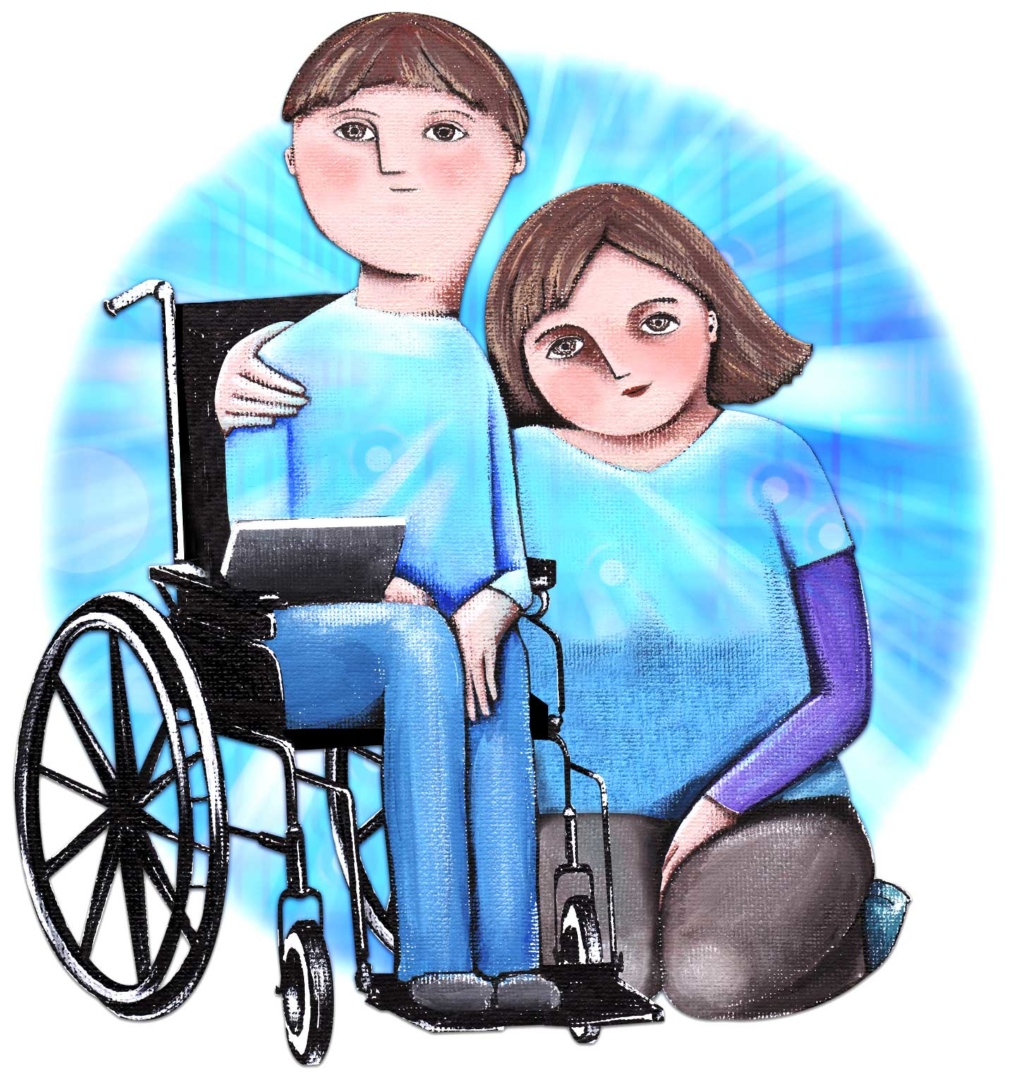 At the age of four, my son went into his first wheelchair. In a way, this was my first blessing. I understood then that this was to be our life, and I stopped looking at all the things he was not able to do and started concentrating on what he could do.

While my son was not able to achieve much physically, inside his body there was a voice and he wanted to be heard. Technology became our saving grace. The computer is my son’s voice – it is how he talks to me. It was a magical moment when he typed his first sentence. As with any young child, for the first two months his sentences began with “I want…”. I celebrated the normality of my son. This moment opened doors for my son and for me. He was at last able to initiate a conversation, and within a few months was coming home from school and telling me about his day. While it is a slow process, it has changed our lives.

Now in Year 10, my son is without a doubt my hero in life. He has achieved so much in very difficult circumstances. Despite the fact that he cannot walk, talk or eat – he is fed through a tube – he has one of the happiest dispositions. He chats away through a communication device and writes all his work on a laptop computer, using the same program as Stephen Hawking.

I am enormously proud of my son. As a child in primary school pointed out to me last week, the word ‘ability’ is in the word ‘disability’. Children have a knack of seeing things that we adults sometimes have difficulty in grasping.

What lies ahead of us is unknown. Life is, and will continue to be, a challenge. But I now focus on those things my son can do rather than those he cannot.