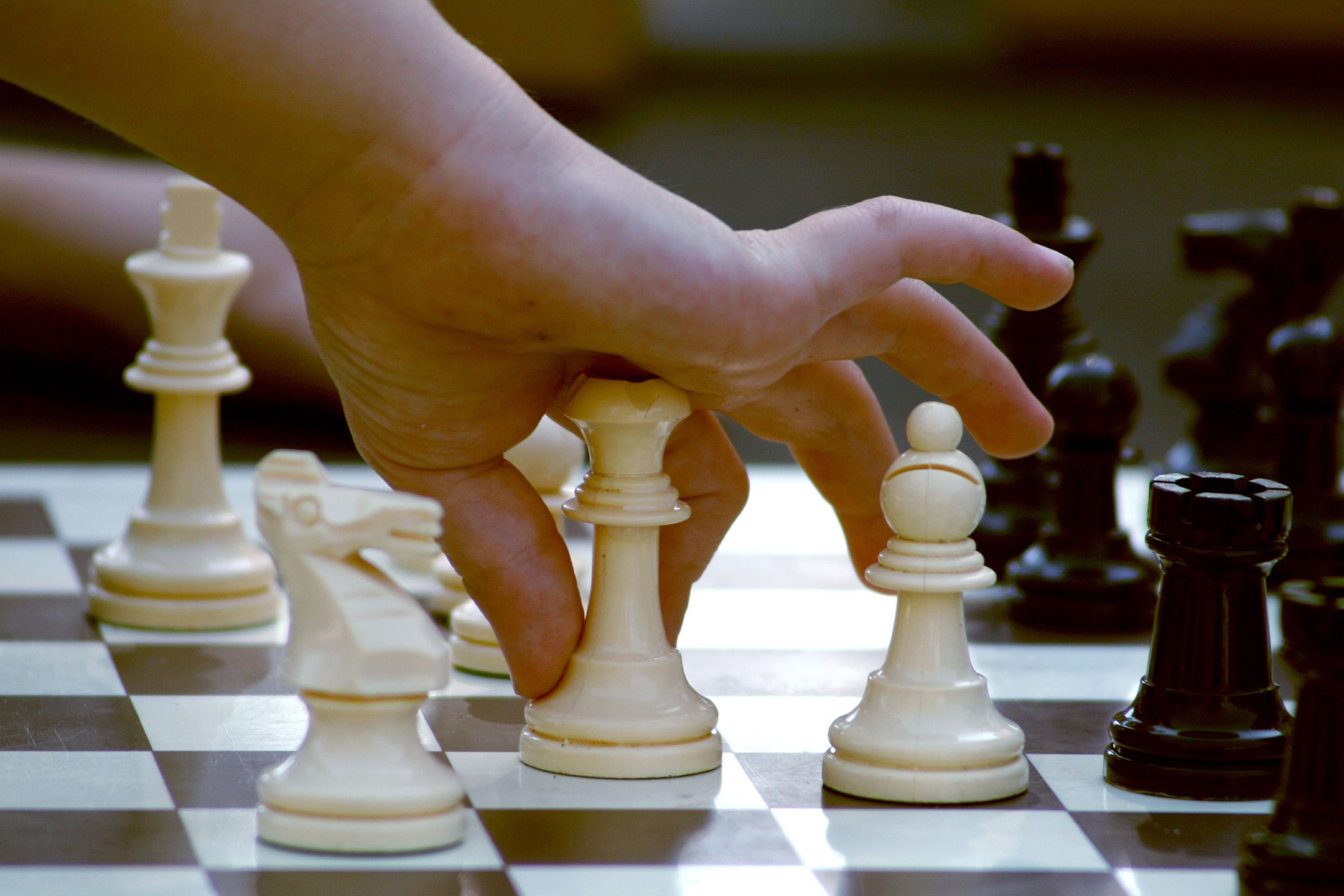 Posted at 13:29h in Education, Inspire by admin

In this tech-riddled era, an age-old board game still rules.

A two-and-a-half-thousand-year-old board game holds out the promise of getting the kids off screens: chess.

A lot of principles are built into the game, explains current South Australian chess champion and Adelaide dad to three children, 25, 10 and 9, Bill Jordan, who has coached chess in primary and secondary schools and privately across Australia.

Because it uses the right non-verbal side of the brain (the same part that uses patterns to recognise faces), chess improves visual memory and promotes abstract thinking.

In an age of instant gratification, chess teaches persistence, and trains children not to be so impulsive. “Young children move pretty quickly and learn not to do that. You’ll get quick feedback on any mistakes,” notes Bill. However, chess demands kids learn time management skills “because you don’t have as much time as you think” to complete a move.

Chess promotes independent thinking. While it might seem a solitary game, it is a contest between two minds. “You need to see what other people are thinking, see things from their point of view.” That also means kids need to be nimble and flexible, he says. “You’ve got to be ready to change your plan.”

Chess clubs are good for social interaction. The game also has the advantage that it can be played with opponents who don’t speak your language. Chess suits kids who are not so interested in sport and gives them a way to represent their school, Bill points out.

That doesn’t mean the stereotype of chess as a nerds’ game holds true, he says. One chess master represents his country in both the game and soccer, and chess counts Arnold Schwarzenegger and famous actors, actresses and politicians among its fans.

Nor is it always sedentary. “The game can get so quick that how fast you move the pieces is an issue!”

Bill says seven to eight years is a good age to start learning, although he has taught kids as young as three. While coaching is best done face to face, he says coaching by telephone or Skype is better than email because it avoids typing.

With a history spanning back through the Middle Ages to India, fascinating stories behind the game-pieces, and game openings with Harry Potter-ish names such as the Sicilian Dragon, King’s Indian, Complete Hedgehog and Hippopotamus, chess can appeal to kids’ sense of drama.

“The game’s rules changed 500 years ago, and I’ve seen manoeuvres that haven’t changed since the 1500s,” says Bill.

* Queen of Katwe (2016): About the life of Phiona Mutesi, a 10-year-old girl who grew up in a Ugandan slum and went on to play at the World Chess Olympiad.

* The Dark Horse (2014): An award-winning New Zealand film about a chess speed player who passes on his skills to local at-risk children after a mental breakdown.

* Life of a King (2014): Starring Cuba Gooding Jr., this film tells the true story of an ex-bank robber who founds a chess club for black youths in Washington.

Don’t have a chess set? Try a chess club, or your local library.

Melbourne is the capital of Australian chess, with one of the oldest chess clubs in the world, and is home to former under-12 and under-14 world champions. State Library Victoria holds a 13,000-strong collection of chess books, latest-issue magazines, and tournament reports still consulted by players today.