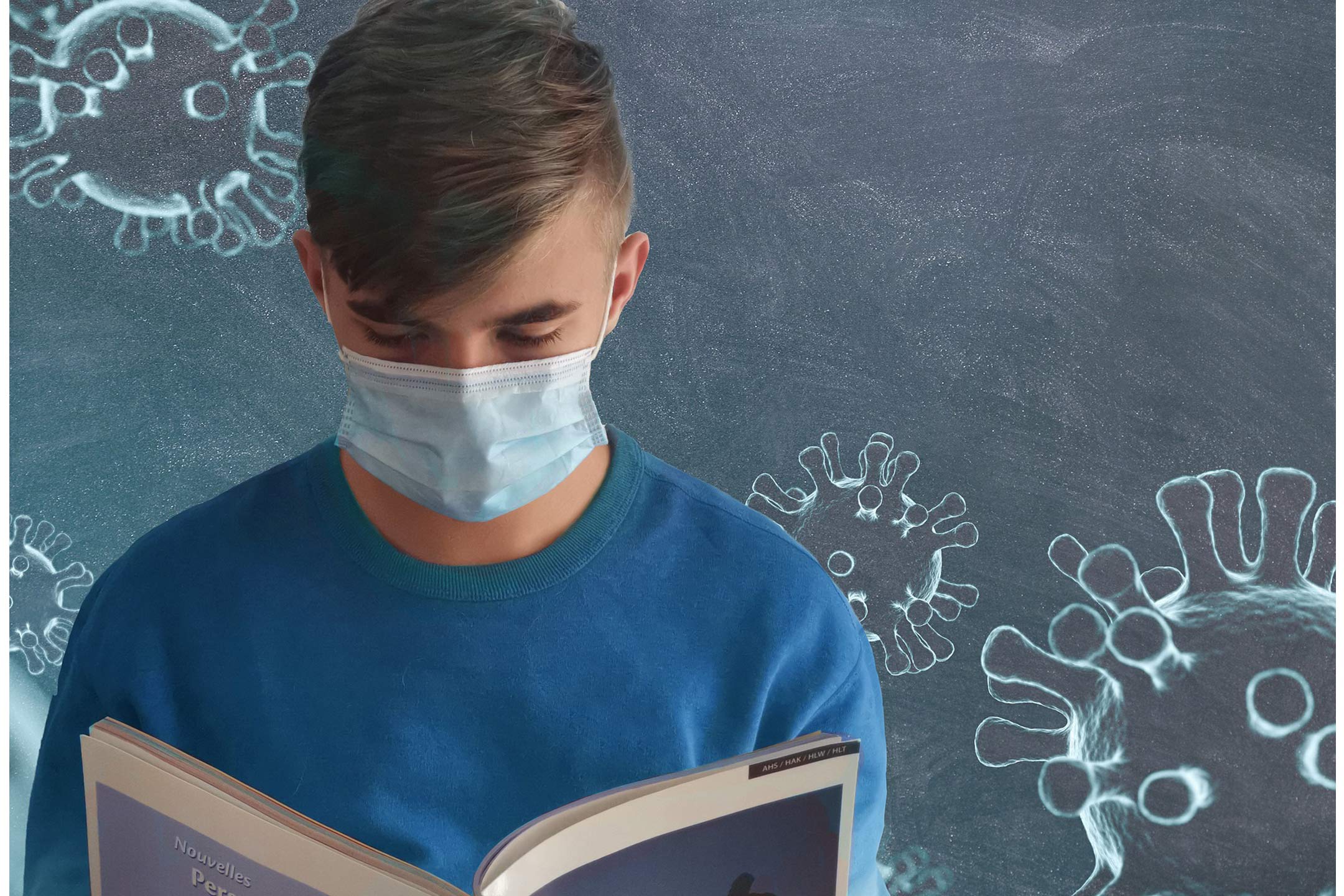 05 Oct Children might play a bigger role in COVID transmission than first thought: Schools must prepare

Recntly, the World Health Organisation made an announcement you might have missed, reports Zoë Hyde. It recommended children aged 12 years and older should wear masks, and that masks should be considered for those aged 6-11 years. The German Society for Virology went further, recommending masks be worn by all children attending school,

This seems at odds with what we assumed about kids and COVID-19 at the start of the pandemic. Indeed, one positive in this pandemic so far has been that children who contract the virus typically experience mild illness. Most children don’t require hospitalisation and very few die from the disease. However, some children can develop a severe inflammatory syndrome similar to Kawasaki disease, although this is thankfully rare.

This generally mild picture has contributed to cases in children being overlooked. But emerging evidence suggests children might play a bigger role in transmission than originally thought. They may be equally as infectious as adults based on the amount of viral genetic material found in swabs, and we have seen large school clusters emerge in Australia and around the world.

How likely are children to be infected?

Working out how susceptible children are has been difficult. Pre-emptive school closures occurred in many countries, removing opportunities for the virus to circulate in younger age groups. Children have also missed out on testing because they typically have mild symptoms. In Australia, testing criteria were initially very restrictive. People had to have a fever or a cough to be tested, which children don’t always have. This hindered our ability to detect cases in children, and created a perception children weren’t commonly infected.

One way to address this issue is through antibody testing, which can detect evidence of past infection. A study of over 60,000 people in Spain found 3.4% of children and teenagers had antibodies to the virus, compared with 4.4% to 6.0% of adults. But Spain’s schools were also closed, which likely reduced children’s exposure.

Another method is to look at what happens to people living in the same household as a known case. The results of these studies are mixed. Some have suggested a lower risk for children, while others have suggested children and adults are at equal risk.

Children might have some protection compared to adults, because they have less of the enzyme which the virus uses to enter the body. So, given the same short exposure, a child might be less likely to be infected than an adult. But prolonged contact probably makes any such advantage moot.

The way in which children and adults interact in the household might explain the differences seen in some studies. This is supported by a new study conducted by the Centers for Disease Control and Prevention. Children and partners of a known case were more likely to be infected than other people living in the same house. This suggests the amount of close, prolonged contact may ultimately be the deciding factor.

How often do children transmit the virus?

Several studies show children and adults have similar amounts of viral RNA in their nose and throat. This suggests children and adults are equally infectious, although it’s possible children transmit the virus slightly less often than adults in practice. Because children are physically smaller and generally have more mild symptoms, they might release less of the virus.

In Italy, researchers looked at what happened to people who’d been in contact with infected children, and found the contacts of children were more likely to be infected than the contacts of adults with the virus.

Teenagers are of course closer to adults, and it’s possible younger children might be less likely to transmit the virus than older children. However, reports of outbreaks in childcare centres and primary schools suggest there’s still some risk.

What have we seen in schools?

Large clusters have been reported in schools around the world, most notably in Israel. There, an outbreak in a high school affected at least 153 students, 25 staff members, and 87 others. Interestingly, that particular outbreak coincided with an extreme heatwave where students were granted an exemption from having to wear face masks, and air conditioning was used continuously.

At first glance, the Australian experience seems to suggest a small role for children in transmission. A study of COVID-19 in educational settings in New South Wales in the first half of the year found limited evidence of transmission, although a large outbreak was noted to have occurred in a childcare centre.

This might seem reassuring, but it’s important to remember the majority of cases in Australia were acquired overseas at the time of the study, and there was limited community transmission. Also, schools switched to distance learning during the study, after which school attendance dropped to 5%. This suggests school safety is dependent on the level of community transmission.

As community transmission has grown in Victoria, so has the significance of school clusters. The Al-Taqwa College outbreak remains one of Australia’s largest clusters. Importantly, the outbreak there has been linked to other clusters in Melbourne, including a major outbreak in the city’s public housing towers.

This evidence means we need to take a precautionary approach. When community transmission is low, face-to-face teaching is probably low-risk. But schools should switch to distance learning during periods of sustained community transmission. If we fail to address the risk of school outbreaks, they can spread into the wider community.

While most children won’t become severely ill if they contract the virus, the same cannot be said for their adult family members or their teachers. In the US, 40% of teachers have risk factors for severe COVID-19, as do 28.6 million adults living with school-aged children.

Recent recommendations on mask-wearing by older and younger children mirror risk-reduction guidelines for schools developed by the Harvard T. H. Chan School of Public Health. These guidelines stress the importance of face masks, improving ventilation, and the regular disinfection of shared surfaces.

As the virus has spread more widely, the demographic profile of cases has changed. The virus is no longer confined to adult travellers and their contacts, and children are now commonly infected. In Germany, the proportion of children in the number of new infections is now consistent with their share of the total population.

While children are thankfully much less likely to experience severe illness than adults, we must consider who children have contact with and how they can contribute to community transmission. Unless we do, we won’t succeed in controlling the pandemic.

Zoë Hyde, is an epidemiologist and biostatistician, and is currently employed by the WA Centre for Health and Ageing at The University of Western Australia.