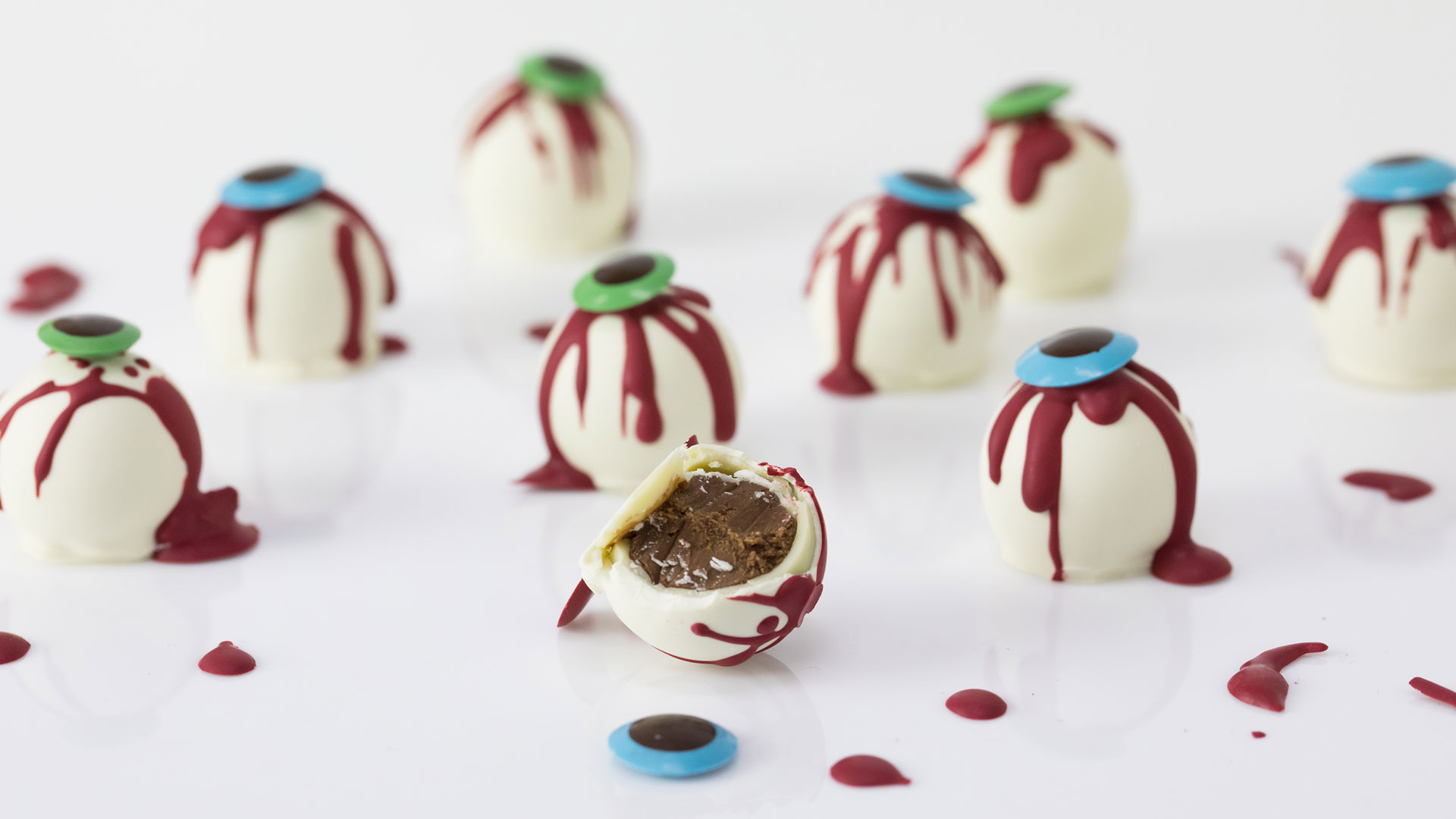 Posted at 11:03h in Celebrate, Inspire by Guest Contributer

For the milk chocolate honey ganache

For the chocolate eyes

Place the cream and honey in a saucepan, add in the vanilla bean paste and bring to a boil. Place the milk couverture in a bowl and pour the boiling cream over it. Whisk by hand until all the chocolate is melted and combined with the cream to create a ganache. Cover with plastic wrap touching the surface of the ganache. Leave at room temperature until it cools. Transfer the prepared ganache into a piping bag and pipe it into each of the truffle shells, filling to the top.

Temper the white chocolate and divide the chocolate between 2 bowls. Add the green colour to the chocolate in one bowl and mix together to combine. Repeat this process with the blue colour so in total you will have 2 colours of chocolate: green and blue.

Put it all together 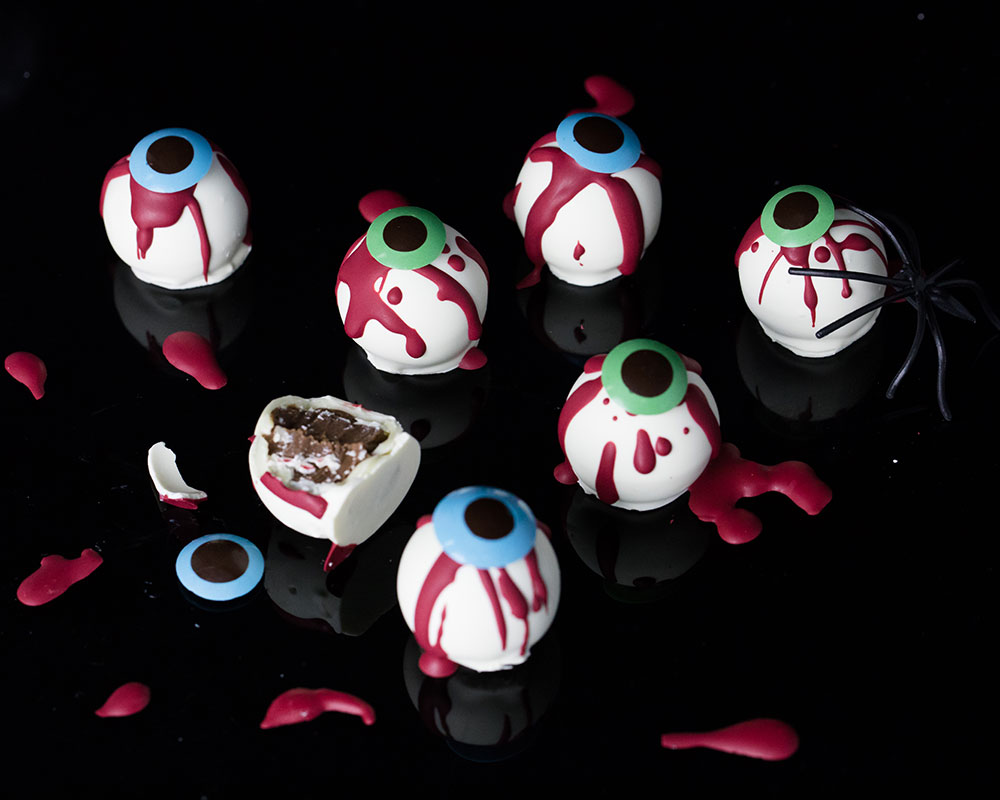 Kirsten Tibballs is one of Australia’s most celebrated and respected pastry chefs and chocolatiers. She teaches chocolate workshops at Melbourne’s Savour School, and has authored numerous award-winning cookbooks.