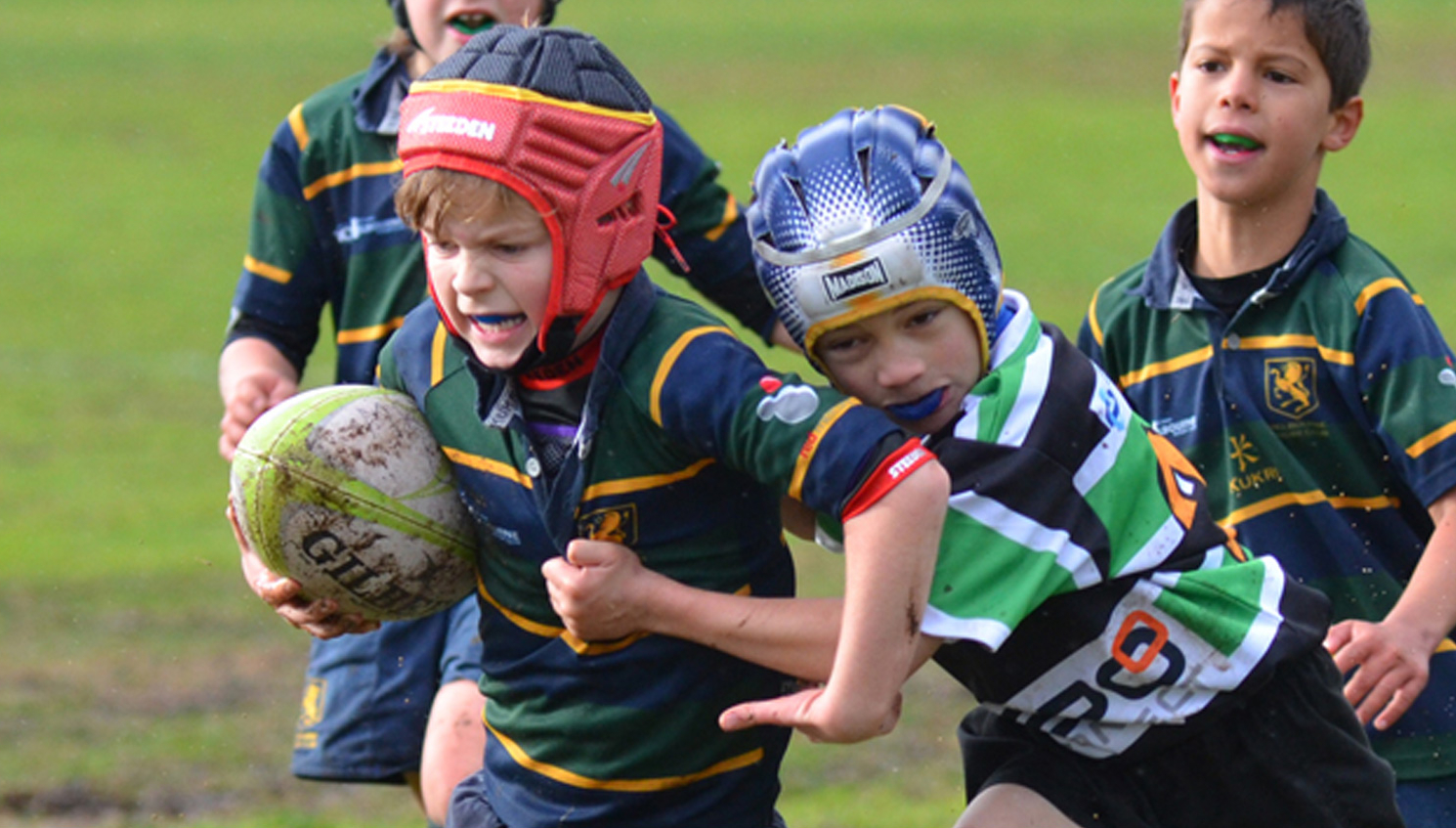 Posted at 18:51h in Editors Picks, Inform by admin

Now that we are getting deeper into the football season have you noticed how many players are taken off the field for an HIA? Head Injury Assessment?

In the professional arena, a doctor comes onto the field to make the assessment and the player is taken off to have a medical test. This doesn’t usually happen with children, does it? Even though they are much more susceptible to injury.

Research shows concussion is most common in children under 13, with only 20 per cent of kids properly diagnosed and treated. Most concerning is that concussion goes unreported in junior sports so the real numbers are not known. Sports concussion in children has risen more than 60% in the past decade.

Children are susceptible because:

It’s great that we are now recognising the problem of concussion and we should take more care of young developing brains!

This report is from the University of Queensland’s Brain Institute and it’s worth reporting their thoughts in full.

Children often play sport in an informal setting with little supervision. As a result, many concussions in children and adolescents go undiagnosed and unmanaged, which can lead to repeat concussion and is best avoided. No child with a suspected concussion should be allowed to return to play until medically cleared, as the risk for subsequent concussion is increased.

Diagnosis in children is also complicated by difficulties with communication. While adults may be able to recognise and articulate their symptoms, younger children can struggle, which means parents and doctors have to be a little more direct in their questioning.

Professor Andrew Kaye, a neurosurgeon at the Royal Melbourne Hospital, says the best approach is to ask simple questions, like asking the child if they have a sore head, feel dizzy, sick in the tummy or unwell, or whether they are having trouble concentrating.

One challenge with diagnosis, particularly in adolescents, is that many of the typical symptoms of concussion are also the typical ‘symptoms’ of being a normal teenager. One US study found a remarkably high prevalence of concussion-like symptoms, such as fatigue, headaches, sadness, difficulty concentrating and trouble sleeping, in a group of high-school athletes who had not actually experienced a concussion.

Following the initial sideline assessment, the young concussed person should be systematically re-evaluated at 15-minute intervals to ensure their condition stabilises. Educating the young person being sent home and the caregiver about reporting and monitoring any features of deterioration until follow-up assessment in primary care is critical. At home, parents should monitor the young person who has had a concussion for the development of any of the features of HEAD BUMPS (Figure 2). Should any of these symptoms occur, and are of concern to parents, or if they are progressively worsening, the parent/player should seek urgent medical assistance. 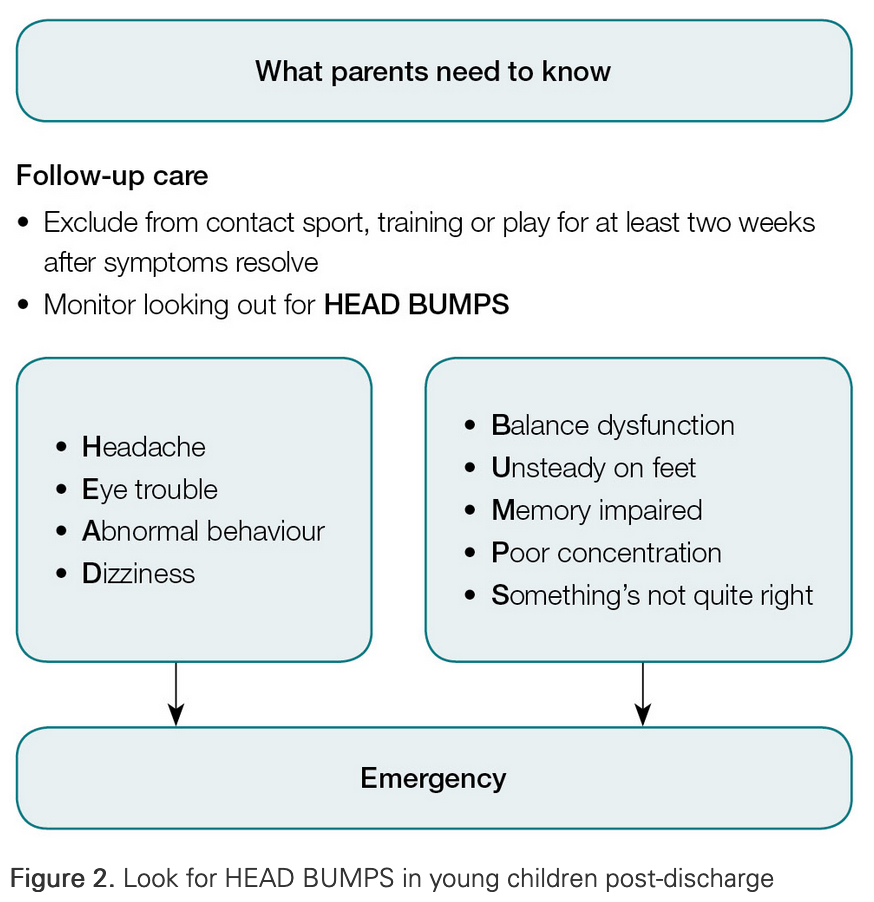 Another recommendation made by the guidelines was a gradual return to activity, with both physical and cognitive rest. For example, an adolescent who has experienced a concussion might be prescribed a period of 24 to 48 hours of complete rest, followed by a guided return to school but no physical activity, and finally, when the concussion is judged by a doctor to have resolved, a full return to activity. Throughout this process, their symptoms should be monitored, and their plan tailored to their recovery.

This recovery can take a long time. A US study found that while the more well-known and immediate symptoms of concussion, such as headache and dizziness, can ease, emotional disturbances can linger.

The study of more than 200 young people presenting with concussion showed that irritability and sleep disturbances lasted 16 days on average, while frustration and poor concentration lasted an average of 14 days. Young people who have sustained multiple concussions are more likely to experience prolonged symptoms.

Professor Kaye stresses that while it’s important to be aware of the risk of concussion, and to manage it appropriately when it does happen, the low risk of a concussion in children’s sport is far outweighed by the benefits of physical activity that come with playing a sport.