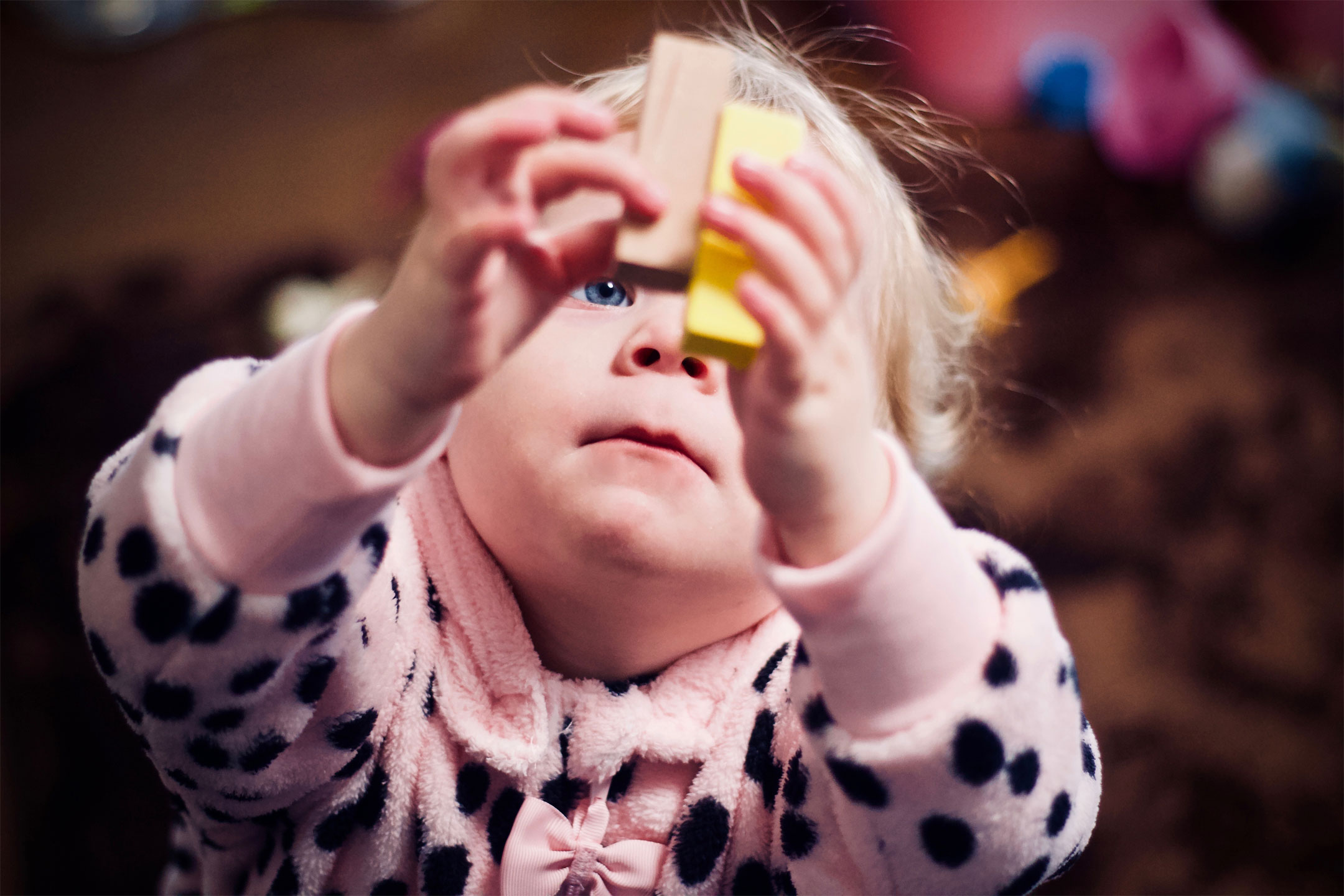 Posted at 13:24h in Editors Picks, Inform by admin

The toddle is temporarily taken out of the toddler when Tamara Heath’s young daughter recovers from surgery for development dysplasia of the hip.

~She had been diagnosed with developmental dysplasia of the hip and would require corrective surgery before spending almost five months with her chubby little legs confined, first in a hip spica cast and then in a brace~

“You will just have to think of her as hand luggage for the next two months,” the surgeon said, but he did not smile. My husband and I didn’t either, we were concentrating on not crying – because he was talking about our daughter, not a suitcase.

She had been a late walker, finally taking her first steps at almost 17 months of age, a delay we put down to her stubborn redheaded nature rather than any abnormality. But it was hard not to notice the swing in her hip when she walked. We kept watching and waiting, thinking it would correct itself as she became more confident. But after a month of telling ourselves it was getting better, we took her to our GP for a second opinion, all the time thinking we were being silly, over-cautious first-time parents.

“It’s probably just her gait,” our GP reassured us as she handed over an X-ray referral “just in case”.

A week later, we were sitting in a surgeon’s office being told our daughter was facing a future as hand luggage. She had been diagnosed with developmental dysplasia of the hip (DDH) and would require corrective surgery before spending almost five months with her chubby little legs confined, first in a hip spica cast and then in a brace.

DDH or ‘clicky hips’ refers to the dislocation of the femur (thigh bone) and is generally present from birth, hence the routine hip checks during the first year of a child’s life. Warning signs include family history, or a breech, difficult or prolonged birth. 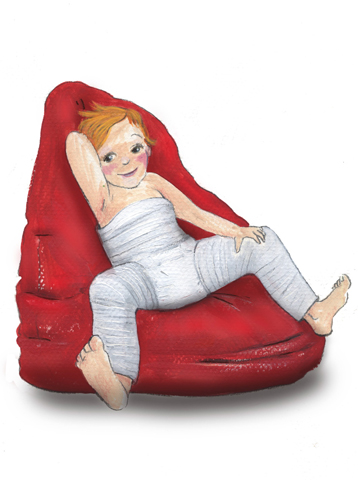 In our case, apart from our child being a girl (one in 600 girls is affected compared to one in 3000 boys) it was just bad luck. To compound the bad luck, the dislocation had been missed in her routine checks. But there it was, right in front of us on the X-ray: a left leg so completely dislocated that a hip socket had not even begun to form.

“We’ll get through this,” my husband and I whispered to one another the night before the surgery, our daughter, who was by this time 19 months old, lying sleeping between us. “There are far worse things that can happen. If this is the worst thing that happens in her life we’ll be very lucky,” we said.

But still that feeling was there, a shadow we could not shake. We had failed her; we had failed in our job to protect her. We were supposed to be the people she could count on above all others and we had not asked the right questions, arranged for her to have the right tests, or seen the right people, until too late.

If DDH is picked up within the first six months, babies are generally fitted with a brace for six to 12 weeks. The recovery rate is extremely high. If picked up after six months, treatment is more complicated. However, recovery rates are still excellent. For our daughter, the treatment plan was open reduction surgery to put the femur back in place, and a pelvic osteotomy to reconstruct and deepen the hip socket to stop dislocation from recurring. After surgery, she would wear a hip spica cast for six weeks and a hip-abductor brace for a further 12 weeks.

It was the cast and brace that I could not wrap my head around. What is a toddler if she cannot toddle? “You would be surprised at how well they adapt,” the surgeon said when I asked how a child could endure such confinement. And it turns out he was right.

The surgery took more than two hours and she came back to us encased in almost 5kg of plaster from ankle to nipple, with her legs set widely apart to keep her hips in the ‘abducted’ position during the healing process.

We had been told that the first few days, as the child recovers from surgery and grows accustomed to the cast, are the worst. And indeed they were. Our daughter’s plaintive cries of “Mummy” and “Daddy” haunted us for the next two days and nights as she struggled to understand why she couldn’t move her legs, why we wouldn’t take these strange trousers off, and why it hurt so much. With every cry, a nurse came to administer more drugs to help her sleep and ease the pain and muscle spasms – but still she cried out for us.

The nurses at the hospital showed us the basics: how to sponge-bathe her and, fundamentally, how to change her nappy. Hip spica casts have a window in the genital area where nappies are placed, with a second nappy fitted around the cast to keep the first nappy in place.

But it was in online forums, communicating with other parents living with DDH, where we learned the real secrets to living with a hip spica. Who knew, for example, that a plastic kitchen spatula is an essential tool when changing the nappy of a child in a cast? You need it to stuff the nappy as high as possible into the cast to prevent leakage and a smelly cast.

As well as support and encouragement, our online community gave us countless tips and suggestions to help us entertain a confined 19 month old. Our daughter’s world became a red beanbag – the only place she could comfortably sit, due to the shape of the cast. My husband created a play table for her by cutting a semi-circle out of an old coffee table, which he painted a cheery blue. Pushed up to the beanbag, she used her table to build towers, roll play-dough balls, watch DVDs, draw and even eat.

Other ideas we came up with ourselves. Hours were whiled away at a laundry sink, with our daughter lying on her tummy at the edge, playing with cups and bowls in the water.

We would go for long walks, her pram modified with wedges of foam and a rolled-up blanket under her legs. We found swings and seesaws at the local park that we could fit her into, although sometimes, we just sat on a park bench watching the other kids play. I watched their little legs pumping up and down, amazed that their parents seemed oblivious to the wonder of it.

Throughout it all, our daughter was her happy little self – chatting, singing, playing and learning new skills as any toddler would. In the final weeks, she was even able to drag herself around the floor, delightedly reclaiming some of the independence she had lost. The surgeon was right; she really did adapt to life in a hip spica.

We marked off each day in a calendar, counting down to the day when we could return to the hospital and have the cast removed. My reality had changed so much that I was looking forward to having my daughter fitted with a brace – at least we would be able to remove it, and she could bathe, and possibly even walk.

Back at the hospital, six weeks later, the cast was removed and we were able to see her legs again, albeit through a brace. They were as lovely as I remembered – and what’s more, they were new and improved.