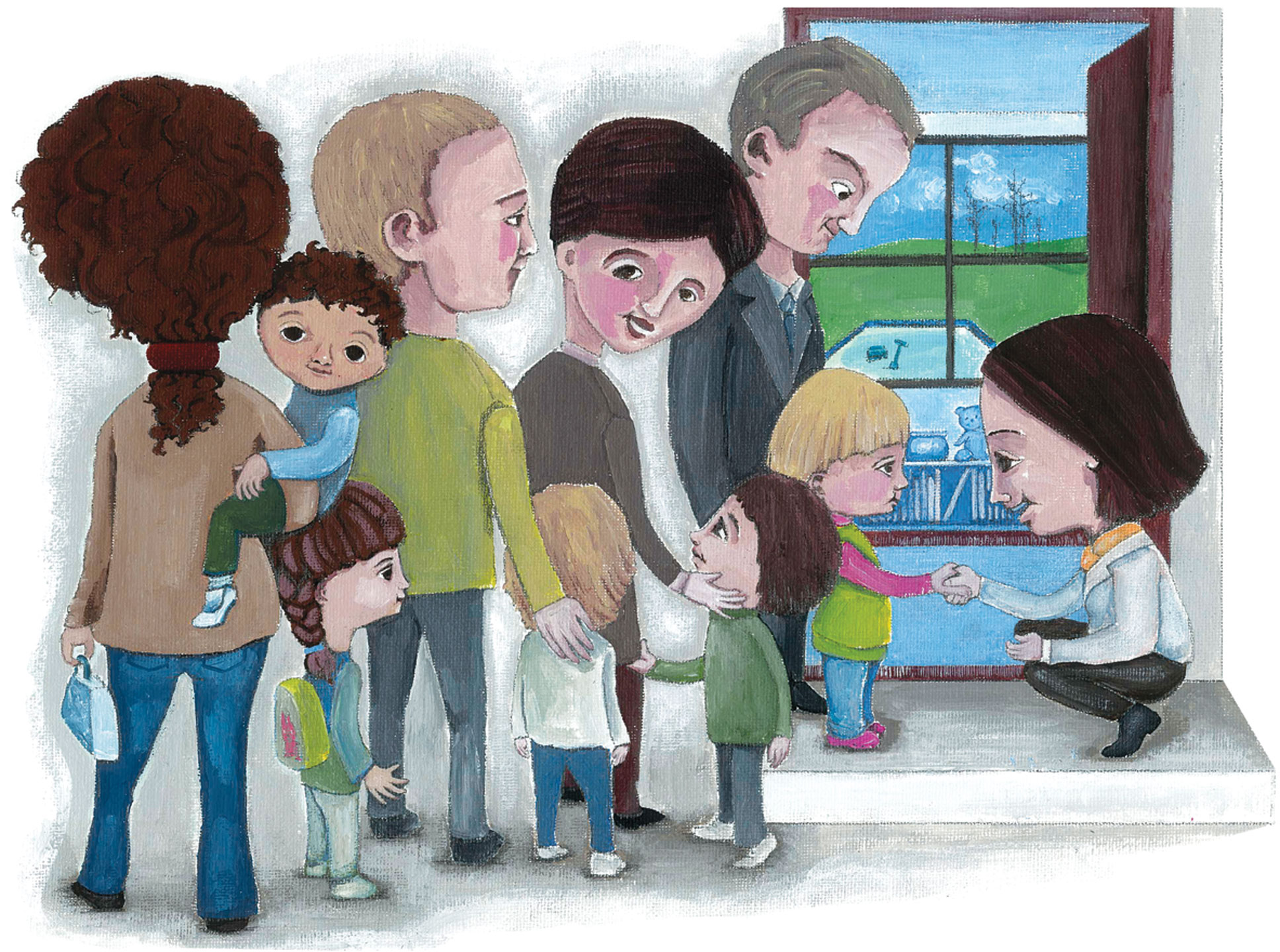 Posted at 11:04h in Education by admin

Amanda Walsh questions why parents are more hesitant to raise problems they have with a childcare centre than they would be with any other service provider.

You’re a parent, a partner, a worker, a student – there are an awful lot of titles and roles that we parents juggle in the modern world. But would you ever call yourself a ‘childcare consumer’? Would you even think of yourself in those terms? I’m guessing that many of you would say no, and might look a bit puzzled into the bargain. And, until recently, I would have given the same answer. However, after a ‘consciousness-raising’ experience, I’ve come to realise that I am a consumer of childcare services and that that’s a very powerful thing. Let me explain what I mean.

If your car is serviced badly by a mechanic, you phone right away, query the work and insist that the problems be rectified. If your dry-cleaning comes back minus a few buttons, you do the same thing. But if you have doubts or concerns about the out-of-home care provided to your child, how likely are you to address them with the care provider? How likely are you to complain? If you’re anything like me, you’ll agonise over a problem instead of just sorting it out.

Earlier this year, my youngest child had her introduction to formal childcare in a brand new centre. What luck, we thought! But it quickly became clear that the childcare centre had teething problems. There were staff changes within the first couple of weeks; all of the staff were still getting to know each other, and seemed to have little time for forming relationships with the children and families, and it was hard for me to discern any order or structure. However, for a few weeks, my friends and I – all working mothers using the centre – struggled to decide what to do. We talked about it among ourselves, we questioned our perceptions and we dissected the problems with friends and strangers.

I ummed and ahh-ed, and was quite nervous about making an appointment to see the centre’s director. When I finally did sit down and talk to the director, he thanked me for my input and said that several other families had raised the same issues with him. So much for my reticence about complaining! Why had I hesitated?

With childcare places so hard to come by, perhaps parents can feel trapped.

According to one of my friends, whom I shall refer to as Jane, I’m not alone in my hesitancy. Jane has been working in the childcare sector for many years. She’s a former early childhood teacher and now trains childcare workers. As part of her job, Jane regularly visits childcare centres and is used to observing her students and the children in their care. She knows what good-quality childcare looks like and she also knows when it’s lacking.

One of the markers of quality in childcare is the creation of positive, meaningful and respectful relationships between staff, children and the children’s families, and the effectiveness of the interactions between all of them. This is not just nice to have – it’s essential for child development and wellbeing. After all, who can thrive in an environment where they feel undervalued or unwanted?

Jane says it’s disappointing that so many parents fail to discuss their concerns about the care of their children with the carers. I should make it clear that I’m not talking about out-and-out physical abuse or letting the children play in traffic. I’m referring to lower-level issues in a childcare environment that can nonetheless instantly trigger our internal alarms. But why are we so often reluctant to take these matters any further? 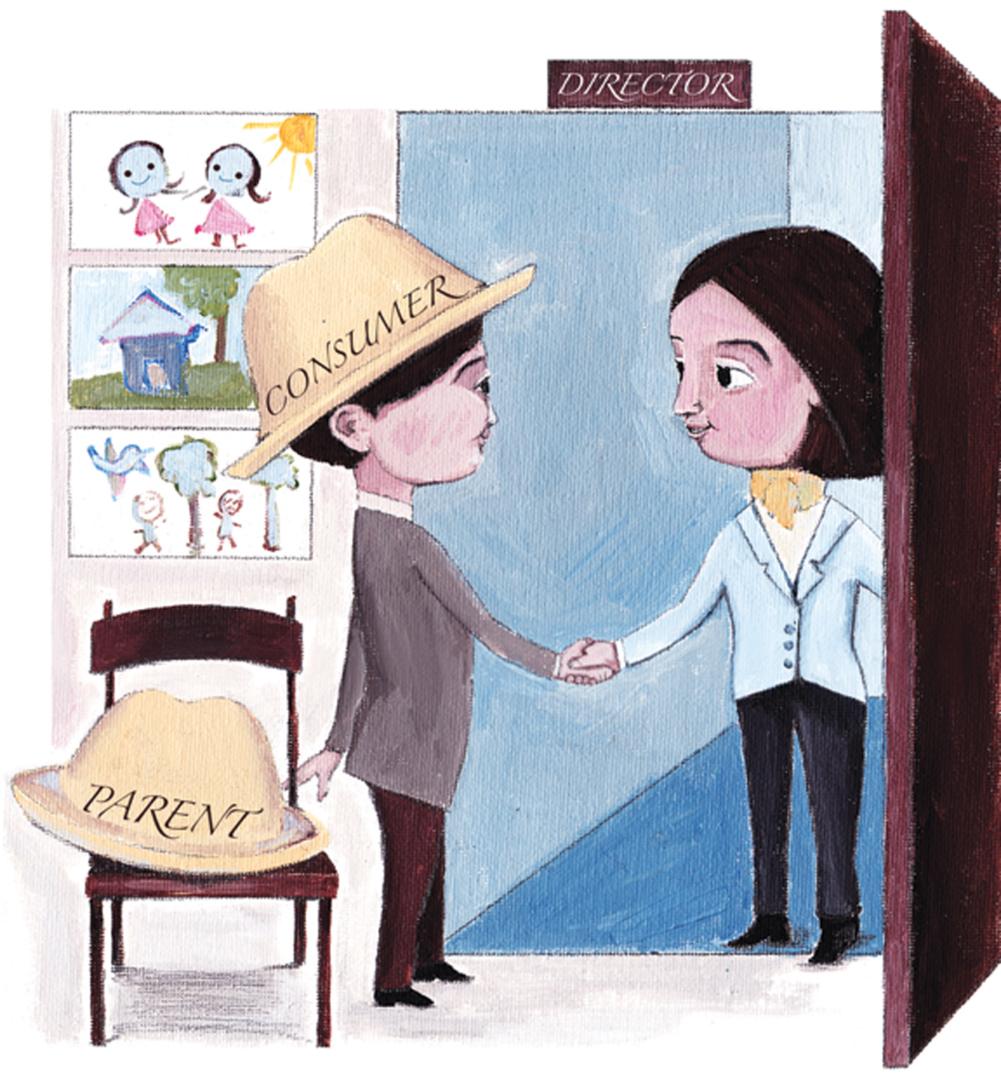 With childcare places so hard to come by, perhaps parents can feel trapped. Because we are worried that we won’t find an alternative centre, we figure we just have to make the best of the situation. And if you cast yourself as the ‘complaining parent’, will that really improve the situation? In other words, if your child’s carers think that you’re a pain in the rear, what will that do to their relationship with your child?

Part of the problem might be lack of experience. New parents are working from a tiny knowledge base when it comes to formal childcare. I’m still kicking myself about an incident that occurred a few years ago at the very first childcare centre I used. This involved a young carer ‘manhandling’ a two-year-old child, pushing him roughly, yelling and then instructing the other children to ignore him. On paper, it sounds bad. In person, it wasn’t much better. I felt terrible for the poor child, but I just didn’t know what to do.

Was this normal in a childcare centre? I left, upset, but didn’t call the childcare centre’s director until the following day, after I had talked to more-experienced parents. Fortunately, the director was appalled at my tale, which reassured me that my instincts were correct. (If the same thing happened today, I’d wrestle the carer to the ground and effect a citizen’s arrest – at least, I like to think I would.) So, my parenting instincts were correct, but my ability to act on those instincts was pathetically poor.

We need to be engaged, informed and confident consumers of these services.

Mine can’t be an uncommon story. About 339,000 children are enrolled in childcare centres in Australia, and another 103,000 are in family-day-care services. That’s an awful lot of families negotiating relationships with childcare providers. And these sorts of relationships can only be forged between equals, which is why we need to think of ourselves as ‘childcare consumers’. As ‘consumers’, rather than ‘parents’, it might just be easier to state clearly our needs and expectations and to communicate our concerns when we believe those high standards are not being met.

If your childcare centre isn’t already seeking (and acting on) your feedback, in formal and informal ways, then they might start too soon. In December 2009, each of the State and Territory governments signed up to the Commonwealth’s new National Quality Framework for childcare and early-childhood education. This agreement received wide media coverage at the time, but the coverage focused mostly on two elements: the new staff-to-child ratios, and the requirement that all childcare staff have, at a minimum, a TAFE qualification. Less attention was paid to another element: the new system for judging childcare centres. A new National Quality Standard (NQS) for childcare centres was phased in by 2018. Once the standard is in place centres will be assessed against seven criteria, ranging from health and safety to educational content. One of these criteria seems particularly important: “collaborative partnerships with families and communities”. In a media release, the Federal Government expressed the view that “we want parents to be well informed and confident that they are making the right choices for their child”.

Maybe this is the time to start reshaping our views of ourselves: as consumers of an incredibly important service, with significant rights and responsibilities. We need to be engaged, informed and confident consumers of these services. And surely this kind of approach is one that any good childcare centre would welcome. The centre I use did welcome my feedback and did act on my concerns. Let’s hope that under the new National Quality Standard, more centres do likewise.