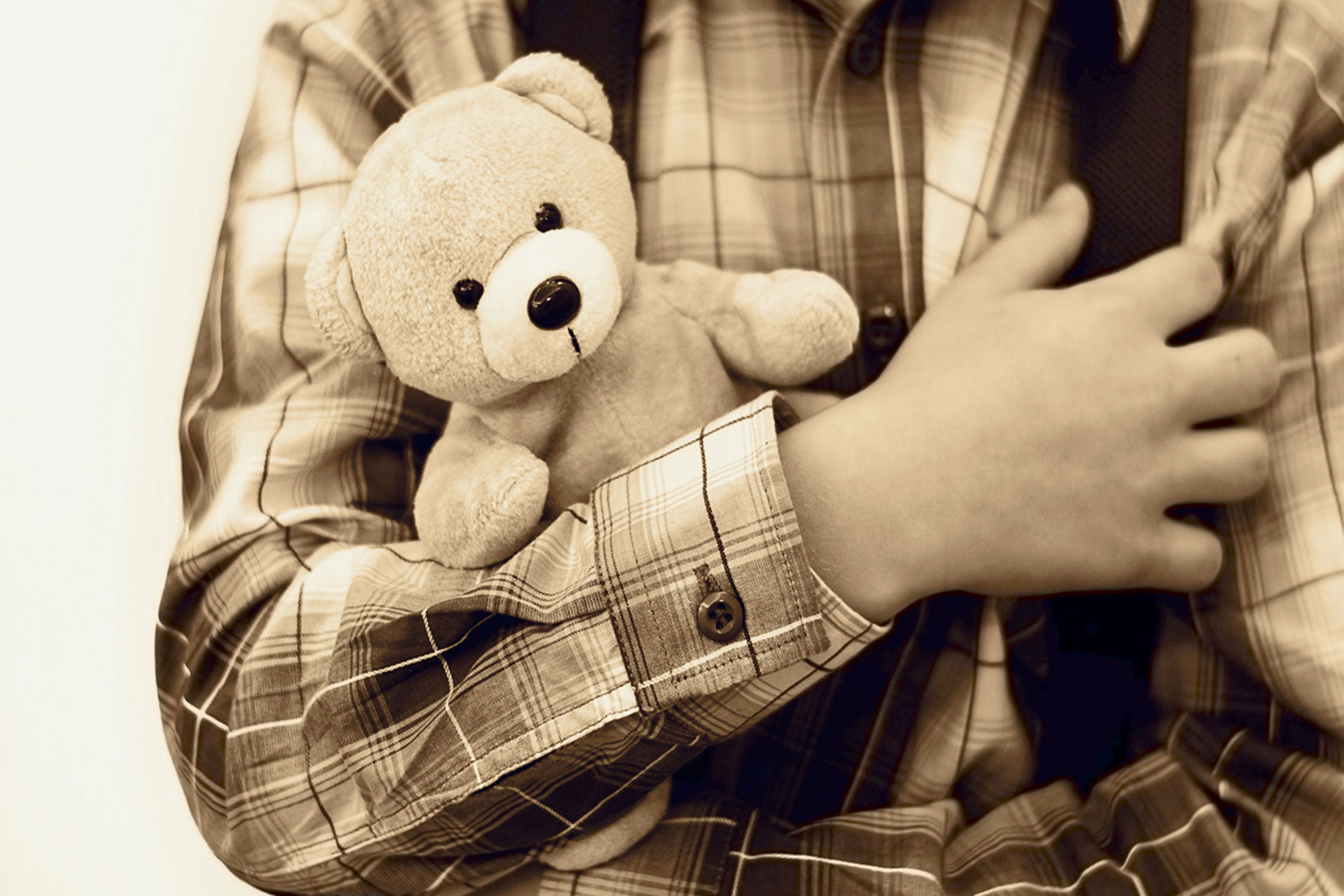 Four-year-old Lucy Deerborn has survived two malignant tumours and lives with neurofibromatosis, a congenital condition that has no cure, writes Jane Reid.

The first time I talked to Kristy Deerborn*, her daughter Lucy* had been in remission from a malignant tumour for two years. The tumour was caused by a condition known as neurofibromatosis (NF), which is characterised by the growth of tumours (usually benign) called neurofibromas that can grow anywhere in the body where there are nerve cells. It is a congenital condition and there is no cure.

Lucy was undergoing physiotherapy, as well as speech and occupational therapy, and Kristy described her as a happy, sociable little four-year-old with a very determined personality – a real “daddy’s girl”. She was attending a mainstream preschool 11 hours a week with a full-time aide and, in spite of the brain damage caused by her condition, her cognitive development had improved markedly. Things were looking up after some very difficult years.

Lucy was born with a large lump on her face and another on her labia. An MRI scan identified them as tumours and found numerous smaller ones scattered throughout her body. At that stage, the doctors did not know what was causing them. A biopsy was taken from the tumour on her labia and found to be malignant, and at just eight weeks of age, Lucy started three months of chemotherapy.  A subsequent scan to check the efficacy of the chemotherapy found that one of the other tumours had grown, so it was thought that the treatment had failed. In addition, another scan revealed what had not been seen before: that one side of Lucy’s brain was damaged. The doctors said this was probably due to a stroke in utero, or one shortly after her birth. The combination of the two findings led the doctors to believe that she would not survive, so the chemotherapy was ceased and Lucy was given just three weeks to live.

Kristy and her husband Larry* took Lucy home for her last few weeks. “A few hours after we got home from the hospital, the day after we’d been told she was going to die, there was such a sombre mood in the house, as you can imagine,” Kristy says. “Lucy was sitting in her bouncer and suddenly she gave her first ever laugh; the heartiest little cackle you’ve ever heard in your life. She had only ever smiled before. Her timing was amazing. It made everyone in the house laugh, except me. For the first few days, I couldn’t even look at her or pick her up or feed her. It helped me to cope by separating myself from the situation.  It sounds awful, but I felt I was setting myself up for a fall. I didn’t want to get even more attached to her since she was going to be taken away. That was my initial response. After a few days, it gradually started to improve.”

Kristy also initially resented Laurel, the palliative-care nurse who was helping to look after Lucy, seeing her presence in the house as a daily reminder that her baby was dying. But to everyone’s surprise, Lucy was still alive a year later, although her legs had started to bow and break and she had also begun to develop brownish marks on her skin. During that stressful time, Kristy feared that each of these changes signalled Lucy’s imminent demise, but when she noticed that the lump on Lucy’s labia was growing, she took her back to the paediatrician, confused as to what was happening.

The tests began again and it was discovered that only this tumour was malignant. The additional symptoms led to the diagnosis of NF, and Lucy’s treatment recommenced. Twelve months of intensive chemotherapy began and she had surgery on both legs, including bone grafting.

Lucy had been diagnosed with NF1, the most common of three types of NF. Kristy had never heard of NF until Lucy’s diagnosis. Most people haven’t. The majority of people with the condition have it only mildly and the symptoms may be hardly noticeable, but Lucy’s symptoms are unusually severe, which makes her progress all the more remarkable. She has many plexiform neurofibromas, and although they are benign, those that grow near other organs affect the function of those organs. They are near her kidneys and bladder, so Lucy’s doctors operated to create an opening just beneath the navel, through which her urine passes. Surgical removal of these tumours is very difficult because they spread diffusely into the surrounding tissue along multiple branches of nerves.

Lucy is fed formula directly into her stomach via a tube and is in nappies because she is incontinent. She has pseudoarthrosis, which resulted when the bones in her legs fractured due to their thinning and bowing and then healed incompletely. The surgery on her legs was only partially successful and although one leg is now straight, she is unable to walk, or even crawl. She may need further surgery in the future. She has limited use of her right arm, which is paralysed and bent, reduced sight in her right eye, and she has scoliosis, so her spine has a lateral curvature. She is also developmentally delayed and her speech is muffled, so only those who know her well can understand her. The brownish marks on her skin are also symptoms of NF1.

Despite the support of Larry and both sides of her family – especially from “the nannas” – and the bond she developed with Laurel, Kristy still felt isolated while trying to give Lucy the best of care. Counselling helped, and so did acquiring a family coordinator, who organised an early-intervention program, respite care and funding, and who is also the dietitian monitoring Lucy’s feeding. For her own wellbeing, Kristy realised that she had to find time for herself and to share her experiences with others who knew what it was like to have a disabled child. She started taking advantage of the breaks she got when Lucy was at respite care and when she used the services of a charity organisation for child minding. She also joined a group of local parents with disabled preschoolers, began taking Lucy to a playgroup for physically and intellectually disabled children, and the family joined an NF association that provided a register of other families affected by the condition.

But such is the nature of Lucy’s disorder that no-one knows what the future will bring and she must be carefully monitored.

“After the chemotherapy, when Lucy was in remission for two years and there were no major crises, my husband and friends thought that was how it would always be, but I always knew it was the calm before the storm, that I have to enjoy what time we have until it happens again,” Kristy says. “There are always going to be bumps in the road and some are bigger than others.”

Kristy takes Lucy to a battery of regular specialist appointments and she’s never sure what these might reveal. For example, a recent scan to check the status of Lucy’s tumours detected a brain tumour and because of this, she had to have a shunt inserted. Of even more concern, a second malignant tumour was found – this one in Lucy’s chest. Unlike the first one, it was resistant to chemotherapy and required surgical removal. In addition, her kidney-function tests had declined at a worrying rate and needed further investigation. Lucy is now on medication to preserve her kidney function.

Caring for Lucy has been, and will continue to be, an enormous challenge, but she has come so far in her schooling that the preschool staff and Kristy are optimistic about her future. It seems a realistic goal to integrate Lucy into a mainstream primary school with a full-time aide in 2010.

Kristy is feeling better equipped to face the challenges that lie ahead. “There really is help out there,” she says. “You just need to know where to look.”

*Names have been changed

This article was originally written in 2009 and republished to support the Cupid’s Undie Fun run.  https://cupidsundierun.com.au

~All over Australia February 17th. Support and Donate to much-needed research~

For Further Information: The Children’s Tumour Foundation of Australia (CTF)

Neurofibromatosis (NF) is one of the most common genetic conditions. There are three types of NF – type 1 (NF1), type 2 (NF2) and Schwannomatosis. NF1 affects approximately one in every 3000 to 4000 people. NF2 and Schwannomatosis affect one in every 35,000 to 40,000 people. NF is characterised by the growth of benign tumours called neurofibromas. These tumours can grow anywhere in the body where there are nerve cells. This includes nerves just under the surface of the skin, as well as nerves deeper within the body, spinal cord and brain. While neurofibromas are non-cancerous, in some people with the condition, cancer may develop within a neurofibroma.