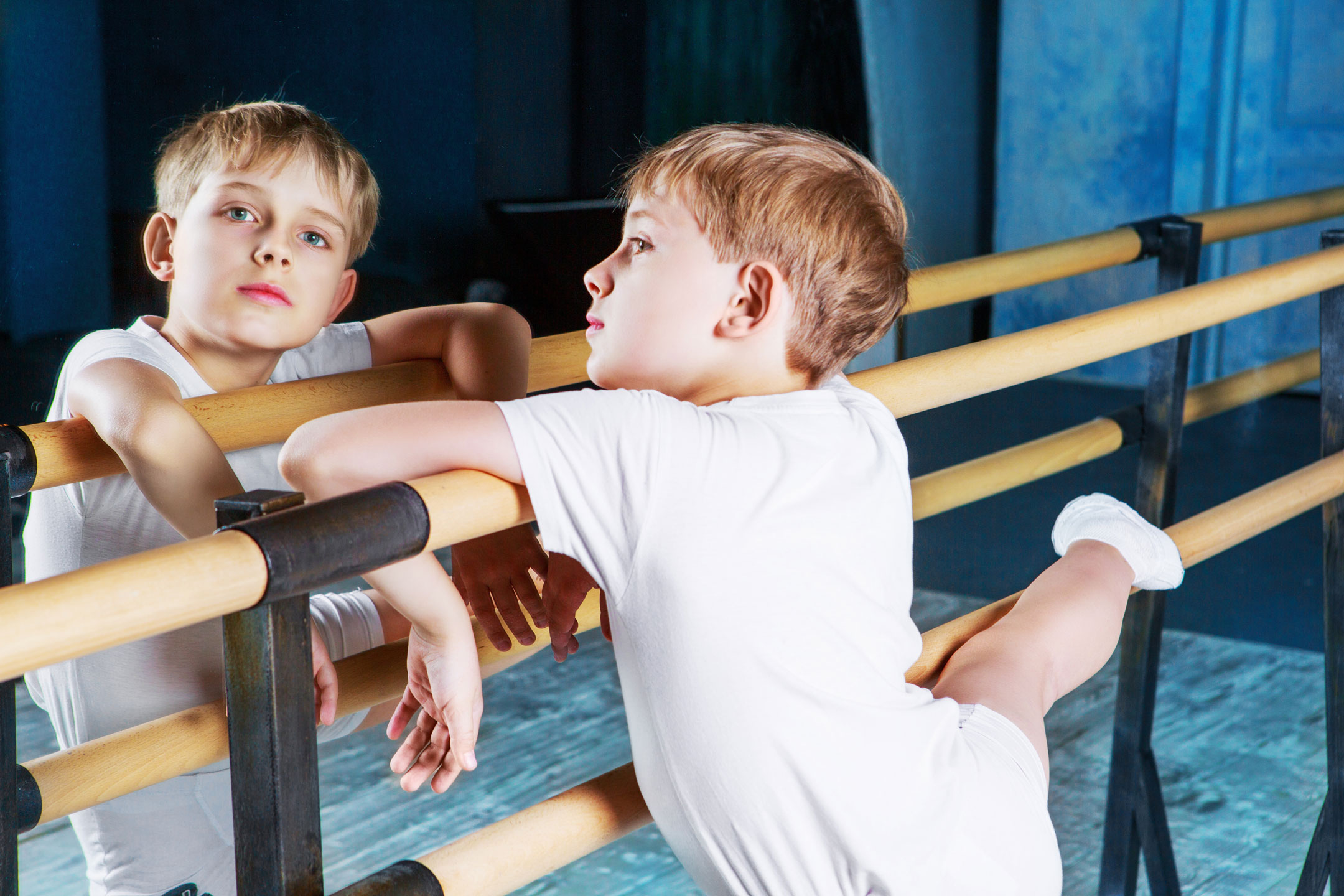 After years of not fitting in, Brooke Lumsden’s son finally finds his feet.

Entering the hall, I look around for signs of reassurance. There are only a few children – an upper-primary-age boy practising his spotting, a confident teenager full of rhythm who kicks up his skateboard before stepping into an arabesque, and three young bundles of energy too busy sliding around to fall in line and start their stretches. We are taking our first step into the world of ballet for boys.

I look down at my son’s face, which is full of anxiety. He is furiously chewing his bottom lip and trying to use eye contact to persuade me to take him home. It isn’t going to work. We head to our seats at the back of the room and I assure him we are just going to watch and he doesn’t need to get involved, but I know better.

Less than a minute later, the students are flat on their backs doing warm-ups. My stubborn boy’s face softens almost instantly as he slides off his chair and lies at my feet copying the movements of the class. Nobody gives him a second glance, which encourages him to move closer to the group. His dad and I shoot each other a satisfied look. The plan is working.

Since starting primary school more than three years ago, our son has had trouble finding his feet socially, particularly with other boys. Preferring dolls to action figures and drama classes to footy practice, he has struggled to figure out where he fits. At the age of three, he packed away his treasured toy-car collection and put his energy into designing ball gowns and planning weddings. Fortunately, his preschool teachers and friends were very nurturing and encouraging, and when he showed up to the centre’s Halloween party in his Cinderella outfit, the kids flocked to him like a rock star.

But the outside world isn’t always so embracing, and leaving the safe, idealistic world of preschool behind was devastating.

Our son often doesn’t understand other boys, and they don’t understand him. Adults tell him what he should be doing, but it is rarely what he wants to do. Thankfully our friends and family are supportive, but there have been occasions when we’ve been baffled by people’s logic. None more so than the birthday party where a mother called my parenting into question, solely over the sight of my son singing a Hannah Montana song with her daughter. The same mother sends her three girls to watch the football in team-supporter jerseys. It made me realise though, that if some parents still have this attitude, what are they teaching their kids about accepting others for who they are?

Watching these boys happily stride and pirouette from one end of the hall to the other, we knew we had found the right place for our son.

Despite our attempts to ignore all this and convince our son there are plenty of boys out there who don’t fit the social norm, he has remained sceptical. He feels different. He enjoys basketball, swimming, science and cub scouts, but he rightly wants to be accepted for himself as a whole, not for selected hobbies. He tried to fix this himself by pretending to be someone on the outside who he really wasn’t on the inside. It worked for a while, but it also gave his self-esteem a battering.

After another birthday-party incident he broke down, asking why he couldn’t just be ‘normal’, why he liked things girls like, and why he couldn’t just flick a switch to be interested in footy and suppress his need for creativity. I gave him the usual be-yourself-and-you’ll-be-happy speech, but as his mother, I felt defeated. He had tried everything, but like all of us, he just needed to be accepted for who he was.

Then while we were trying to comfort him at his lowest ebb, Billy Elliott appeared on TV. He sat and watched in awe, his little tear-stained face mesmerised by this boy fighting against so many odds to do what he truly loved. Our son didn’t feel so lost any more and went to bed that night optimistic and inspired.

A few weeks later, and here we are at the all-boys ballet class. Because of his past experiences, the idea had petrified him. He wasn’t convinced by our theory that if other boys are there to do ballet, they’re not going to tease him for wanting to do it. He is a child who needs solid proof, so we dragged our nervous, reluctant boy through the door.

The relief in him (and us) was almost instantaneous. It took just a small amount of encouragement from the teacher for him to join the other kids. Watching these boys happily stride and pirouette from one end of the hall to the other, we knew we had found the right place for our son. Leaving the class, he was so excited about coming back the following week he couldn’t get the words out quickly enough and chatted happily all the way home. And just like that, we had our son back.