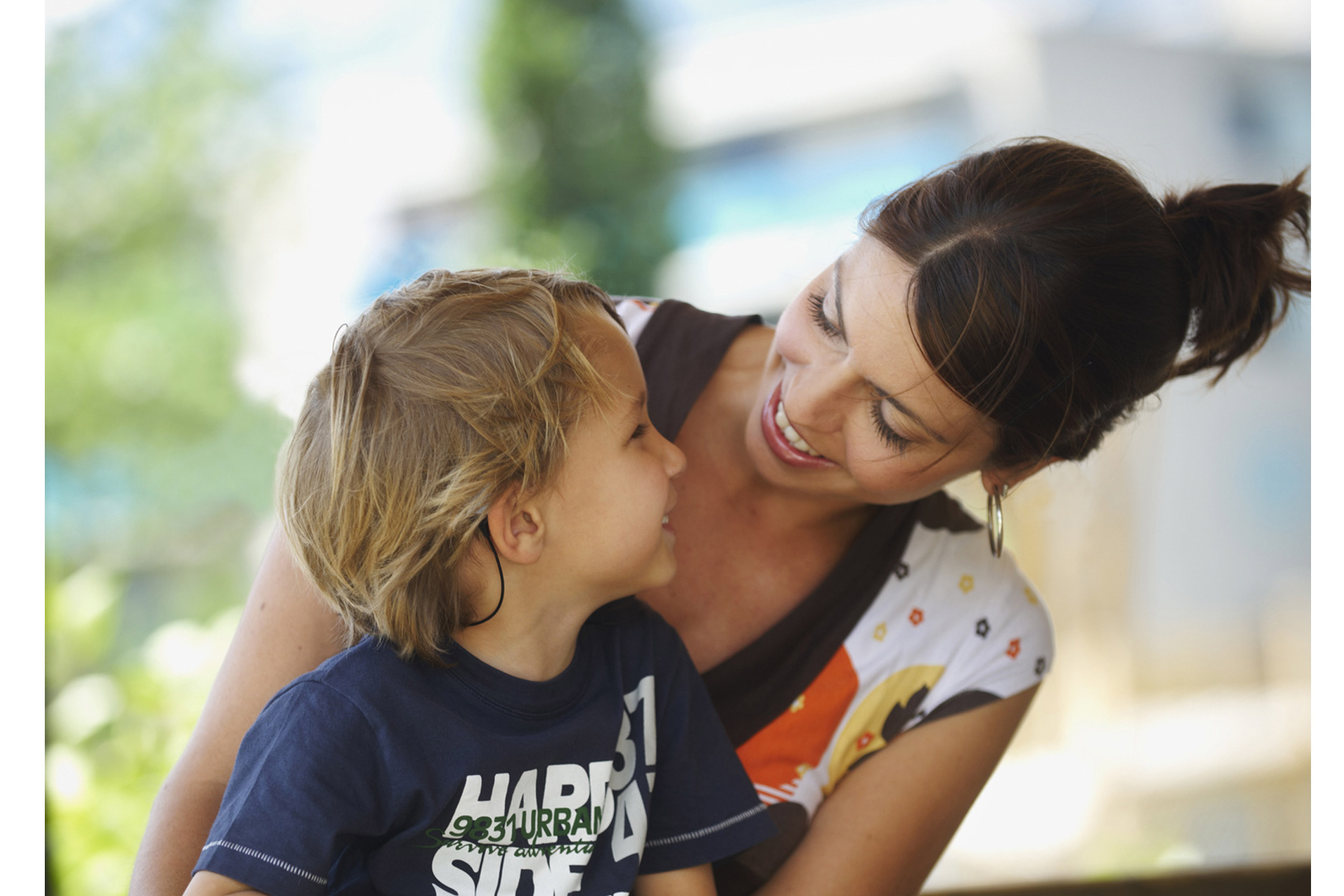 Posted at 13:51h in Editors Picks, Inform, Inspire by Editor

Mother Emily Shepard leads the way for kids losing their sight and hearing to a little-known genetic condition with no cure.

“Why would you want to know?”

I’d asked our ophthalmologist when she thought my son, Louis, then three, might lose his sight. He’d been diagnosed with Usher syndrome, a genetic condition causing profound deafness, progressive loss of vision and vestibular dysfunction. There’s no cure.

Her reply shocked me. It made me determined to prove there are positive things you can do.

The Usher diagnosis knocked us sideways. A friend had texted to ask how the appointment went, and I remember looking at my phone and wondering how in the world we were going to find the courage to tell family and friends. Telling people made it real, and we weren’t ready to let it be real yet.

In the days that followed, I spent many hours on the internet, reading as much as I could find about Usher syndrome. I was desperate to find another family who’d been through this before. I found nothing in Australia, but I did find another family in Alaska with a boy of similar age. We couldn’t be further apart if we tried, but the support we provided each other was invaluable. They became our ‘Usher family’ and I will cherish that initial support forever.

Usher is not all that rare. About five percent of babies with hearing loss will have it. Despite no high-risk factors, we discovered Louis had profound hearing loss at eight weeks, and cochlear implants in two successful operations at 11 months had provided him with good access to sound. My husband and I knew there was more going on, as Louis wasn’t meeting milestones like rolling, crawling, sitting and walking. That opened a can of worms they call the ‘diagnosis odyssey’, as we followed clues through years of testing until we got that shock diagnosis at three and a half.

After that, it was a good 12 months before I could breathe.

I booked us to visit the International Usher Syndrome Family Conference in Boston. When we went, it changed everything. I met an army of doctors who are working on it, which gave me peace of mind. I met families who are further down the track than we are. I met adults with Usher’s who had good jobs and were enjoying life. Life could be difficult for them, but possible.

Louis received a great social, language and academic grounding in pre-school at the Aurora School for deaf and deafblind children in Melbourne. It’s a bilingual program, teaching in both English and Auslan. There were two teachers to about six kids, weekly speech and occupational therapy, an audiologist, counselors, social workers, and a classroom with great acoustics.

Now he’s six and in mainstream school this year. The teacher wears a microphone that speaks straight to his cochlear implant. On a day-to-day basis, it’s his balance that affects him the most. Usher kids have issues with their vestibular system. He trips and falls in the classroom a lot. I’ve just bought him a special chair for art class because he falls off the art room stools. He has a field of vision of only about 30 to 40 degrees and can’t see his feet, so that trips him up a lot in the playground. I couldn’t do without Louis’s very supportive nine-year-old sister. She checks on him at lunchtime. Guide Dogs Victoria have come in to make a mental map of the playground for him and get poles and ramp edges painted yellow.

He loves school. He gets frustrated with his body at times because it affects his football and climbing skills, but he’s accepted being deaf. He knows he needs to wear his cochlear implants to hear, and he knows he can take them off anytime he likes. He can communicate well with English and Auslan, so he  has options.

There’s a moment at each six-month eye test where I think, maybe the doctor will tell me it’s all been a big mistake. “There is actually nothing wrong with him. Sorry for all the confusion”, but after she examines him in silence, and turns to talk to me, I know exactly what she’s going to say before she opens her mouth. I hate being there, I hate her office, I hate the carpet on the floors, I hate the silly cat picture on the wall, I hate how the eye drops make Louis feel, I hate that she’s only ever going to give me bad news.

“The condition has progressed. Louis’s vision is worse today than it was six months ago.”

I try to keep the talk emotionless in front of Louis. Facts, numbers, dates, times, but then at home, the tears flow. When we learnt of his hearing loss, we knew that with each appointment, each therapy session, language improves, communication improves and gross motor skills improve. His eyesight is heading in the other direction.

We’re not sure if he’ll completely lose his vision. We know adults with Usher’s who keep a five-degree field of vision and can read a newspaper. We haven’t told Louis he may not be the train driver he wants to be, but he has time and technology on his side. In the meantime, we’re adding wonderful experiences to his memory bank. He’s been in a helicopter, to the Grand Prix, and met Hawthorn Football Club’s Jarryd Roughead.

I’m a parent advocate on the Melbourne Genomic Health Alliance Congenital Deafness Flagship Panel, who are piloting whole genome sequencing for kids born with hearing loss. Genetic testing has come a long way in the last five years. When we tested, they looked for 90 genes; now they test for about 120.

We don’t look too far into the future and we don’t sit around feeling sorry. Meeting other families facing the same situation has been so important. Doctors can tell you things but it’s other mums who can really make a difference in your life.

Children with profound hearing loss are not always referred for genetic testing, so cases can go undiagnosed until the child is 12 or 13. No one knows how many children in Australia live with the syndrome, but it is thought about 400,000 people live with it globally.

For links to resources for deaf children Australia-wide, see Aurora School in Victoria