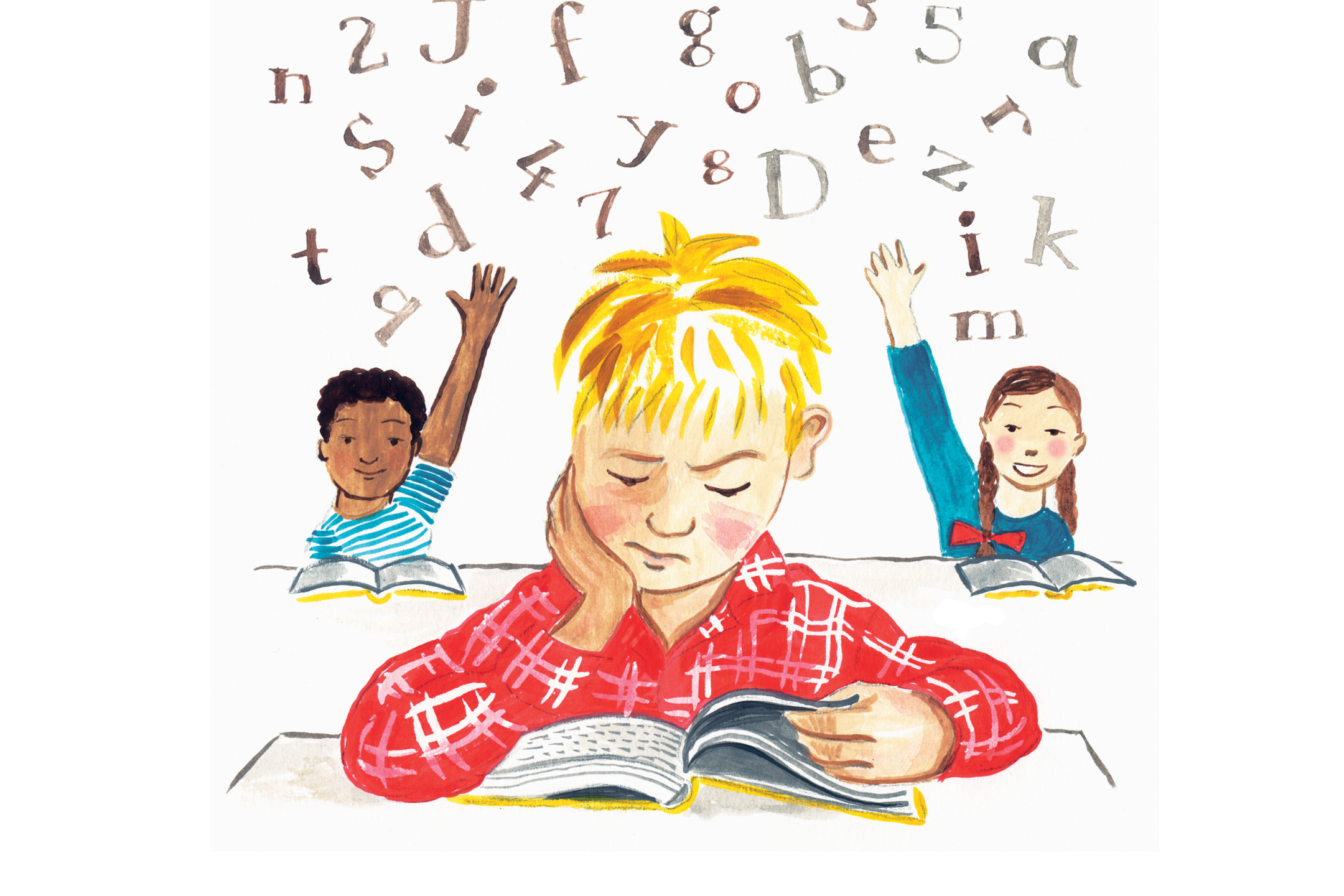 Posted at 11:18h in Editors Picks, Inspire by admin

It was a relief when the mystery of why Liz Dunoon’s son was having difficulty in reading was solved.

I sat in the driver’s seat of my car feeling empty and numb as a warm tear slid down my cheek. I stared blindly through the windscreen for just a moment too long. My six-year-old son, Leo*, called out from the back seat, “Come on Mum. I want to go home.” “OK,” I said as I started the engine. I was relieved that the school carpark was empty and I didn’t have to fake cheery smiles and mad waves to all the other mums. Normally I enjoyed the whole process, but on this day I was too preoccupied with what had just happened in the classroom. My son chatted constantly about his day, unaware of my growing feelings of despair.

So what had happened? I had made the appointment to speak with Leo’s teachers after school because he was struggling to learn to read. Night after night we practised his reading and went through flashcards of basic sight words. After three months he knew only one word – ‘I’ – and could not read any words or sentences in his readers.

The irony of this situation was that I am a primary school teacher and I have taught hundreds of children to read. I felt sure Leo’s teachers would give me the key to the door, which I could then use to help my struggling son. Instead, I was greeted with blank faces and surprise. Neither of his teachers had any idea that he found reading difficult, and when I expressed my concern, I was given a hotchpotch lecture where words like phonics, syntax, semantics and phonemes were thrown at me.

My anxiety had increased and I had wanted to shout, ‘You’re meant to know what’s going on!’ One of the teachers realised how distressed I was and offered to keep a closer eye on my son in the future.

Was I blinded by my love for him?

As I drove Leo home, I felt weary and confused. Was I overreacting? He had been a slow developer, but I knew he was intelligent. Something just did not add up. Perhaps I couldn’t teach my son because I couldn’t be objective. He was a wonderful, perfect creation in my eyes. Was I blinded by my love for him?

Anger, fear and worry had settled upon me like a winter coat. I knew children needed to be able to read competently by the end of Year 3 because that’s when learning to read slows down and reading to learn becomes paramount. I was in a race against time to secure my child’s future.

As a teacher, I really believed the best way forward was to engage Leo in more reading practice. Before school, after school… readers, readers, readers. Sight words on the fridge, on the bathroom wall, in the car; repeating words after me on the way to school. Did it help? Marginally. Maybe Leo learned to recognise four of his 10 sight words, but he still couldn’t read more than one or two words in his readers and he could never transfer learning from one page to the next.

Dyslexia crossed my mind, but I just didn’t know enough about it. My teacher training offered me scant information. I remembered the word ‘dyslexia’ being mentioned in one language-arts lecture, but we were not told how to recognise signs, or what to do to help a dyslexic child.

We continued to work hard, but poor Leo quickly became mentally exhausted, sad and anxious. School was fast losing its appeal and our relationship suffered as a result.

His teachers had no idea that this had been happening.

A few months later, I went back to his classroom. I needed to see what was happening because although Leo was making friends and was happy enough, he still could not read, and he struggled to write. As I flicked through his books, I noticed beautiful handwriting and the use of full stops and capital letters. My heart leapt, but my joy was short-lived. It was Leo’s workbook, but it wasn’t his work.

The boy who sat next to him had witnessed Leo’s struggle firsthand and had offered to do his schoolwork for him. I was heartened by this wonderful kindness but devastated that my son could not write his own sentences.

His teachers had no idea that this had been happening. Again, I felt angry. I was a teacher and I knew this wasn’t good enough. Needless to say, I started to look around for a new school.

A teacher told me that Leo was most likely dyslexic…

The one we chose was further from home and more expensive, but it was the right school for Leo. Within weeks of starting, his reading ability was assessed. A teacher told me that Leo was most likely dyslexic, and he was placed straight into learning support. Very slowly, with baby steps, Leo began to learn to read. It was difficult and took an enormous amount of mental energy, but it was reading all the same.

By Year 3, however, it was evident that Leo’s challenges weren’t diminishing. He was still a struggling reader, a disaster at spelling and a slow writer, but he was having difficulty mastering some basic mathematical concepts. He felt constantly frustrated and confused. “Something is wrong with me,” he would say. “I have to try so hard all the time when everyone else just mucks around and still does their work.”

After a year of this, enough was enough

The after-school hours were particularly challenging. He carried anxiety and fear of failure throughout the day, and by the time he came home, he was mentally exhausted from his constant efforts to keep up. As a result, most days would end in an eruption of frustration and anger, with Leo taking it out on the people who loved him the most – his family.

The introduction of regular homework nearly tipped him over the edge. He would abuse, threaten, yell, cry and demand constant assistance to complete it. After a year of this, enough was enough. I was exhausted, and this was only Year 3. What was going to happen in Year 11?

I sat at my computer and typed in “dyslexia assessments”. There were thousands of businesses trying to sell me a solution to my child’s learning problems, but I didn’t want to spend hundreds of dollars on something that might not work. I wanted to know why my son struggled to learn and what I could do to help him. I finally chose an assessor who was not attached to a specific learning program and who I hoped was capable of being completely objective. After Leo’s assessment, we had an answer. The expert opinion was that Leo had dyslexia. Yes, it was a label, but to me, it was much, much more – it was a prescription for action and I could help my son to succeed.

At school, an Individual Support Plan was created and means of tracking his progress and keeping me informed were introduced. The assessment was relatively expensive – $650 at the time – but I finally felt in control of the situation.

Leo is now in Year 6 and is a ‘C’ average student. I think he is a champion. His ‘average’ is an exceptional achievement because I know how hard he works to get there.

My journey to help my son has taken me on an amazing tour of discovery – about dyslexia, my family and myself.

Dyslexia: Into adulthood from The Documentary Podcast