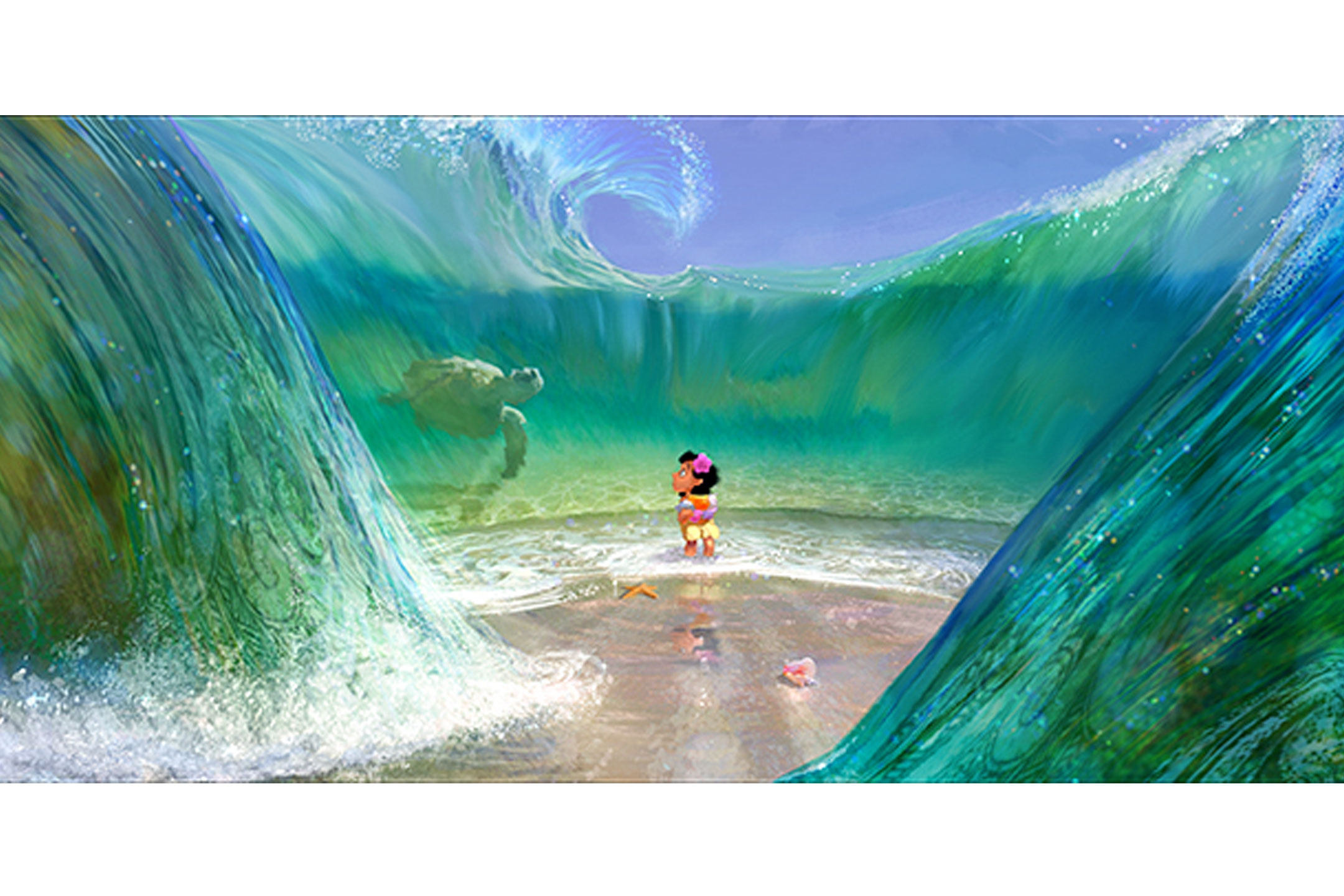 Posted at 11:56h in Uncategorized by Editor

From Mickey to Moana — Disney treasures at ACMI tell the story of animation’s evolution over almost a century, writes Dan Torre

Disney is one of the longest running animation studios in the world. As a result, the studio’s nearly 100 year legacy also provides a substantial insight into the history of the animated film.

Disney: The Magic of Animation features 500 items — original sketches, drawings, paintings, concept art and models. They have been carefully curated from the 65 million artworks at the Walt Disney Animation Research Library in Los Angeles.

The first feature exhibition at Australia’s national museum of screen culture since its major redevelopment, it showcases Disney’s legacy, and the process and artistry at work.

When you first enter the exhibition space you are greeted with an array of large scale zoetropes — spinning cylinders with flickering images inside. They display the animated characters of Mickey Mouse, Pluto and Donald Duck.

These pre-cinematic animation devices provide a neat summation of the animation process, in which a quick succession of individual drawings, each one slightly different than the previous, can create a moving image. The zoetropes remind us animation has existed for many decades (if not centuries) prior to the invention of cinema.

Also on display are artworks from some of the studio’s earliest and most iconic animated shorts, such as Mickey Mouse’s Steamboat Willie and Plane Crazy. Equally impressive are the extensive artefacts from more than 25 feature films, ranging from Snow White and the Seven Dwarfs to this year’s Raya and the Last Dragon.

Australia has also played a little known but substantive role in the Disney animation story. Between 1988 and 2006 Walt Disney Animation Australia operated in Sydney, and employed hundreds of extremely talented Australian animators, artists and technicians.

They worked on dozens of animated sequels to big name Disney features, including The Lion King II: Simba’s Pride, Pocahontas II: Journey to a New World, The Little Mermaid 2: Return to the Sea, Lady and the Tramp II: Scamp’s Adventure, and Peter Pan: Return to Neverland.

Exhibition curators have chosen a remarkable selection of highly dynamic animation drawings for display. Even as still images, these pencil drawings express incredible life and movement.

There are also a number of concept drawings created by American artist Mary Blair, whose designs informed Disney’s Cinderella, Alice in Wonderland and Peter Pan. She was also known for her children’s book illustrations (I Can Fly) and murals (including Disneyland’s It’s a Small World attraction). Her drawings and paintings use just a few strokes and splashes of contrasting colour to convey brilliant vibrancy and expression.

Also remarkable to behold are the series of background paintings from 1959’s Sleeping Beauty. Created by artist Eyvind Earle, the works show angular shapes and exquisite detail. Eyvind Earle’s sister, Yvonne Perrin, was also an animation background painter, who spent much of her life in Australia, working at the Eric Porter Animation Studio in Sydney and later illustrative children’s books with bush themes.

It’s not just two-dimensional art on display. Model cars made of wood and metal from the production of 101 Dalmatians provide insight into the technical aspects of making the film.

Painted black and white, the cars were moved by hand and filmed in real time, using high-contrast film-stock. The resulting footage was then enlarged and transferred, frame-by-frame onto cels and incorporated into the rest of the animated scene.

The result was fluid motion on screen and accurately depicted vehicles which, despite appearing to careen around corners and collide with each other, maintained their precise dimensions. The approach, to some degree, anticipated the use of 3D digital models that would be incorporated into the studio’s later animated films.

Because Disney’s more recent films like Frozen and Moana were created almost entirely in the digital realm, the displays devoted to them tend to highlight concept art, rather than production materials. But it is still fascinating to see the concept artwork which guided these films through their early development. We gain a greater understanding of how the artists conveyed atmosophere, adventure and enchantment to create fantasy worlds.

As technology has evolved, so have Disney’s characters and narratives. This is notable as the exhibition reacquaints visitors with classic and dainty Disney princesses through to today’s more contemporary warriors like Moana and Raya.

Disney: The Magic of Animation celebrates each frame and component behind some of audiences’ favourite films of the last century. In doing so, the exhibition not only provides an illuminating peek into the animation process — but also gives us the opportunity to admire the artistry and complexity of what went into making every second of these works of art.

Disney: The Magic of Animation is on at the Australian Centre for the Moving Image (ACMI) until 17 October.