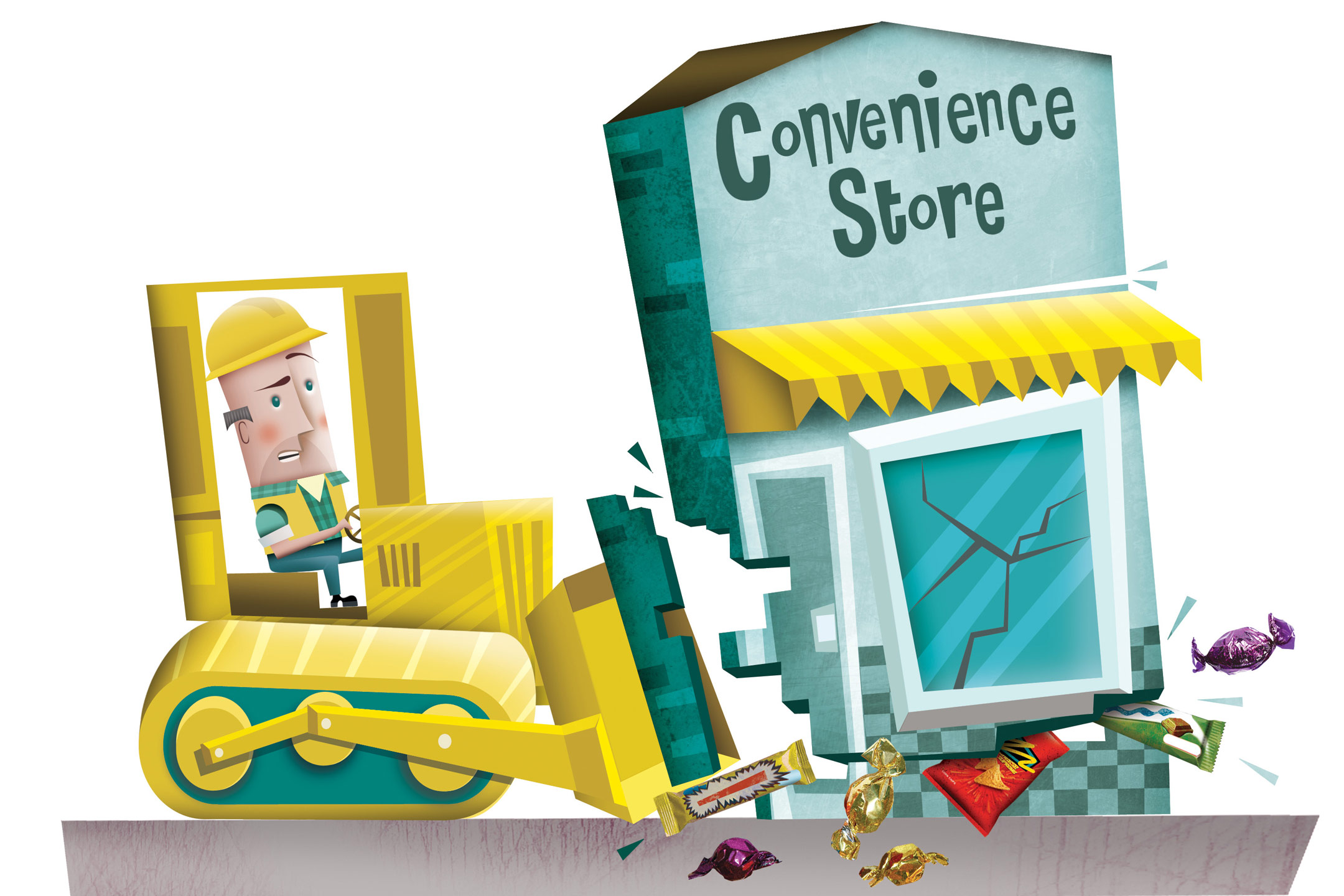 Posted at 06:10h in Validate by Staff

Clare Wishart’s desire to be a strong role model for her children leads to a personal battle on the food front.

I was brought up to enjoy good, healthy food. Soft drinks and chips were for ‘special occasions’. As kids, we were allowed tuckshop lunches once a fortnight. I salivated waiting for that special day when I could have my chicken nuggets. When we were old enough to receive pocket money, my mother introduced us to ‘Saturday sweets’. The idea was to prevent us spending our silver coins on milk-bar lollies – the Saturday sweets were packed away all week in Grandma’s 1950s bakelite cake container, ready to come out on the weekend.

There was a darker side to food in my family. My mum was a bit of a comfort eater and whole packets of chocolate biscuits would disappear overnight. Through the intensity of my high-school senior years, I started to do the same.

University life was like a switch clicking over. Suddenly all this food was on display and no-one could stop me from eating it. Doshed up from my part-time job and studying hard, or rather sitting down, a lot, I indulged. Doner kebabs, hot chips and giant choc-chip cookies… I had my favourite haunts. As I was an arts student and didn’t drink coffee, I needed something to occupy my hands while I sat solving the world’s problems with my friends. With ‘the recession we had to have’ just starting and with careers in doubt, all you could do was eat! A friend of mine joked at the time, “Clare, whenever I see you, you’re always eating”. 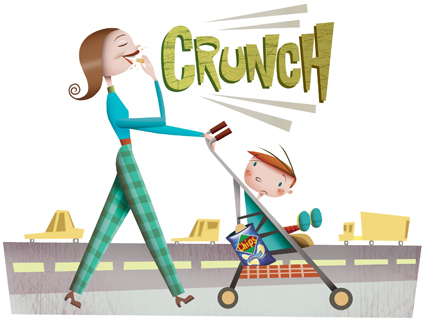 I’ve made myself sick on chocolate. Away with friends one weekend, I woke up in the middle of the night with awful cramps. I roused my friend who was a nurse. She went through the standard questions and listened empathetically while I tried to describe the pain. She then carefully reassured me that perhaps the kilo block of chocolate I’d consumed after dinner was the cause of my trouble.

I got older, got married and was surprised one day when I realised that most of our marital disagreements were about my eating habits. My rational, self-controlled husband could not believe what I ate and complained when the packet of biscuits we kept for visitors, as well as his best cooking chocolate, vanished without a trace.

And then I had children. Desiring to be a good mother and give my kids healthy food, I hid my chocolate wrappers. With my first son, I would eat chips while pushing him in the pram along a busy road, so he couldn’t hear the crunch. When he went down for a nap, I’d head straight for the pantry. Lolly bags at parties were confiscated – for me to eat. I would drop him off at day care and head for the fast-food drive-through. Then along came my second son. He seemed to have inherited a bit of the snacking gene and he screamed blue murder if I bought chocolate and hid it under the stroller. He remembered where the lollies were and his eyes lit up at the sight of chips. He was more attuned to what I was doing than my first had been, and I found it harder to sneak off for my ‘contraband walk’ to the convenience store.

Meanwhile, my mum was working hard in her role as ‘responsible grandmother’. She would continually send me articles about Bisphenol A, (BPA) and the problems with soy. A2 cows’ milk became a popular topic. High GI, low GI, toxins, free radicals, antioxidants – all these words came thick and fast in an assault on my conscience. I snacked guiltily in private and hid the wrappers in public rubbish bins.

It all came to a head when my washing machine broke down when I was in the middle of toilet training my first son. Stuck at a friend’s house while I waited for a load of washing to finish, I leafed through a cookbook of hers that caught my attention. It suggested that eating influenced mood swings. Was this true? Could I control my glum periods by not eating cheese, chocolate and chips, my favourite foods that were apparently also high in amines? Was my eldest son sensitive to salicylates? Could I calm his behaviour and possibly help his toilet training by moderating his fruit intake? I thought I’d struck gold.

But how would I undo years of bad eating? Of always choosing the greasiest option on menus – be it battered fish or pork belly? I had tried diets before at university, with little success. Perhaps I could think of something disgusting when I was tempted? I read a book about the South Americas and the exploitation that went on in the sugarcane fields. I became aware of the chequered history that had brought the refined white stuff in copious quantities to the West. Could I think of that when I saw chocolate? That meant that when I consumed a packet of chocolate biscuits, I was basically committing genocide. It didn’t work. I just felt worse about myself, and the comfort eating continued.

And then Christmas 2019 happened. Staying with my parents, the alarm was raised when they observed the chaotic nature of our bedtime routines. They were concerned about what it was doing to our health and relationships. So when I returned home, I borrowed some parenting books. One in particular was a revelation; it claimed that character is shaped by habits formed over years, almost like a groove in your innermost being.

Making a connection between my desire to be a positive role model as a parent and to eat healthily when no-one was looking, was a fundamental leap. Had I grown up? Well, it was liberating. I could link eating to my idealism and desire to be a great mother to my kids. Good habits make good people, don’t they? I would not only watch over what went into my precious kids’ bodies, but realise that every choice I made to eat junk whittled away at my desire to be a strong role model.

The convenience store I used to frequent for my sugar fixes is currently being bulldozed. My husband says it is because of the loss of my patronage. Whatever the case, my underground life as a compulsive eater has been brought into the light of day and I am now trying to cut processed sugar and other nasties out of my diet. Wish me luck…