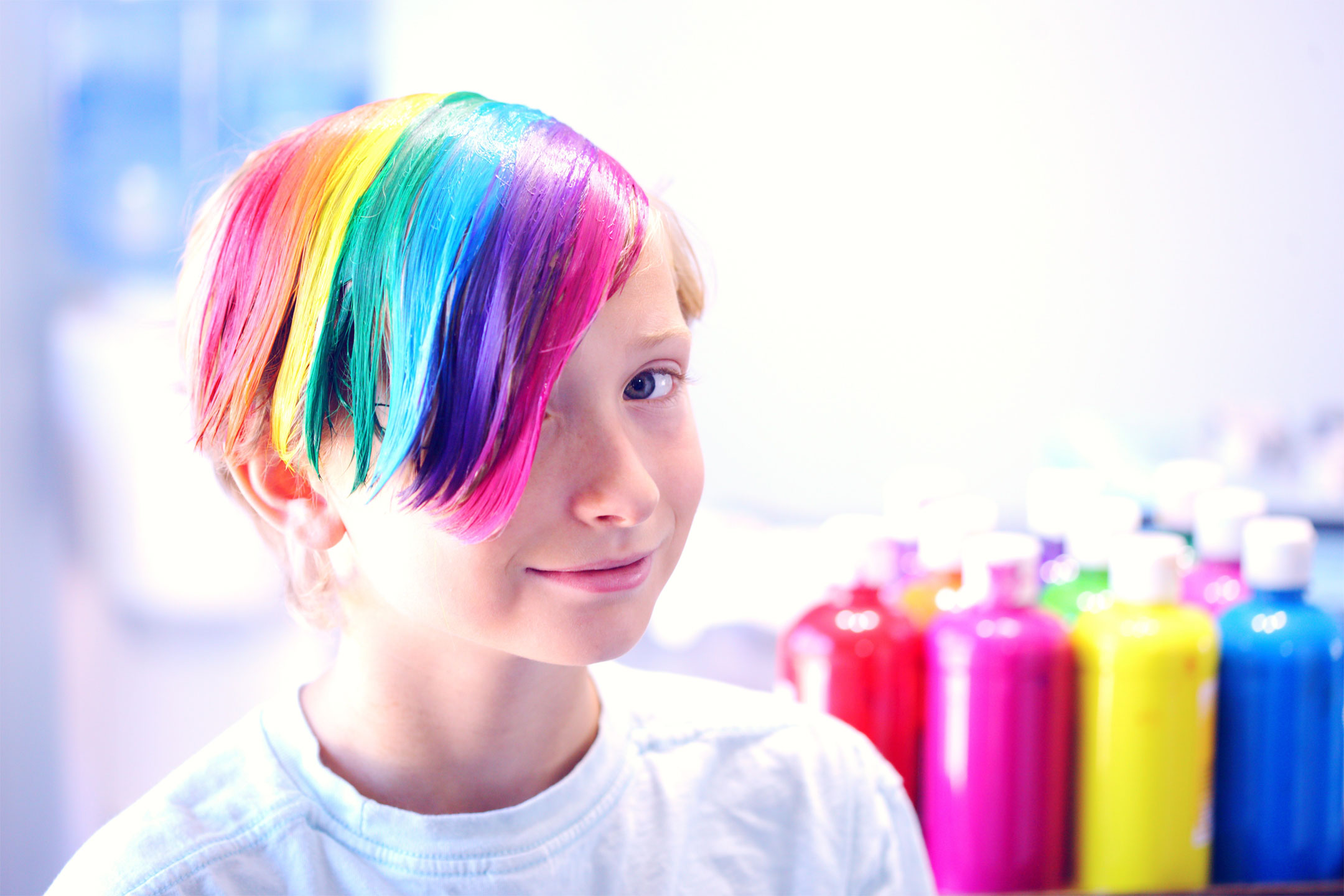 22 Sep Does education about gender and sexuality belong in the classroom?

A newly released report by a NSW parliamentary inquiry ignores scientific research in supporting changes to the Education Act. These changes are likely to add to the risks of harm that transgender and gender-diverse young people face.

Schools need to provide appropriate care to all students. The proposed changes to the law will prevent staff from doing that for transgender and gender-diverse young people. By further marginalising them, the changes could increase their already high rates of bullying, mental illness and suicide.

The Education Committee’s report ignored scientific research findings and recommendations presented in submissions to its inquiry into the Parental Rights Bill. One Nation MP Mark Latham, who introduced the bill to parliament last year, chaired the committee. Its report endorsed proposed amendments to the Education Act 1990 and Bulletin 55: Transgender Students in Schools that will prevent schools from teaching that gender and sex are distinct concepts.

The amendments may also prevent school staff from affirming and supporting their transgender students until consent has been gained from potentially unsupportive parents, and lengthy, expensive medical procedures have been completed. By preventing appropriate care for all students, such changes will further alienate and marginalise transgender and gender-diverse young people. 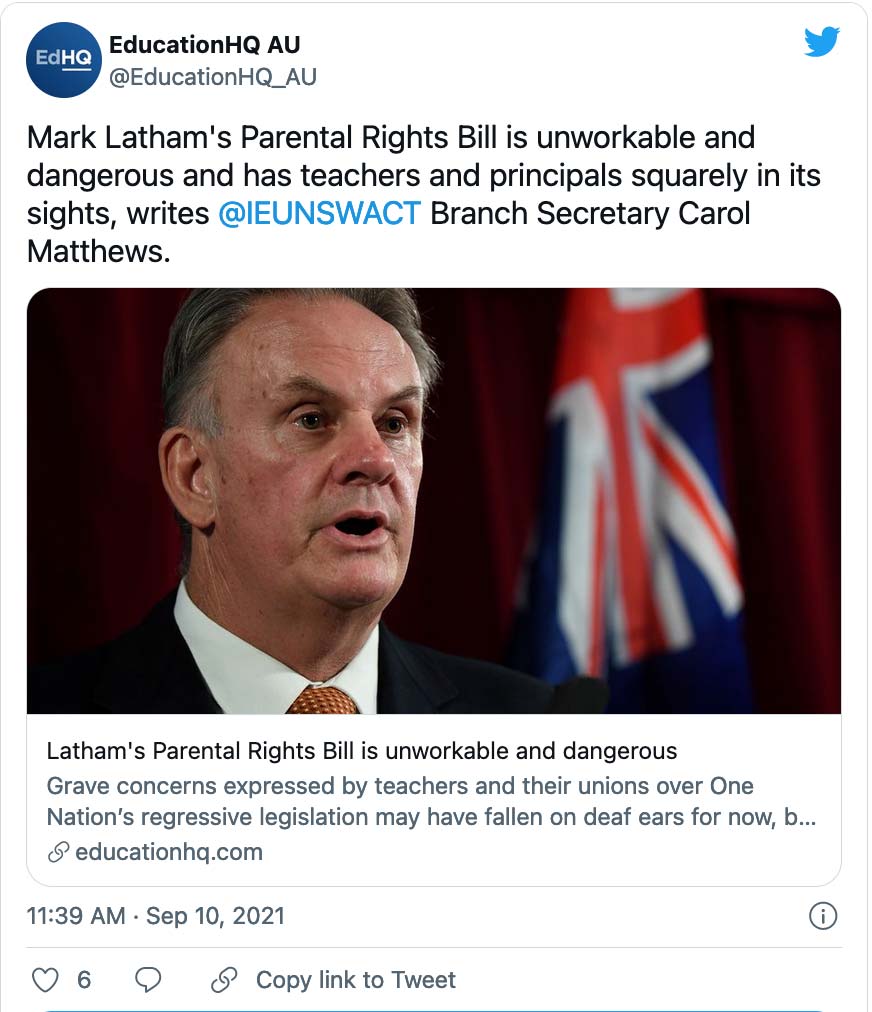 What does the science say about sex and gender?

Scientific research has for many decades regarded sex and gender as distinct, but related. Sex refers to the biological and anatomical characteristics attributed to males and females. Gender encompasses the social and cultural characteristics of men and women – for example, personality, stereotypical interests, and behaviour.

Researchers recognise that sex and gender can be more related for some individuals and less related for others.

Scientific research also acknowledges that neither gender nor sex is binary. The physiological characteristics used to define sex, such as chromosomes and external genitalia, can display variation outside a clear division of male and female.

Moreover, both cisgender (sex and gender are in alignment) and transgender (sex and gender do not align) people may engage in gender nonconformity through their styles of dress, interests and behaviours. Nonbinary individuals can also have characteristics of both men and women, change between the categories, and/or see themselves as being outside the binary of male and female.

What are the risks of harm?

Rates of mental health problems are much higher in gender-nonconforming youths. In Australia, up to three in every four of these youths have been diagnosed with depression and/or anxiety. Much of this is due to school experiences such as peer rejection and bullying.

Alarmingly, one in two transgender and gender-nonconforming youths have attempted suicide. And about four in five report self-harm or suicidal thoughts. Those who experience victimisation in school are four times more likely to attempt suicide than those who are not victimised. 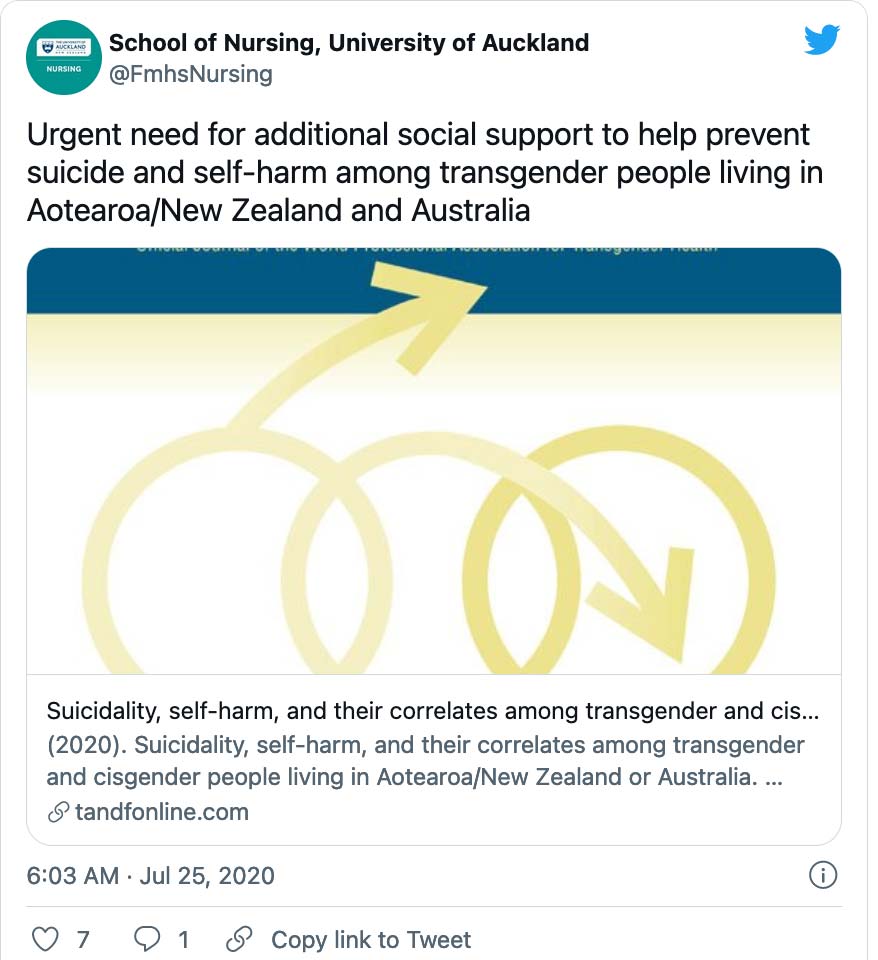 Schools have a vital role to play. Support and acceptance from teachers and peers are important protective factors in reducing rates of mental health concerns and suicidality. Support for gender-nonconforming young people significantly reduces their risks of depression and suicidality.

A positive classroom climate increases the academic success as well as the safety of these students.

According to the committee report, teaching about gender diversity should be avoided due to concerns of a “social contagion” effect. In 2018, a research paper examining gender dysphoria (the experience of distress due to incongruence of gender and sex) suggested social contagion might explain why some parents surveyed reported that more than one young person within their child’s friendship group began identifying as transgender at a similar time, despite the overall low prevalence of transgender children in the population.

Criticism of this paper and its methodology led to it being corrected. The paper was republished alongside additional text that noted the significant weaknesses of the study design and the limitations of the findings.

An earlier study showed siblings of transgender children displayed flexibility in their gender stereotype knowledge while retaining their sense of gender as cisgender. Thus, we currently have no strong scientific reason to believe that learning about gender diversity leads to people misattributing their gender.

Some parents may be concerned their children may incorrectly claim a transgender identity. However, comprehensive education about gender will ensure students are well equipped to understand and determine their gender. 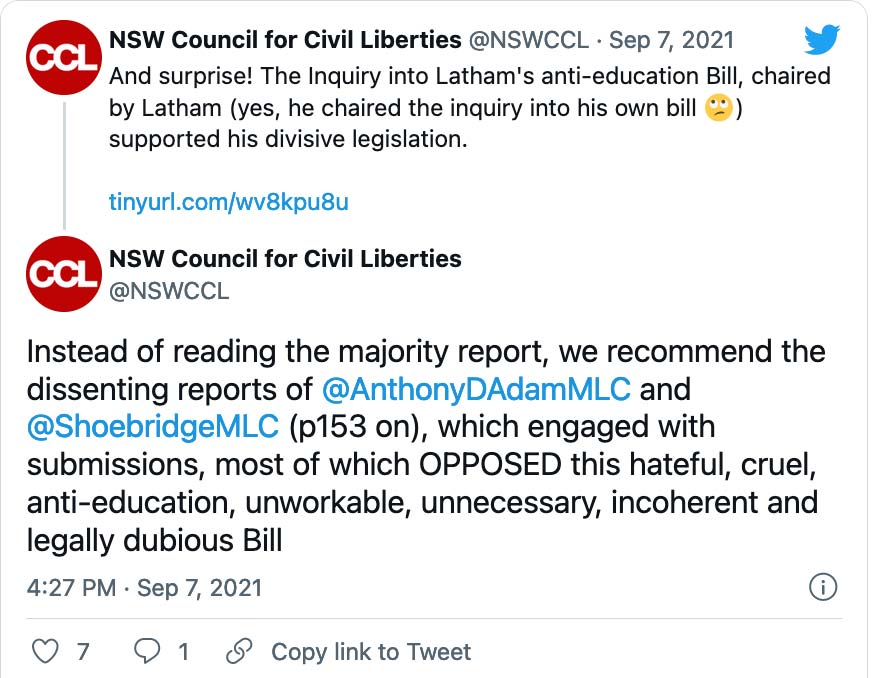 This education also will provide a supportive environment for all students to explore their interests without fear of judgement by peers or punishment by schools. Students will be inspired to take part in activities that were once stereotypically gendered. For example, more girls may pursue science and technology while more boys may consider teaching.

What should schools be able to do?

Rather than prohibit the accurate teaching of gender and sex and restrict the support available to transgender students, the law should empower schools to employ strategies that support the safety and well-being of all students.

Such strategies should include:

School staff require training in how to:

Every child deserves a supportive, quality education based on science. Equality Australia has made it easy for you to convey this sentiment to your political leaders.