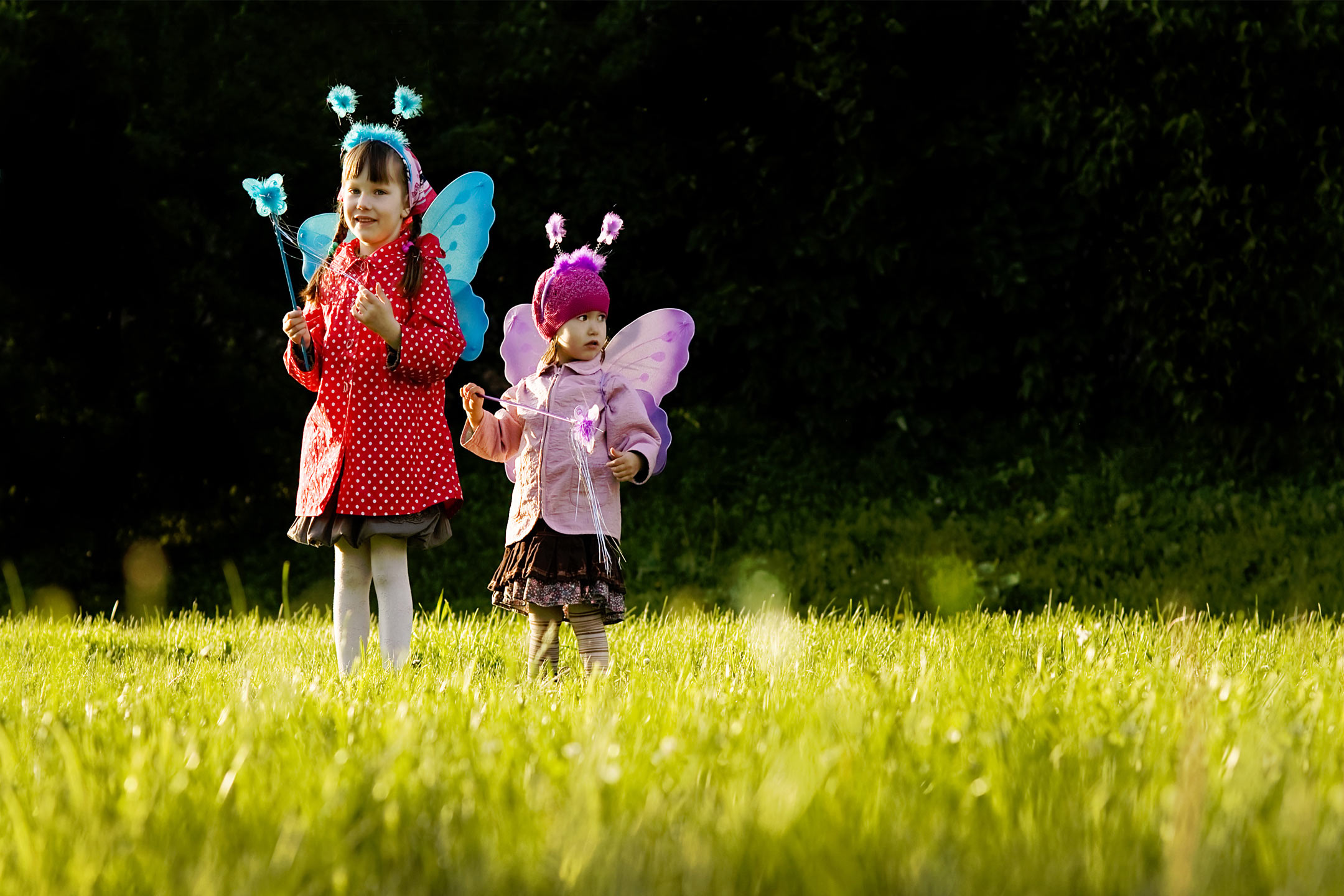 07 Jul Down With Dress-ups

Posted at 06:10h in Motherhood by Staff

Sarah Halfpenny reflects on some of the more character-building experiences of her life.

My first face-to-face encounter with Hector the Road Safety Cat was not a good one. Despite his daily televised preachings of road awareness in an attempt to save young lives, he almost cost me mine.

It was a scorching hot day in late 1978 and I was with my mum in a suburban shopping centre. There was a shop that dispensed tantalising mounds of soft-serve ice-cream that perched precariously atop fragile cones. As was our tradition, my mother and I burst into this cool haven and  I watched wide-eyed as ice-cream ran thickly from the machine. I clutched the treat in my four-year-old hand and trotted along beside Mum on a mission to buy me a new pair of patchwork denim flares.

As we approached the centre’s main foyer – a vast expanse of shiny coral-pink lino usually occupied by talent quests or spruikers – I spotted him. He was large and yellow, and heading towards me at an alarming pace. Even today I am unsure what it was about Hector the Road Safety Cat that caused me to flee. Perhaps it was his size – a towering monster to my tiny frame. It may even have been the prospect that he was after my ice-cream but, whatever the cause, the result was that I ran screaming from the shopping centre as fast as my white Mary Jane’s could take me. I can still hear my own bloodcurdling scream. 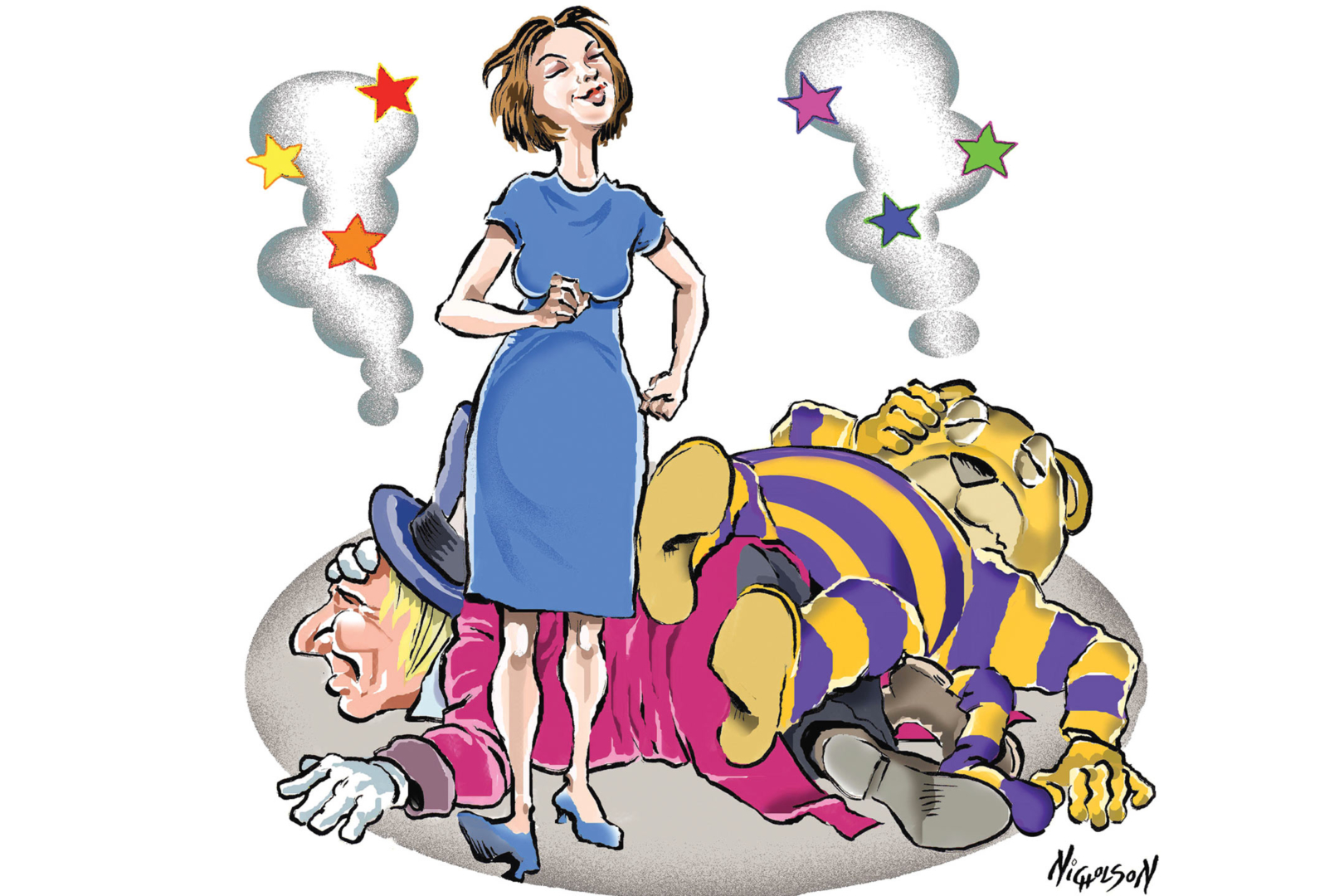 It caused throngs of shoppers to freeze in open-mouthed astonishment.

Eventually I hit the oppressive heat of the outdoors, not stopping to look to the right, look to the left or look to the right again. I did not pause to ponder if the road was clear of traffic, and I broke Hector’s final rule in spectacular fashion by running straight across the road in front of a number of cars. Somehow I made it safely across the car park too, sustaining only damage of the psychological variety – a lifelong contempt for dressed-up characters. Hector was only the first in a long line of ignoble sorts who enter my otherwise idyllic life from time to time and remind me that I am fallible.

Most recently, this latent fear of  dressed-up characters made a spectacular reappearance at my local shopping centre when a pancake shop dispatched a Mad Hatter character to drum up some business on a slow Saturday afternoon. As he rounded the corner in the thick of the clothing precinct, this Mad Hatter made the unfortunate mistake of approaching me from behind proffering pancake vouchers. Sitting quietly on a bench waiting for my husband, my brain registered the Mad Hatter’s spooky appearance just before his outstretched arm came over my shoulder.

Even if this foam and fabric freak had been able, he would not have had time to blink. My instincts for self-preservation are finely honed and in an instant I had spun around to face him, my arms whirling in a furious volley of karate chops, as he retreated in shock. Next came the barrage of verbal abuse as I told him where to go and where to stick his pancake vouchers.

Nowadays, with a two-year-old daughter, and another baby on the way, I know it is going to become increasingly difficult to avoid venues that harbour ‘dress- ups’. The Wiggles, with their confounding array of costumed characters, seem sent particularly to test me.

Despite this small hiccup on the road to character-free living, I do take strength from my theory that a fear of dress-ups is an hereditary condition and not just my  own private maladjustment. My heart swelled with a strange kind of pride recently when my daughter whispered in a conspiratorial tone, “Mummy, I don’t like clowns!” I hugged her tight and confided with a smile, “Neither do I!”

Now we just have to cross our fingers and hope Hector never makes a comeback.