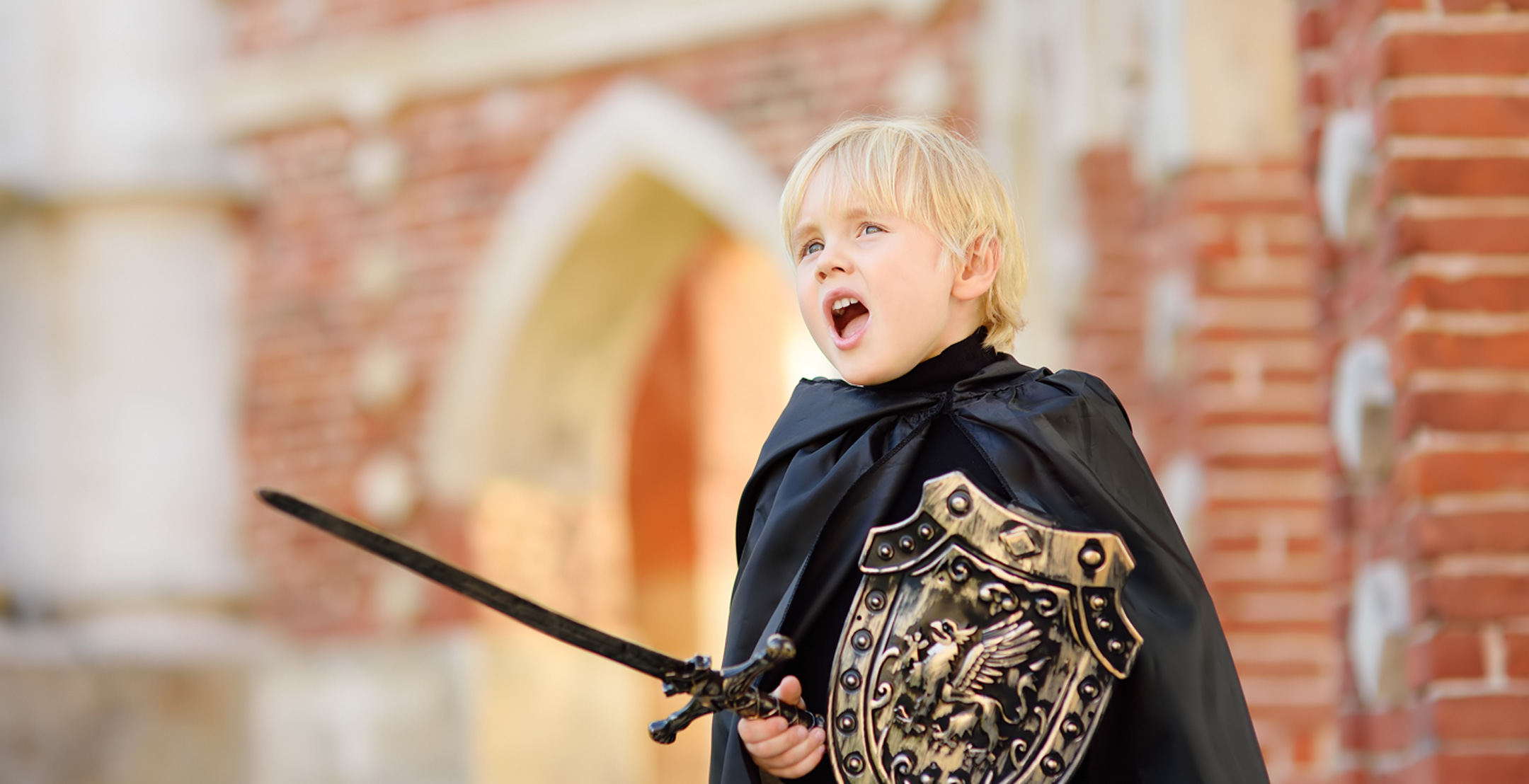 Posted at 13:18h in Editors Picks, Inform by admin

Deb Hunt explores how involvement in theatre and youth arts can make a big difference in young people’s lives.

“There’s a place for every kind of personality in theatre. Some kids are ready to be big, while others have soft voices and quiet personalities, but they can all find their tribe in theatre. It’s like belonging to a big family.”

Are you trying to raise well-adjusted children? Do you hope they’ll grow to be self-confident, motivated and happy to voice their opinions? Are you keen for them to collaborate with others? Then put away the parenting books and head to the theatre.

Evidence suggests involvement in drama and youth arts makes a big difference in the lives of children and young adults. It equips them with greater skills in literacy, self-expression and problem-solving, and provides emotional and creative tools that can help them cope better in later years. And let’s face it, we could all do with a helping hand when it comes to “the slings and arrows of outrageous fortune”.

There’s something about stepping into someone else’s shoes, being involved yet separate and engaged in a world that’s real yet fictional, that imbues drama with a special kind of power. “There are no desks in drama, and no streaming or grading,”  says Colleen Roche, head of drama at Abbotsleigh school, and board member of Drama Australia, the peak body that advocates on behalf of State and Territory drama-education associations. “Students don’t compete with each other in drama; they collaborate. Every workshop raises an important issue and students are invited to stand in someone else’s shoes to explore it. It’s a subject unlike any other.”

Drama is also a lot of fun

Brisbane-based drama practitioner Alexandra McCallum, who also works at Youth Arts Queensland, agrees. “Drama gives young people an opportunity to think of themselves as another person, to be flexible in the way they react and deal with conflict and then resolve that conflict. They can take the experience into their broader lives.”

Drama is also a lot of fun, which is a big drawcard for kids. What other subject brings young people together in a safe and supportive environment to have fun and enjoy themselves while exploring the consequences of bullying, drug-taking, youth suicide, family separation, envy, jealousy, lust, hatred, revenge, love, loss and even murder?

James Evans started touring with the Bell Shakespeare Actors At Work program when he left the National Institute of Dramatic Art (NIDA) 10 years ago, and now is Associate Director of the Company. It tours high schools across Australia. Evans recalls a touring production of Macbeth performed in a juvenile detention centre. “The audience consisted of 120 teenage boys and young men, with guards positioned against the walls,” he says. “You could have heard a pin drop when Lady Macbeth tries to convince Macbeth to kill Duncan. The young detainees were captivated by the raw passion of the situation being played out in front of them.”

In a five-week workshop that followed, these boys, who Evans described as having no self-esteem and little formal education, were encouraged to explore the play.
“At the start, they didn’t want to say anything,” says Evans. “By the end, they were performing scenes and soliloquies and discussing the relationship between Macbeth and his wife, exploring what drove them to act as they did. Some of them could barely read, but they still connected with the issues.”

Evans points out a crucial element in Shakespeare. “He never judges his characters,” he says. “He simply puts human beings in situations where they succeed or fail, get caught up and swept along, and ultimately have to face the consequences of their actions.” These universal themes help explain why Shakespeare’s plays still appeal today. “It’s like modern life, only 400 years earlier,” says Melbourne student Annie after witnessing a Bell Shakespeare workshop.

Drama helps children develop a sense of themselves

Our technology-driven world has done little to quell the hunger for live performance. Recent statistics from NIDA show short-course enrolments for two to 18-year-olds went up more than 30 per cent from 2015 to 2017. The Western Australian Academy of Performing Arts (WAAPA) in Perth has also seen an increase in popularity of short courses.

“Drama helps children develop a sense of themselves and their place in the world,” says NIDA open-course manager Tricia Ryan. “Creative play for under fives can lead to greater self-confidence, development of physical skills through active play and the ability to generate and share ideas.” Older children find a safe place in drama workshops where they can reflect on their experiences and explore myriad facets of modern life. “It can make a tangible difference to their lives,” she says.

Young writers aren’t afraid to explore big themes either. Joanna Erskine wrote her monologue Boot at the age of 26, on an annual retreat organised by the Australian Theatre for Young People (ATYP) to encourage the production of work suitable for younger performers. ATYP hosts the Fresh Ink  National Studio each year to bring together emerging playwrights and theatre-makers for a week’s program of masterclasses, workshops and mentoring sessions.

The searing monologue that resulted from Erskine’s attendance in 2010 – an eight-minute virtuoso piece set in a high school, about betrayal of friendship following a night out that ends in tragedy – has become a hugely popular audition piece for young actors, and is now being produced by director Laura Scrivano as a mash-up of filmed performances. Even young boys are taking part, turning the female lead character into a boy. “The response to Boot has been incredible,” writes Erskine on the Fresh Ink website. “Since it was first performed, I’ve been contacted by so many young people who connect with Dana [the main character] and her story on many levels.”

ATYP offers many workshops, including some that engage students in practical learning about identity, belonging and bullying. Djurali is an Aboriginal Middle Years Transition Program in the Sydney region for students in Years 6 to 10, who attend camps and eventually go on to gain experience in the arts through work-experience opportunities. There are also long-term and one-week residencies, which are a series of workshops run by ATYP tutors in remote areas of the NT, such as Katherine and Tennant Creek.

Propel Youth Arts WA  in Perth – the peak body for youth arts in WA that helps create opportunities for young people to engage in the arts – offers an annual grant of up to $3000 to young arts practitioners to promote the message of drug awareness (or another issue relevant to young people). One such grant led to a performance piece on mental health and youth suicide devised by members of The Duck House, a local theatre company set up by six young graduates of a local contemporary-performance degree. “Dramatic storytelling is a powerful medium and we were keen to produce a work that was relevant to young people,” says director and producer Kathryn Osborne. The result was Minnie and Mona Play Dead, a devised then subsequently scripted performance piece aimed at teenagers. It won the Martin Sims Award for Best New Western Australian Work at the Fringe World Awards.

St Martin’s Youth Arts Centre in Melbourne aims for all programs and performances to be accessed by the broadest reach of children and young people possible. A recent five-day workshop for nine to 12-year-olds called Scratch and Sniff used touch, texture, smell and taste to create a dynamic sensory story that culminated in a live performance. “The workshop was suitable for hearing, hearing-impaired and deaf children,” says associate director Alex Walker.

“Some people find disability confronting,” says Alex McCallum, who believes theatre can give participants an opportunity to overcome their fears and prejudices. McCallum describes a Brisbane-based theatre project she worked on from 2007 to 2009, which involved 13 to 17-year-olds who were both able-bodied and disabled. “Some of them could only communicate using a device similar to that used by Professor Stephen Hawking,” she says. “When she saw this, one chatterbox was inspired to stop talking for 40 hours and one of the participants taught her to use their communication device. She was astonished to discover what it felt like when she couldn’t just say the first thing that came into her head.”

Even if your child isn’t the outgoing type, they can still get involved in drama. “There’s a place for every kind of personality in theatre,” says Walker. “Some kids are ready to be big, while others have soft voices and quiet personalities, but they can all find their tribe in theatre. It’s like belonging to a big family.”

Drama is a shared emotional experience that doesn’t rely solely on the spoken word. Mime, movement, props, sound and lighting can all be used to communicate. “And it’s worth remembering that while some children will never enjoy performing, they can still enjoy watching,” says Meg Upton, drama teacher and board member of Young People and the Arts Australia, the national advocacy body for organisations and practitioners engaging children and young people in theatre and the arts. “Young people between the ages of 12 and 18 are at a critical time in their lives. This is when they’re defining who they are and how they see the world,” says Upton. “Drama is a powerful medium to help them do that.”

The good news is that drama is now one of five art forms specified in the draft Australian Curriculum for the Arts, to be studied from foundation (the term used in the Australian Curriculum to describe the first year of primary school) through to Year 10. “It’s a great validation of how important the subject is for young people,” says Upton.

So the next time you feel as if your son or daughter is acting like a drama queen, take them to the theatre. You’ll be doing them the world of good.