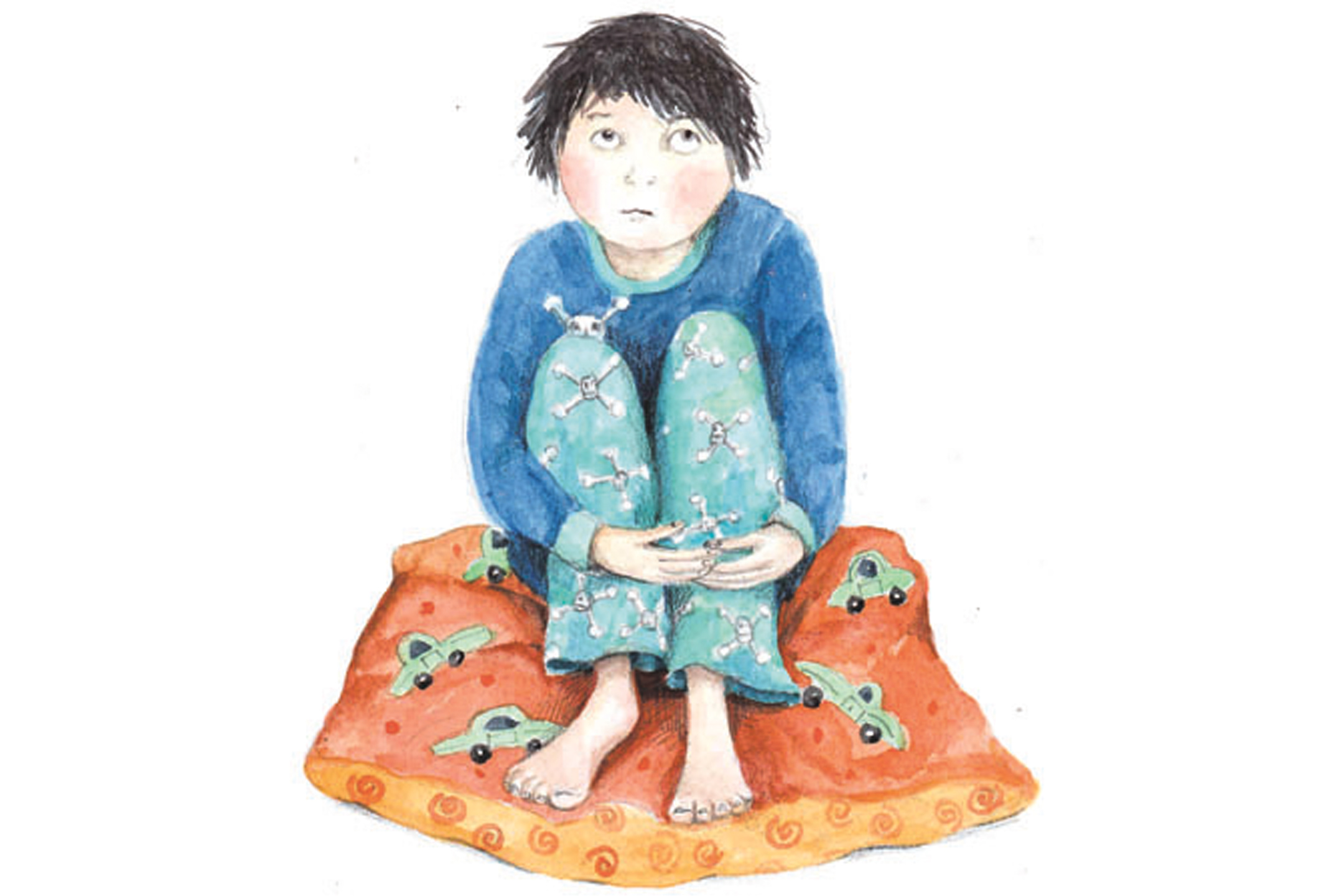 Posted at 11:19h in Back To School, Inform by admin 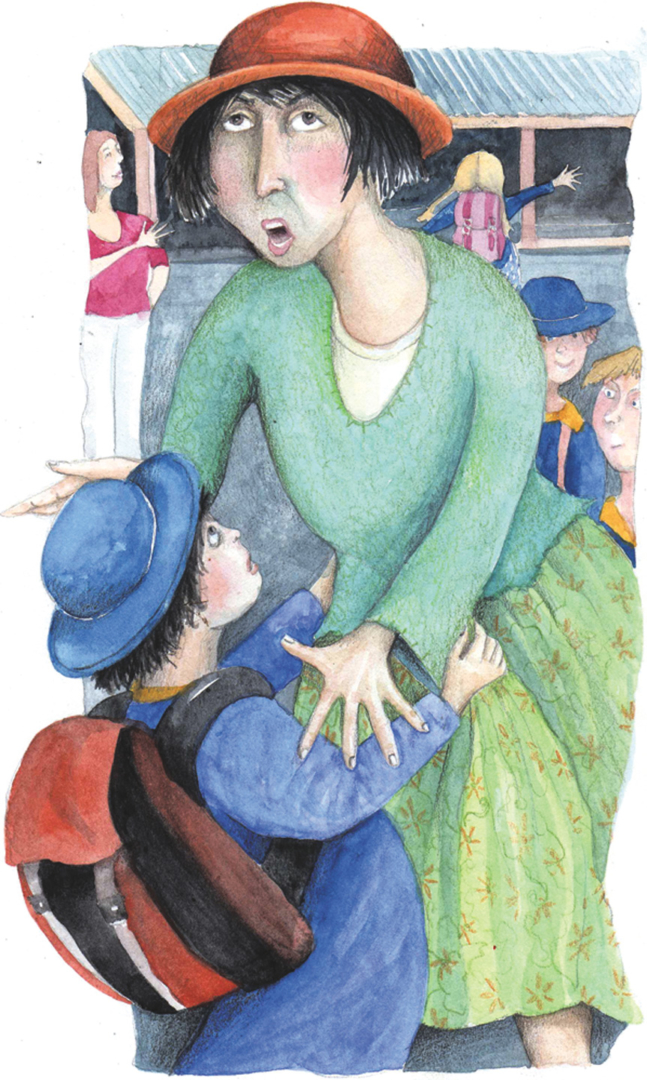 Clinical psychologist Renee Mill explains that the apprehension that many children feel about starting a new school year can be relieved by following some simple strategies.

Listening to a message left by Reeva Simons* on my voicemail, I noted some anxiety in her voice. I called back immediately and set up an appointment for the next day. I consulted my notes. Yes, my gut feeling was correct. I had seen Reeva twice before over the last two years, each time at the same time of the year. A coincidence? I think not.

Both appointments fell around the beginning of the first term of school because that is when her son Ryan* presents with symptoms. He becomes anxious and finds it difficult to fall asleep. He feels sick a lot of the time and complains of a sore tummy. He picks at his food and cries easily. He does not like to be alone and sticks close by a trusted adult. My simple ‘diagnosis’ is that Ryan does not tolerate change very well and when something new arises, such as starting a new year at school, he finds it a major challenge. Ryan does not suffer from classic, pervasive anxiety, but from anxiety that is triggered by fear of the unknown. Truth be told, this ‘condition’ is very common both in children and adults. It is why many adults stay in difficult and bad situations; they cannot face making changes to
their lives.

When Reeva sat down in my office, I allowed her all the time she needed to state how worried she felt. By knowing what the problem was would not help her until she felt validated and heard. I listened while she described what she had gone through at the beginning of the previous school year. Ryan became very clingy when she tried to drop him off at school, which amazed her because she had assumed that by Year 2 he would be independent enough to find his own way to his new classroom. Copying the other parents, she walked with him to the hall, said goodbye and walked off. Ryan began to cry, ran after her and held on to her skirt. The more she pushed him away or shouted at him, the more he clung to her. In the end, she stayed with him until the teacher took his hand and walked the crying boy to the classroom.

Reeva remembered feeling awful. To this day, she regrets shouting at him, but she did not know what else to do. She had felt humiliated that her son was such a baby and that other boys seemed so much better adjusted. Most importantly, she had felt helpless and, after three days of Ryan’s clinging, she was at her wits’ end. That was why she had then consulted me, and with my support, she had helped him make the transition to greater autonomy. Reeva wanted this year to be different. She wanted to be more helpful and to minimise Ryan’s distress.

I let Reeva cry and express all her worries. When she settled down, I asked her if she had felt heard by me, understood, and not belittled for her ‘lack of control’. She replied that she felt much better already just because I did not make her feel like a stupid mum who worries about a silly little problem when other mums have much bigger problems to fret over. I explained that this is what she needs to facilitate in Ryan. No matter how immature she thinks he is, to him his anxieties are real and it is vital that he feels validated.

Reeva liked my pointing this out as it gave her something to work with immediately. She understood that she needed to make it safe for Ryan to talk about his fears and that she should not jump in with explanations, reassurances or put-downs. In the past, she would have tried to persuade him that there was nothing to fear, but now she was committed to just listening.

I suggested that once Reeva had ensured that Ryan felt understood, she normalise his fear of change by saying something along the lines of, ‘It is very common for people to be afraid of new situations. Many children feel sick at the start of a new year at school because so many things will be different from last year.’ While feeling validated and having Reeva understand his problem would not alleviate Ryan’s anxiety, it would help him feel more centred and able to expend energy on coping with the problem. It would become a manageable problem with known strategies to assist him.

I asked Reeva to plot what usually happened at the beginning of each school year, on each day. This was easy. Both times Ryan had felt queasy and unsettled for a week before school started. For the first three days of school, he was clingy until he felt secure with the teacher. By day seven he had usually made a new friend and was looking forward to the next day, and by day 14 he felt totally comfortable.

Recognising a pattern is a preparatory tool Reeva can utilise. You see, when a problem is given a name associated with a known process, it becomes easier to bear. It is like having a medical diagnosis and being told what symptoms to expect, as opposed to having no clue about what is wrong. I coached Reeva to describe the process to Ryan as she had done for me. Then, I suggested that she offer some strategies, such as: ‘I noticed last year that when you made a new friend, you enjoyed your day more. So perhaps you could focus on finding a new friend early on.’ Or, ‘Do you remember in Year 1, you felt more secure when your teacher put you in the front row? Would you like me to ask your new teacher to put you in the front row this year?’

Building self-efficacy goes a long way towards gradually decreasing fear in the long term. I explained to Reeva that it was imperative that she points out to Ryan what strengths he showed in the previous years, as this would give him the courage to forge ahead this year. She could make comments such as: ‘Do you remember how in Year 1 you introduced yourself to a stranger? That showed courage.’ Or, ‘In Year 2, I noticed that you walked with your teacher even though you didn’t really want to. That shows determination.’ After making a few comments like these in the week leading up to school, Reeva could look Ryan in the eye and say: ‘Ryan, you are a person who has shown courage and determination in the past and I know that those qualities will help you this year, too’.

Another tool I taught Reeva is what I call the ‘the fire-drill method’. It is very effective and a lot of fun. The way in which it works is that before a child is exposed to a new situation, a parent talks the child through what to expect. This way some contingency plans can be made. For example, Reeva and Ryan can role-play walking into the large school hall and work out the best place to stand and wait for instructions. They can make a ‘Plan B’ that if Ryan does not make a friend on the first day, he can go to the library at recess.

As she left, I asked Reeva what her Plan B was

Breathing and relaxation are standard techniques that are used to relieve anxiety. Reeva can teach Ryan to recognise when his breathing speeds up or his heart starts to race. Once he is self-aware, he can be taught to breathe deliberately and slowly, which will calm him. A simple relaxation method is all that is required. I like the method where one inhales slowly and as one exhales, one verbalises the word ‘relax’. Doing this five times at bedtime and on waking is a great way to train oneself to relax. However, one can do this as many times a day as one needs. The key to success in this, I stressed to Reeva, is practice and repetition.

Some children are more anxious than others. The problem with anxiety is that it becomes a habit physiologically. In other words, if Ryan gets used to responding to new situations with a ‘fight or flight’ response, this becomes habitual. Conversely, if he trains his body to be calm in most situations, this becomes the habit. That is why repetition is essential and needs to be carried out long-term. Another problem with anxiety is that sufferers can develop secondary fears. Simply put, Ryan could become afraid of his symptoms, and this fear could, in turn, cause the symptoms. That is why it is vital for him to realise that he is bigger than his symptoms and that he has the power to override them.

Towards the end of the session, I focused on Reeva herself. I asked how she was feeling. She told me that she felt more normal as she realised that what she goes through with Ryan every year is common and she is not a failure as a mum. She also felt empowered to cope with the problem because I had given her so many simple strategies. Reinforcing her good feelings, I stressed that she would be modelling an attitude that
Ryan could emulate. As his mother and primary caregiver, her coping style and attitude to the problem would go a long way towards helping Ryan. Reeva understood what I meant, having experienced it in the session and realising that so much of parenting is about attitude and modelling.

As she left, I asked Reeva what her Plan B was. She chuckled, finding the question unexpected. After a moment’s reflection she said, “I will take notes of Ryan’s progress and if I feel the need, I will call you again. Every night I will ‘debrief’ to my husband and, if necessary, I will summon up the courage to request that the school have an orientation week next year.”

Great answer, Reeva, and if we meet again next year, we know it will be for just one session, as that is our pattern. And that is entirely manageable!

* Names have been changed.