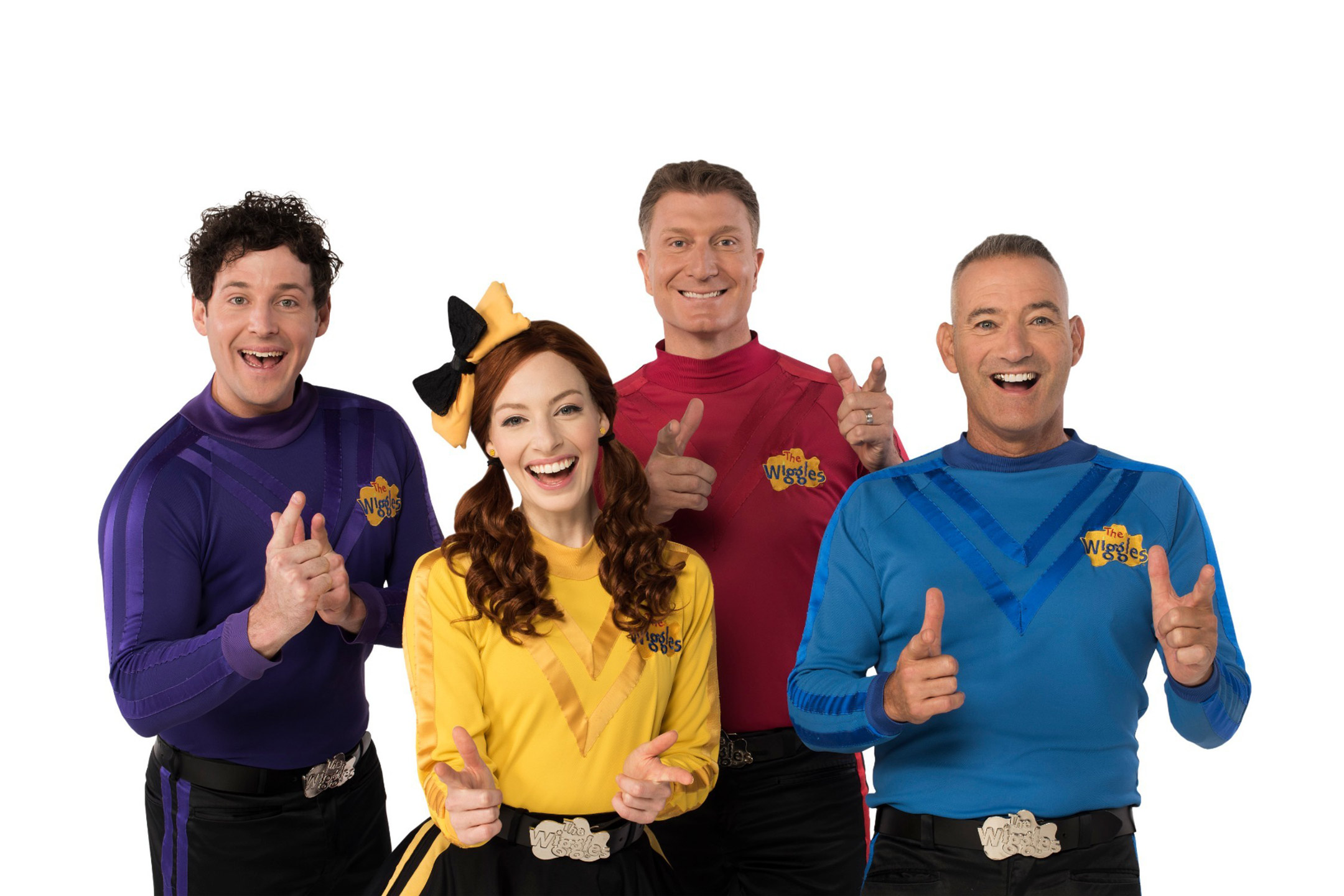 27 Oct Emma is hanging up the yellow skivvy: how the ‘first girl Wiggle’ created a powerful legacy

Posted at 14:05h in Celebrate, Editors Picks by Editor

Liz Giuffre  looks at why the cult of Emma Wiggle became a huge part of Australian (and international) playrooms.

When Emma Watkins took over as “The Yellow Wiggle” in 2012 there were huge headlines. Her casting was a seismic shift for those who grew up loving her male predecessors (Greg Page, and then briefly Sam Moran), but also a challenge to the status quo. As Forbes proclaimed: “the Wiggles are dead. Long live the Wiggles.”

For over 20 years, The Wiggles was headlined by four men. With the first female Wiggle, “the girl with the bow in her hair” and “Emma Ballerina”, the cult of Emma Wiggle became a huge part of Australian (and international) playrooms: 50% of current Wiggles merchandise sales are attributed to her alone.

In her nine years as the Yellow Wiggle, Emma became an obvious favourite and point of difference in the band. As she hangs up the yellow skivvy, it is worth reflecting on just how important her casting was at the time – and what her legacy means for the band going forward.

When The Wiggles started in 1991, it was a massive statement to have four men lead as early childhood role models, musicians, artists and teachers.

The original Wiggles proved Australian men could exist without needing to be in close proximity to a crocodile or sporting field – they could dance, play, and invite their audiences to come along just for the pure joy of it all.

That’s not to say the going was always easy. According to original Wiggle Murray Cook, the group’s iconic “Wiggle fingers” move was actually a deliberate decision made to show where their hands were at all times while working with children.

As musicians, songwriters, performers and innovators, The Wiggles have been hugely successful.

In Australia, they are multi ARIA and APRA award winners, and the original Wiggles Anthony Field, Greg Page, Murray Cook and Jeff Fatt have been awarded the Order of Australia and honorary doctorates from Macquarie University. In January, the group hit one billion music streams across streaming services. For years, AC/DC and The Wiggles vied for the top of the BRW Top 50 Entertainers rich list.

In the early 2000s, The Wiggles won the hearts of America too via The Disney Channel, selling out 12 consecutive shows at Madison Square Garden. They were so well known (and loved) that Tina Fey’s 30 Rock made a hilarious (but not safe for kids!) parody of them, “The Waggles”.

When most of the original lineup retired and Emma, Lachly and Simon came on board in 2012, it was proof the skivvies and songs could live on.

Emma has always made the Yellow Wiggle position her own: bringing something new to the role. From the start, her performances with the otherwise male-dominated group were highly accomplished. A skilled dancer, her focus was often on movement first and sound second – this allowed different ways for audiences to engage.

While all the group dressed up, her flowing skirt and huge bows were clear points of difference. But it was never just the girls doing ballet: the whole extended cast joined in a range of styles and genres from Irish dancing to hip hop. All audiences were invited to participate in these extended styles of movement.

When “purple wiggle” (and former husband) Lachy Gillespie appeared on Instagram wearing an Emma bow he proudly declared “Boys can be Emma”. 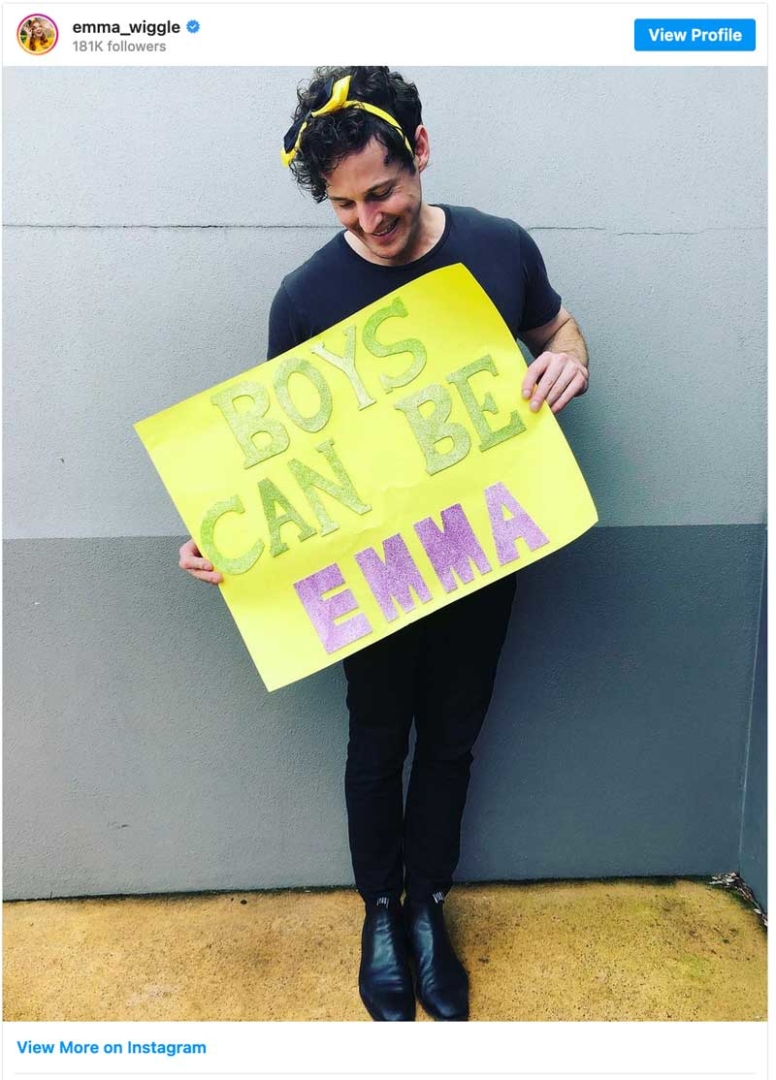 More important than her costumes was Watkins’ advocacy for Auslan and other inclusive practices. Anyone who has ever seen the show, or her self-titled spin off, can at least sign “E, M, M, A” in Auslan.

The Wiggles have entertained generations of Australian children and their families. They are not just “children’s music”: The Wiggles belong to everyone. This is perhaps most true in the other news from today, that the original lineup, the “OG Wiggles”, will be performing again in another series of 18+ shows.

The band is now a truly cross-generational line up: with founder Anthony Field still writing and performing in his late 50s; Lachy and Simon each very new parents; and Watkins’ replacement 16-year-old Tsehay Hawkins, a wonderful dancer and performer who has already appeared with the group as part of their earlier broadening this year into an eight-piece main cast for “Fruit Salad TV”.

The cast of eight also reflects a changing and increasingly culturally diverse Australia. While politician Matt Canavan criticised the expansion as The Wiggles “going woke”, for many it was proof that representation matters not just for children, but for the adults (and artists) they become.

There is no question that positive and diverse role models influence audiences of all ages, but especially those of pre-school age.

Onto the next generation

As a parent, I can’t wait to see how The Wiggles continue to grow, as the next Wiggle girls appear on screen wearing pants, riding skateboards and leading the songs.

So, Emma Wiggle: thanks for everything. Thanks for literally being up with us while everyone else is asleep (either with a baby who is up very late or a toddler very early). And thanks not just for the little kids – but for the comfort you and the other Wiggles continue to give to us bigger kids too.