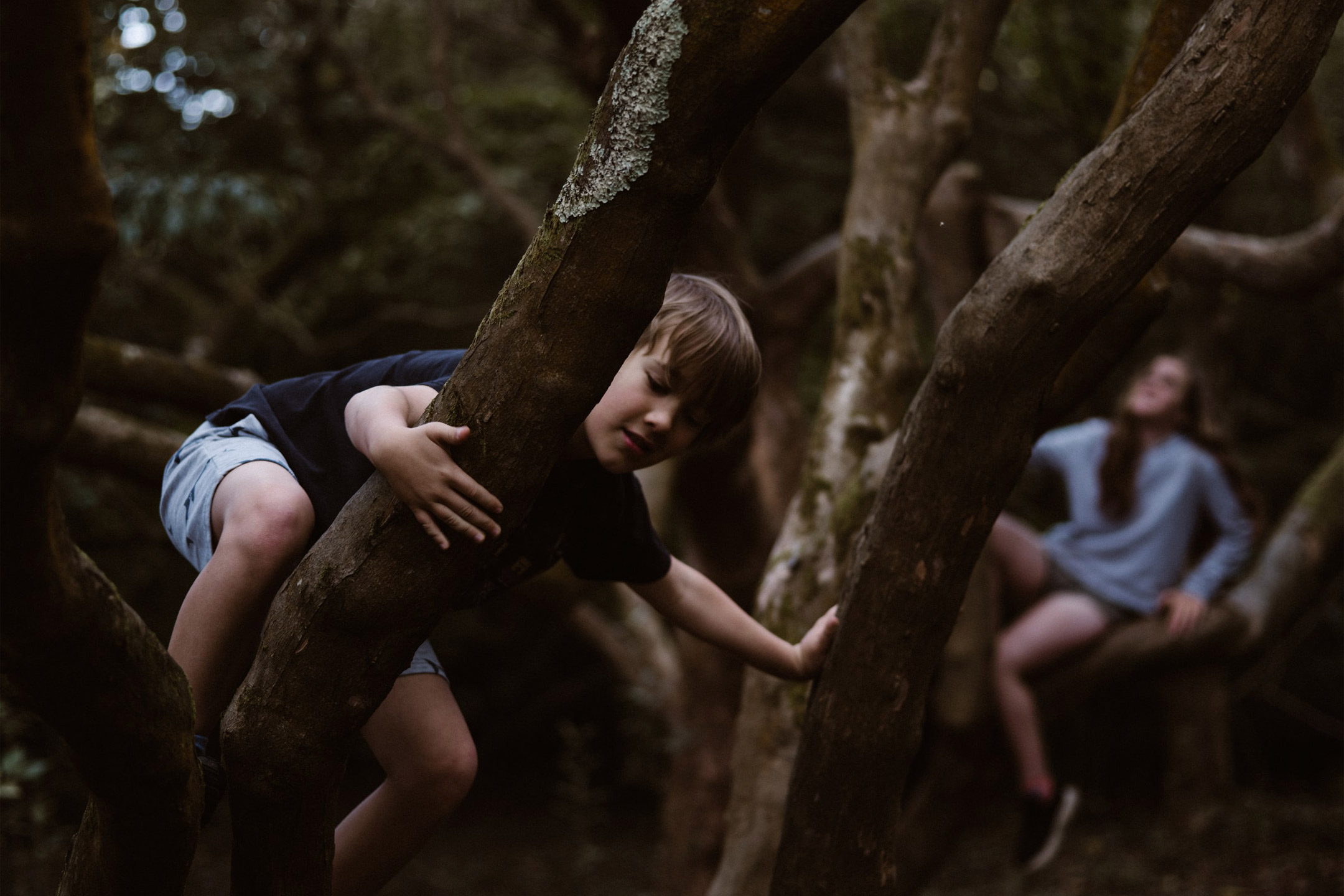 20 Apr Exploring the knock-on effects of taking A Risk

Posted at 23:11h in Validate by Staff

Ken Eastwood looks at examples of children who are allowed to be adventurous and explores the knock-on effects.

Like a cartoon character, my daughter’s legs concertinaed. She’d been standing at the edge of a cliff, exactly where I’d directed her. In that split second as Zoe crumpled, screamed and fell, my heart jumped off the cliff with her. But I wasn’t that concerned for her physical health. She was in no real danger. I was teaching her to abseil, and as an experienced outdoors junkie I knew I’d set the ropes correctly, and had her ‘on belay’ so could easily catch her fall with a second attached rope. But had I pushed a 10 year old too far? She’d said she wanted to abseil, or so I thought. Had I pushed her into it? Would she be psychologically scarred by such a traumatic experience?

A growing body of research shows quite the reverse – kids who have adventurous experiences, where they move beyond their comfort zone, are the ones more likely to excel. And not just physically – the ability to take sensible risks can have an impact on academic and social success.

“If a child doesn’t do these things and step out of their comfort zone, they are going to stagnate, they aren’t going to develop,” says Dr Helen Little, lecturer at Macquarie University’s Institute of Early Childhood. In 2005, while doing research for her doctorate, Little noticed a trend where parents gave a blanket ‘no’ to their children who wanted to take risks such as climbing trees, or walking around the outside of the playground equipment. “They weren’t thinking ‘Why am I saying no? What is the issue, and is it really an issue?’” she says.

Little says although the term ‘risk taking’ often has negative connotations, the reality is that the willingness to engage in some risky activities provides opportunities to learn new skills, try new behaviours and ultimately reach our potential. “Challenge and risk, in particular during outdoor play, allows children to test the limits of their physical, intellectual and social development,” she says. However, many parents have a dilemma when it comes to risk taking. “Parents want their children to do these sorts of things, but in some cases they’re not sure how to, or not sure how it will be received by others. There is this feeling they will be deemed to be bad parents.” She cites the example of Lenore Skenazy, who in 2008 wrote in The New York Sun about letting her nine-year-old son travel the subway on his own. Skenazy was virtually accused of child abuse. 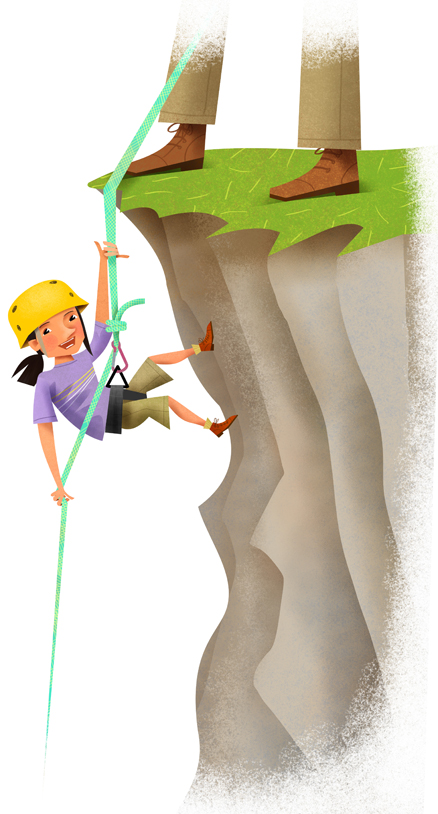 Researchers have shown that irrational fears of ‘stranger danger’ and that kids might get hurt have become dominant in parents’ minds, meaning that many parents no longer let their children push boundaries, or even play down at the local park on their own.

Research in 2003 led by New Zealand childhood researcher Alison Stephenson showed that children who were open to taking physical risks were more open to taking on challenges in other areas. Little observes that such children are happier, academically, to try the more difficult puzzles and tasks, and are more confident about entering unknown social groups.

Heroic role models in recent years include Jessica Watson, who at 16 became the youngest person to sail solo around the world, and was awarded Young Australian of the Year in 2011. Despite criticism, her parents Roger and Julie were unflagging in their support of her attempt. “It would be devastating if we lost her, but I still think it would be worse to say ‘No, you can’t go’ because of that risk, because of what she’s put into it,” Roger told 60 Minutes.

When he was 15, Sydney mountaineer Christopher Harris attempted to become the youngest person to climb Mount Everest. He still holds the record as the youngest person to climb Mount Cook in New Zealand, when he was 12. Christopher is now 21 and runs a scaffolding business. His father Richard believes Christopher’s extreme adventures have made him a great businessman. “If you’re used to dealing with fear, you can deal with anything,” Richard says. “He doesn’t have a fear of failure so much. He doesn’t have a fear of talking to people.” When Christopher had to pull back on Everest because of breathing difficulties, Richard was as concerned as any parent would be. “But to not allow your children to do things because you’re constantly worried about them getting hurt is only going to hold them back,” he says. “He wanted to do it, he had the ability to do it. Things didn’t go to plan, but we had an alternative plan. It was a calculated risk.” Richard is now hoping to help his youngest son, 14-year-old Ben, walk to the South Pole.

In Kenilworth, Queensland, Sharon Cogbill watched her son Davey saddle up his horse to compete in his first 320km, four-day race when he was just nine. “That first year wasn’t as worrying, because he had to ride with an adult chaperone, so there was always someone with him,” she says. Davey and his chaperone won the event. “The following year he didn’t need to have a chaperone, and didn’t want one,” says Sharon. “I was a bit concerned, but by then he had another year under his belt.” Davey won that race, too. Sharon says she occasionally worries about him if he’s late coming into a checkpoint. “You start thinking ‘is the horse okay?’ and ‘I hope they haven’t had a fall’, and then you start worrying about Davey.”

Now 14, Davey has won several horse-riding events, including the Tom Quilty Gold Cup National Championship Endurance Ride. This year he will compete in events that will give him a world ranking. “He works hard and gets the benefit of that hard work,” says Sharon. “He needed something that would really tax him. He plays footy, cricket and all that, but because of the person he is, he needs that independence. Some kids need something a bit more.”

Sharon says Davey had speech and hearing difficulties as a young child, and consequently had a lot of behavioural difficulties. Riding made a difference. “When we put him on a horse, he was calmer, more relaxed. He didn’t need to talk when he was on the horse. He didn’t have to communicate with speech. He got some independence and it was good for him to have some sort of responsibility and discipline.” Although he has had some bad falls, Davey hasn’t broken any bones.

However, not every risk-taking child is as fortunate. Eight-year-old Martin Sellar of Sydney enjoyed climbing onto and jumping off the roof of his cubbyhouse – until last year when he landed awkwardly and broke his wrist in two places. But his mum, Alison, doesn’t regret her decision to allow him to take a few risks. “It’s good, it’s healthy. You want kids to be adventurous and try new things,” she says. “They learn there are always consequences to your actions. I don’t think he’ll jump off the cubby again. I also think it teaches them about taking risks in future. When you’re a kid, it’s about jumping off a cubby; when you’re older it’s about drink driving or drug taking.”

Helen Little says what constitutes ‘sensible risk’ varies from child to child, depending on their particular skills and abilities. There can also be legal, as well as physical, limits. For example, in Europe children as young as eight are allowed to scuba dive, but that’s not the position of Australia’s South Pacific Underwater Medicine Society (SPUMS). “We don’t recommend diving under the age of 14 years, and require a strict medical check and parental approval between 14 and 16 years,” says SPUMS president, Associate Professor Michael Bennett. “Children are not little adults with smaller frames. Does the child have sufficient maturity to learn about the danger of breath-holding with compressed air? How well does the child handle stressful situations?”

Little says research consistently shows if some children aren’t given the opportunity to take some calculated risks they will create their own, in a less-controlled manner. In one case, children offered playground equipment they considered unchallenging climbed onto the shade cloth and used it as a ‘trampoline’. She advises all parents to push their kids a little. “Within what you know of your child’s capabilities, get them to move out of their comfort zone, not just physically, but socially.”

My daughter Zoe and I sat on the edge of the cliff for a long while that morning, talking about fears and how to deal with them. Eventually, with lots of encouragement, she decided to have another go at abseiling. And she did so successfully. She beamed up at me, her eyes sparkling with the achievement of overcoming her fears, completing something she didn’t think she could. She loved it so much she immediately wanted another go. By the third time, she was so confident and in control I just supervised her as she tied her own knot and abseiled without my assistance.

It’s hard to say who was prouder.