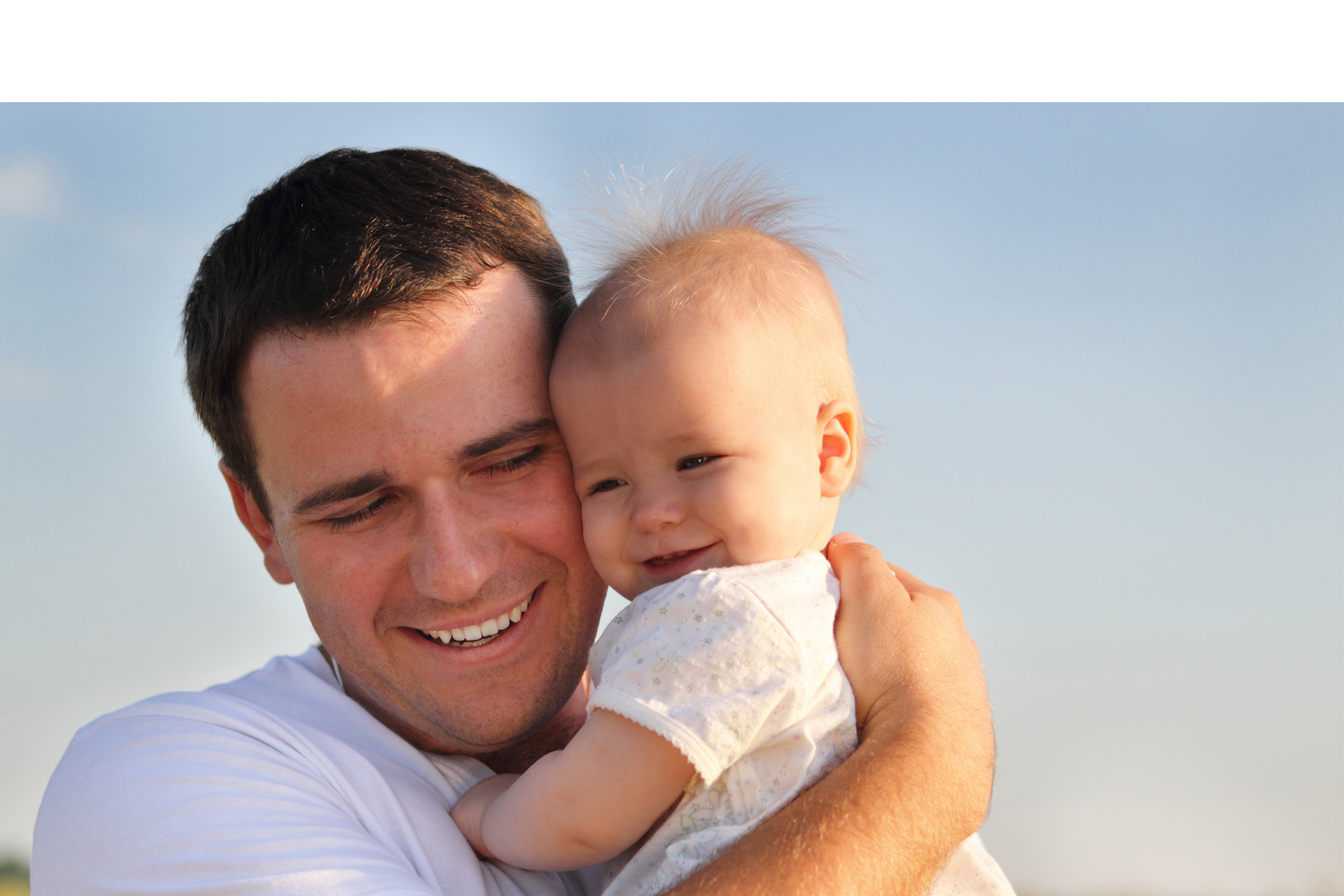 While it has long been recognised that as many as 15 per cent of new mothers may experience a period of depression after the birth of a child, Kylie Ladd explains that postnatal depression affects fathers as well as mothers.

There is a stigma attached to PND for both genders, but particularly men… We need to start talking about it to remove that, and so men aren’t ashamed to seek help.

When Richard’s first child, Jason, was born he couldn’t have been happier. “Jason was a much planned-for and wanted baby,” he says. “My wife Carly and I had been married for a few years, we had our own home and good jobs – the time was right to start a family and we were both looking forward to it.” Jason’s birth went smoothly and for the first week or two, all was well. “I remember feeling absolutely euphoric,” Richard recalls. “Here was this gorgeous baby, and, wow, I’d helped make him.”

But by the time Jason was two months old, Richard was struggling. “In retrospect, it was as if the high had just worn off, and I plummeted,” he says. “Naively, I had thought Jason would just slot in and life would continue as before. But it didn’t. Carly was always tired – I felt like we never had time to talk or cuddle or have some space to ourselves. And Jason was always crying, needing her, and I didn’t know what to do.

To make matters worse I was meant to be managing a big project at work, and started feeling anxious about that too – only I couldn’t talk to Carly about it, because she had enough on her plate, and I couldn’t sleep between Jason’s squalling, and worrying about work.

I gave up my indoor cricket team, so I could help out more at home, but Carly and I just ended up snapping at each other. Soon I didn’t want to go home at all. I felt like I’d lost my wife, I had a child I didn’t like all that much and my life was over.”

Some people argue that paternal postnatal depression does not exist

While it has long been recognised that as many as 15 per cent of new mothers may experience a period of depression after the birth of a child, researchers are beginning to realise that this condition can afflict men too. “Some people argue that paternal postnatal depression does not exist because men do not go through the physiological changes of pregnancy and childbirth,” says Dr Nicole Highet, Founder of COPE and a psychologist specialising in postnatal depression (PND). “We now know, however, that hormones do not play a significant role in the development of PND – for example, there have been a number of documented cases in adoptive mothers. Rather, PND often arises in response to the major life changes associated with having a baby, and these can affect fathers just as much as mothers.”

Postnatal depression usually develops in the first year after the birth of a child and is characterised by feelings of sadness, anxiety or depression lasting for more than two weeks. Symptoms are generally similar in men and women. These include irritability, feeling unable to cope, loss of confidence, anger or resentment, lowered energy and social withdrawal. Men with PND also report difficulty in concentrating at work, disturbed sleep or appetite, and feeling inadequate or as if they are failing their partner and child.

Depressed fathers are less likely to read, play or interact with their children

Left untreated, paternal PND is associated with an increased risk of both substance abuse and relationship breakdown.

Studies have also found that depressed fathers are less likely to read, play or interact with their children and that such children have a significantly increased risk of behavioural and emotional problems later in life.

Estimates of the incidence of male PND range from between five and 10 per cent in community samples to about 50 per cent among men whose partners are also depressed. Exact figures are hard to determine, however, because the condition can be difficult to diagnose. “I suspect that a lot of male PND goes unidentified,” says Lindy Plehanoff, counsellor and crisis worker “New fathers are not being seen by their GP, health-care worker or midwife in the way new mothers are, where these problems are often picked up. They are also less inclined to talk about emotional issues – they want to appear as if they are coping.” As a result, many are reluctant to seek help, with Dr Highet noting that only about 15 per cent of calls to beyondblue are made by men. “I had nowhere to turn,” writes one father in response to an instalment of an online Australian newspaper blog dealing with male PND. “It [wasn’t] ‘manly’, it was weak girly sissy-namby-pambyness. The guilt and shame made it worse.”

Experts believe that a number of factors can contribute to male PND. “The transition to parenthood is a stressful event; a time of upheaval, exhaustion and worry. It’s not always everything the margarine commercials say it is,” suggests Lisa Fettling, a counsellor specialising in PND and author of the book Postnatal Depression: A practical guide for Australian families. “Becoming a parent is a major life change for a woman, but we tend to forget that it’s a major life change for the father too, and they might also need some support.” Fatigue, anxiety, increased financial pressures and an altered marital relationship can all have an effect. As another respondent to a blog writes: “Initially, I really resented my loss of freedom, loss of sleep, lack of attention from my wife, all the crying, the frustration around bath and feed times…Having kids is wonderful. Getting them through the first year of life is rough.”

‘Mums with PND can be bloody awful to live with’

Another major cause of male PND is having a partner with the condition. In what a recent paper on the subject describes as “a contagion of distress”, men whose partners are depressed are significantly more likely to develop PND than those who are not. “Mums with PND can be bloody awful to live with,” says Lindy Plehanoff, who has had two bouts of the illness herself. “They cry, or withdraw, or shout; their partner has no-one to talk to, no source of affection or intimacy, and doesn’t know what on earth to do to fix things… no wonder so many end up sick themselves.” Tom, a father of two, remembers developing PND after the birth of his first child.

“My wife Justine got depressed and changed completely. She couldn’t look after the baby or even get off the couch, and before long I was feeling the same way. I’m embarrassed to say that if she had coped I think I would have too, but it was all so overwhelming.”

Men with a family or personal history of depression or mental illness are also more prone to the condition.

There is some evidence that the incidence of male PND is increased among couples who have had difficulty in conceiving (including the use of fertility treatments), or when there has been a complicated pregnancy and/or a traumatic delivery. “Some men find labour and delivery terribly distressing, particularly if things don’t go to plan,” says Lisa Fettling. “Their partner is in dreadful pain, there is little they can do, they don’t know what is going on… I counselled one man whose parents had both died in hospitals in the previous few years, so he already had an aversion to them.

When his wife required emergency intervention during childbirth, he had a major panic attack and subsequently developed PND.” Men with a family or personal history of depression or mental illness are also more prone to the condition.

Treatment for men with PND is very similar to that for women and may include counselling, cognitive behavioural therapy, antidepressant medication or a combination of approaches. Professionals in the area are increasingly realising, however, that men with PND have particular needs. Most traditional services are office based, and only available between nine and five, when many men can’t access them. We need to make such services more man-friendly, available out of hours and community-based.

A study conducted by Murdoch University in Perth found that after attending a six-week group-treatment program, men with PND reported lowered levels of depression and stress, and had valued highly the opportunity to share experiences and strategies with others in the same situation. However, as Lindy Plehanoff notes, it can be difficult to convince men who are already feeling isolated and bad about themselves to attend such groups. It is essential that the illness is treated as the couple’s issue right from the start. “As soon as I see a woman with PND, I ask her to bring her partner to the next session, because chances are he has PND too or is at risk of developing it,” says Fettling. “Neither can recover without the support and understanding of the other…I aim to get them talking to each other rather than feeling alone in their despair.”

It may be, though, that the best way to manage both male and female PND is to reduce the risk of it occurring in the first place. To this end, health workers agree that greater education about the condition and the sometimes difficult transition to parenthood is needed during the antenatal period. “There is a stigma attached to PND for both genders, but particularly men,” says Nicole Highet. “We need to start talking about it to remove that, and so men aren’t ashamed to seek help.”

“The topic is simply not addressed in any detail,” adds Lindy Plehanoff. “We have tried for years to get a small component on PND into antenatal classes, but have been told over and over again by the powers that be that if we do mention it, it will scare people or even bring on the condition. Yet early intervention can make such a difference – both men and women should be taught what to watch for, and how and when to seek help.” Lisa Fettling agrees. “Men need to be given practical guidelines, told what they can do – not how they can help at delivery or how to change a nappy, but to look out for behavioural changes, monitoring their own or their partner’s mood and ability to cope. They would also benefit from talking about what to expect: that no matter how much they love their children, there will be times when they feel tired and frustrated, or resentful that their life or relationship with their partner has changed. Ideally, we must equip couples to deal with the stresses of parenthood right from the start, rather than coming in later to pick up the pieces.”

*Some names have been changed.