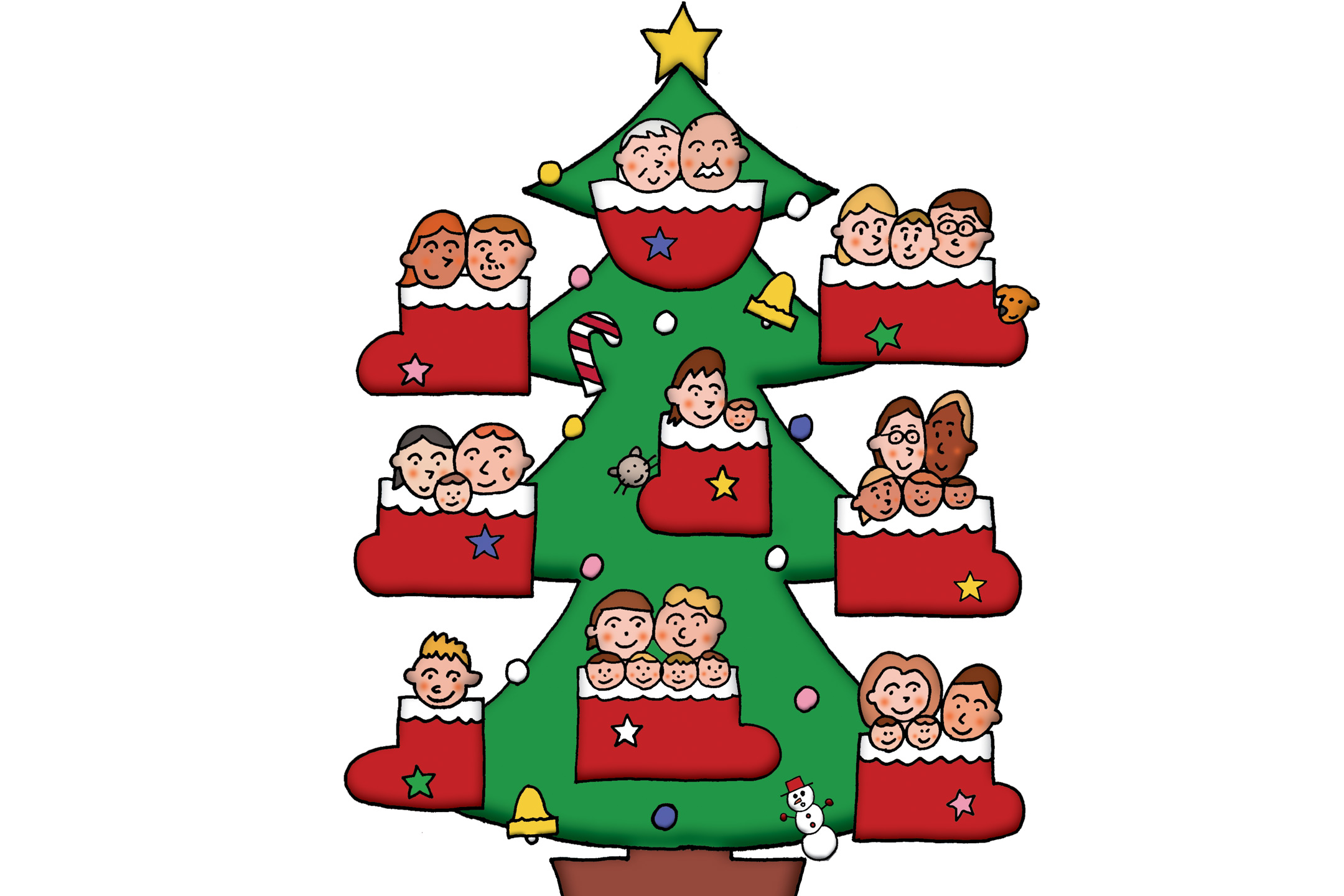 Posted at 11:36h in Celebrate, Editors Picks by admin

It’s nice to sit on a beach and watch my girls play with their team of cousins, knowing that they will all share the same fond memories of Christmas, writes Joseph Kelly’s who finds his large family holidays at Christmas have come full circle.

Having emigrated from Ireland to Australia in 1973, my mum has always been fascinated with exploring every dusty inch of the country. So, each Christmas she would load all eight of us kids into the Urvan and we would travel to some remote and distant location.

After several hours of hard driving in the middle of summer, we would parade out of the van to be presented as conversation fodder for passing locals. “No, we’re not a singing troupe,” my sister Helen would explain. “Yes, we are a big family,” Mum would agree. “Can I go home now?” I would ask.

But, to Mum’s credit, she never gave up. Every year we would head to a different destination, every year the van would overheat and every year all eight kids would complain.

When I hit my awkward teenage years, these family holidays went from being mildly uncomfortable to totally embarrassing. No teenager likes being seen with their parents when they’re on holidays, but when your family looks like an Irish version of the Von Trapp Family Singers the embarrassment is compounded. And when your family suddenly doubles the population of a town, it’s hard to escape scrutiny.

All of this came to a head one year when Mum took us to spend Christmas at a former monastery near the coast. The monastery was inhabited by a retired monk who, having had his nerves irreversibly frayed doing the Lord’s work in the jungles of South America, saw this caretaker role as a welcome chance to rest. Then my family arrived.

That Christmas has become a part of my family’s folklore and the story has been told so many times that I can’t readily separate fact from legend. But I do remember a football-shaped hole in the large stained-glass window, which mysteriously appeared the day after we arrived. I also have a strong recollection of the fire that claimed the gas barbecue and the pergola. And even though she denies it, I’m pretty sure it was Mum who played with the thermostat of the industrial freezer, which led to the spoiling of the town’s Meals on Wheels Christmas dinners. Although my brother John likes to finish the story by saying we were chased out of town by pitchfork-wielding locals, I’m pretty sure we knew it was time to go when the ambulance came and took the caretaker away for a ‘rest’. The next year Mum started a new tradition of hosting Christmas at home.

By the time I was in my twenties, Christmas had evolved into a low-key and fractured affair, with my time being divided between my family and my wife’s family interstate. For a few years we tried the one-year-your-family-one-year-mine model that has served couples faithfully for centuries. But when we had kids a few years back, this model became harder to follow. It seems that there is some divine right bestowed upon grandparents that entitles them to see their grandchildren on Christmas day. And while I’d be quite happy to have lunch on one side of Australia and dinner on the other, this pace of travel does powerful things to kids. Add to this mix the excitement of Christmas, an early start, a big lunch and air travel, and it’s not hard to see why your little angels turn into screaming banshees. Obviously we had to find some middle ground.

So, a few years ago, my wife and I decided to regain control over Christmas. We booked a house in a small seaside town and told our respective families that they were welcome to visit us over Christmas. That year my wife’s parents came and stayed for a night. The next year we returned to the same town and my wife’s parents rented a house down the road. Several of my siblings also rented houses in the area and we had Christmas dinner in a park overlooking the sea. Last year, not only was the town invaded by all of my siblings and their hordes of kids, but my wife’s siblings also entered the fray. Four new babies will add to the numbers this year; at last count that will make 31 for Christmas dinner.

While I still haven’t quite got used to the attention attracted by a big family in a small town, I have traded my embarrassment for family pride. It’s nice to sit on a beach and watch my girls play with their team of cousins, knowing that they will all share the same fond memories of Christmas. There is also something uniquely relaxing about knowing that, if I need to have a quick nap under the beach umbrella, there are at least a dozen other parents keeping a watchful eye on my girls. In fact, it’s so relaxing I sometimes wonder whether we should invite a certain retired monk to come and share Christmas with us.