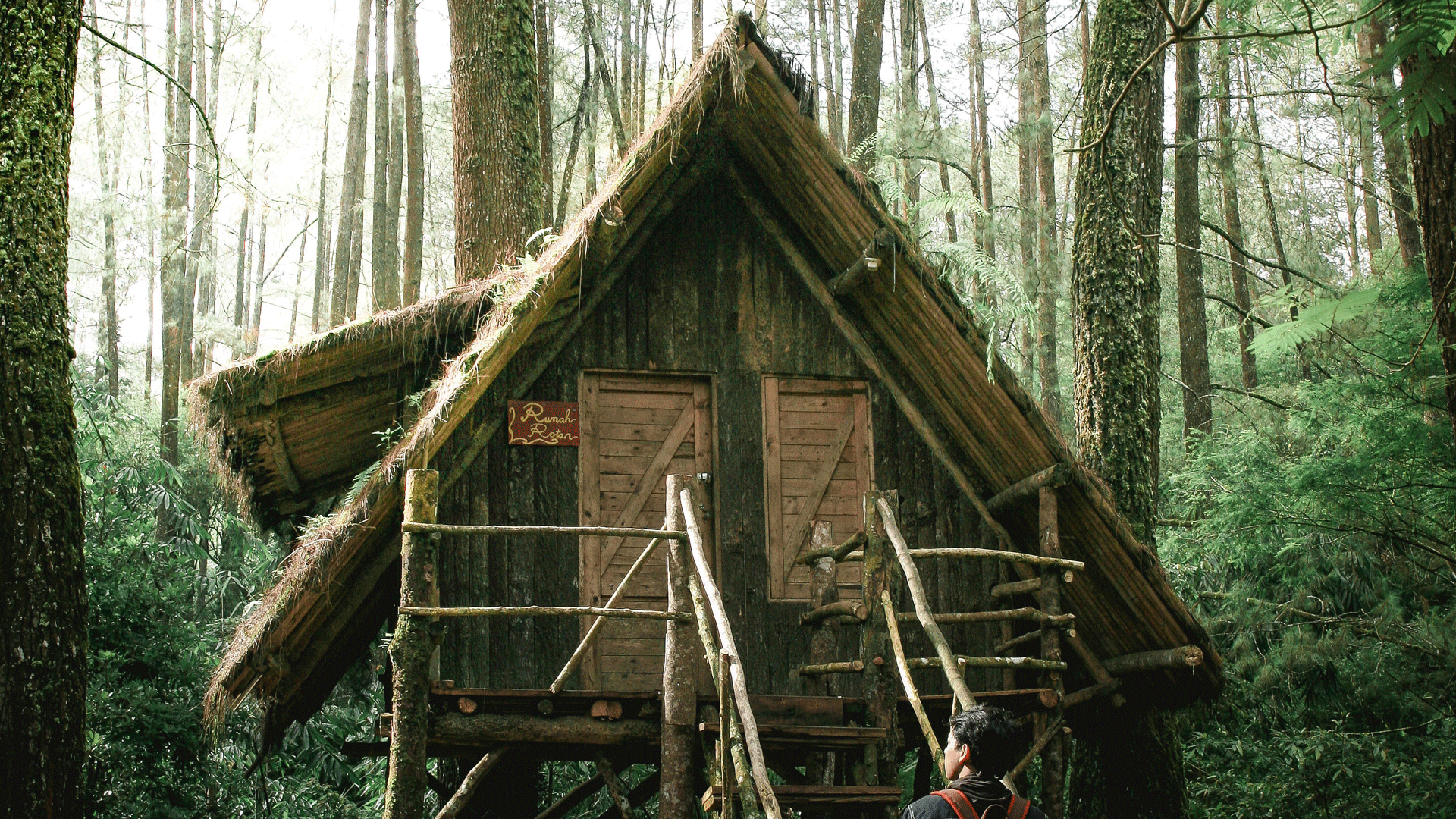 Posted at 19:30h in Inform, Inspire by Guest Contributer

From Enid Blyton’s Magic Faraway Tree to the Swiss Family Robinson’s hand-built home, Bron Bates has been enchanted with treehouses ever since she was a child. She’s hunted down five amazing Australian tree dwellings you can stay in.

When I was a kid, if I wasn’t climbing a tree or building cubbies and forts, I was enjoying books with treehouses in them. I listened to Disney’s Swiss Family Robinson read-along book on cassette over and over, studying the treehouse in the book closely. Enid Blyton’s Magic Faraway Tree series and Hollow Tree House were firm faves, and I’d flip purposefully to the page picturing the treehouse up a eucalyptus tree in Norman Lindsey’s The Magic Pudding.

One of the appeals of the treehouse were the promises of the freedom it held. It was a kid-built, kid-run universe where make-believe things were possible.

Even though I’ve grown up, I’m still enchanted by the magic of a house in the trees. Here are five that would be fun to visit:

Just big enough for two, you can rent this cute little backyard house among the trees in Mullumbimby near Byron Bay.

If you visit the Rose Gums Treehouse, you may also be able to take a walking tour of traditional country at the Malanda Falls with Ngadjonji elder, Ernie Raymont. Bring the kids and stay in one of nine fully self-contained timber treehouses with king beds, spa baths and balconies.

Set on the banks of the Ithaca river, these luxury timber and glass treehouses have bathrooms, kitchens and hammocks. Visitors to the Canopy Treehouses can also expect to see cassowaries, rare Lumholtz tree kangaroos, red-legged Pademelon wallabies, brushtail possums and northern bandicoots.

Silky Oaks Lodge boasts a fancy  Treehouse Restaurant and Healing Spa along with luxury treehouses. This destination lends itself more to a weekend away for grownups, but kids over eight are also welcome.

Complete with spa, kitchenette and fireplace, it’s pretty cool hearing what award-winning owner/builder Lionel Buckett has to say about the creative process of building this magical creation (check it out in the video above).  You can stay in this one room treehouse set in 600 acres of private Blue Mountains bushland by booking it on Airbnb.

Do you have any other Australian treehouse destinations to recommend? I’d love to hear.