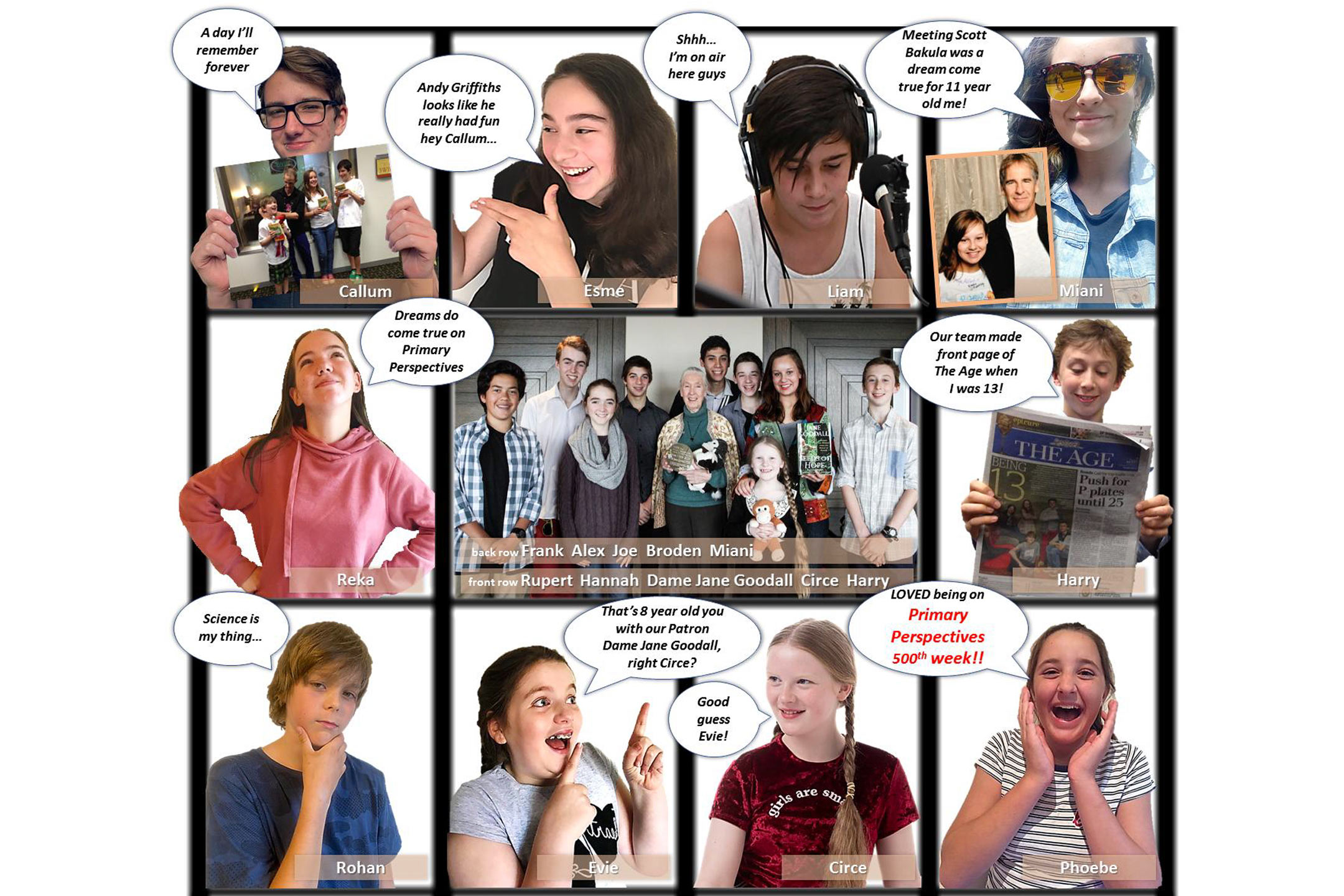 Posted at 09:38h in Celebrate, Inspire by admin

With a 500 week-long track record of enriching content and A-list guests from all over the world, plus training over 80 young broadcasters throughout the last 10 years, Primary Perspectives now enters its second decade of award-winning youth radio in 2020.

The program has listeners on every continent and has been broadcasting nationally weekly via CRN – Community Radio Network – since 2012, the year the show won the CBAA Award for Best New Radio Talk Program.

With Primary Perspectives also broadcasting 4 times per week on the School Broadcasting Network’s global online station Funky Kids Radio, which in turn streams on 13 other online radio platforms around the world, the show is heard across more than 60 combined time slots each week globally!

For this special 500th week broadcast (via CRN and Funky Kids Radio during 3rd-8th March ‘20) senior hosts Miani and Reka catch up with some old team mates Harry, Callum, Liam and Circe (who was the youngest team member ever; joining the show at just 7 years old), as well as welcoming 4 new junior team members – 11 year olds’ Esme, Evie and Phoebe, and 12 year old Rohan.

To quote Tom Gleisner ”Primary Perspectives is one of my favourite radio shows. The kids who present it are all well researched, enthusiastic and articulate.”