12 Oct From Frozen Peas To Handstands – A Breech Journey

Posted at 04:45h in Inform, Validate by Guest Contributer 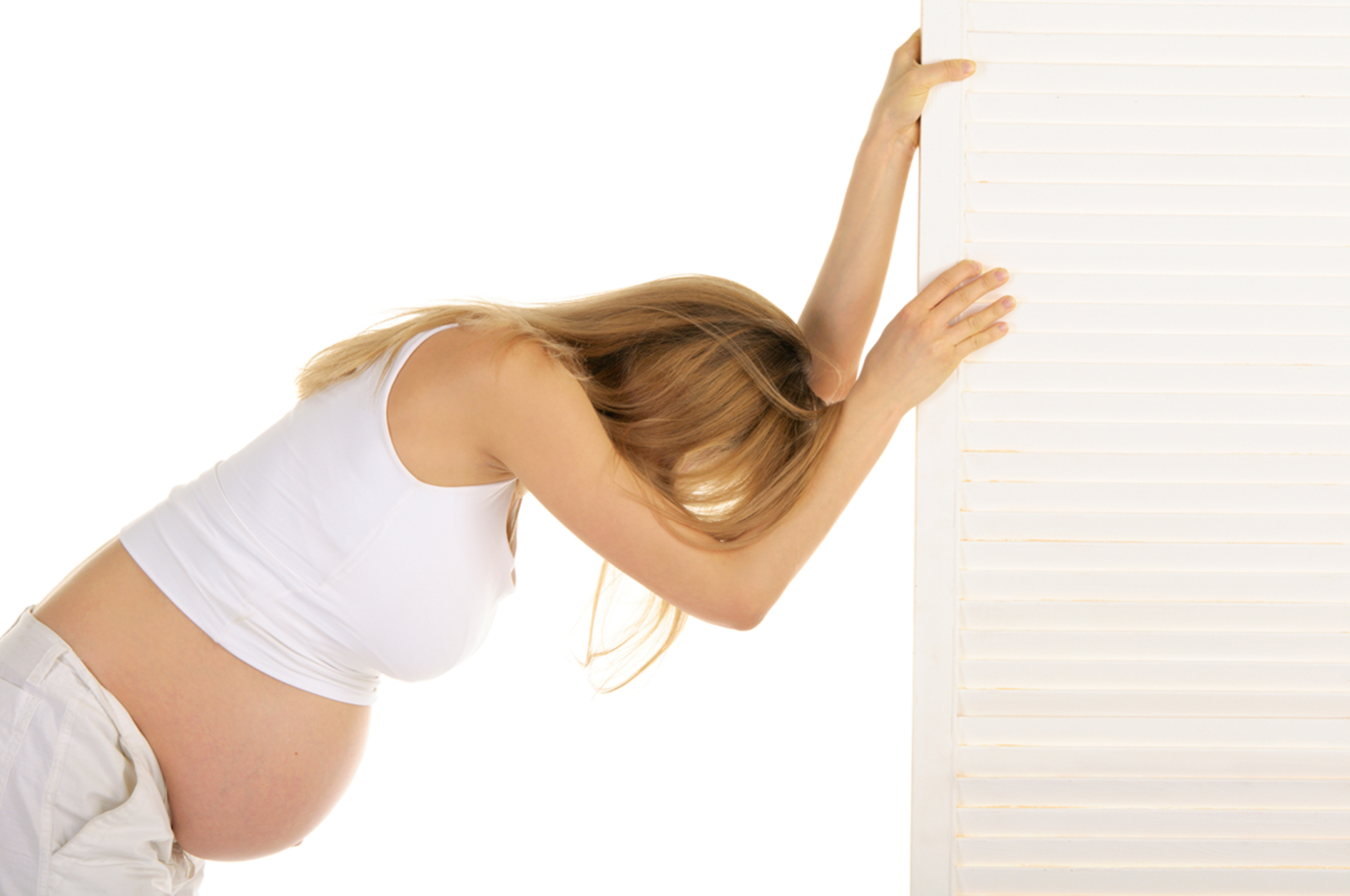 How one woman tried (quite creatively) to turn a tricky situation around when, at 35 weeks’ pregnant, she learned her baby was in the breech position.

After two trouble-free pregnancies and births, to find out at 35 weeks that my third child was breech was a shock to say the least – although it did go some way to explaining the hard, uncomfortable lump just under my ribs (which was my baby’s head rather than her bottom, as I had assumed).

Some breech babies spontaneously turn around without assistance. But others, such as mine, require help to move into a head-down position.

After my baby’s breech position was confirmed by ultrasound, I was booked in two weeks later for external cephalic version (ECV) – a procedure that involves an obstetrician manually rotating the baby by applying pressure to one’s stomach.

I decided to try to turn the baby myself before this procedure, as I had heard varying reports about ECV, ranging from it being uncomfortable to downright painful.

So began my adventure into the world of turning, or in my case, attempting to turn, a breech baby.

And given that my two other children were born at 38 and 39 weeks respectively, my deadline loomed large.

The midwives at the hospital made a number of suggestions – from spending 15 minutes every two hours with my bottom in the air and head on the carpet, to duck dives and handstands at the local pool. I did both with great vigour and dedication, but still my baby stayed put in an upright position.

I tried yoga, acupuncture and a procedure called moxibustion, which involves holding burning sticks of the herb mugwort, or moxa, close to your little toe. According to traditional Chinese medicine theory, this has a tonifying and warming effect that promotes movement and activity.

The moxa caused my house to stink and my baby to leap around, but still she did not perform the required somersault.

After many hours googling other home remedies, I tried placing a packet of frozen peas on my stomach close to the baby’s head and a warm heat pack near my groin to try to encourage her to flee the discomfort of the cold and head for the comfort of the warmth.

But, apart from getting a little cranky, my unborn daughter stayed put. Other suggestions I found online included holding a torch or playing music near my groin to encourage the baby to turn. I also tried positive-visualisation exercises and talking to my baby, explaining what I wanted her to do.

My five and three-year-old daughters particularly loved this activity, shouting into my bellybutton whenever they had the chance,

“You’re the wrong way around. Turn around, turn around baby!”

I visited my chiropractor for a specific adjustment known as the Webster technique, which is intended to restore pelvic balance, and I thought it might better enable the baby to move into the pelvic area. The adjustment certainly made me feel better, but my baby’s position remained unchanged.

I began to worry she would be born with finger impressions in her head from all the poking and prodding to which I was subjecting her.

In the end, it came down to the ECV. I had some factors in my favour for this procedure, including being on the taller side of average, having a good amount of amniotic fluid around the baby and not carrying too much weight.

Before the ECV, our baby’s heart rate was monitored and an obstetrician undertook a comprehensive ultrasound to confirm the placement of the umbilical cord and placenta. Both need to be in a good position for an ECV to proceed, so there is no danger to baby or mother. The ultrasound also showed the uncomfortable position into which our baby had got herself – sitting in my pelvis with one leg tucked under her and the other stretched out towards my left hip.

I was then injected with Ventolin to relax my uterus before the obstetrician began to encourage our baby to turn – first by lifting her bottom out of my pelvis and then firmly pushing her head into a forward-roll position.

I had watched a few ECVs on YouTube beforehand, so I had an idea of what we were in for – but my husband had not.

He quickly proved there is some truth to the adage ‘forewarned is forearmed’ as he watched my swollen stomach being forcefully twisted and pushed about, with his hands partially over his eyes. He squeezed my hand harder than I did his.

We were lucky, and our baby slipped into a head-down position after only a few minutes.

She then proceeded to jump and dance about inside my stomach – I think in celebration of her newfound comfort – for the next few hours. It also made an immediate difference to my comfort levels – without so much baby up under my ribs I felt less queasy and more comfortable and mobile than I had in weeks.

It’s a week later, and I continue to check my stomach every few minutes to ensure she’s still in a head-down position – so far so good. I guess all that’s left now is to wait for labour to begin.

Note: This article provides general information and in no way constitutes medical advice. Ideas and information expressed may not be suitable for everyone. Readers wishing to obtain medical advice should contact their own doctor.