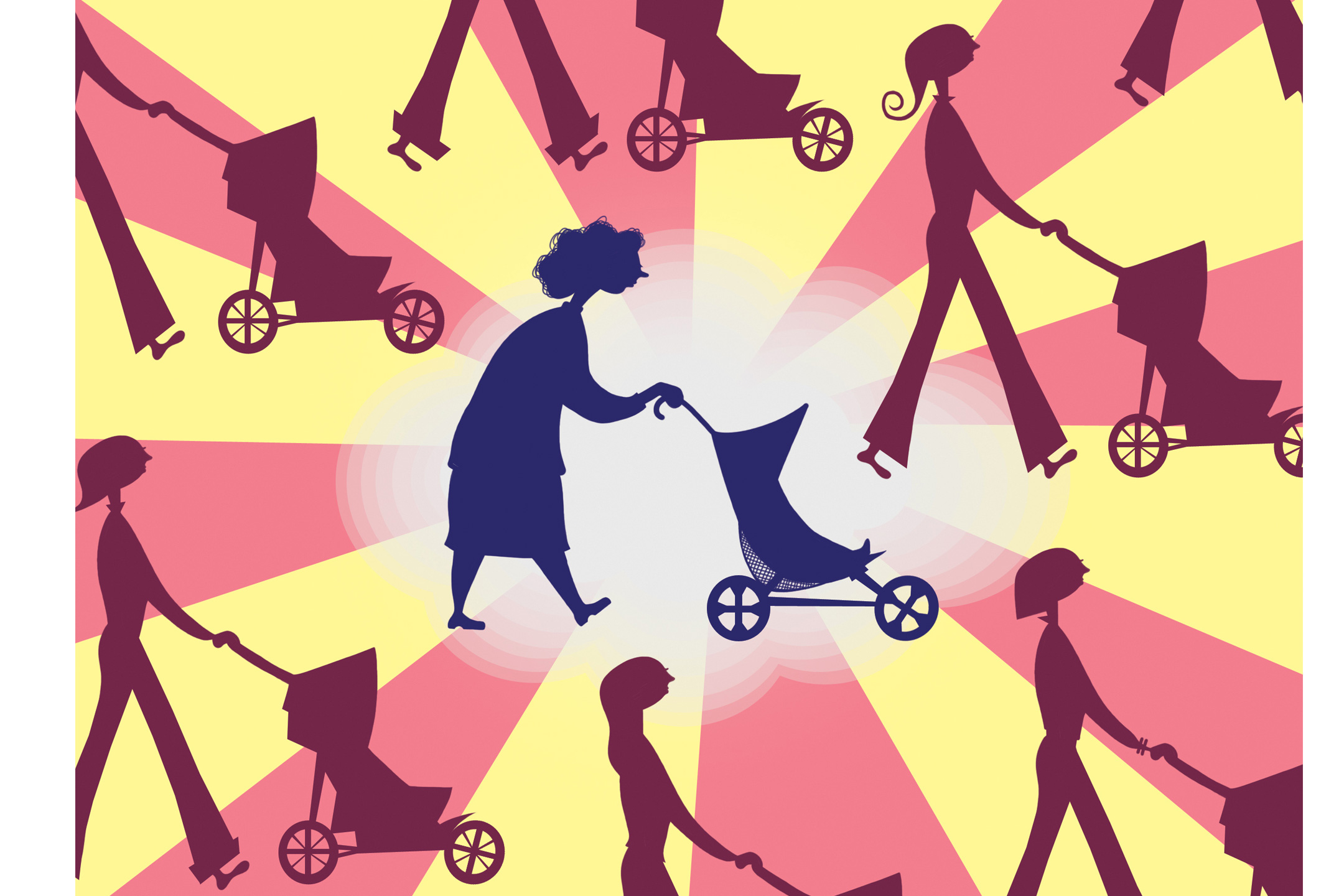 Posted at 11:04h in Inform, Validate by admin

Deanne O’Keefe was given full-time care of her grandson nine days after his birth. His mother, Deanne’s second-eldest daughter, was schizophrenic, an alcoholic and addicted to heroin.

Deanne had little contact with her daughter in the years that followed, but she did find out that a few years later another child was born. When this second child was five, and the grandson in Deanne’s care was 14, Deanne received a call from the NSW Department of Community Services. “I was working full-time as a midwife in a Queensland hospital,” she recalls. “It was just after midnight when the call came. They said, ‘We have your two grandchildren here and they need to be placed somewhere’. I said, ‘My daughter only has one other child,’ and they said, ‘There is a baby as well. He’s five months old.’ I didn’t even know he had been born.”

The boys came to Deanne in a poor state. “The eldest was traumatised. He had behavioural problems and had been through five foster homes. The baby had already been through two foster homes. Between them, they had all sorts of physical issues – foetal alcohol syndrome, club feet, congenitally missing teeth from the heroin, asthma, eczema… I couldn’t care for the three of them and work as well, so I left my job.

Along the way, our marriage came apart

You’re managing the finances, dealing with jealousy and resentment within the family about Nan and Pop giving these grandchildren all the attention, and you don’t get invited to dinner parties any more because your friends don’t want children around. Along the way, our marriage came apart. It’s a common story among relative carers.”

In 2001, unable to find a support group in her area, Deanne placed a small ad in the newspaper. “I started an avalanche,” she says. “The Grandparents for Grandchildren Society now has 65 groups all over Australia. We even had one great-grandmother who is raising two children. This is much bigger than most people realise.”

Hardships created by this situation have only recently come to light

In Australia, there are more than 30,000 children under the age of 14 living full-time with their grandparents. The hardships created by this situation have only recently come to light with the growing reliance on next-of-kin to take responsibility for parenting children who are orphaned, abandoned or at risk.

Under-resourced social services and a widening gap between ‘haves’ and ‘have-nots’ are resulting in widespread drug, alcohol and gambling addiction, escalating levels of domestic violence and child abuse, and low levels of basic health and nutrition. Children are increasingly left in the sole care of a parent who is not able or available to take care of them. Driven by their own concern or by the involvement of child-welfare authorities, grandparents step in.

Awareness of this issue was raised by a 2004 report by the Council on the Ageing (COTA) that surveyed, for the first time in Australia, a number of grandparents raising grandchildren. The oldest participant in the study was 82 years old and was raising three teenagers on her own. More than half of the grandparents surveyed were raising children under 10 years of age, the youngest being just 12 weeks old. Just over half were raising two or more grandchildren, with some having up to six children in their care.

According to Ian Yates, the national director of COTA at the time, the report offered an insight into the challenges faced by these grandparents. “Many are widows, most have their own health issues to manage, and there may be other caring responsibilities, such as a frail spouse or elderly parents. In addition, children who come into the care of their grandparents are often experiencing emotional trauma and have behavioural problems as a result of the events that brought them into care.”

The report noted that significant hardships were felt at the financial level. “Many of these grandparents have to postpone retirement to provide financial support or have to retire earlier than they had planned in order to cope with demands, which means a drop in income,” Yates said.

“Having downsized from a large family home to a smaller home or apartment, many are faced with the issue of inadequate space. They may have to remortgage or take on a mortgage in order to move back into a larger house. This is difficult if they are retired and have a limited earning capacity. If the children have come from traumatic circumstances there may be special financial needs such as counselling, or attending smaller, private schools. These unplanned costs undermine future financial security and can mean that other children in the family are deprived of an inheritance. These people have worked very hard all their lives and they are watching it all disappear.”

The Federal Government has introduced a Grandparents Child Care Benefit, which entitles grandparents who have day-to-day care and responsibility for their grandchildren to receive up to 50 hours of free childcare per child per week. This may be available even if the arrangement has not been legally formalised. However, said Yates, people who own a house may not be eligible for such benefits. In addition, the Centrelink system can be confusing, with its array of different types of benefits and eligibility requirements.

The care, control and residence was granted to us, but the mother was still given legal aid

Grandparents who have assumed care of children without involving child-protection authorities may face messy and expensive legal consequences if they choose to formalise the care of the children. They may need to return to court a number of times until the parents attend and the matter is settled, paying for their own legal representation each time if they are not eligible for legal aid.

One grandparent couple who took part in the COTA survey wrote: “The legal expenses were horrific, about $50,000 over a two-and-a-half-year legal battle. The mother got legal aid and still does. The care, control and residence was granted to us, but the mother was still given legal aid to take us back to court because the eldest child didn’t want anything to do with her. This cost us $8000. New orders were made which mean nothing to this woman, and the child got no protection from the Children’s Court or the police. The only way would be back to court. We simply couldn’t afford that, [with] no legal aid for us or this child. This mother abides by no orders from the court. To care and keep these children safe and give them their rights has cost us our retirement home and the struggle of our lives and our government failed to help these children and us. But if we’d been on the dole all our lives we would have got legal aid.”

Dealing with the legal system also means understanding the various Commonwealth and State laws and responsibilities, and managing the expenses and complexities associated with obtaining documentation regarding grandchildren. Birth certificates, passports and Medicare cards are difficult to obtain when the caring arrangements are informal and there is no proof of the relationship or authority to request the document.

“The introduction of the Grandparents Child Care Benefit indicates a greater level of awareness of this issue by the Federal Government, but the level of assistance needs to go much further,” said Yates. “We have this contradiction, with State jurisdictions actively encouraging grandparents to take on their grandkids because foster carers are in short supply, yet offering limited legal and financial support for them to do so.”

This is a very hard job, and the older you are, the harder it is

Deanne O’Keefe lobbied politicians to establish a national, non-means-tested allowance for grandparent carers. “You can’t buy food or specialised medical care with your house or your second car or the weekender you’ve worked all these years to pay for,” she said. “Meanwhile, if you are eligible for benefits because you don’t have assets, you may be faced with the new welfare-to-work scheme. I’m not in that situation because I’m classified as a foster carer and I have a certificate which exempts me. But if you are not classified as a foster carer, you have to abide by the run-of-the-mill Centrelink rulings. And as far as general support services go, the States really need to get their act together. … We’re not talking about greed here. We’re talking about people who are going without in order to do the right thing by their grandchildren.”

According to Margot Fitzpatrick, co-author of the COTA report, “Grandparents are naturally sometimes ambivalent about caring for their grandchildren, whether on a full-time basis or as regular child-care providers while parents work. They can feel exhausted, resentful, put-upon, anxious about their health, worried about coping, etc., but at the same time delighted to be involved in raising their grandchildren, pleased to be useful, full of love and extremely protective.”

Deanne agrees that conflicting emotions are common. “This is a very hard job, and the older you are, the harder it is. Against that, it is amazing how it changes your approach to life. I am so much more accepting of things that I wouldn’t have tolerated when I was younger – behaviour that I let pass now because in the greater scheme of things it’s just not that important. The eldest boy is 23 and doing well, and I’ve found wonderful support services for the younger two so I can see the light at the end of the tunnel for them. I can cope now because I just pick up the phone. You have to reach out. You have to ask for help because it won’t come to you. And once you ask, you’ll find us all just at the end of the phone line.”