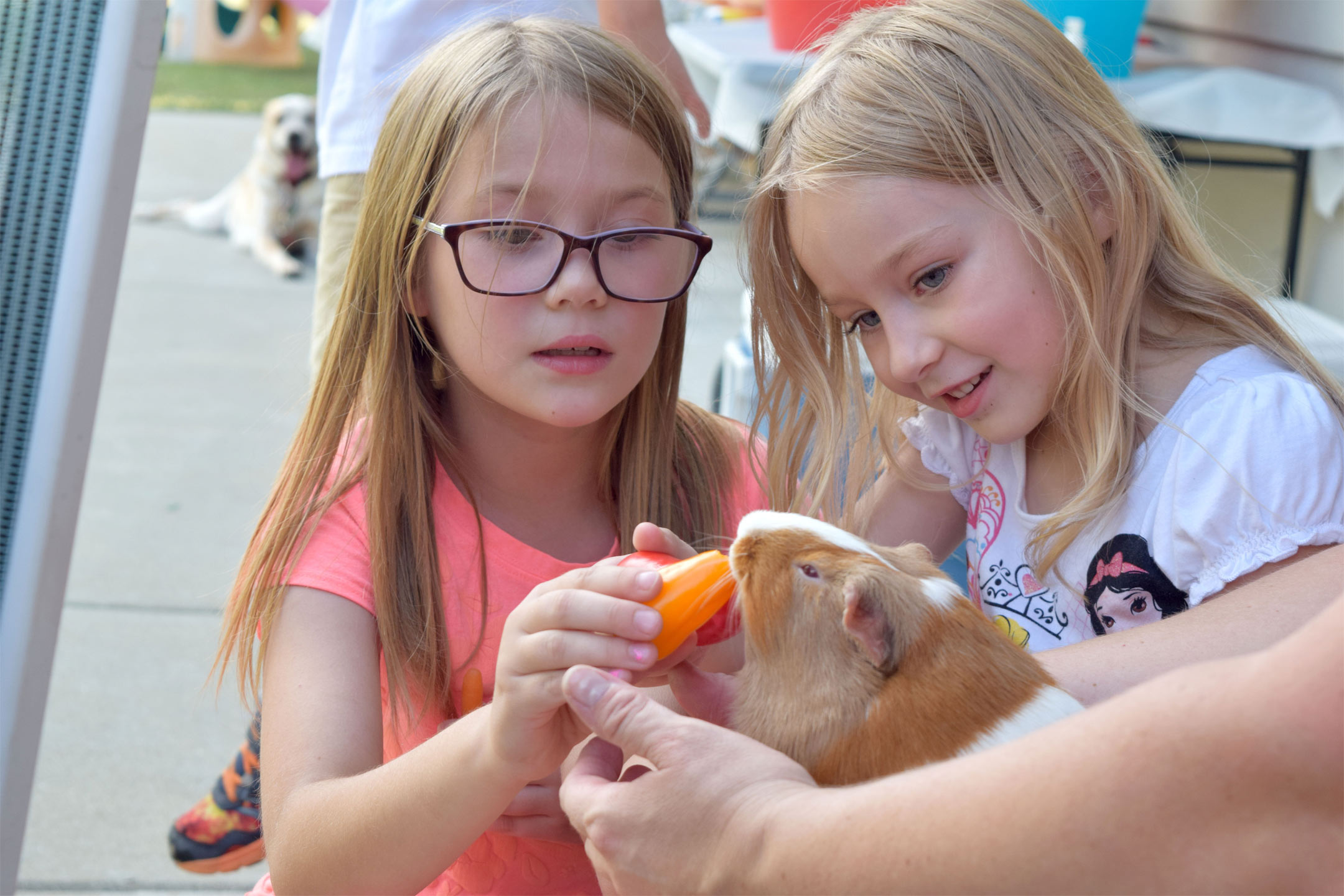 12 May Fur Better or worse

Posted at 17:35h in Editors Picks, Education by Editor

I’m just not an animal person; love of creatures is not in my nature. My dad tried to pass on his love of animals, so we had rabbits, guinea pigs, fish, birds, mice and dogs throughout my childhood. He once gave me an almost-dead, day-old chick that had been abandoned by its mother, to hold in my hands and keep warm. Though my burgeoning maternal instinct wished it well, all I could think of was its needle-like claws digging into my palm, and how much longer I was supposed to cradle it.

My mother recorded my early animal aversion in my baby book: “I like horsies, but I don’t want to touch them”. Not much has changed since. I don’t dislike the beasties, it’s just that I prefer not to have any dealings with them. I don’t want the responsibility of caring for them, feeding them, cleaning out their cages or touching their scratchy, ugly feet.

As a parent, I held out against pressure from my offspring for almost a decade before we became a family with pets. Now, two palm-sized baby guinea pigs (cavies) have wriggled their way firmly into the fabric of our family. Caramel Fudge and Chocolate Brownie are here to stay.

The driving force behind our with-pet status was our daughter. Inspired by her friends’ cute cavies, she used every trick in the book – wheedling, cajoling, nagging and emotionally blackmailing – to get permission to have a pet of her own. I finally gave in, convinced that I’d dealt with my animal aversion sufficiently to allow my kids the chance to give pets a go.

My daughter’s enthusiasm was extravagant. She built a Guinea Pig Express from a shoebox and painted and decorated it. She thought about the cavies day and night. Alas, our initially ardent animal lover is not so attentive to her little friend now that the novelty has worn off. 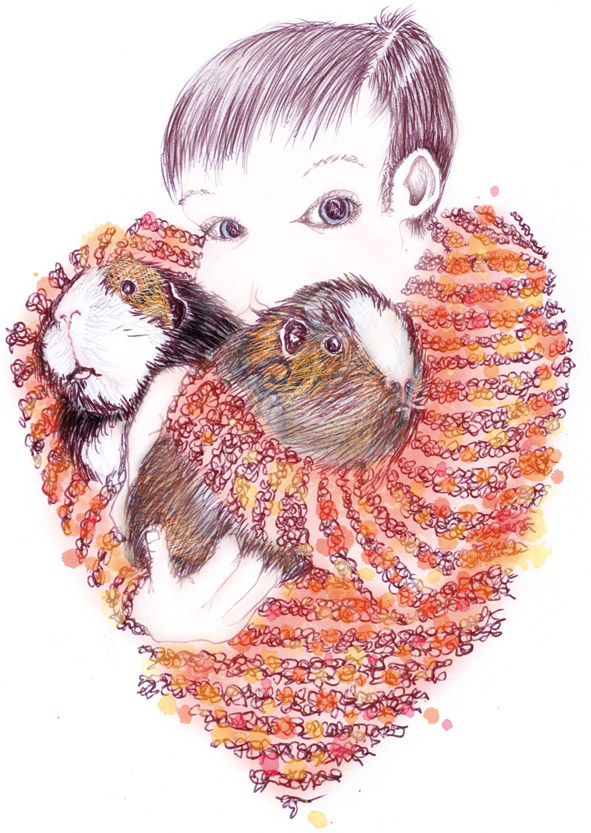 As I watch my son with Chocolate Brownie curled up in his lap, I feel a wave of remorse wash over me for my years of pet procrastination. Eight-year-old Finn, it appears, has waited his whole life to have a pet. The morning after we brought the guinea pigs home, he was up in the pre-dawn light to check on Chocolate Brownie and give her a cuddle and some food. She happily submits to stints in the Lego houses he makes for her, and rides in the back of his toy trucks. Her silky coat reminds him of the blankie he had as a baby, and the comfort she brings him is palpable. It warms my heart, and I can’t help but smile when I see them together.

And that’s what was missing for me. I have never experienced that connection with animals; that little spark of joy or companionship that is so natural to other people. But now, as I watch Finn with his fuzzy friend, I’m finally starting to understand. I’d never have thought a furry, four-legged, squeaking, pooping machine had anything to teach me, but I was wrong.

I’ve learned that, where possible, parents who aren’t animal people should try not to get in the way of their children experiencing the joy of a pet. Who knows what they might get out of it? Surely it’s worth it for lessons on responsibility, caring for others and the first faint stirrings of parental love. Even if it means having to deal with the stinky little pellets the critters leave behind.

Guinea pigs, also called cavies, are a domesticated species of rodent (Cavia porcellus). They were originally native to South America.