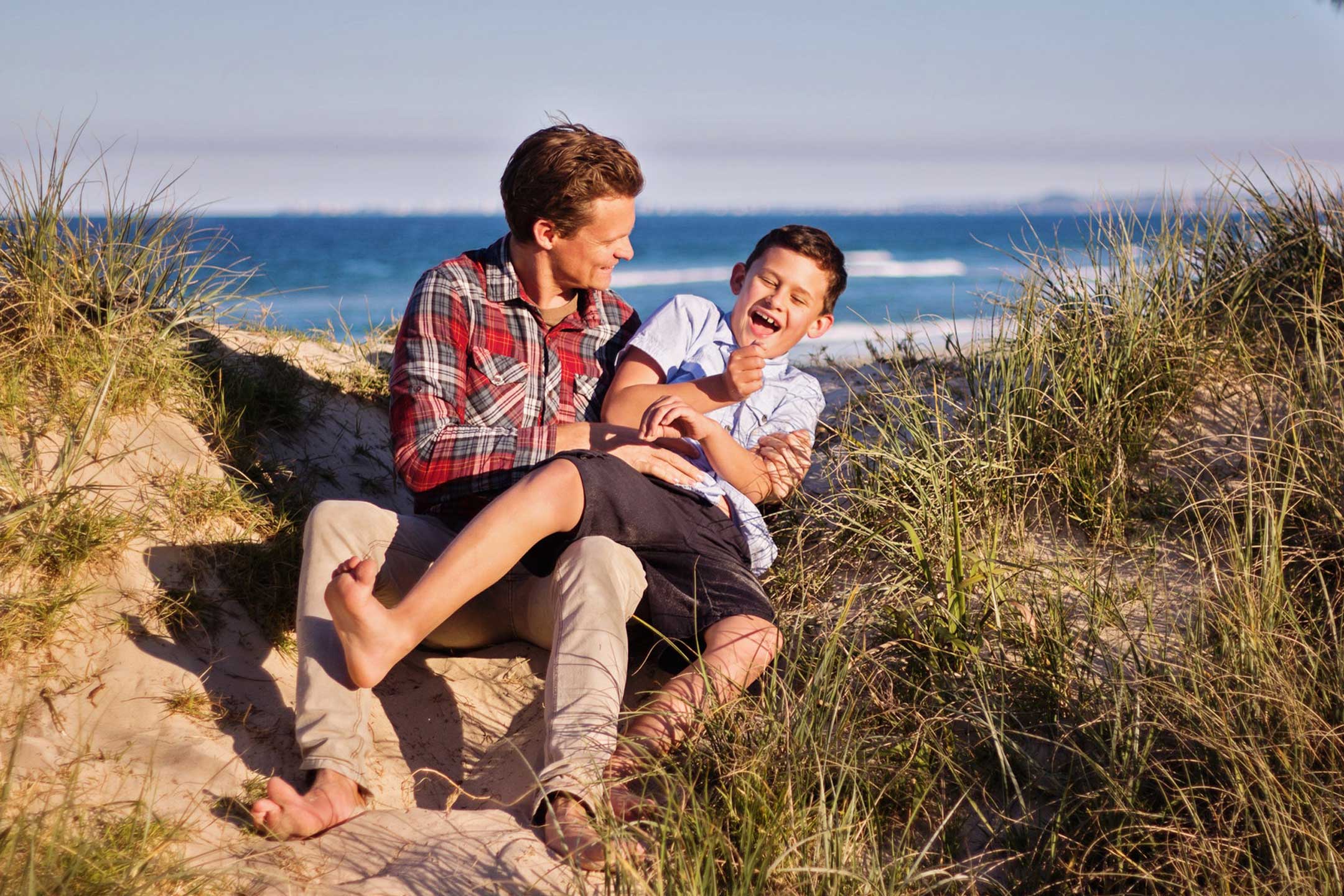 18 Mar Getting real about masculinity

Posted at 18:21h in Editors Picks, Inspire, Validate by admin

As we’ve seen, it’s when boys are between six and fourteen that they start to learn about being a man. During this time, little boys often see their dads as heroic, near-perfect figures, capable of anything. These are the ‘superman years’, a time of love and admiration for dad. And dads can use their superhero status to do a lot of real good for their boys, instilling important values and traits in them that will serve them well in adolescence and then adulthood. It’s when we can lay the foundation stones for their character.

Take something as seemingly straightforward as physical play. Kids love running around chasing one another, climbing on things, collecting sticks and other treasures, playing pretend and jumping all over equipment at playgrounds. Play and exploration is the biggest and most fun way they get to know their friends and experience the world. Good old-fashioned rough-housing and horsing around is also one of the most common ways that fathers interact with their sons. Play is not just an activity for kids, it’s a way to understand the world. They get to experiment with cause and effect. That includes the physical and emotional reactions other kids have when they do something.

When young kids play together, they’re like particles in the Large Hadron Collider, whirring past each other at increasing speed, each on their own path, until they inevitably bang into one another. It’s no surprise that boys can be a bit more rambunctious than the girls they play with, or the younger kids around them. But excitedly pushing someone over in a game or punching them in the arm may not be much fun for the kid on the receiving end. It might hurt or come as a shock, making them feel sad. When dads play with their sons at a young age, they can teach them not only what is fun, but the importance of restraint and consideration of the physical space of others. Fun means fun for everyone, and that also means everyone needs to feel safe from unintentional harm. Dads can help young boys understand that their actions while playing have repercussions. That accidents happen, and they need to stop or slow down, take a moment and check on the person who may be hurt or not feeling so flash. While encouraging their sons to dream up imaginative, awesome games as they charge around the place, dads can show why boundaries matter, and why it’s necessary to read other peoples’ reactions and be considerate of them……

Dads can also show their young sons how to express their feelings and emotions without resorting to physical outbursts or hurting others. Little kids like to hit, kick and throw stuff to show their displeasure. In those tender years when they’ve emerged from toddlerdom and are starting school, they can be full of emotions that they don’t quite understand. Remember the research on boys going through the full-on fours and the emotional eights, for instance? A happy, calm little guy can be turned into a raging maniac because of even a minor setback, a small accident or being told ‘no’ by a parent. It may take hours for them to get their anger or frustration out of their system. They want to make sure everyone knows how upset they are.

Expressing their frustration through words and not physicality is a lesson many blokes still need to work on because we’ve not been taught well. We still tend to tell boys and young men not to carry on, whinge or complain, and we too often tell them not to cry. We’re not great at helping them handle disappointment or frustration, be it major or minor. The result is that many men still react like young boys when things go wrong. I’ve played cricket for most of my life, and for most of that time, I’ve watched a very good friend (who’s a handy cricketer, too) chuck major tantrums when he gets out. He throws every piece of batting equipment across the change room and swears and stomps around as if he’s just lost the Ashes. It was understandable when he was fifteen; not so much when he was 30 and still doing it.

Our boys need to be taught that it’s okay to have emotions and that it’s not okay to lash out and hurt others. It’s one thing to say that to an upset boy; it’s another if that same boy sees dad demonstrating that behaviour. If dad throws stuff at the TV when his team loses, punches the couch, bubbles with rage when something goes wrong or even takes it out on his partner or children, that’s the lesson the boy will learn. Boys need to be shown how to use their words to describe what is going on inside them. They need to learn how to handle anger and frustration in a way that doesn’t suppress those feelings, but articulates and expunges them in a healthy way.